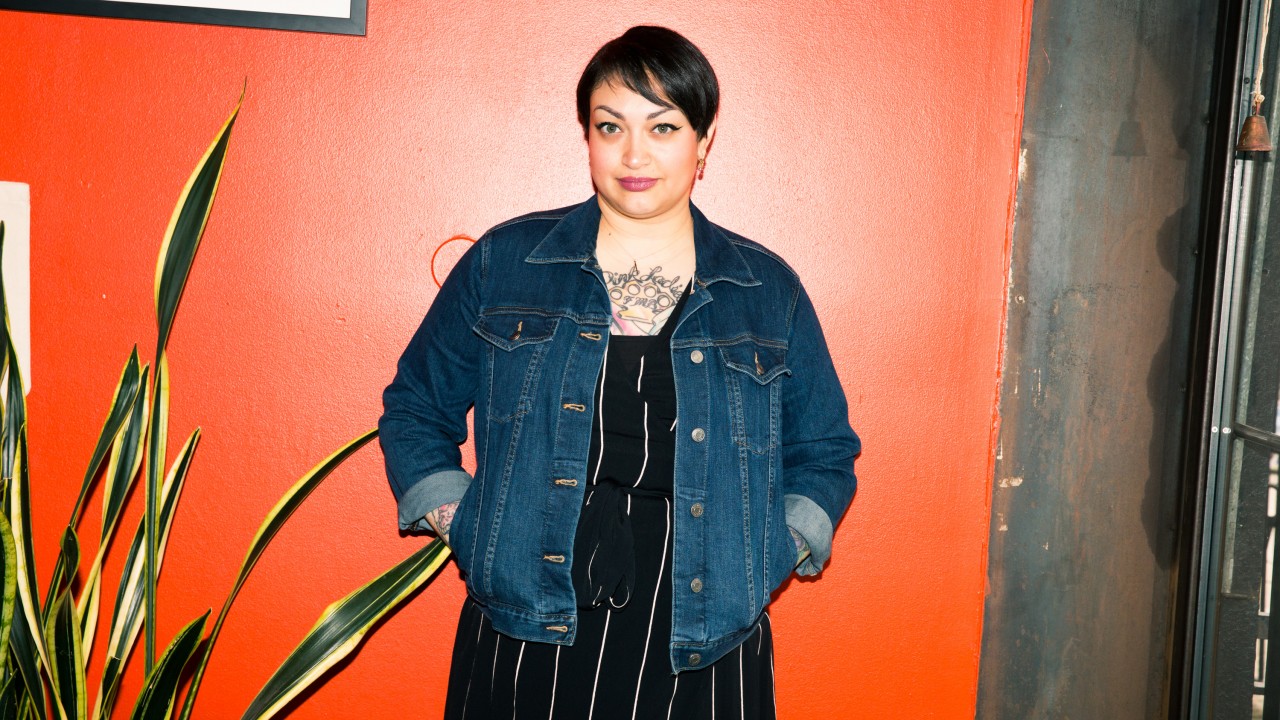 We Let Social Media Convince Us To Get a New Piercing

Cassi Lopez knows how to curate the perfect ear.

Sitting in the lobby of New York Adorned’s tattoo and piercing shop surrounded with glittering jewelry, Cassi Lopez is unknowingly convincing me to go through with an ear piercing post-interview. “In so many senses, I feel like women are definitely a lot tougher than people really give us credit for. Physically, mentally, emotionally—so many different ways. I feel like we’re able to manage a little bit more pain.” Hell. Yes.

It’s just the kind of pep talk I need before relinquishing my ear—already replete with five scattered piercings—to her more-than-capable hands. In under three minutes (seriously!), I’m the proud owner of a gold cartilage piercing, and more convinced than ever that Lopez is both a master of her craft and one of the most resilient people I’ve ever met. 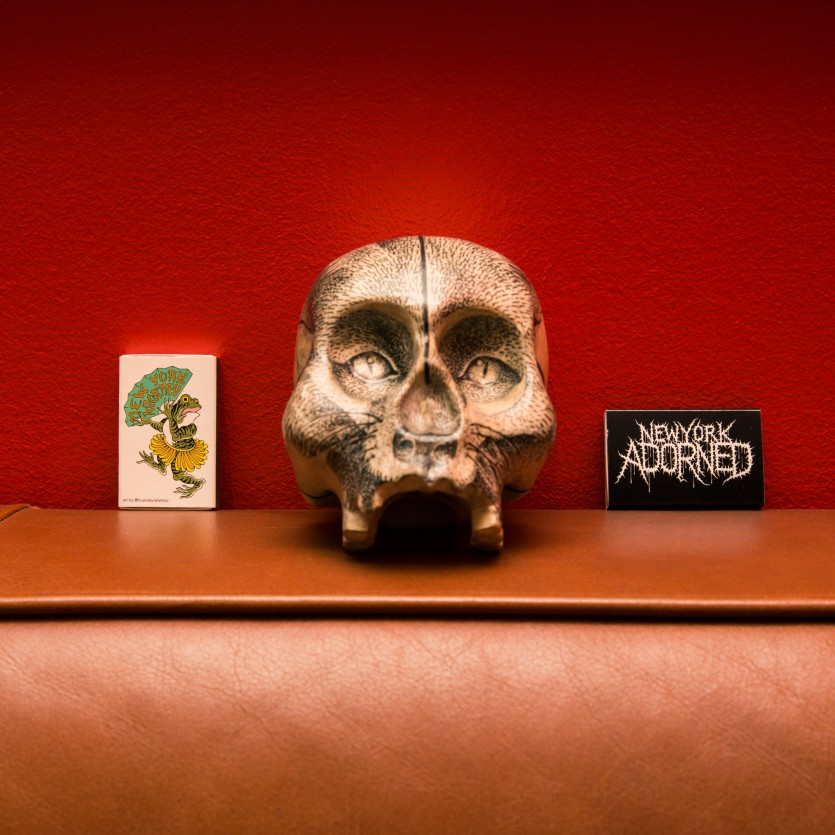 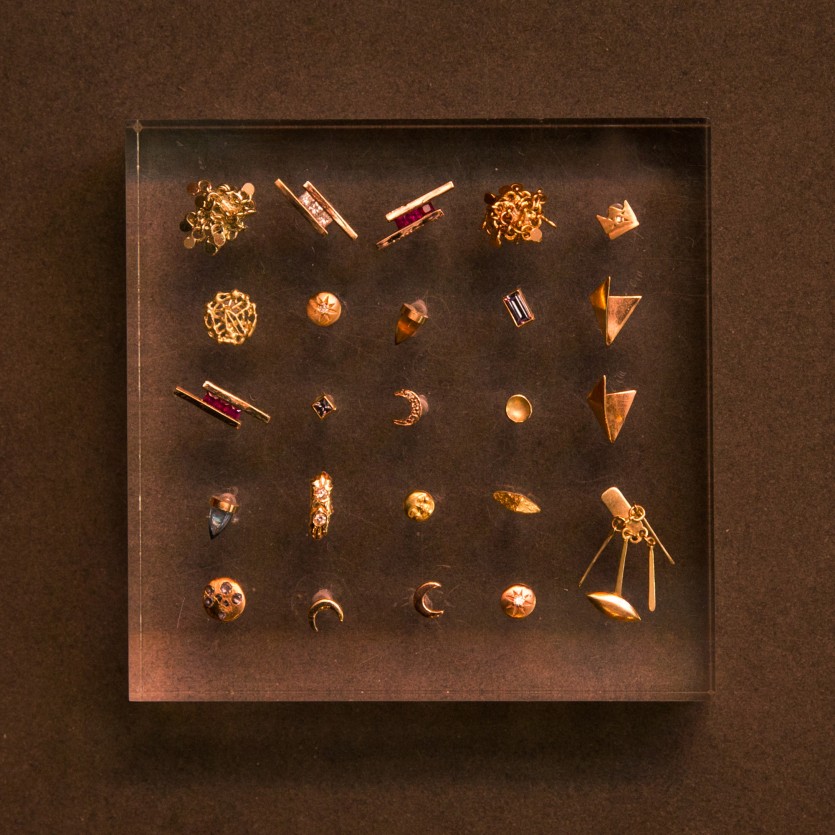 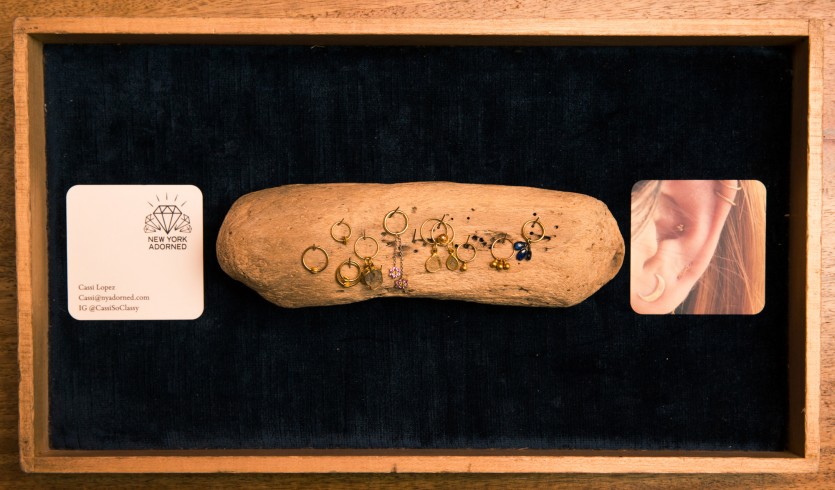 Case in point: In late 2015, the professional piercer underwent brain surgery to remove a sizable noncancerous tumor. “My brain was swelling, [and] it was pushing against the tumor in my sinus cavity, which was creating cracks in my skull. It was bad. I couldn’t lay anyone down when I was piercing them [because] I would look down, and fluid would just pour out of my nose. It made work really difficult.”

Ten months of countless CAT scans, X-rays, and even exploratory surgery later, doctors finally implanted a shunt in her brain to relieve the pressure. “It was a crazy thing that doesn’t happen to anybody. I don’t wish it on my worst enemy.” Even after the procedure and six months of recovery time, her positive outlook remains unwavering. “Life has been good to me, I can’t complain. I wouldn’t change a single thing. It made me work my ass off more.” 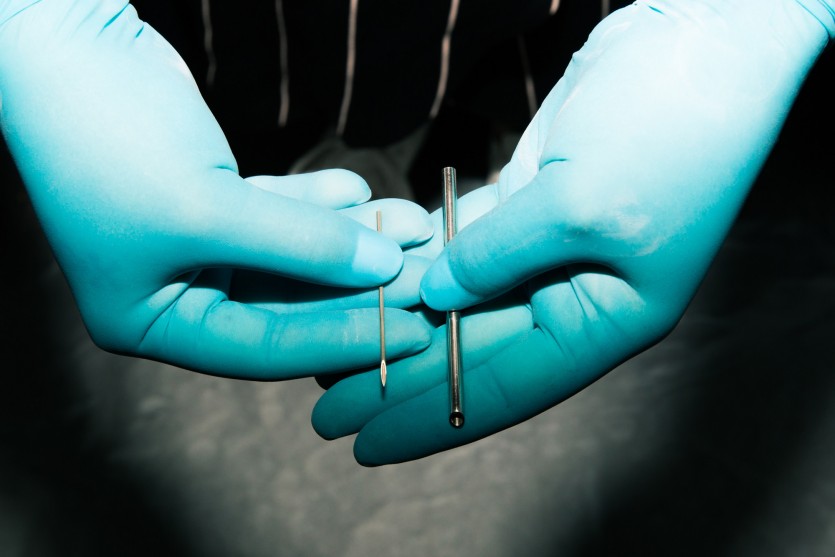 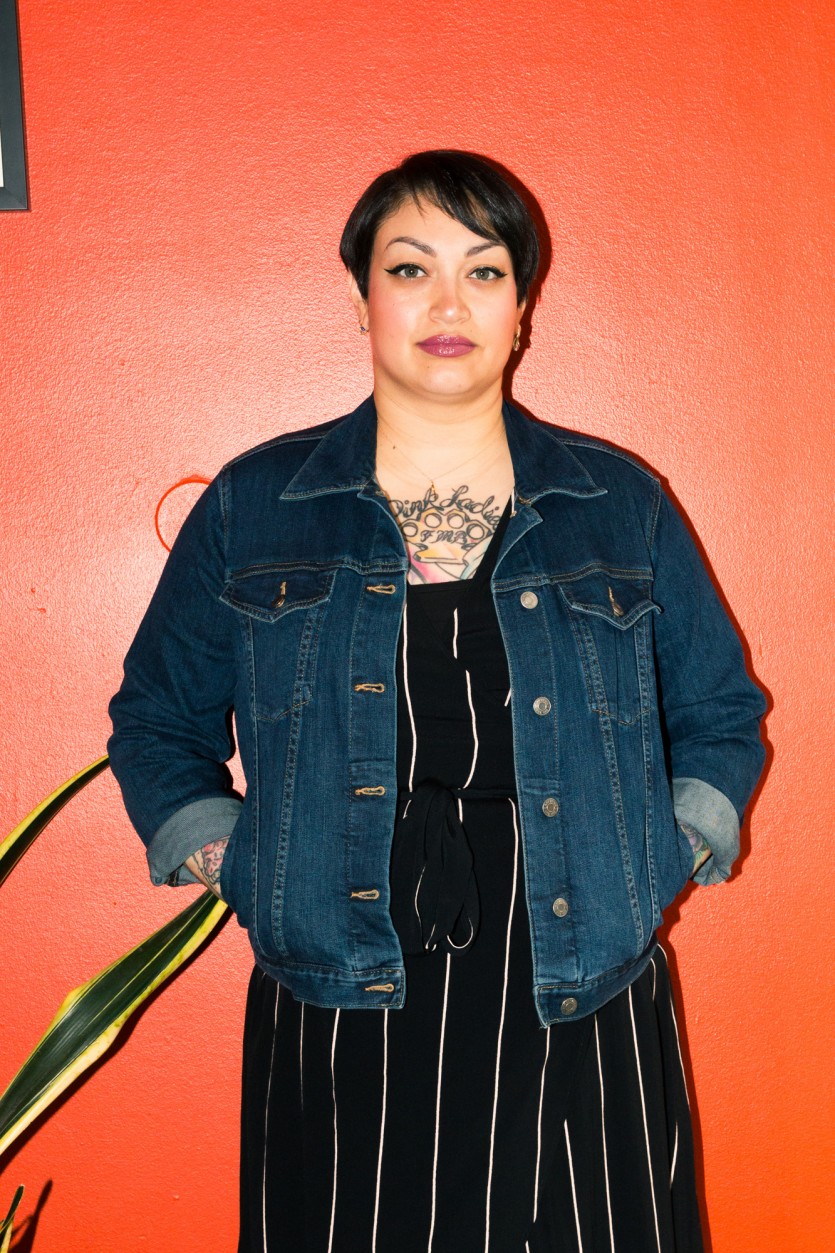 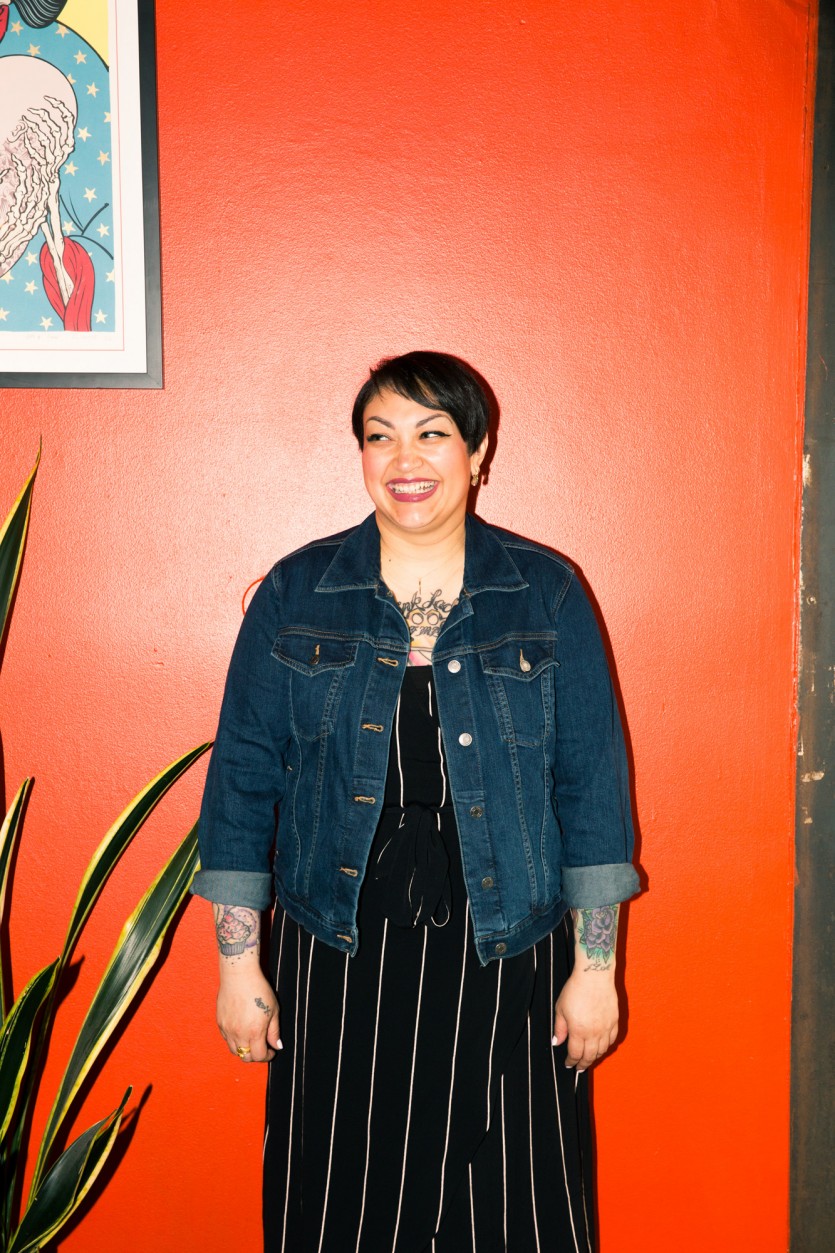 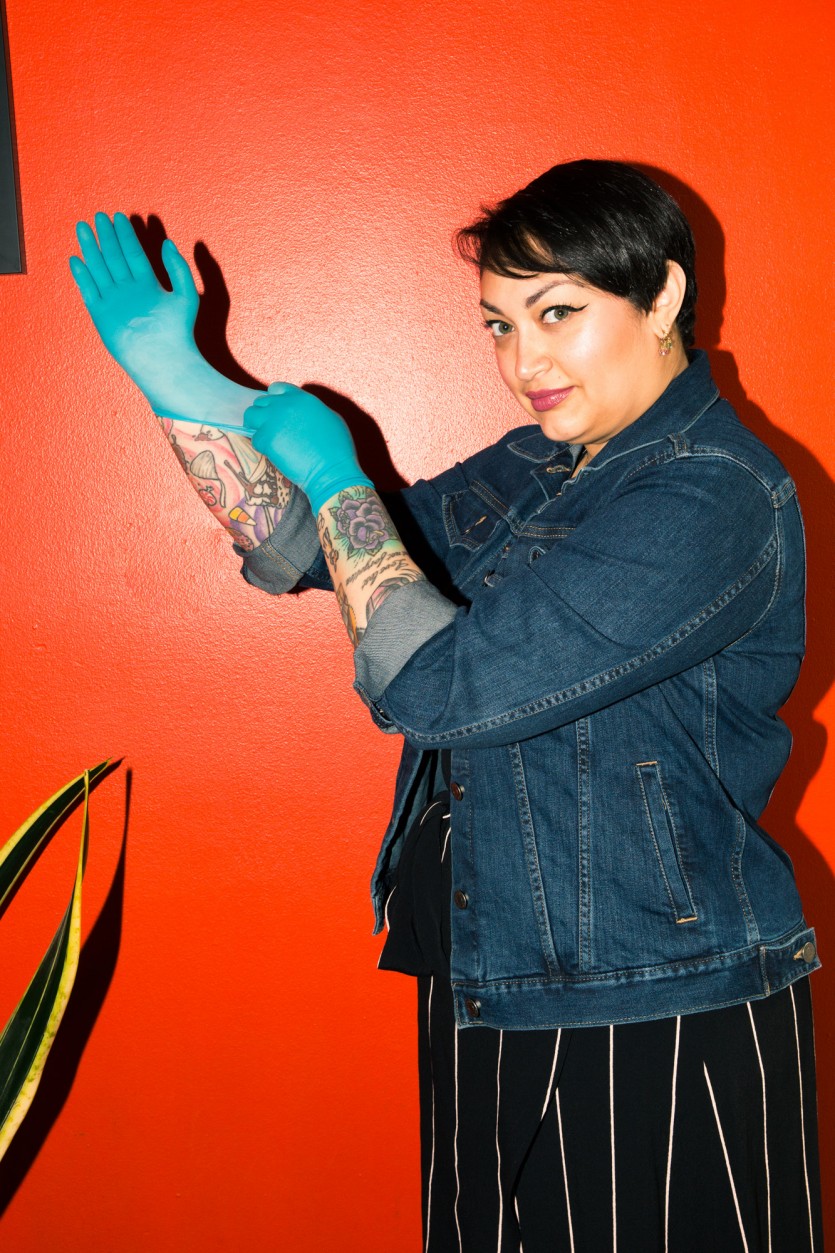 Now Lopez is thrilled to be back piercing at New York Adorned, a 20-year-old East Village shop with a near-cult-like following. If you’re one of Lopez’s 21k Instagram followers (and if you’re not, get on it!) it’s easy to see why—her feed is stacked with clients sporting enviable collages of new jewelry. She’s honed her skills over more than a decade, starting in a Long Island tattoo shop while she was still in high school. “For most of my teenage years, I would pierce my friends—I was that kid. I used to cut school and go hang out at this tattoo shop. The guy that owned it said, ‘Well, if you’re going to hang out here all the time, you might as well work for me.’ So, I would go to school, get out at 2:00, and then go work at the tattoo shop piercing until 10:00 every single day.” Although she never received a formal apprenticeship, Lopez eventually learned the ropes, left school, and began to work at the shop full-time.

After almost nine years at the Long Island shop, Lopez was eager for a change and reached out to the owner of New York Adorned, Lori Leven, on MySpace (remember 2009?). After meeting with her, she was hired on the spot. Since then, she’s seen the popularity of piercings explode, thanks in large part to social media. “It’s the perfect industry for Instagram. I feel like nobody really has portfolios anymore, it’s all right there on the Internet.” She also receives almost daily requests for a total ear makeover rather than just a single piercing. “At least once a day people will make an appointment for styling, and they’ll just let me go to town. It’s the best when people give you free rein, because you can really work with what they already have.” 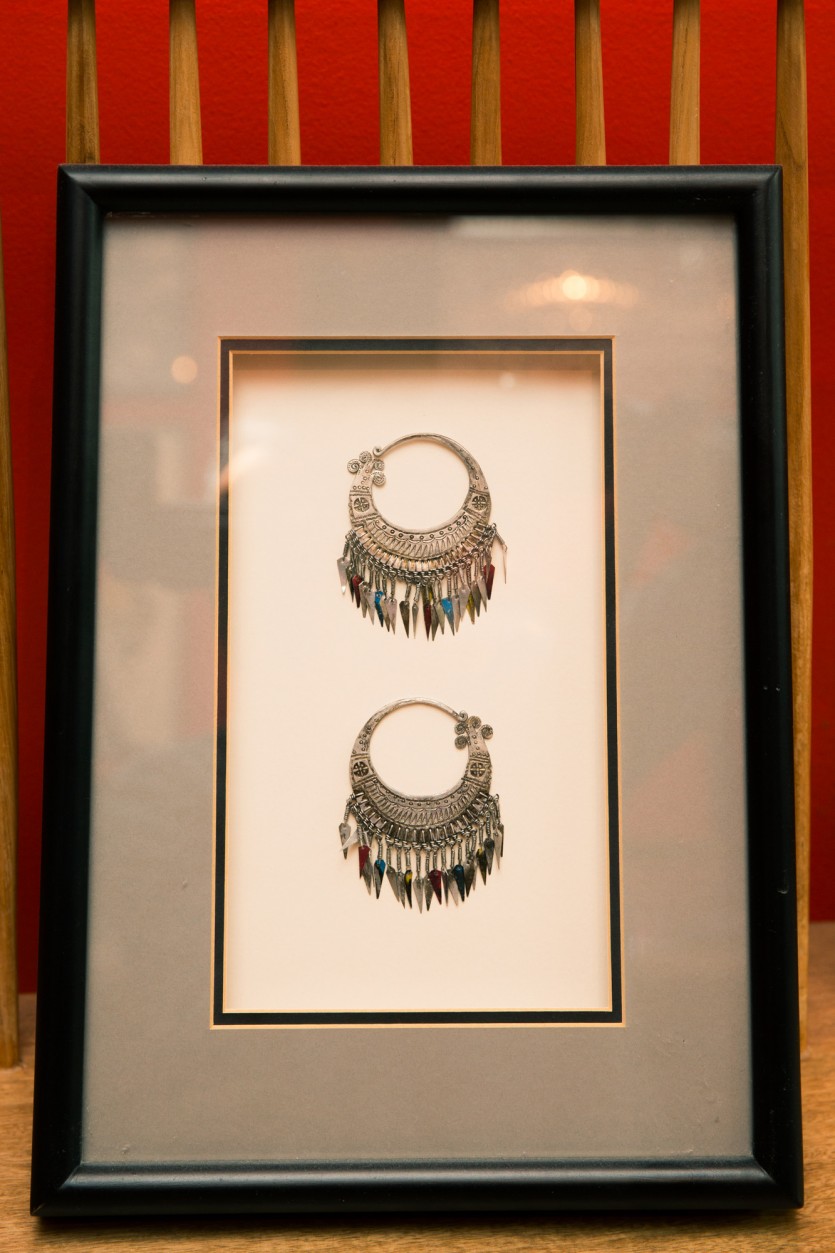 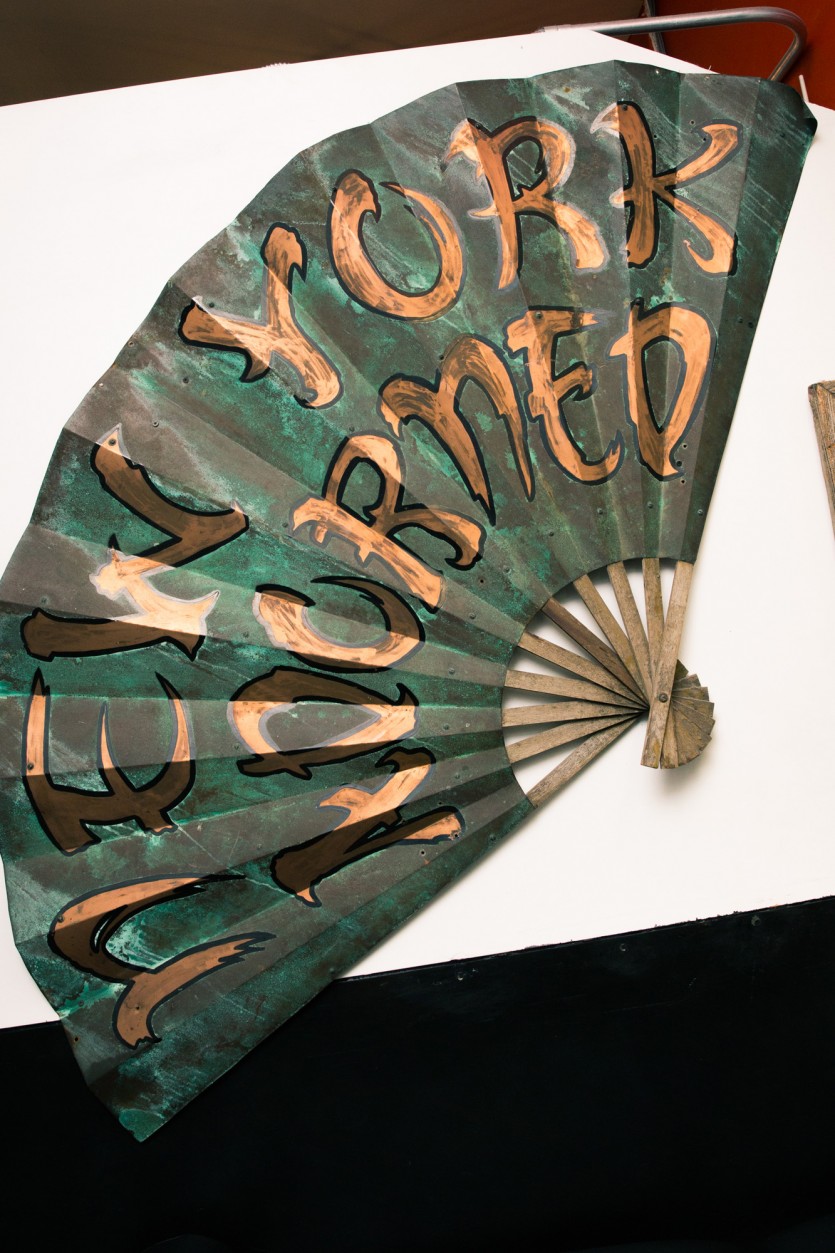 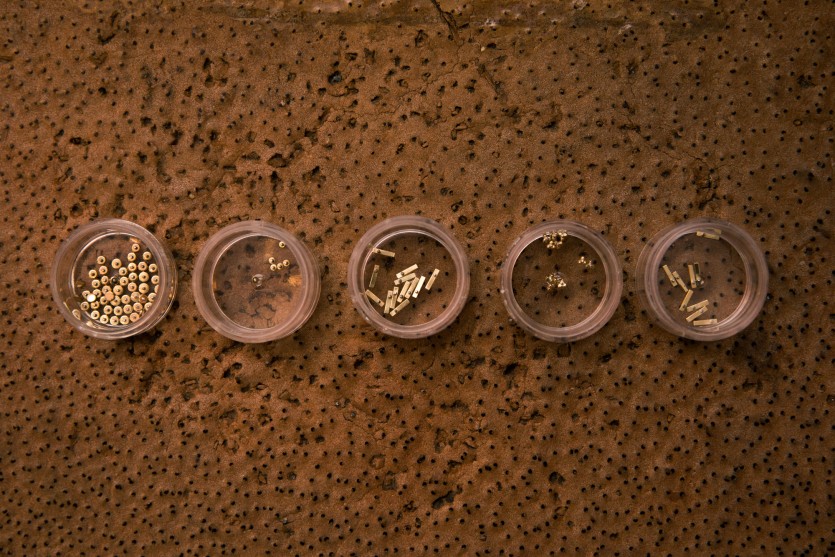 While I didn’t have enough open space to let her completely curate my ear, I’m sure that I’ll return to Lopez soon enough, especially if she ventures into designing her own jewelry. “[Making jewelry] has definitely crossed my mind. We might do a collection of piercing jewelry specifically designed by piercers here [at New York Adorned].” If you’re looking to be pierced by Lopez but aren’t visiting New York anytime soon, you can catch her on the West Coast later this year at the shop’s Santa Monica outpost, as well as another guest spot in London, and maybe even Australia. The possibilities are endless with her health now intact, and the self-proclaimed workaholic is eager to move forward with her life and her career, full steam ahead. “Everything happens for a reason. I’m alive and that’s all that matters.”