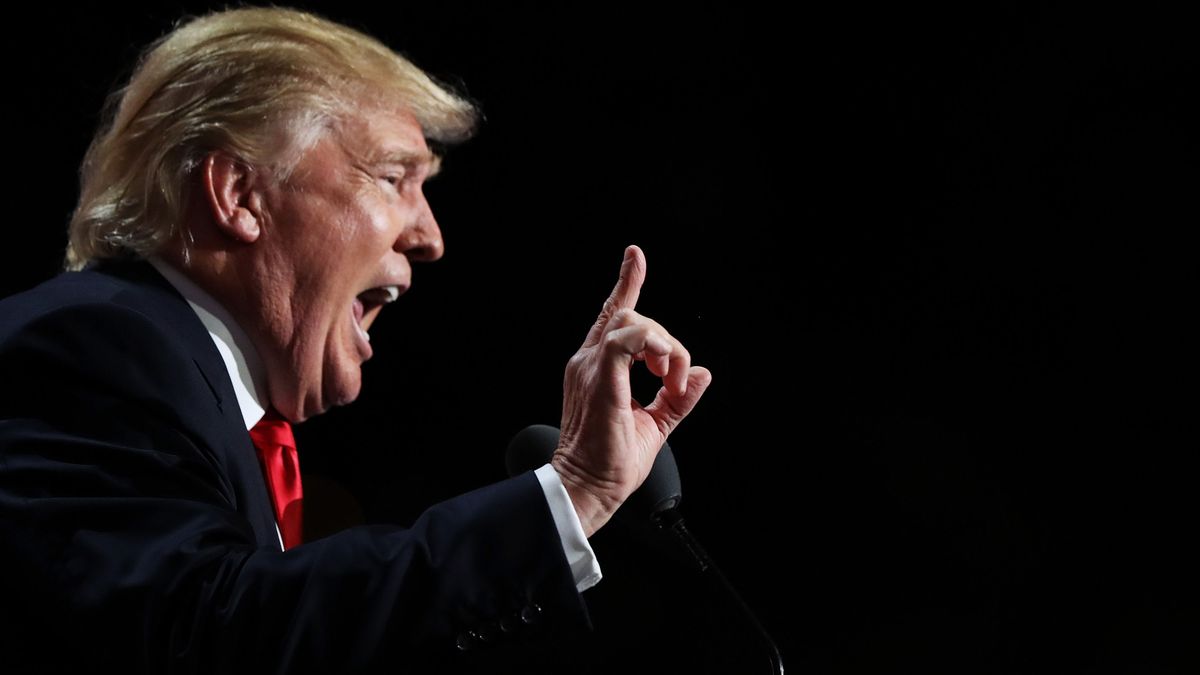 It actually *is* possible to cross the line.

In one segment of last week’s Chelsea, Chelsea Handler’s Netflix talk show, she interviewed three Trump supporters about why they still believe they voted for the right candidate. After a lively debate about The Wall, inter-presidential relations, and Christmas in the White House (don’t ask), Handler’s face puckers.

“What do you think about his physical…body? What’s wrong? What’s happening to him?”

The men look caught off guard. “As far as?” one asks.

Fast-forward to this week, and Joy Behar opened The View with a three-minute segment on Trump’s “binge eating”—unflattering photos and all—kicking the festivities off with the knee-slapper, “He needs to build a wall between himself and those Ring-a-Ding-Dings*.” Toothy cackles all around.

Ladies. For the love of Emma Watson’s personal library, what is wrong with this picture?

We’ve fought so damn hard to stop men from shaming our bodies. We scream bloody murder (or at least tweet in all-caps) when Barstool Sports comments on Rihanna’s weight gain (as well we should), then giggle about Trump’s presidential potbelly in the same breath.

Look, I’m no Trump fan, and I need to heed my own advice. Yes, his politics are terrifying. Yes, he’s snatched reproductive rights and grabbed pussies and ruined the reputations and careers of the women who’ve crossed him. But how can we demand that men leave our weight between us and the bathroom scale, then turn around and troll the ones we dislike with the exact same shallow commentary?

In the grudge-holding, name-calling, Twitter-battling new age of Trump, what we say matters. When we mock Trump’s appearance online, we’re giving him permission to mock our appearances online. When we comment on his body on an internationally streamed talk show, we make it okay for him to continue calling Rosie O’Donnell chubby in interviews. When we make his weight a punch line, we make it karmically kosher for him to continue calling models “Miss Piggy” and “no longer a 10.”

To trump the king of hypocrisy, we can’t be hypocrites ourselves. If you want to eradicate body shaming, then there are no exceptions to the rule: not even the Donald.

So lead by example. Criticize his policies, not his paunch.

*I think she means the snack cakes Ring Dings.

Politics
More From the series Opinion