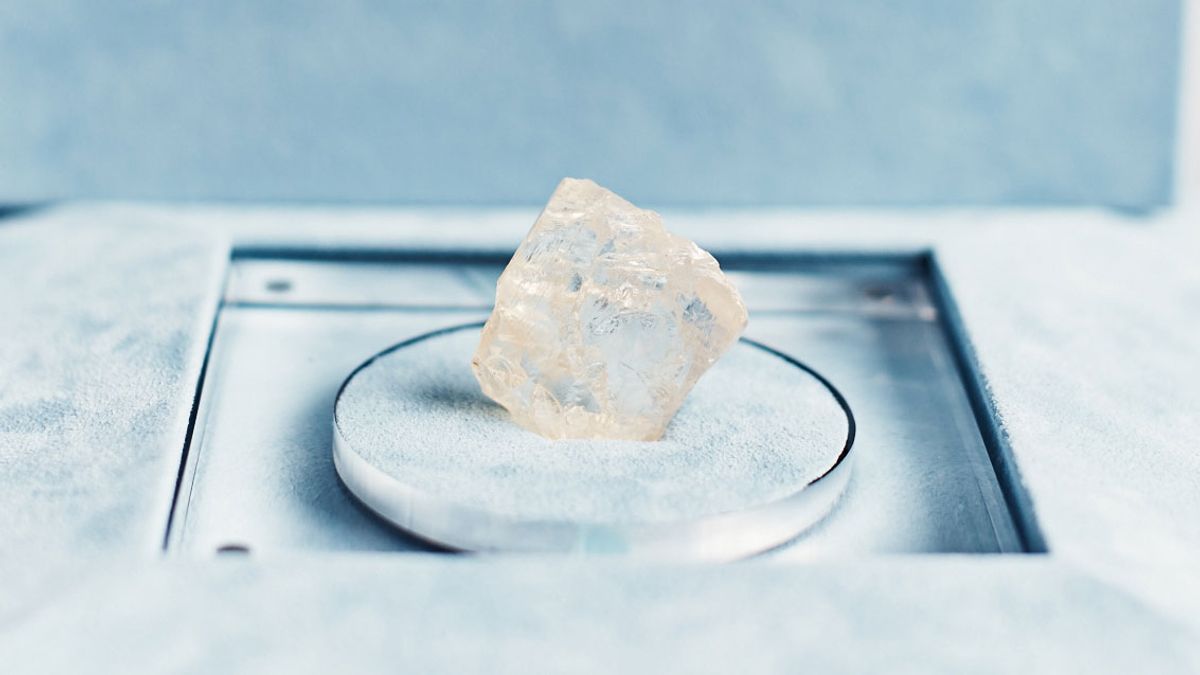 The Largest North American Diamond (Ever!) Is Almost as Big as a Cupcake

Can you imagine anything more enticing than the largest diamond ever found in North America? Probably not. Which is why we had to see it for ourselves and, of course, put everything we could think of next to it. NARS cream blush stick in Orgasm? Sure! A mini Buddha? Of course. A Magnolia cupcake? Delicious and a no-brainer!

We also had a chance to speak with Deepak Sheth, the President of Amadena Investments, who is the current owner of the Foxfire Diamond, and learn all about it. Deepak’s hope is that “a high-net-worth individual buys it, enjoys it for some time, and then they can name this diamond with their family name and gift it to a museum, so that the family’s legacy will continue forever.”

Although we can’t help but think how amazing the Foxfire Diamond, which weighs in at 187.63 carats, would look as a necklace, buying it and naming it after our family until it is inevitably displayed at a museum sounds like a nice alternative. Read on for seven facts about the diamond, and imagine all the amazing things you would do with it if you could.

1. It’s one of a kind, very rare and the largest uncut, gem-quality diamond ever found in North America.

2. It is 10x the size of the typical rough diamonds that are found.

3. It was almost crushed by the machine that separates diamonds but was discovered because of its unique shape.

4. It’s from Canada (like us!) and was found in the Diavik mines up in North West Territories, beneath a frozen lake thousands of miles from a city.

6. It had its own exhibit at The Smithsonian and was displayed alongside the historic Hope Diamond.

7. The Foxfire name was inspired by the northern lights, which, according to Aboriginal myth, light up the sky like a stroke of undulating fox tails.

Jewelry
More From the series Fashion