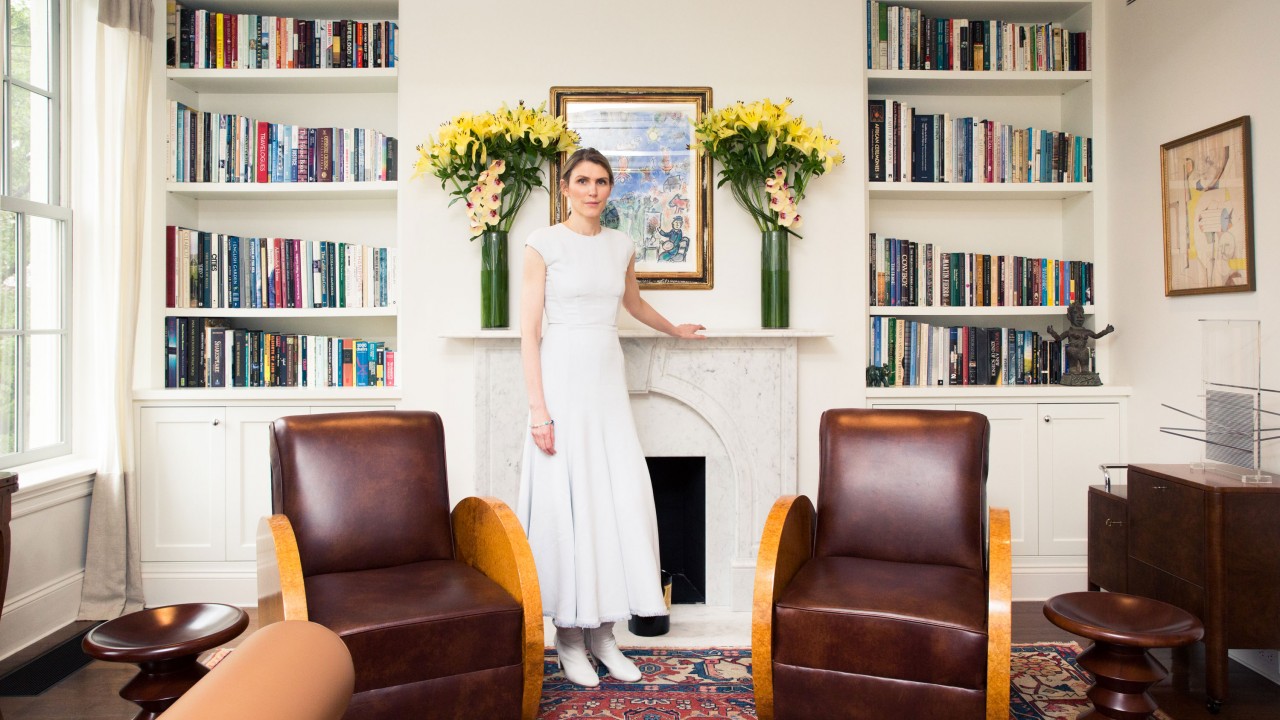 There aren’t many times we walk into a home and are absolutely floored by it. But then again, there aren’t too many homes that housed James Baldwin during what have been called “his most prolific and creative periods” and are now inhabited by nominees for CFDA’s Swarovski Award for Emerging Talent.

Such is the case for Gabriela Hearst’s West Village town house—James Baldwin was actually one of the influences for her fall 2017 collection. Every inch of it (as in the two dining and sitting rooms, and the all-marble-everything bathroom with a view) reflects the designer’s sophisticated but comfortable aesthetic, and despite being incredibly fancy, it’s also unbelievably comfortable.

Click through to get the full view of her home.

“My aesthetic is about not a lot of clutter, but pieces that inspire me. In a few words, character that is straightforward, interesting but not too distracting to the eye.”

“James Baldwin used to live here. It’s inspiring to know that your home was the home of an artist and voice of an era like him.”

“I’m a Scorpio, and my fellow Scorpio friends have been gifting these to me for years. I put them on my bookshelf as an altar for good luck. It has worked so far!”

“I worked with an architect who understood how personal our home was to us. He elevated our idea of our home—it’s still comfortable and not intimidating.”

“The marble bathtub came with the house. The previous owner had it made in Italy—it’s carved out of one piece. It’s so beautiful, and I don't use it as much as I would want to.”

“My best friend Steph bought this locket for my lucky chain a few Christmases ago. She bought it on 1stDibs and printed tiny pictures of my family to put inside. It’s one of my most precious possessions.”

“Our bedroom is my favorite room. It’s where we spend a lot of time off together as a family.”

“The glamourous people are my husband's family and the gauchos are mine—it’s easy to see the difference. I think pictures are very inspiring; the clothes, the time period. It's also nice for the children to see them on the walls. Honoring your ancestors is always a good idea. We wouldn't be here without them.”

“The idea for the twins’ bedroom was them, double trouble. Gemini twins. A place where they can do their schoolwork, grow and play.”

“The Diego Gravinese paintings in the living and dining room are my favorite in the house. I know him, I know how incredibly talented he is and committed to the discoveries of the truths of life.”