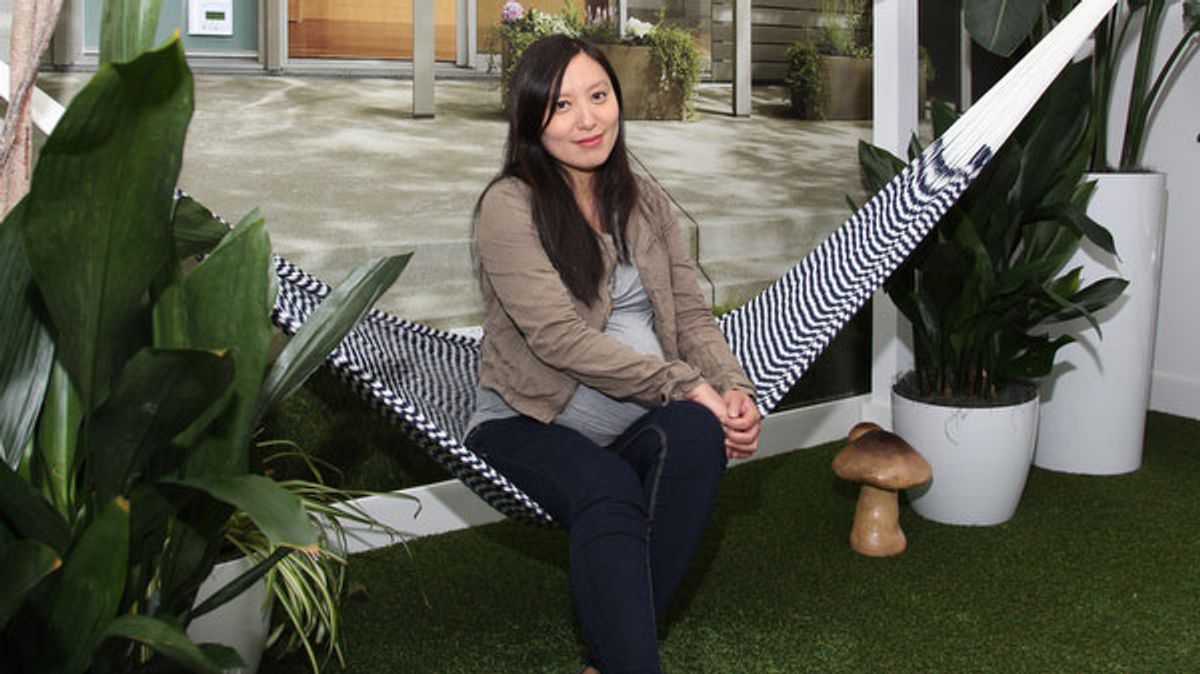 It’s Time to Stop Competing with Other Women at Work

Houzz’s lead of visual technologies, Sally Huang, talks the benefits of supporting one another, especially in a male-dominated industry.

It’s a feeling that’s almost always followed by guilt: jealousy over a fellow female coworker getting that perk or promotion or even some silly pat on the back that you thought *you* deserved. But the truth is, even in male-dominated industries, someone else’s success shouldn’t be seen as your failure—and, perhaps, no one can explain that better than Sally Huang, lead of visual technologies at Houzz.

While the company may be the exception (it was co-founded by a husband and wife), it’s hard to ignore the fact that there *still* aren’t many women working in tech. We met up with Sally—right before she went on maternity leave!—to find out how she got her start and why it’s so important for women, as well as the industry, to support women.

How she got her start:

“I had a really hard time choosing one major in college. I loved engineering, but I also loved film and visual arts. Luckily, I stumbled upon a group of people doing research in 3-D graphics and came to realize that for industries like video game that mix visual arts and technology, I could be really valuable with a cross-disciplinary focus. I was able to get internships in the game industry as both a programmer and an artist, and that hybrid experience propelled my career. I went on to work for some pretty big video-game franchises including The Sims and Halo. It also helped that I’m a video-game nerd!”

When she made the switch:

“I started to realize that much of the technology and techniques I was working with could be applied to solve real-world problems. Eventually, I caught the startup bug and left games to start my own company, applying video-game technology to solving visualization problems in the interior design and home furnishing industries. At the time, it was just myself and a co-founder, and we met with Houzz for a very open-ended partnership discussion. Even in our earliest meetings, I had immediate chemistry with the company. There is a great, family-like collaborative culture and an amazing product vision. When we were given the opportunity to join Houzz and build out our vision as part of the company, it was hard to say no.”

The new feature she developed for the Houzz app:

“It’s called View in My Room 3D. It allows people to visualize products in their home before purchase. You can select a 3-D-enabled product, point your phone camera to where you want to place it within your own room, and View in My Room 3D will draw a 3-D image onto your screen as if the product was really there. You can rotate and move the product, and add multiple products to a room to see how they would work together.”

If she uses the app herself:

“Yes! I relocated from Seattle to Silicon Valley when I joined Houzz, and I bought a condo not so long ago. Houzz has definitely helped me through a lot of my own interior design dilemmas. Right now, I’m using it to collect ideas and products for a nursery.”

On the importance of women supporting women at work:

“I’ve been lucky to be surrounded by a lot of very supportive women throughout my career and believe that has contributed to mutual career success, as well as to creating a healthy work environment. I think what’s important for people to realize is that achievement at work is not a zero-sum game. It’s silly to compete, because your accomplishment shouldn’t be someone else’s failure.”

“Houzz has a very collaborative and family-like work culture—our founders are a married couple with three kids themselves. It’s a really supportive environment, especially for working mothers. Everyone on my team is taking on extra responsibilities to cover [me] while I’m out so that I can focus on my new baby.”

On the importance of tech companies supporting women, especially mothers:

“There’s a lot of research out there that shows gender-balanced companies perform better and often have better productivity and culture dynamics. Taking active steps to support women in tech will retain some of the best and brightest in the industry. The most important is in supporting mothers. Many statists show the number of women that exit the workforce after having children. Companies need to take steps to ensure that returning to work is a viable and attractive option.”