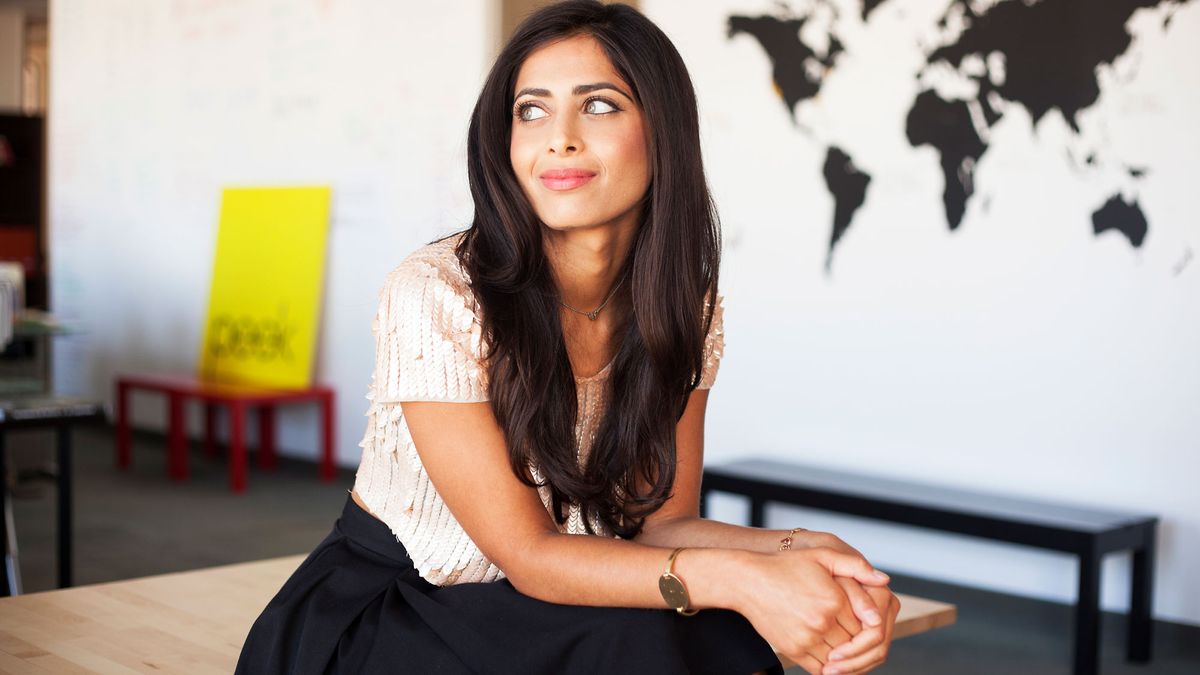 This App Is Going to Make Planning Your Vacation 100% Easier

Peek founder Ruzwana Bashir just wants you to be happy.

We think everyone can agree that the absolute best part of summer is taking a long-awaited vacation. Whether it’s hitting the waves in Costa Rica or hiking up Lion’s Head in South Africa, we always find ourselves counting down the hours until we can board a flight, slap on a sheet mask and begin a well-deserved adventure. But behind that great idea to eat your way through Paris (absolutely no judgments here), there’s a TON of planning that needs to be done—calling vendors, wiring money, scheduling pickups, aka every tedious thing you’re trying to leave behind at home. Enter Peek, your new favorite travel app. It’s a virtual one-stop shop for finding activities to do while you’re away in cities across the world.

After she found herself frustrated while planning a trip to Istanbul, Peek founder and CEO Ruzwana Bashir knew that there had to be an easier way for curious travelers to make the most of their vacations. “I spent about 20 hours researching, visiting lots of different sites and trying to find out what I should do. Then I had to make phone calls to be able to book those experiences, and I wished there was something like Open Table but for booking activities. It didn’t exist, so I decided to build it.” After honing her finance chops first at Oxford, then at Goldman Sachs and Blackstone [Group], she eventually left the UK to attend Harvard Business School and quickly fell in love with the startup culture of America. The budding entrepreneur then realized that San Francisco was the right place for her new venture to grow.

Now Peek is at the forefront of the $100 billion-dollar activities market, having recently merged with their biggest competitor. Bashir recognizes the shift amongst consumers from product-based purchases to experience-driven ones means that more people are looking for ways to find the best activities either on holiday or at home. “There’s a lot of evidence out there that shows experiences make us 65% happier than buying products, and that’s because we do them with other people. They allow us to learn about something new or be in an environment that is perhaps more inspiring.”

As the CEO, Bashir is part of the growing wave of female-led companies in Silicon Valley, although the total still stands at a meager 5% for the tech industry. Venture capitalists, who tend to be men, may still struggle to relate with female-focused companies and, in her opinion, often feel more comfortable working with people who have similar experiences to them. “If you’re coming in like myself, as a woman who is a minority who grew up in a different country and has a different accent, sometimes it can be hard for people to connect with you. There are some biases that are entrenched, and people don’t realize that [these] biases prevent investors from acknowledging and allowing female entrepreneurs to be judged in the same way [as] men.”

In a professional capacity, Bashir believes that getting outside your comfort zone, especially for female entrepreneurs, is essential. “[It’s] when you really challenge yourself that you grow. Sometimes you can think that you need to achieve a lot of things before this opportunity should be made available to you, and often actually you should just go for it. If you’ve got a great idea and some great people to do it with, then go ahead and try it. Don’t be too afraid of failing. If you fail, inevitably you will have learned a lot by trying.” That same philosophy can be applied to her belief in Peek’s mission. “Allowing people to have these moments where they get to experience the best of their city or further away allows them to live much richer lives and ensure that they’re happier.”

With the rise of social media, and even her own company being built to function on a handheld device, Bashir is eager to entice would-be travelers to step away from the screen. “We’re living in a world where we spend a lot of our time online, but I think that it’s really important to have experiences that give you exposure to different environments and different people. We often make a lot of assumptions about other people, other communities, and I think the opportunity to travel and meet those communities and people is often a huge eye-opener. We can get more connected to our fellow man and our fellow Americans. I think that’s a big piece of it—just having a greater understanding.”