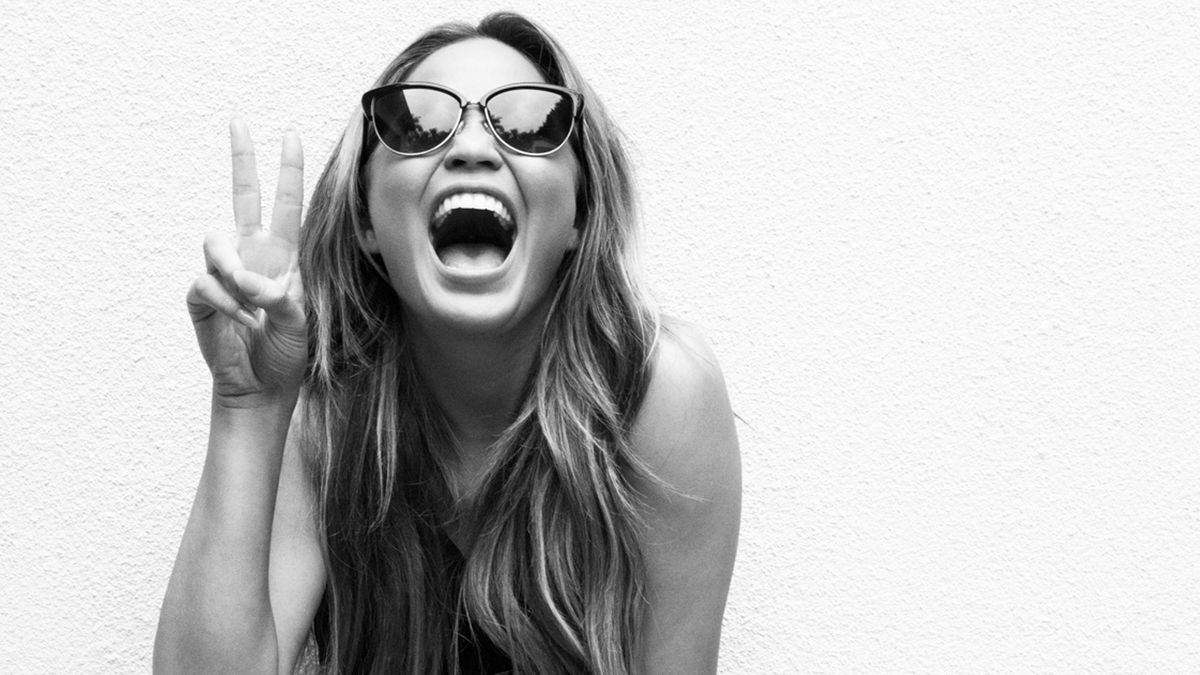 A big thank-you to the famous women using their powerful platforms for a positive purpose.

From red carpets to premieres and magazine covers, there are plenty of cases where we, the public, see celebrities at their most flawless. But there’s been a recent wave (and a quite refreshing one at that) of models and actresses taking their image in another direction—brutal honesty.

Whether it’s a social media post or a magazine interview, these six celebrities have spoken frankly about their lives, experiences, and struggles—and have shattered convention in the process. By sharing their personal experiences with things like depression, sexual assault, and self-image, these influential figures have helped start conversations around topics once considered taboo. Celebs using their platforms to promote female empowerment? That’s one trend we’ll never tire of.

“Before, when I entered a room, I had a presence: head high, shoulders back, big smile,” Teigen said of her life before she and John Legend welcomed daughter Luna in April 2016. But things changed, said the supermodel mom, who shared a first-person essay in Glamour magazine last month about her struggle with postpartum depression.

“Suddenly I had become this person whose shoulders would cower underneath her chin. I would keep my hands on my belly and try to make myself as small as possible.” Teigen said she spoke “because I want people to know it can happen to anybody and I don’t want people who have it to feel embarrassed or to feel alone … just merely being open about it helps. This has become my open letter.”

When ABC News anchor Elizabeth Vargas first shared her struggle with alcoholism in 2014, many people applauded her honesty. Now Vargas, in partnership with Child Mind Institute, has opened up again, this time discussing one of the factors that contributed to her alcohol dependency—anxiety. “I couldn’t control it and I couldn’t explain why I would sob and cry and plead and beg for my mom not to leave me every day,” Vargas explains of the panic attacks that began at age six, when her father was deployed to Vietnam.

“This wasn’t a time when people were paying a lot of attention to the children of soldiers at war. No one asked me why I was panicking and I kept my panic a secret. I felt ashamed of it. I hid it as I grew older.” Vargas encouraged those struggling with anxiety to “talk about it with someone else—it’s the first step to feeling better.”

Actress Abigail Breslin took to Instagram recently to share her extremely personal account of sexual assault and the PTSD she experienced in the aftermath. Posting a photo about consent which stated that nobody is ever obligated to have sex with another person, Breslin’s caption read, “I knew my assailant. #SexualAssaultAwarenessMonth #breakthesilence”

This marked the first time she spoke publicly about her experience. “I was diagnosed with PTSD a year and a half ago,” Breslin revealed. “I have made a lot of progress since the event occurred, but I won’t pretend it isn’t something I struggle with. I still have flashbacks, I still get nightmares, I still jump when somebody touches me unexpectedly, even if it’s my best friend tapping me on the shoulder.”

She checked into rehab at age 18. It was a move that likely saved Demi Lovato’s life. “I lived fast and I was going to die young,” the performer shared of the time leading up to treatment for eating disorder, cutting, and substance abuse issues. “I didn’t think I would make it to 21.” That’s also when Lovato learned that she had bipolar disorder, which was an underlying factor in her struggles.

Growing up in the spotlight (she began competing in beauty pageants at 7 years old and was cast on Barney and Friends) Lovato said she also witnessed her mother struggle with bulimia. In 2015, she became the spokesperson for Be Vocal: Speak Up for Mental Health, which encourages those struggling with mental illness to speak up. “It’s possible to live well, feel well, and also find happiness with bipolar disorder or any other mental illness they’re struggling with,” Lovato shared.

Before #freethenipple, there was Alyssa Milano. The actress has been vocal in her support for normalizing and accepting breastfeeding for years, even engaging in a heated debate on The Wendy Williams Show last year, in which Milano argued against William’s position that breasts are for sex and that women shouldn’t breastfeed in public. “Biologically, they’re not made for sexual things,” Milano told the host. “That’s what we’ve done to them.”

Milano has frequently shared photos on Instagram that show her nursing her kids, and she’s spoken out against the airline policies of throwing away breast milk. “I’m glad this has started a dialogue,” she’s said of her advocacy. “My only hope is to make things easier for moms, breastfeeding and formula-feeding moms, everywhere.”

Who knew going without makeup could be considered so taboo? But when singer Alicia Keys vowed to stop wearing makeup, it captured the attention of, well, just about everyone. From gracing magazine covers with no makeup on to appearing fresh-faced on The Voice, the superstar’s decision launched a movement. Keys said she would not cover herself up any longer: “Not my face, not my mind, not my soul, not my thoughts, not my dreams, not my struggles, not my emotional growth. Nothing,” she wrote in Lenny Letter.

The singer explained her new outlook was born out of a photo shoot for her new album with photographer Paola Kudacki. Arriving on set from the gym wearing no makeup and a sweatshirt, the singer ended up being photographed as-is that day. “I swear it is the strongest, most empowered, most free, and most honestly beautiful that I have ever felt,” she revealed.

Mindfulness
More From the series Celebrity