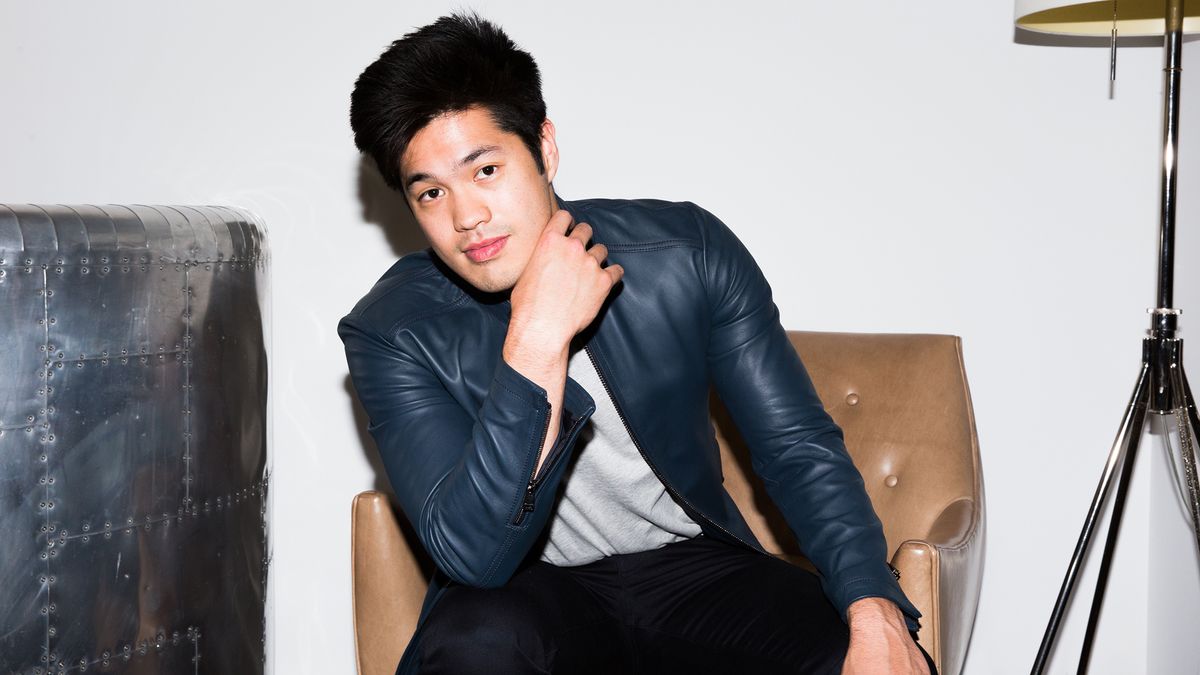 Is this what we can expect in season 2?

After devouring every episode of 13 Reasons Why, we were still plagued with about a million and 10 questions: Was there going to be a season two? (Turns out, the answer is yes!) Can we just talk about that very intense bathtub scene? And, hey—what was the story with the note that we all thought Zach crumpled up, *but* as it turns out, he didn’t?

Thankfully, we had the chance to ask that exact question to Ross Butler, who plays Zach on the Netflix hit. His explanation? Pretty eye-opening—and, possibly, a hint at what to expect in season two. But that’s not all the actor, who also stars on Riverdale, had to say. Read on for why Ross think the world needs an Asian superhero (yes!), why he loves the art of learning, and how he perfected making steak.

How he differed from his characters growing up:

“I was just a weird kid. There were points where I felt like I didn’t necessarily belong and tried to latch on to anything that I felt I could connect with. Through high school, I felt like I didn’t fit in with any particular group, so I did feel isolated, like I was on an island and could see all these different cliques of people—the jocks, and nerds, and the classic archetypal cliques—but I felt separate from them. What’s actually most interesting to me is hearing other people’s perspectives of how I was in high school, after high school. I thought nobody actually liked me, but then there are some [people] who are like, no, you were a popular kid. Then there are some who are like, yeah, you were definitely weird. [laughs].”

On his unique calling to become an actor:

“I’ve always been drawn to entertaining, but I never actually did theater or acting. I think that was largely due to my mom, who wanted me to focus more on academics and go to engineering school. The month before I moved out to L.A., I was studying computer science at community college and doing homework in the kitchen, and I looked at my mom and said, ‘Mom, this is not what I should be doing—I feel like I need to be entertaining people.’ She was like, ‘Okay, go back to doing your homework.’ Then, a month later, I talked to my roommate—who I still live with today—and moved out to L.A. It was this really weird, unique calling. I felt like I needed to change because I was miserable doing what I was doing, and entertaining turned into acting.”

What it was like brining Reggie to life on Riverdale:

“He wasn’t an Asian character in the [Archie] comic books, so taking the reverse of all the white-washing that’s happening was a big step, and being able to represent that was awesome. Unfortunately, due to scheduling, I can’t be in the upcoming seasons, but it was a lot of fun. Hopefully we’ll see more trends like that, of playing roles that don’t need a certain ethnicity.”

The truth about Zach’s note on 13 Reasons Why:

“I think my episode is where it makes the viewers question if she’s lying, because there’s talk about what’s her truth? Courtney and some of the other characters were like, her truth is not my truth. It levels the playing field to say, ‘Yes, this is all being seen from Hannah’s perspective, but not everything she said could be true.’ It doesn’t mean she’s lying, but maybe she genuinely thought that she saw me throw it away, and the truth is, I kept it. My episode gives the viewers new perspective and a new way of thinking about her perspective.”

“I would love to be Wolverine. It’s interesting, because when people asked me that a year ago, I used to say Dragon Ball Z. But I thought about it, and it’s kind of messed up because, of course—I’m Asian-American, and the only roles I could envision myself in were Asian roles. That is very telling of the generation I grew up in; there literally wasn’t any Asian superheroes or any Asian hero in general. So now I’m just like, no, I love Wolverine. He’s been my favorite hero ever since the claws and the old-school yellow-and-blue outfit. If the chance ever comes along to be Wolverine, that would be sick.”

On his love of learning:

“I don’t know why, but I love teaching myself—I’ll think of a hobby, and I’ll do it. I did capoeira for a while, which is like a Brazilian break-dance fighting. I’m currently doing Japanese wood carving, just because it’s very zen and meditative. Learning Mandarin. I got my scuba license last year, which was really cool. Anything to keep the brain thinking. It’s definitely an art. Learning how to learn is important.”

How he learned to cook steak:

“One of my hidden talents is that I can make really good steak. I taught myself how to cook steak on a cast-iron skillet. I would get these rib eye that are like 3 to 4 inches thick—so hard to cook, takes 30 minutes—and I cooked maybe 3 to 5 steaks a week for a month. And I ate every single steak. There were ones that were really raw, there were ones that were way overcooked, some weren’t charred enough. But I got it down to a science now where I know how to baste it right. I honestly think I can make steak better than a lot of restaurants for half the price, because I love Costco and they have great meat. They don’t even pay me, but you can get like three 1.5 lb rib eye for, like, 60 bucks, and they’re delicious. All my friends know that I love Costco.”