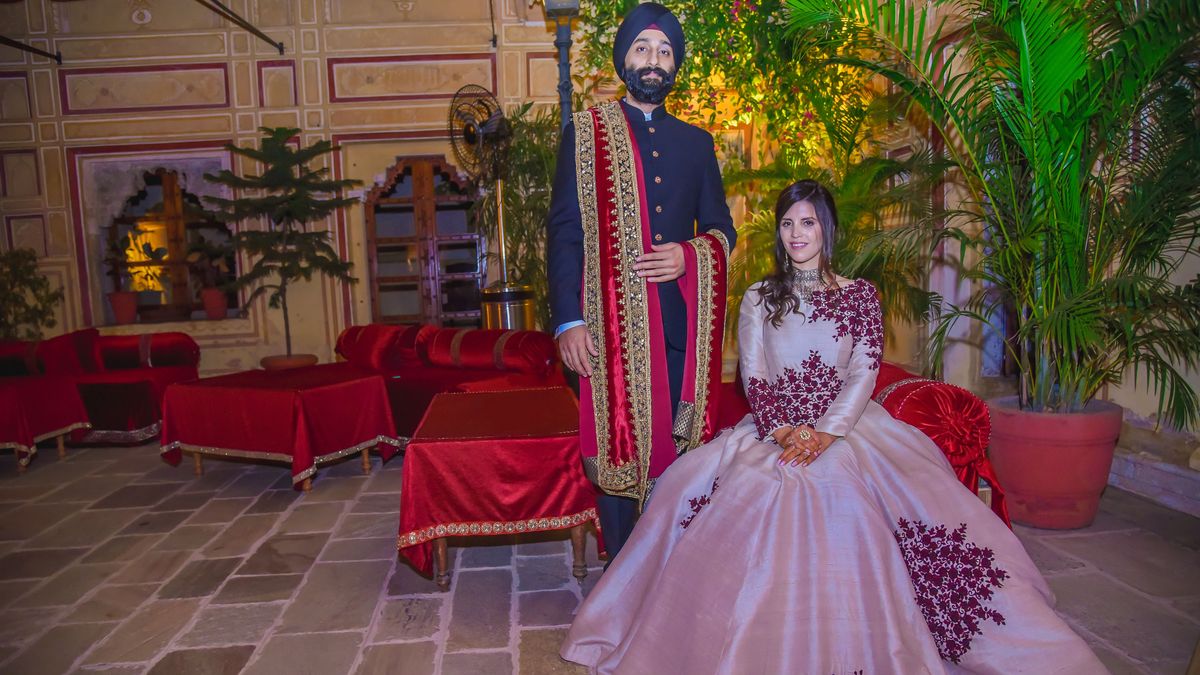 This Indian Wedding is the Most Decadent Dream Come to Life

If there was a grand prix for weddings, this one would win.

Weddings are a big deal simply by concept (two people agreeing to be together “til death do us part”). Throw in a white gown, many glasses of champagne, and a night dancing until dawn, and it’s an even bigger deal. Now, please consider a week-long extravaganza at a medieval castle in Rajasthan, India, piles of diamond-encrusted jewels, hundreds of guests coming from all over the world, and, well, a lot more, and you’ve got Felicia Snyder and Tegh Singh Bedi’s Sikh wedding, held in India last fall.

Snyder, the cofounder of bag line Bartaile, and Bedi, an entrepreneur, met when she was working as a consultant in New Delhi, where he is from, and then again, serendipitously, when they were both studying for their MBAs at Wharton Business School, where they started dating. A lot of world traveling ensued, but it all came to a head for the couple’s epic (I can actually use this word accurately here) nuptials.

They hosted guests (full disclosure: yours truly was lucky enough to be among them) for the first three days at Samode, a stunningly well-preserved palace that’s more than 450 years old (Mario Testino just used it as his set to photograph Kendall Jenner for Vogue India’s 10th anniversary issue). The first night was a wild dance party, called a Sangeet; the second day we nursed hangovers at a garden Mehendi, where the bride was bedecked in intricate henna; that evening was a black-tie gala complete with a fireworks-punctuated entrance worthy of Hollywood (make that Bollywood); on the third day, Snyder and Bedi actually wed in a traditional Sikh ceremony, the Anand Karaj (there was a white horse, a sword, and a whole lot of gold).

As if that wasn’t celebration enough, the whole wedding party headed back to New Delhi. There, the family had an small traditional Jewish ceremony (the bride is Jewish and from Chicago). And for a finale? A massive party (more than 650 people) at the Bedi family’s farm just outside the city.

This description only scratches the surface of the magic of that week—one that, for this guest at least, felt like a fantasy come to life. A few months of recovery later, I asked the bride and groom to take us through it (it was their fantasy, I was just living in it). If you know what’s good for you, click through the slideshow and get the whole story, from the proposal to all the details on Snyder’s five (!) dresses.