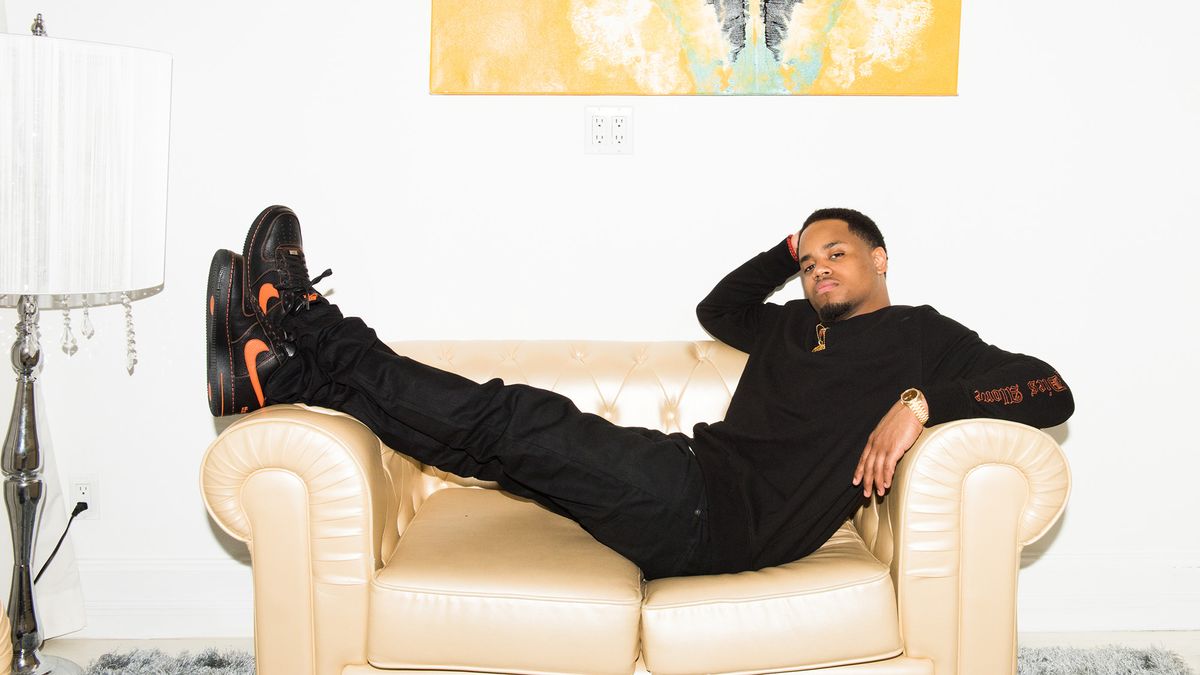 He may be starring in two shows and just released an album, but we promise—he’s just getting started.

I’ve only ever met Mack Wilds once—at an event a few years ago, where we ran into each other in the middle of the crowd. I was an editorial assistant, he was a star on the rise, and it was slightly insane to think that this was the same kid—Tristan (his actual name)—who I went to school with for 12 (!!) years. This was the guy who was once best friends with the “class crier.” Who starred in our middle school’s *musical* edition of A Midsummer Night’s Dream (just as weird as it sounds). Who was the only other junior (aside from me) in our senior-filled Global History class.

But he was actually making it, and at the time, it seemed a little like “Whaaaat?!”

These days, Mack is pretty much ev-er-y-where. After the success of The Wire, 90210, and appearing in Adele’s “Hello” music video, he’s now starring in *two* different TV shows, The Breaks and Shots Fired. He also just released his second album, After Hours, on top of having a mini-series of the same name on Tidal. Yet despite achieving all this success, it was a relief to find out that Mack hasn’t changed too much. He still greeted me with a hug when we met up for the interview. He happily admitted his dad still cuts his hair. He even talked a bit about his goal of winning a Tony...making me wonder if that middle school show *wasn’t* as crazy as it seemed.

Read some other highlights from our chat, ahead.

On the *two* TV shows he’s starring on:

“The Breaks is about the beginning of how hip-hop became the cultural phenomenon it is today. Not when hip-hop started, but all of the things that happened to kind of groom it to where it is now. A lot of people thought it was going to be like disco, so you get a chance to see how the love for what it actually is, how it was a voice for the voiceless, came to fruition. Then we have Shots Fired, and that show is…an autopsy of a small town in North Carolina that’s being torn apart by the murder of two kids—one black and one white—and it’s starting to seem like both have something to do with police. The white kid dies by the hands of a black cop, played by me, and that happens in the first couple of seconds. You get a chance to watch everything that goes on in an officer’s life after something traumatic like that happens. It’s not like we’re trying to turn the tables or something—we’re trying to, in a sense, create empathy for all sides involved.”

Why his second album is called After Hours:

“While we were working on both shows, the only time that I really got a chance to record or anything was at night, so I started to draw inspiration from the nighttime. I started to realize what nighttime really is—it’s kind of like its own magical place. Things feel different at night. A breakup feels different at night when you’re alone. A text message at 2 AM looks completely different than a text message at 2 PM. There are so many different things that change at night, so I wanted to capture all of that and set it in New York, because I’m a New York boy, and we called the project After Hours.”

The story behind the name Mack:

“It’s funny, it’s always been my name as much as Tristan has been. My great-grandmother’s name was Mack Miller. When she passed away before we were born, they were trying to figure out a way to keep her last name going, so when I was born—and my cousin was born maybe, like, a year or two before me—they split up her last name. They gave me Mack and they gave my cousin Miller. So that’s how I got the name Mack—Tristan Paul Mack Wilds—from my great-grandma. It was a good nickname, I guess, and as I grew up it was like ‘Oh, you just think you macking all the girls?’ Eh, kind of…but no, not really [laughs].”

What it was like going to a K-12 school:

“It was crazy. I think one of the benefits of going through a K-to-12 school is that you actually have friends that you really grew up with. Any of us see each other out, it’s a weird bond that we all have in a sense. It’s like a fraternity. We all went through Petrides together.”

Why you might see him on Broadway in the future:

How he’d describe his style:

“I’m one of the cozy boys. I like to feel relaxed in what I’m wearing, but I like it always to be fly. I’m not really one to jump on labels. The stuff that I wear, a lot of people probably wouldn’t even guess right off the bat what it is, unless it’s like Supreme or something where people can actually see the lettering. I think inside, deep down, I’m like James Dean—I’m a t-shirt and jeans kind of guy.”

The story behind his necklaces:

“Our company is called The Ninety Five Percent. Basically, it’s a collective of like-minded people, whether they’re in business, whether they’re artists, creatives—just all with the same mind-set that they can always do better. We strive for perfection in everything that we do, but there’s no way that you could be 100 percent. So we call ourselves The Ninety Five Percent to let ourselves know that there’s always more that you can do.”

“I think the one thing that a man [should always have] is an amazing barber. Just making sure that you stay clean-cut, making sure everything is shaped up—unless that’s not your style. I think being clean-shaven or just a nice tight shave, you can’t mess with that. [My barber is] my dad. Still. Shout out to Paul Wilds.”