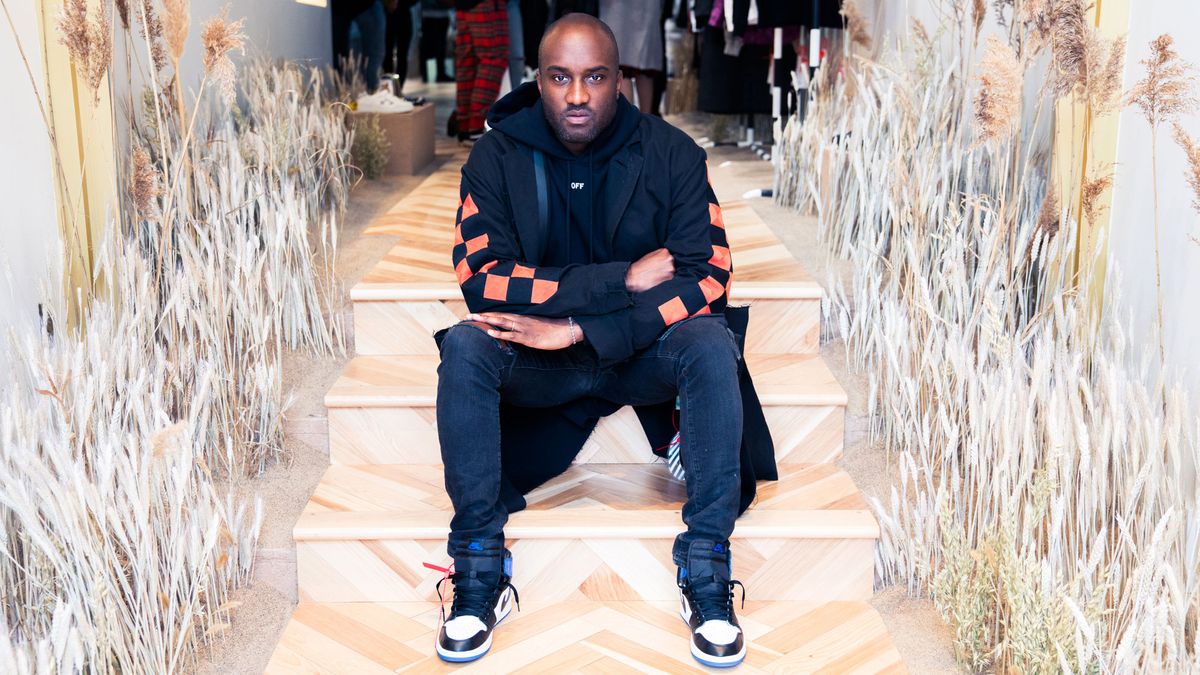 Off-White’s Virgil Abloh’s Next Move? Designing Spoons (Or a Hotel)

The designer talks how youth culture is challenging the generation that preceded it, the one thing he relies on to get it all done, and what he really thinks about those Raf Simons comments.

A *lot* has changed since the last time we caught up with Virgil Abloh. For one, we were with the Off-White designer at his first Canadian brick-and-mortar outpost in Toronto, which he dubbed “Land.” The space was minimalist, vast, features imported sand and wheat grass, and complete with a growing line of teens waiting anxiously outside at a chance to meet him. Then there are the myriad collaborations he’s been busy with that span across so much more than clothing—like Jen Atkin’s cult-y hairline Ouai, creating an Off-White plastic cup, a hotel concept in Asia, and his much-hyped about Nike collab. Of course, we can’t ignore *those* Givenchy rumors and resulting Raf Simons comments—which in turn garnered massive industry support for Abloh, and we can only say cemented his influence.

Suffice it to say, we had a lot to catch up on. We talked to the designer about why he’ll never put boundaries to Off-White’s brand, being in “real time,” the key to bridging the divide between generations, and the one thing he needs to stay productive.

Why he chose to open “Land” in Toronto:

“To me it was the idea of doing a concept–‘A.’ I like the city, and I have friends here, and every time I’ve visited I’ve had a good time. When the opportunity came to choose where in Canada to open the store, Toronto was a good fit. I like the street [we’re on], and I like the local shopping environment. I love Yorkville—it seems like it changes every time I come; there’s a little update here and there. And cool people.”

Why Off-White will never be just about clothing:

“It is a brand. I have many ideas on different things. To me, it is just design, it doesn’t matter what it is. [Off-White] is kind of the dream right now. I am able to make decisions in real time and have things like a store or collections come out of it. [The hotel in Asia isn’t] that far developed, but I have a concept. To me, I can design a spoon, or a hotel. It doesn’t matter. I have ideas and how to make something unique to my point of view. One thing will lead to another, which can lead to… Who knows what the future could be? I am open to anything.”

He thinks you shouldn’t take clothes at face value:

“The process of making clothes I think has this halo of ‘you can’t do this.’ It’s interesting that people take clothes [so seriously], like, ‘I need to find this.’ But you can actually make them too—you can make them your own. It doesn’t hurt the garment if you cut it, add to it, or get it tailored. You know, they are just clothes. People are generally fashion obsessed, as I am. I started making clothes in that sort of way; screen-printing on clothes that weren’t mine. That is how the brand started.”

What’s important to him right now:

“Youth in general. I am intrigued by how the youth have sort of determined if things are on trend or aren’t and have sort of challenged the generation before it. Usually things that I find are progressive I think are important.”

His advice for those trying to break through:

“Just do it instead of talking about it. Make something. Do something. Print it. Sell it. That is the biggest thing that I’ve learned. It is not some intellectual piece of advice; it is really simple—just do it.”

On his interview with W, where he comments on Raf Simon’s remarks, “He drew the line in the sand”:

“That was the best wording for it. [Closing the gap between generations will take] good work. At the end of the day, it is just a call to see work get better as it evolves. I don’t think [it] is a bad idea at all.”

How he manages to stay productive:

“A fully charged iPhone. I do everything on it. I am self-motivated, so that is half the battle. I wake up early and go to bed late.”