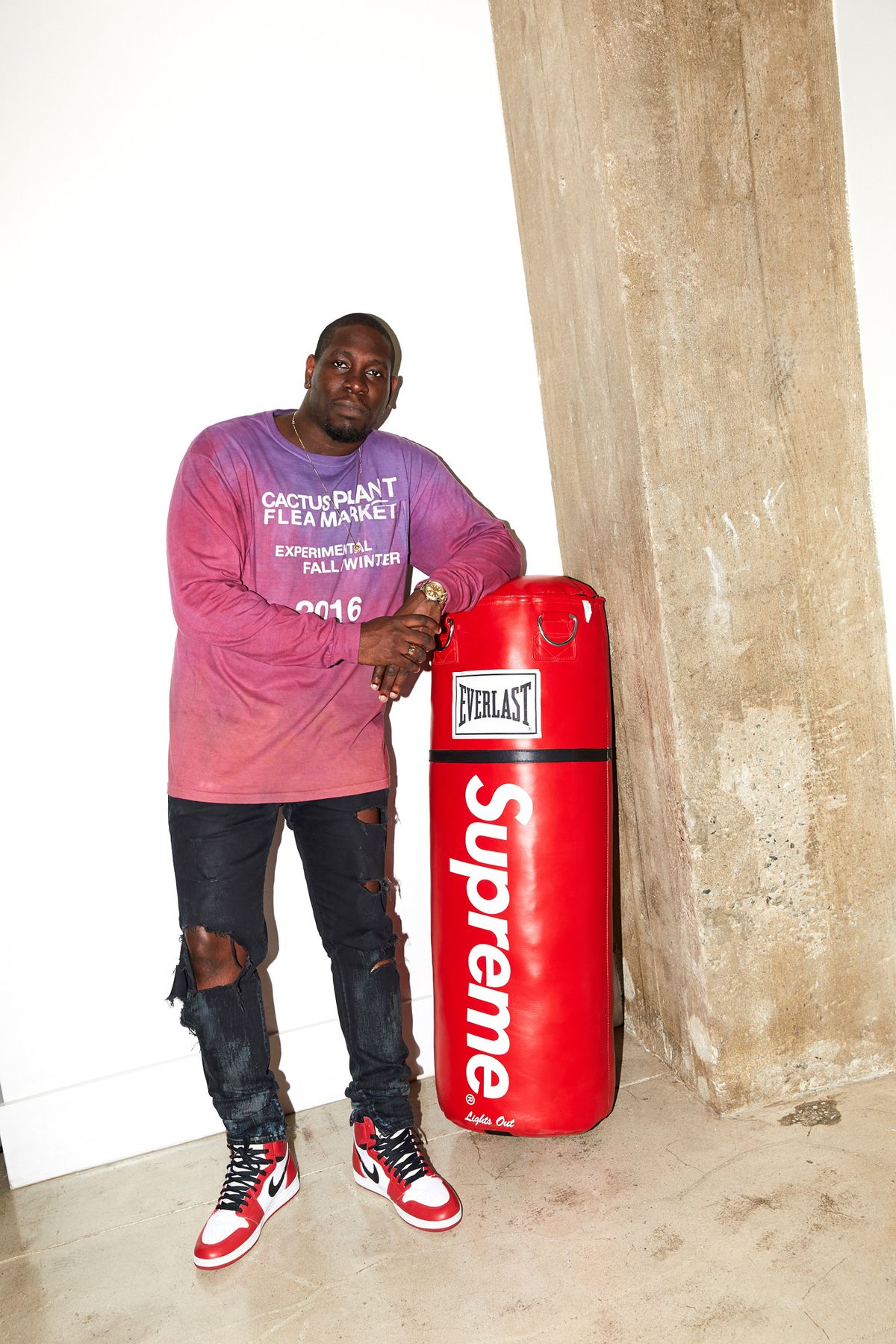 Easy Otabor calls himself the Dean of RSVP, and he’s got the stories to back it. Los Angeles.

Jodi Taylor
Tristan Kallas
Jodi Taylor
By now you’ve likely heard of RSVP Gallery, the insanely cool part luxury boutique, part art gallery based in Chicago (and soon to be L.A.)—but are you familiar with the OG of the brand, Easy Otabor? Although typically more of a BTS, private kinda guy, Otabor is actually the one doing the buys for the store alongside teaching (and no doubt inspiring) the newcomers, staying on top of what’s current so the brand doesn’t fall behind, oh, and his expertise is used for collabs along the way. But did we mention he also works with the likes of Travis Scott, Nike, and Jordan (among others) and has his own brand coming out this year? To Otabor, there is no finish line, and he knows that he can always better himself—for that, we applaud him. From the second we stepped into his downtown L.A. apartment (he moved out there from Chicago to work on opening up the new RSVP Gallery), we were laughing and telling each other stories—Otabor’s insanely easygoing and has a closet full of gems and an even bigger closet full of sneakers. He admitted that he’s been in the sneaker game since he was a teen—collecting them, flipping them, and being part of forums like NikeTalk and Sole Collector. These were the Tumblr days, and Otabor mentioned that is the same time when he met his good friend (his sister, as he would say), Aleali May, whom he would later work alongside at RSVP. We won’t spoil any more for you, though—click through the gallery below to read more about this incredible man’s journey through the fashion world.
Closet

Easy Otabor calls himself the Dean of RSVP, and he’s got the stories to back it. Los Angeles.