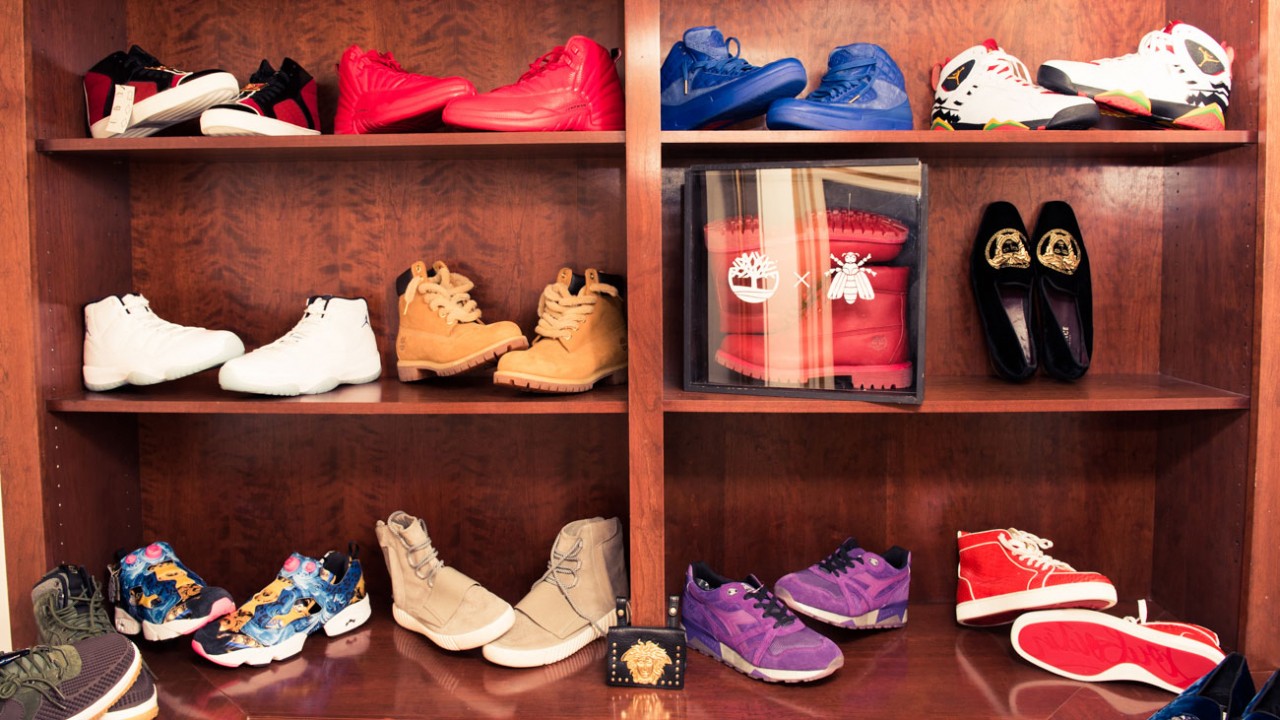 Sneakerheads on Their Favorite Shoe of All Time

The sneakerhead version of love letters.

There’s a little high you get when opening the box of a new pair of sneakers. Hinge back the lid. Peel away the tissue. Run your fingers over the pristine mudguard and untouched rubber sole, saying a silent prayer to all gum and mud puddles to stay the eff away.

But when you own in excess of 2,000 pairs, like streetwear designer and sneaker junkie Jeff Staple, there’s more to the story than just that new-sneaker smell (which someone made into a cologne, by the way). He collects shoes the way other people collect tattoos—to mark a chapter in time.

From the pair they camped out in the snow to snag their size in, to the pair that got them a shout-out from an icon, here are the most memorable stories behind four sneaker lovers’ shoes.

“One of our clients was a sports magazine (that shall remain nameless). We were art-directing the cover shoot of a major high-profile athlete (who [also] shall remain nameless). So we arrive at the shoot, and everyone greets each other, and we have your normal salutations. The young assistant of the star athlete approaches me in front of everyone and says he’s a huge fan of my work. He, in fact, saved up a bunch of money to buy a pair of my Nike Pigeon Dunks for $2,500. He asked if I could sign them. Everyone is standing around with ear-to-ear grins at how adorable this moment is. He hands me the shoe box, I open it up, and BOOM—I am staring at a FAKE BOOTLEG pair of Nike Pigeon Dunks! SO…while the world is watching, and I have to make the immediate decision of whether to tell this kid that he dropped over $2K on a pair of bootlegs or just sign ’em and let him live in bliss. I chose the latter.

“The lesson here? At the end of the day, shoes are just pieces of leather, suede, and rubber sewn together. Everything else that we love about sneakers are the stories around them. That kid now has a story for the rest of his life. (Unless of course he reads this article, haha.)”

“I have a pair of red Nike Prestos from 2009 that I searched really hard for. It’s really [tough] to find my size in those (I wear a 3XS in Prestos), and I randomly came across them at a Nike outlet store for $50. A few years ago, I was leaving the gym in a rush, and a bottle of white nail polish fell out of my duffle bag and splattered all over the floor, my leg, and my sneakers. I probably cried. Eventually I was able to restore them to like-new condition, and to this day, I still think about how I almost lost them. I also have a few pairs that I camped out overnight in the winter for, including the Jordan ‘Concord’ XI that I got for my brother and myself.”

Illustrator & Co-Founder of We Ascend

“One of my favorite pairs is the iconic Air Force 1s in all-white. Back in the day, we used to call them ‘Uptowns.’ Growing up in junior high, that was THE shoe to have. Keep them fresh, crisp, laces clean, and crease-free. I didn’t get my first pair until sophomore year in high school, and I wore them till the soles turned yellow. They’re an icon of my youth, full of memories. I love them so much, I made a watercolor illustration based off of them. Which, later on, someone ended up tattooing on their forearm because it meant so much to them, too.”

“My first pair of shoes that I ever bought at a ‘premium’ was the Nike Zoom Vapor AJ3. This was special. It was a collaboration between Roger Federer and Michael Jordan, who are my two favorite athletes of all time. The shoes were released at $200 a pair, but inventory was limited—I ended up paying $400 to have my friend Eugene get them from an aftermarket source. That’s how bad I wanted a pair.

“When Federer won the Australian Open, I took the shoes out to wear to celebrate his big win. When I went to work that day at the restaurant, Jeff Staple, streetwear designer, came by to eat. And the first thing Jeff said to me? ‘Wow, you are a true sneaker nerd!’”