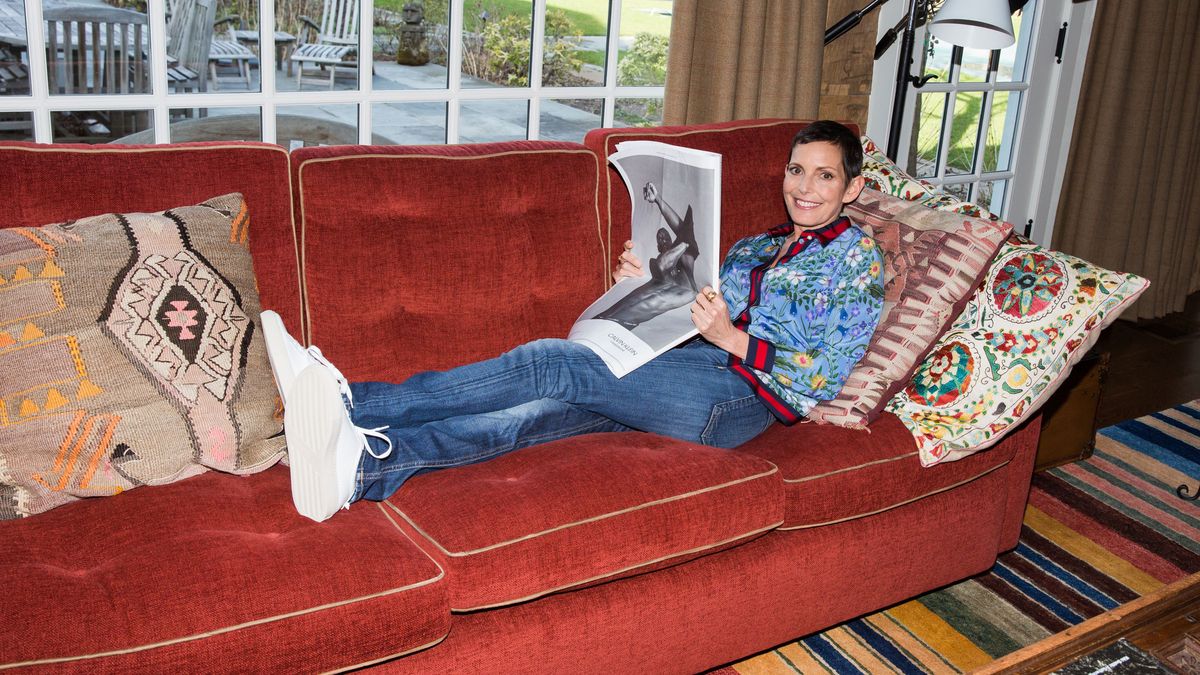 The former CEO of CHANEL talks getting tattoos, empowering women, and walking out of the LSAT.

When I met Maureen Chiquet, she was nothing like how I pictured. She had a meditation room and three Siamese cats (Chai, Tengo, and Babu). Her office was relatively bare with a desktop and a yellow lamp. The only trace of CHANEL was in some small sketches by Karl Lagerfeld upstairs. Halfway back to the city, my phone pinged. I had a text from the former CEO of CHANEL with the name of a Brooklyn Tattoo artist—In case you decide to take the plunge.

Right before we finished our interview, she was laying out some lucky charms on her desk. Two of them were owls—a ring and a statue—“They might just be my spirit animal! I’ve gone back and forth between owls and lynxes. I have two tattoos on my back, a owl and a lynx. I don’t think anyone knows that!” She mentions how good it felt to have them done and to do something unexpected: “When you’re a CEO, people look at you as some kind of big business person.” She’s right. In the notes on my phone there were facts I’d come across in my research. The top one read: one of the most powerful women in the world. That’s how I saw her.

She tugs at her blue Gucci blouse and mentions her desire to get something more visible. She’s still unsure. When I say I was thinking of getting one myself, Maureen talks about her introversion, her distaste for stereotypes, and then mentions a tattoo artist whose name she texted to me.

I could hear the title of her book, Beyond the Label (which comes out today), in everything she said and did. A couple of minutes into our conversation, I realized my research and the notes on my phone didn’t matter—she was beyond it all. Beyond business absolutely.

At Yale she studied literature with no plans on what to do after graduation. Her only certainty was that she had a passion for Paris, inspired by her father, who was fluent in French. Her admiration for him and her uncertain career path led her to find herself at a desk, taking the LSAT. “I bought that big, thick book, and I never opened it. I got to the test, and the words started to blur all over the pages, and I started to get dizzy. I called the proctor over, and I was like, ‘I’m not going to finish this test.’ So I walked out.”

A friend with whom she shared an apartment during her time abroad in Paris helped her find an internship at L’Oréal. From there she moved to San Francisco and fell in love with Annie Leibovitz’s photo of Miles Davis for the GAP. One cold call to Gap’s HR later, and she was climbing the merchant ladder until she was asked to help launch Old Navy. But it was another call, this time made by a headhunter and not Maureen herself, that lead her to CHANEL. “I got a mysterious call that said, ‘I think we have an offer you can’t refuse.’” They were right. After living in Paris for a year and traveling to CHANEL boutiques all over the world to learn the ins and outs of the iconic French fashion house, Maureen became one of the few female CEOS in the luxury space.

“Early in my career, I really felt like I was an object of seduction. I was being considered much more for the way I looked than the job I was doing.” When she was looking for inspiration on how to lead, she realized all of her role models were men, and her idea of what a CEO should be was defined by them, not someone like herself. “I soon figured that I couldn’t actually emulate the guys around the table because I was a woman. When I was able to finally drop the definition that I had or the label that I was carrying around, the business started moving in really interesting directions.” She defied old labels in order to create her own.

Beyond The Label started out as an article about leadership and became a book when Maureen left CHANEL in 2016. She rediscovered her love of writing and turned her experiences into empowerment for women everywhere. “Beyond the Label is how you get closest to who you are, what you care about, where you can add value and make your unique mark, and then you have to consider what context you’re in. Sometimes you had to take jobs that aren’t the right job, but you’re learning something, and you have an explorer’s mind.”

For a woman who spent most of her life sitting around a table talking business, Maureen now feels happiest speaking in front of groups of people. Her gratification doesn’t come from sales anymore, but from the strength and inspiration people find in her words. I think about the ones she texted me and her accomplishments—her new job title and her closet purged of CHANEL. Maureen Chiquet was nothing like how I pictured, but one thing is certain: she can teach everyone about taking the plunge.