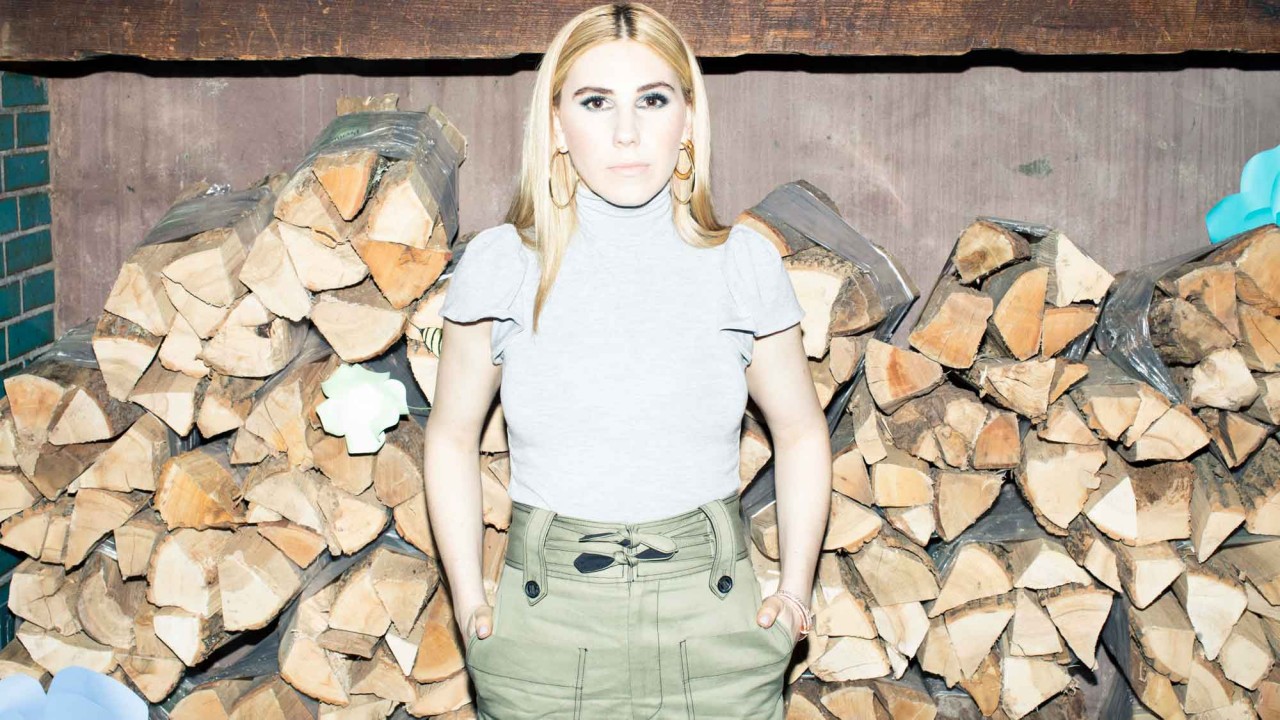 5 Things We Learned about Zosia Mamet in 5 Minutes

Where the “Girls” star sees Shoshanna in 5 years, and the weirdest thing she’s ever done with honey.

“I had an umbrella and a jacket and everything! I walked to the bodega to get some groceries, I walked home literally four blocks and had to change my clothes—I was so drenched! My jeans were soaked through all the way down. Super sexy! Especially peeling them off my body,” Zosia Mamet said breathlessly as we helped her drag a sofa from the center of The Park closer to the fireplace. It was a total downpour in New York earlier that day, but now we were dry and sitting with Mamet at Burt’s Bees’ Bring Back The Bees launch. We only had a few minutes with her, but we learned a lot! 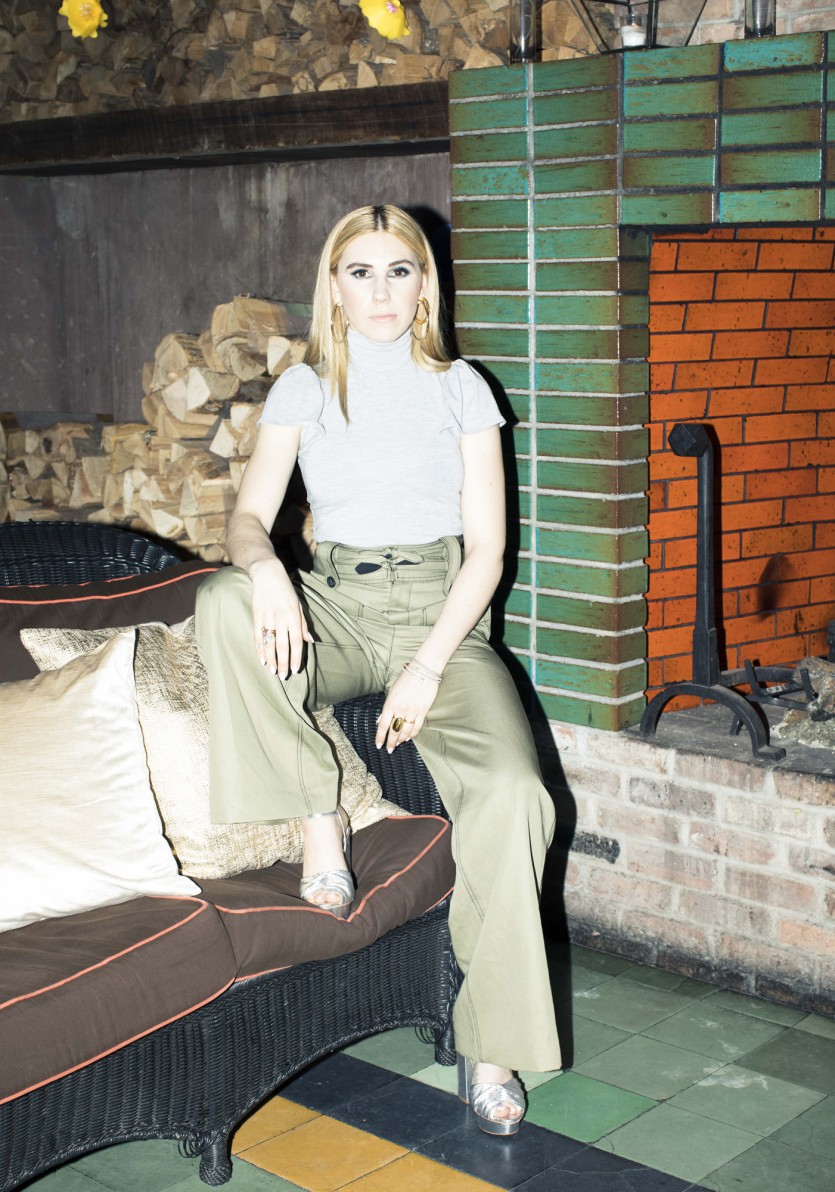 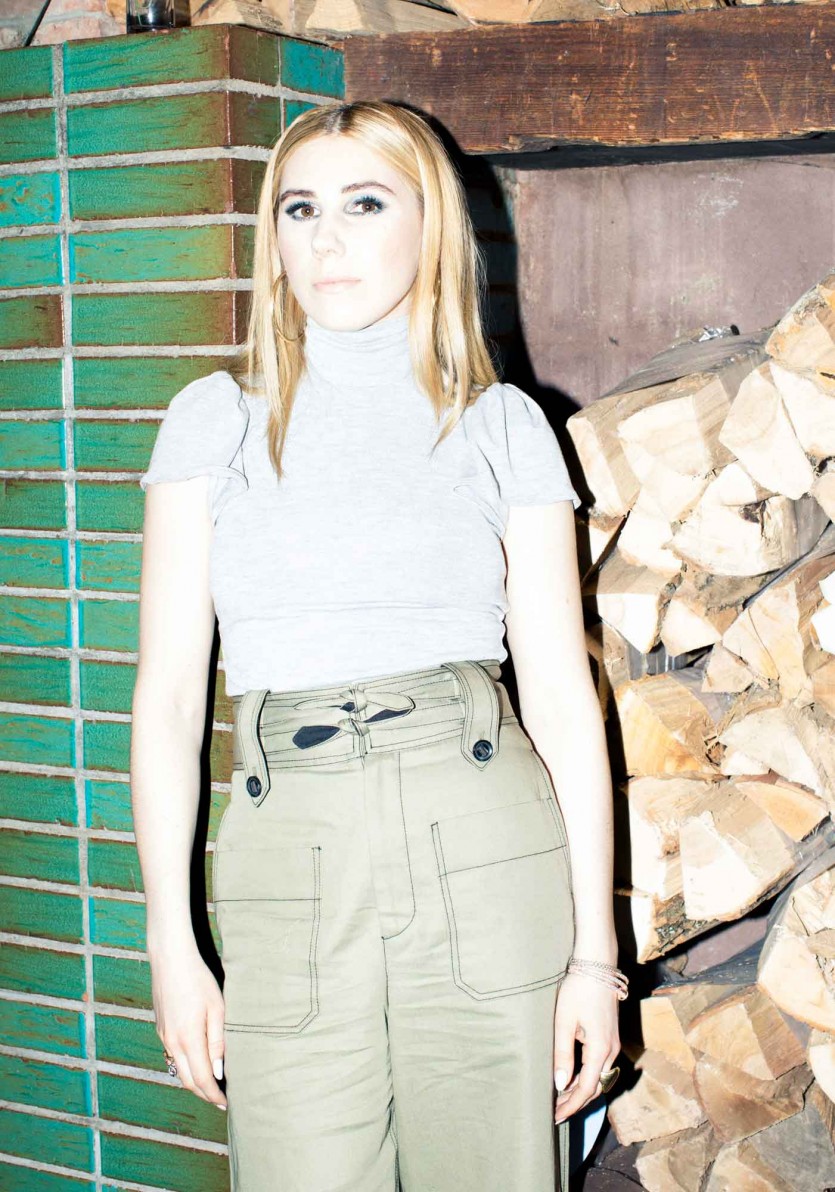 1. She Wants to Save the Bees Just as Much as You Do

“Something I tell people when they say they feel kind of helpless when it comes to a charitable cause is: do whatever you can do today, in this moment, as a human—don’t feel like you have to save the world. We think ‘big picture’ so much in our society, we think grand scale and huge gestures, but the little things are often the most important. The bees are these tiny little creatures that I feel we, especially with the experience of getting stung as kids, think of as scary or pesky things. But if they go, we are all screwed. I think an initiative like Bring Back The Bees is so important so that we remember we need to pay attention to these small things. They don’t affect our lives directly, so sometimes we just brush them off, but it is imperative to our survival as human beings to save them.”

2. She’s Done More with Honey Than Eaten It

“Oh, the weirdest thing I’ve done with honey… I’ve done a face mask with honey. I guess that's not super weird. My hippie sister taught me to use raw honey, which usually has tiny little granules in it, so it’s exfoliating. You do that, and then put on Greek yogurt as the second mask. It was very nice and delicious.”

3. Her Dream Dinner Guests Include Lucille Ball and a Tipsy Charles Bukowski

“Last night my husband sent me this Dick Cavett interview with Bette Davis. It is so amazing! Her, Katherine Hepburn, Lucille Ball, I would want all of the ferocious ladies from the days of yore [at my dinner party]. I am going to mix in some rad musicians. I would want Sam Cooke there to maybe sing us a little ditty over dessert. And Bukowski, because you would get him drunk and he would probably tell the best stories. Just a really great eclectic group of artists.” 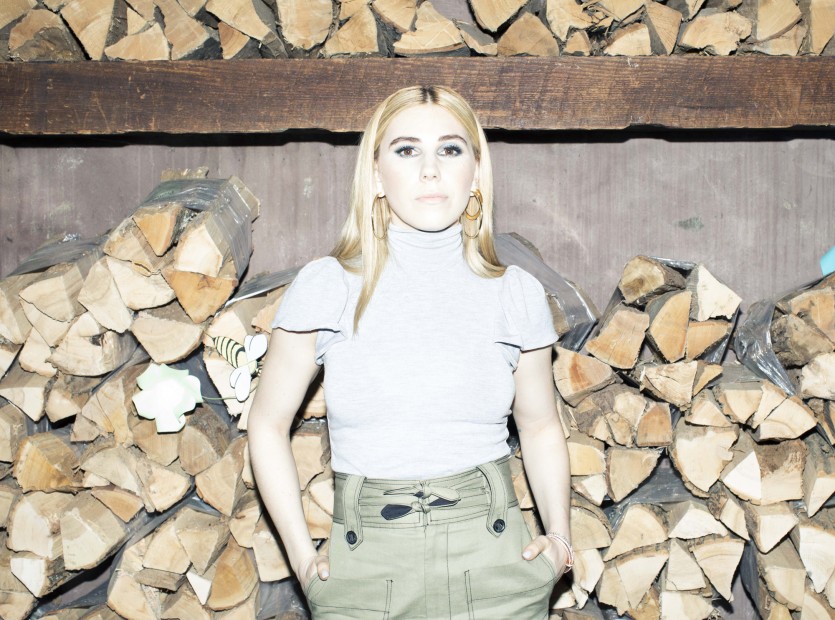 4. She Lives for the New York Energy

“I really love living in a city that has this amazing history of artistic creation. ...There’s something intangible and inexplicable about the energy that exists here that has, for whatever reason, drawn exceptional creators to its pavement for hundreds of years. We’re young compared to so many other epic cities in the world, but I think that there’s still such a rich history. I love living in a city that’s so charged. I was reading Just Kids for the fourth time recently and was thinking about not only that era, but the era that came before, and all of the people and artists that we don’t even know about who came here and died tragic deaths, but they still gave their artistic blood, sweat, and tears to this city. I feel very lucky to be part of that energy.”

5. She Knows We Want to (But Don’t Actually Want to) Know the Ending of Girls

“I don’t want to tell you anything because HBO would have me killed, and I feel like I would ruin it for you. A buddy of mine that I’m working with now is on the new season of Fargo, I am like, ‘Tell me. Don’t tell me. Tell me!’ I want to know, but then I don’t want to know because then it will ruin it. I think everyone will be satisfied [with the ending of Girls]. I was when I read it. I think it is really hard to wrap up a show, especially a show like ours that has traversed such a growth period for all of its characters. I think Shoshanna is a pretty serious bad-ass, and I kind of see her running a company in the next five years. I see her starting her own advertising agency or inventing something and taking down ‘Jamba Jeans.’ You know? I think that she is going to go places in life.”

Participate by purchasing one of the Limited Edition Lip Balms or by creating a “Selfless Selfie” and sharing it on your social channels. For each purchase or selfie created, the Burt’s Bees Foundation will help plant 5,000 bee-sustaining wildflower seeds.