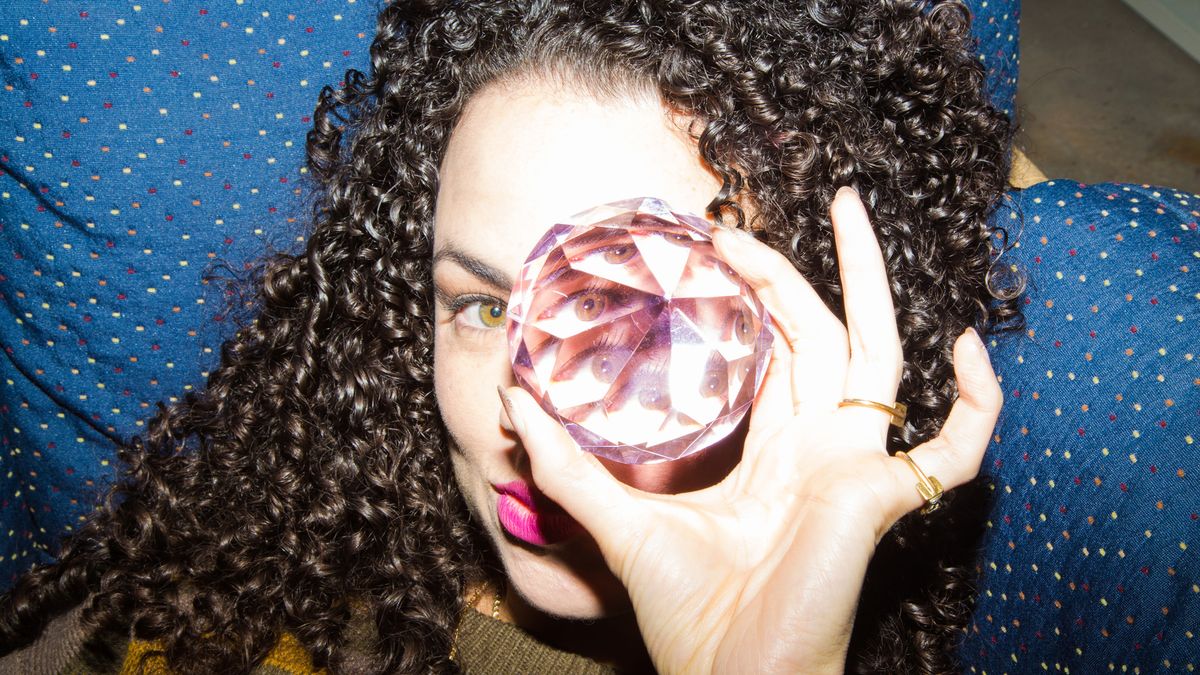 The artist on surveillance and the role of art in activism.

There are many ways one might be expected to react when reading one’s own father’s FBI file closely chronicling his activities during his time with the Black Panthers. But Sadie Barnette, who did exactly this, made them into art. She’s exhibited the work a few times already—in New York and Oakland, where she’s based—but seeing the piece (which she changes and reworks with each new show) in her studio with the artist herself was, if we’re being honest, a little bit mind-bending.

First, there’s the sheer scale of the work—pages and pages of typed material she narrowed down from the 500-page file mounted on the wall—that requires you to stand back. But as you get closer and actually read the material—that agents talked to neighbors and employers about Barnette’s father; that he was on a list that would allow the agency to detain him at any time—it becomes a completely different kind of art, but art nonetheless. Barnette always works with mixed media; she loves glitter and jewels and sparkles. Her studio—huge, airy, and in a building she shares with other artists and a family of chickens kept in a coop in the yard—is full of pop-culture ephemera, like a box of Wheaties emblazoned with Stephen Curry’s face. It’s also full of her work and works in progress, hung as it would be in a gallery. Speaking of, Barnette is giving the FBI file its next moment in the spotlight with a new solo show called Dear 1968,... at UC Davis’ Manetti Shrem Museum. If you can, you should see it—click through the gallery to find out why.

1 / 20
“At the new UC Davis show I’m going to push the materiality of the files themselves, so I’m going to have all across one long wall, 30 pages of FBI file mounted on neon plexi. It’s this technique I’ve done before—mounting paper on plexi and hanging it about an inch off the wall. It gets this glow around it. The source material is just so... there’s so much content to it, it’s so personal, as well as being so political, that it will probably take many iterations to really figure out the best way to work with it. For the show at the Oakland museum, I specifically titled My Father’s FBI File, Project 1 to include in the structure that this material is bigger than me, and it’s going to take a long time to figure out all the ways to work with it.”
Art &amp; Culture
More From the series Career