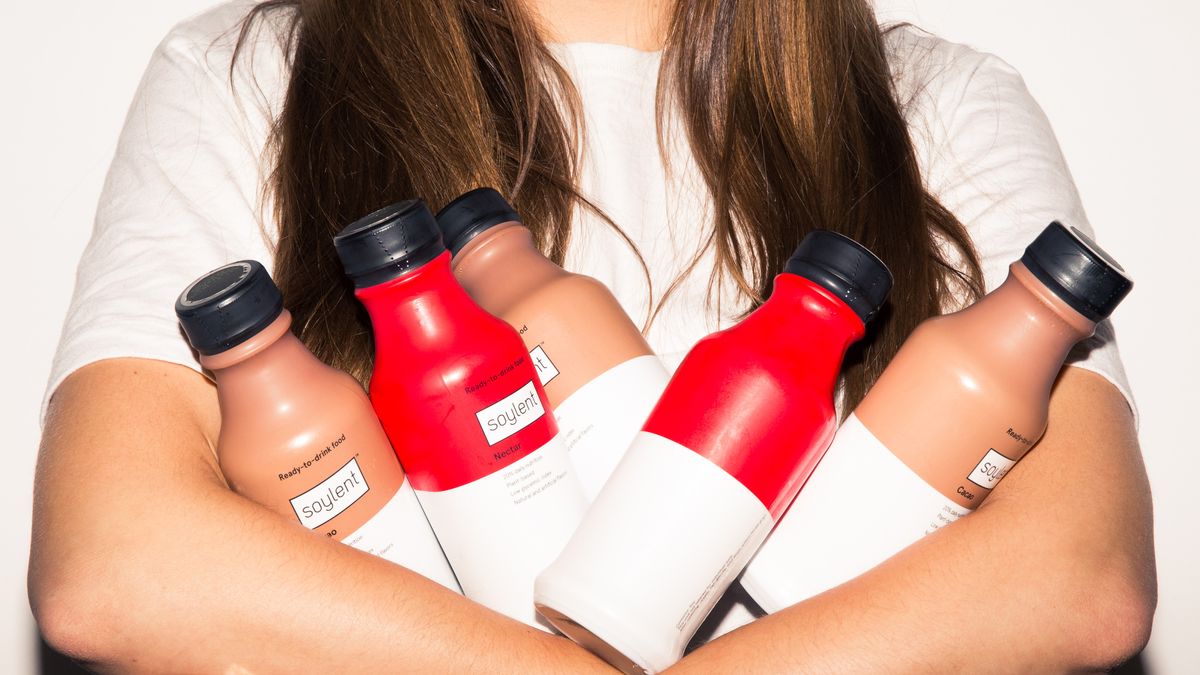 Is Drinking Your Meals The New Wave in Productivity?

This is what happened when I tried Silicon Valley’s favorite meal replacement.

One of the absolute most grating facets of modern life is being busy. It should be harmless enough—after all, we are, collectively, genuinely busy, it seems! But this is precisely the problem. It would be more accurate to say that my issue lies with the appearance—or illusion, even—of being busy. There’s nothing more profoundly boring, to me at least, than someone who delves into a conversation with an intimate overview of their iCal, whinging about their to-do list. It’s roughly the conversational equivalent of, say, discussing the intricacies of your personal Instagram followers’ behaviors—and referring to them aloud as “my followers.”

Factor in the idea of a bunch of usually white, Ivy League-dropout, Silicon Valley dudes forgoing square meals and delicious chewable foods in favor of slugging back bottles of unflavored gruel, and you’ve arrived at my very own boiling point. Nothing conjures an eye roll faster than tech-y types who have devoted their lives to, well, life-hacking—optimizing every last waking, breathing second in the name of productivity. To extend that philosophy to as simple a pleasure as food? Give me a break. Literally—chill the fuck out and take a lunch. With—gasp—real food. Outside. Reading a book. You know?

All of the above is precisely why I steered clear of Soylent—at least at first. ICYMI, Soylent is more or less what I alluded to above—a lot of blended soy protein, a little bit of sunflower oil (for monounsaturated fat), Isomaltulose (distilled from beets, provides lasting energy without the crash of refined sugars), and 20% of your daily micronutrient requirements, all at 400 calories a pop. It’s vegan, lactose- and nut-free, and comes in three flavors: Original, Nectar (fruity), and Cacao (like chocolate milk); there’s also a coffee version. Founded by a software engineer, Soylent has taken off in Silicon Valley as a healthier, faster, even more wallet-friendly alternative to frozen meals, takeout, or junk food.

That was until I found myself increasingly in the type of situations I haaate: too tight on time and buried under a steadily mounting to-do list to even move, let alone grab lunch. Yes, really—it sounds ridiculous, and incredibly self-important, but it’s real. Too many weekdays have flown by where I get up in the morning, chug a coffee sometime before noon, and what feels like minutes later, it’s late afternoon, and I’m on deadline, with the window for appropriate lunch-getting having long passed. My internal monologue swings between screaming at myself to get something to eat, getting stressed about my schedule, and fast-forward a few hours later, beating myself up for the whole thing. And so I gave in and drank Soylent instead.

Here’s probably a good place to mention that despite my earlier, ahem, reservations I made so resoundingly clear, I’m pretty utilitarian in what I like to eat during a workday. Give me literally the exact same (relatively healthy) thing, day in, day out, for a year, and I’m happy. I usually do some assortment of vegetables, maybe a grain, maybe a protein. I’m really not too picky because despite everything I said two seconds ago, lunch during the workday, for me, is truthfully a means to an end. (Am I the Silicon Valley bro of my very own nightmares?) And Soylent is precisely that. I slowly sipped a bottle of Cacao over the span of half an hour while working and truthfully found that I was completely satiated. As much as I’m the biggest proponent of taking, at the very least, a walk outside at some point during your workday—it’s a surefire way to get unstuck—I was immediately absolved of all of the guilty thought processes outlined above. Needless to say, it’s also better than making your way through a myriad of snacks (candy, half a granola bar you found in your purse, and whatever weird shit you cobble together and call a meal) and about a billion times better than skipping meals altogether.

Fast-forward some two weeks later, and Soylent has become, I’m not even remotely reluctant to admit, a quasi-regular thing for me. For me, the biggest benefit is actually simple—I’m not spending an extra unneeded second of brainpower thinking about lunch. You know how every fancy CEO allegedly wears the same-ish thing every day, like a cartoon character, to minimize the number of decisions they make daily? It’s kind of like that. Because right up there on my list of personal pet peeves, somewhere between the “OMG I’m soooo busy” line of conversation and needless life-hacking, is hem-ing and haw-ing about lunch options. Delivery? Order on an app and go in-store to pick-up? Ugh, I need to enter my credit card number again. Call ahead? Wait, let me Google Maps the distance from the Thai place to my meeting. What is everyone else getting? I find the whole thing truly exhausting, and this stuff is an easy out when I just need to get on with it, no guilt trip necessary. And sometimes, that’s all you really need. I think. I don’t know, I’m busy!