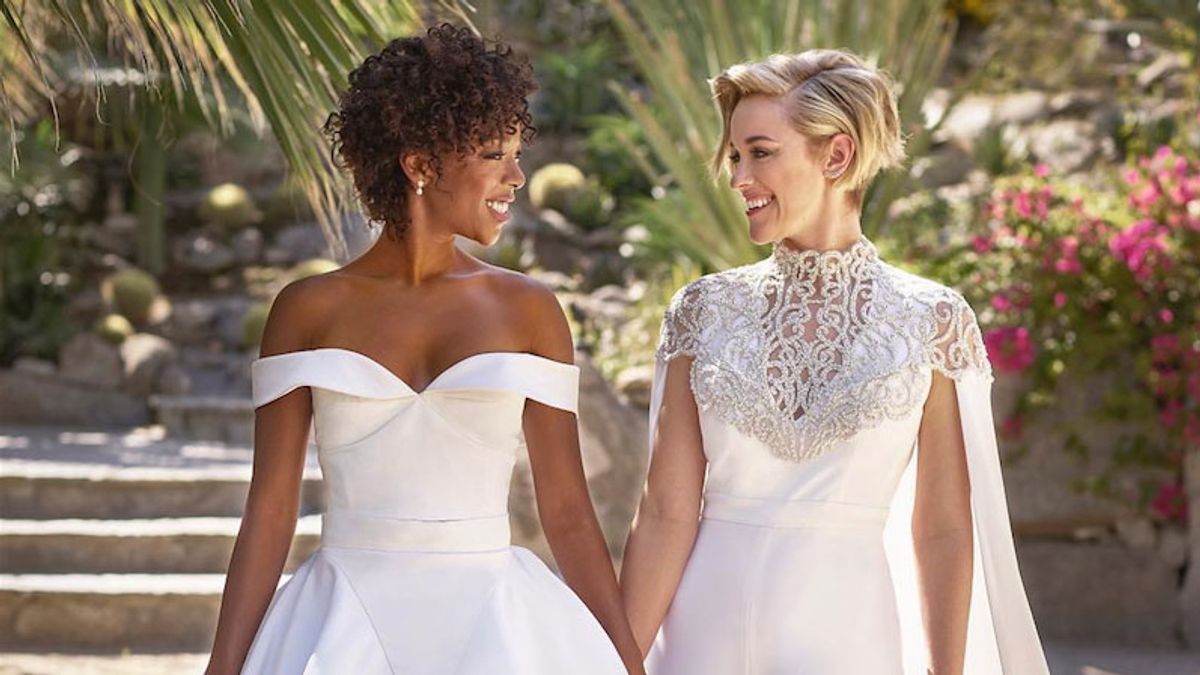 Yes, Samira Wiley and Lauren Morelli’s wedding looks were stunning, but wait until you see what they wore afterward.

When we first found out that OITNB’s Samira Wiley was engaged to her longtime girlfriend, Lauren Morelli (who is actually a writer on the show), we *knew* their wedding looks would be something special. The two spent their big day dressed in custom white designs made by friend and designer Christian Siriano: Samira wore a full off-the-shoulder gown, while Lauren kept things cool in an embellished caped jumpsuit. But after the vows were read and things were officially official, the stylish choices just kept on coming. The women posted photos—presumably from their honeymoon—in long vacation-ready dresses, and we’re inclined to say that the picks were just as lust-worthy as those fancy wedding getups.

The styles were just as fun as what they wore for their big day!