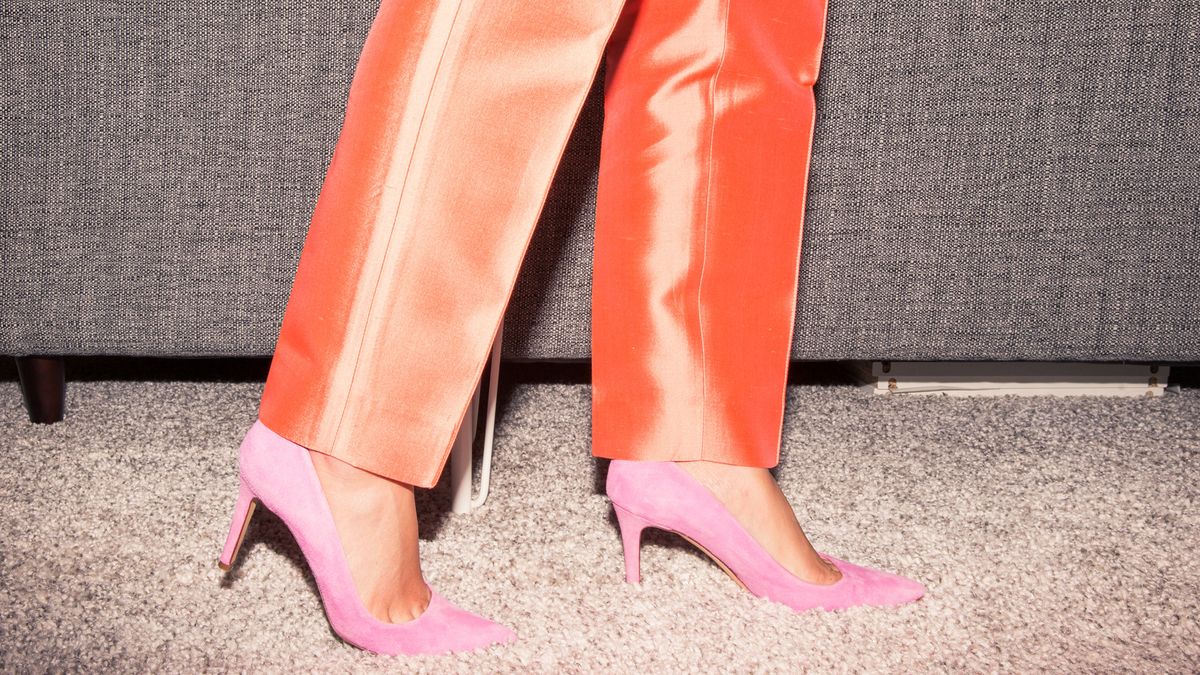 The Colors We Would Have Picked for Color of the Year

No offense to "Greenery," but here are the colors we'll be wearing all spring.

Each year, Pantone selects a color of the year. Interestingly, while the choice is largely influenced by the fashion world, Pantone also takes film, the art world, tech, and the auto industry into account, checking out upcoming releases or collections and colors being used. In 2015, they chose Marsala, an earthy red-wine color. Last year had two for the first time ever: Serenity (a baby blue) and Rose Quartz. Rose Quartz, and all things pink truthfully, had a huge year in fashion and beauty. Think Mansur Gavriel, Glossier, and even everything Hotline Bling-related.

Following two years of three colors easily embraced by the fashion world, 2017 has offered us Greenery. Heralded as “nature’s neutral,” the grass-colored selection seemingly makes sense. To symbolize new beginnings, Pantone says, “As ideological divisions feel magnified following Brexit and the election of Donald Trump, greenery offers the prospect of starting fresh.” We saw it in Gucci’s spring/summer 2017; every Instagram with perfect lighting, a white background, and a plant; and AirBNB’s special Pantone-inspired Greenery apartment.

I just don’t want to wear it, and I’m not sorry. Home decor? Sure. Advertisements? Yes, it looks soothing. Be it due to summer is only one season in New York, and I’m not feeling like my wardrobe needs to be bright just yet, 2017’s Pantone of the year just isn’t for me. There are, however, three colors that will be big this spring that you can wear right now.

After keeping a relatively low profile following the robbery during Paris Fashion Week, Kim Kardashian showed up to her husband’s Yeezy 5 show during NYFW a purple vision of perfection. Interestingly, Victoria Beckham also opted for the same scheme running around before her show earlier this month. Tank Magazine editor Caroline Issa attended the Calvin Klein show in New York in Eggplant velvet pants. And for Raf Simons’s first CK show, he included deep purple pocket details on his tops.

Vans and Undercover have the perfect rosebud printed Eggplant sneakers available now, and Rihanna’s Puma Creepers come in Royal Purple velvet. Pleats Please Issey Mikaye has a pair of cropped trousers available now, too, so you can take your look casual in sneakers or more formal.

Rihanna put on arguably the best performance at the Grammys this year (from her seat), and do you know what she was wearing? An orange crop top. As if Riri’s crop (complete with complimentary flask and stage-side FaceTime) isn’t enough, both Calvin Klein and Oscar de La Renta had beautiful bright orange slacks down the runway, whereas Coach and Marc Jacobs included burnt orange accents throughout their fall 2017 shows.

Nike’s hypest collab with VLONE features a classic silhouette in black and orange, and Heron Preston’s collaboration with DSNY has construction-cone orange, naturally.

COS currently has a selection of burnt orange pieces to get ahead of this trend, but you can also pick up statement pieces like this Gucci sweater or Loewe bag to get a head start on the trend.

It isn’t going anywhere. Every red carpet—Golden Globes, SAG Awards, and the Grammys—had plenty of shades of pink present. Taraji P. Henson, Lily Collins, Angela Bassett, Felicity Jones, and Maisie Williams all opted for keeping it in the Rose Quartz family during this awards season. Even Schoolboy Q.’s daughter and Blu Ivy Carter showed up to the Grammys in matching pink Gucci suits.

Gucci’s insanely popular pink fox fur coat was seen on Rae Sremmurd’s Slim Jimmy in Complex, on Coco Rocha in Harper’s Bazaar Vietnam, and on Beyoncé for her Halloween costume (casually). Last month during New York’s Fashion Week, the influence was apparent among all of the colored furs among show attendees wore.

On the runway, we saw that you could get you a designer that does both with Oscar de La Renta’s fall 2017 featuring pastel pink pants with an orange knit turtleneck. Christian Siriano also had a killer pink pantsuit in his show, too.

Acne Studios is basically a one-stop shop for all your pink needs right now, with knits, outerwear, tops, sunglasses, a scarf, and a bucket hat all in pink.