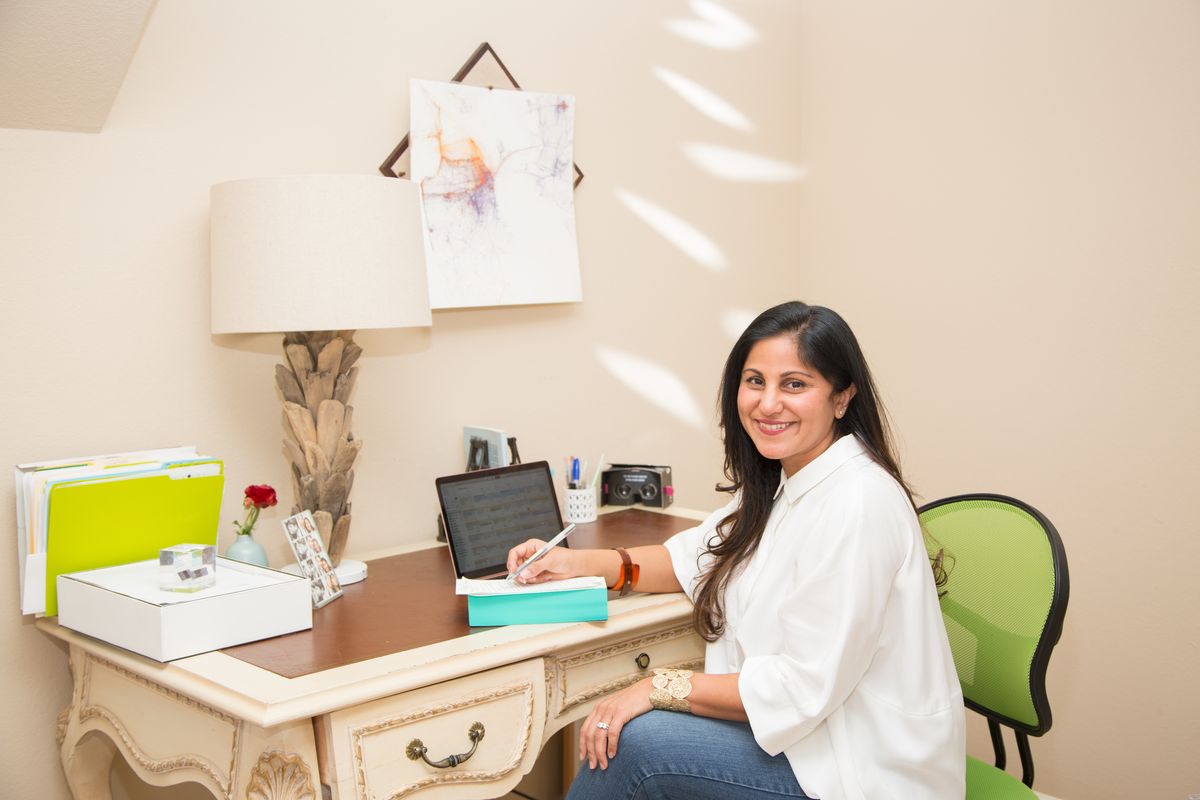 This Woman Is Working to Make the Internet Accessible to Everyone

She also has a lot to say about how America treats mothers.

As someone who lives in New York and has only ever lived in big cities, Silicon Valley is an odd place—a parallel universe where everything is clean and sunny and almost everyone is absorbed by one industry. You get one guess as to which one.

Raina Kumra, whom I visited in her home in Redwood City, just a highway exit away from the Rosewood Sand Hill hotel (“Silicon Valley’s Soho House” famously exposed by Vanity Fair as a hunting ground for anyone after fresh members of the tech entrepreneur billionaire’s club), is aware of the remove at which the Valley exists. “I miss New York all the time,” says the cofounder of Mavin. “We live in the suburbs, but there’s still a city around us—there’s a lot of people working on a lot of exciting things, and a lot of people are online and connected, but nobody is out bumping into each other on the street. There’s no serendipity. Living in New York is like Facebook in real life.”

Unlike much of the tech workforce, she’s had extensive experience outside the bubble. Before she became the cofounder of a tech company, Kumra was in digital advertising, urban planning, and UX design. It only makes sense that her company also exists far outside of it as well—as far outside as India. “Three and a half years ago, I started consulting for this little startup called Mavin and I met my co-founders. They were really solving an interesting problem,” she explains. “You know when you travel and you turn off data on your phone because you don’t want to get an $800 bill? That’s how 95% of people in India live day to day—they’re constantly rationing their data. There’s never been a sponsored data plan before. And app developers are also suffering because they can’t get people online, and their numbers are really shoddy. You have people who have two-hour commutes because the traffic is so horrendous in most cities in India, and that’s such a missed opportunity. We developed a solution which is basically a marketplace that lets app developers directly fund the data cost of the user. So, you download an app and you get megabytes on your phone.”

If the concept is hard for you to wrap your head around, I get it. I spent a solid 15 minutes having Kumra explain it to me. The gist is that there’s no such thing as unlimited data in India, and Mavin allows apps to buy data for their users, which has them returning to apps, using their phones to stream music, be online, and play games, an exchange that essentially gives data for engagement—a pretty fair and logical exchange if you have the foresight to think it up.

The reason that Mavin is so special, especially in a country like India, is that it prioritizes net neutrality, a cause very close to Kumra’s heart and the reason she joined as a co-founder. Net neutrality means that the internet doesn’t prioritize or limit available information in any way, something that she thinks is “dangerous”—as opposed to something like Facebook’s Internet.org initiative, which doesn’t actually mean internet for all; it just means Facebook for all. “The reason why our app was blessed by the regulators and activists is because of two key components. One is that we work across all operators equally, so any user in India can access all of the offers; and the other reason is that the data that is earned by that user can be used on anything. So if you earn it on Spotify, you can use it on iTunes.” This is tech working for the greater good—for making information readily available rather than hidden under layers of curation and targeted advertising.

The other thing about Kumra? She’s a mom of a toddler and a baby—and while she used to travel to India constantly, she’s ceded her responsibilities to her co-founders while her baby is still an infant. She works at home a lot, between meetings in San Francisco and her office further south in the Valley (plus, the baby), and I had to ask, as a woman and mom working in the Valley, running her own business, and having the additional perspective of working outside the industry for years, what was it like?

She spared me any bullshit. “Working at a startup with babies is the exact wrong thing to do, as well as the right thing. Having the flexibility of running my own company is really important. You have to find the ways that make it work. I stop work and then start again at nine PM because we’re on calls with India. I work from nine to midnight four nights a week. But I’m also able to stop work at 4:30 and pick up my son from school and be with my kids and do dinner and bedtime. There are advantages, but it’s not easy.

“I think America hates mothers. They make it really hard, there’s no support. I work with some great guys, and they have wives who work and they get it, but not everyone gets it. And you can’t talk about it because they’ll ding you for it if you do. It’s punishing. You really need a lot of infrastructure—things get really tricky if you’re nursing and there are no accommodations for it for most working women. You have to pump in a bathroom. I’ve had to pump in bars before. And we have board meetings that are often four hours and I can’t take a break in the middle of that to go pump—what am I going to tell them?”

So there you have it. Right in the heart of Silicon Valley, Kumra is working at a critical distance of the industry, while manipulating the internet into being exactly what it should be—a free and accessible information source for billions of people. Nursing and taking names—what’s more lean in than that?