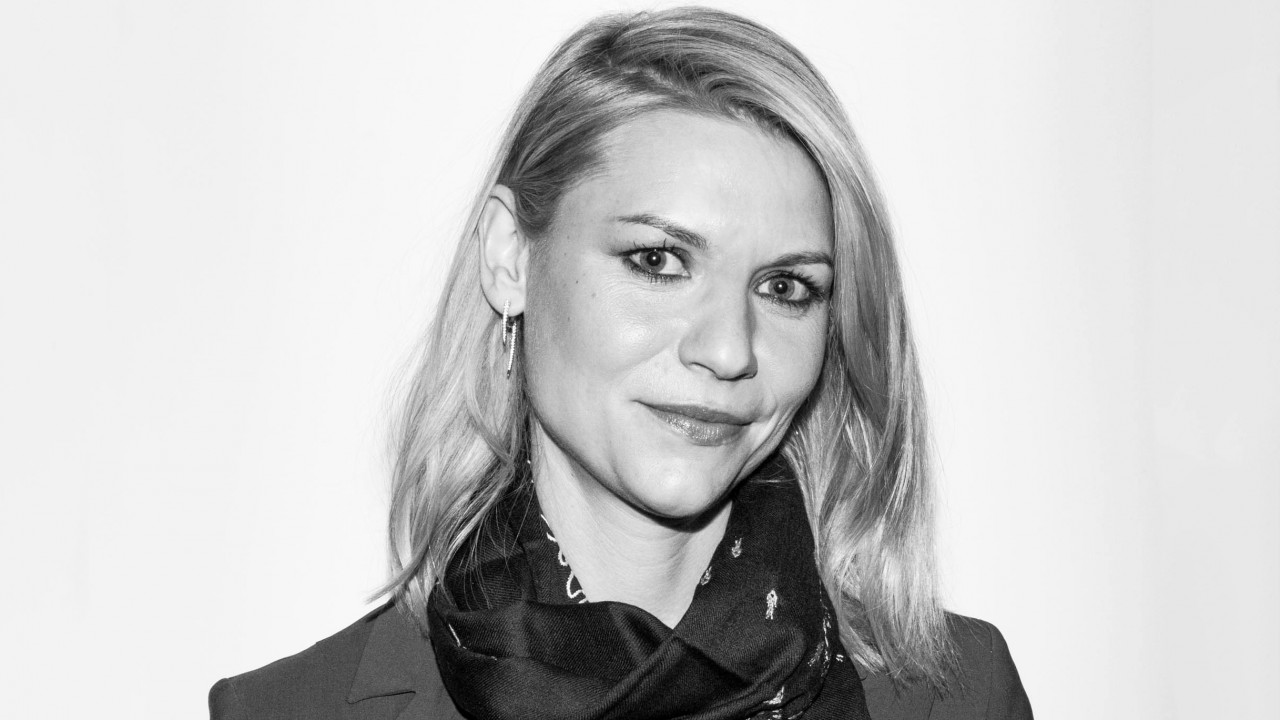 Claire Danes on the Impact of Female Empowerment

And why the Homeland star credits her mom for her creativity.

It isn’t a coincidence that we found ourselves face-to-face with Claire Danes on Internationl Women’s Day. She’s long been an avid supporter of her friend and makeup artist Matin Maulawizada’s initiative, Afghan Hands, which provides education and independence to disenfranchised widowed women in Afghanistan by teaching them how to weave beautiful shawls from cashmere (in addition to learning about basic human and women’s rights). And it’s become somewhat of an obsession for her, and most recently, her mom. We caught up with the Homeland lead—if you’ve been watching this season, you’ll notice *tons* of parallels between Carrie and Claire—to talk about the importance of female empowerment (at home and beyond), collaborating with her artist mom (she *gushed*), and why being compared to a pebble was the best advice she’s ever received.

“I’ve been dear friends with Matin [Maulawizada], who’s also been my makeup artist, for over a decade, and he mentioned this organization that he was trying to assemble—it sounded so thrilling and wonderful. I saw the scarves that were being produced, and I became an avid collector of them. Matin has been working so doggedly to make this a reality. There are a lot of obstacles—it’s not exactly easy to bridge that divide, but it’s really important that we do. This is a great effort towards that.”

“It’s really amazing that Afghan Hands has become fully manifest and material, for it to still be alive and thriving 10 years later, and for my family to have helped shape it in some way—it doesn’t get more intimate.”

On how Homeland has made her more aware of cultural and international disparities:

“I’m just so steeped in these themes on my day job. But because it’s been such an integrated part of my life, it’s hard for me to really see it clearly as existing—it just kind of is. I take it for granted a little bit.”

On the importance of empowering women:

“I support women everywhere at every stage in their development, and every continent and every status level. I’m a New Yorker, and I think naturally I’m aware of the world beyond our borders. I want to engage with them and support them in whatever way I can.” 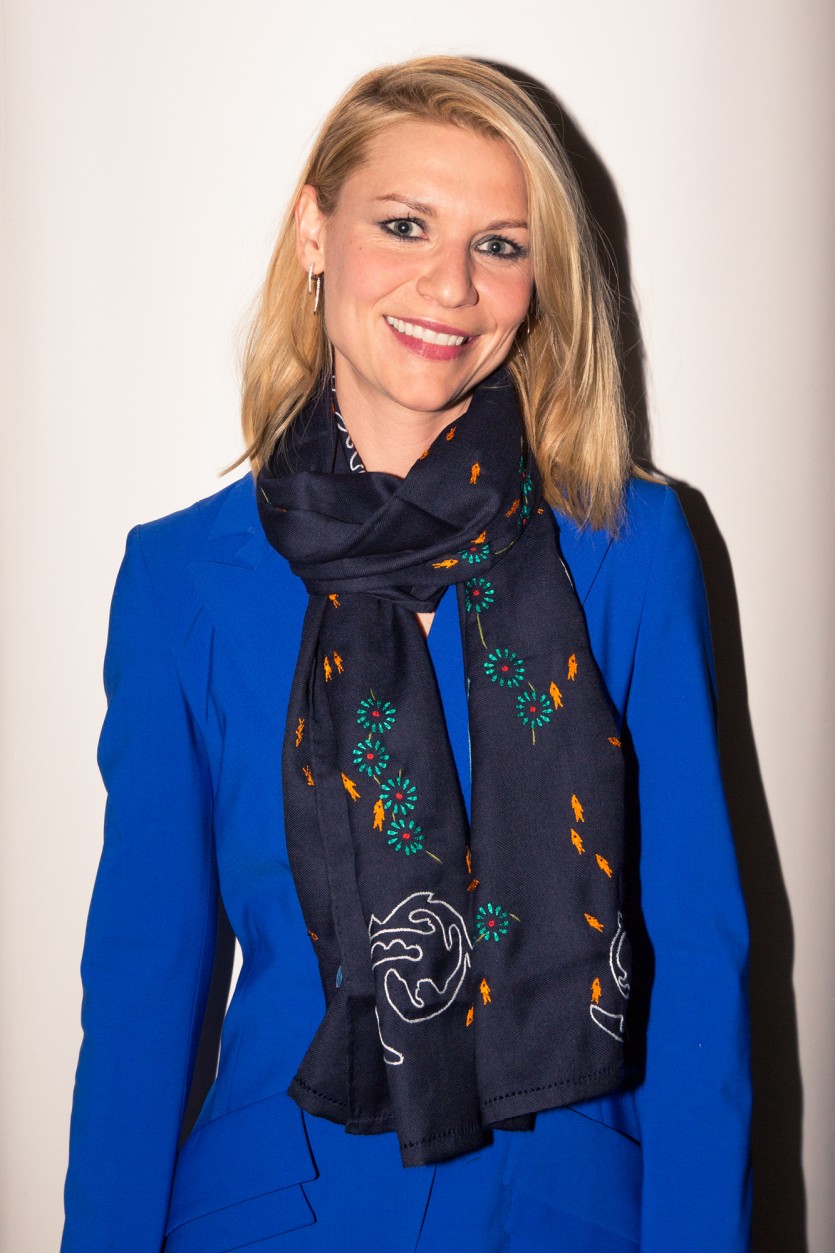 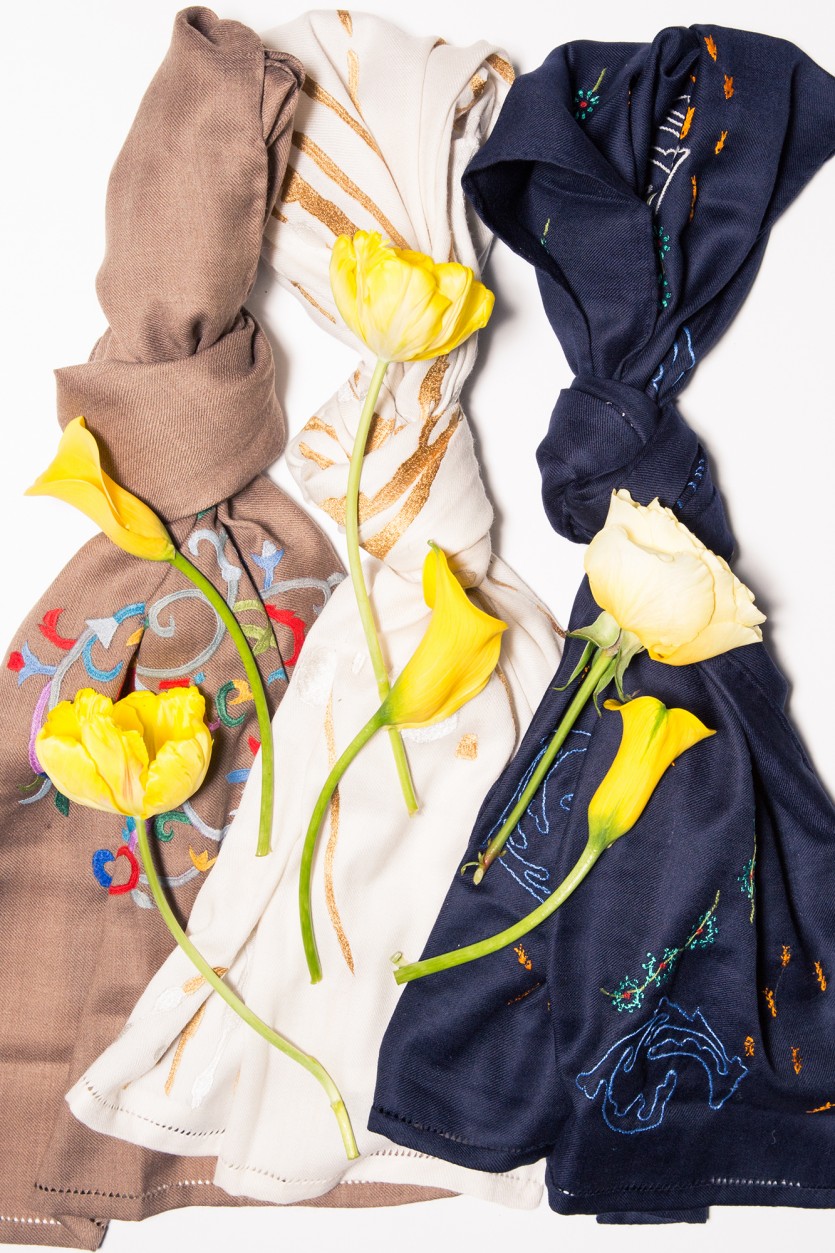 How Afghan Hands is a way to connect:

“The thing I really like about this organization is that these Afghani women, their work, their time, their heart and their creativity is literally embedded into the fabric, and we get to wrap it around our bodies. It makes them feel close, and I think that’s the biggest challenge, imagining that these people who seem so other are our friends.”

On collaborating on the collection with her mom:

“It was really fun! She did most of the work. I just kind of said, ‘Yeah, that's pretty!’ My mom is an artist, and that’s a large reason I’m doing what I’m doing, so I love being in a kind of creative conversation with her, and I’ve been in one since I was a day old. I’m really proud of her.”

The most valuable advice she’s received:

“My mom always said, ‘You know, you’re not the only pebble on the beach, Claire!’ She was always very encouraging.” 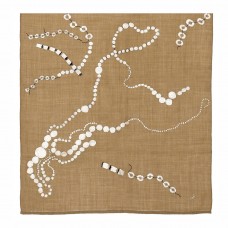 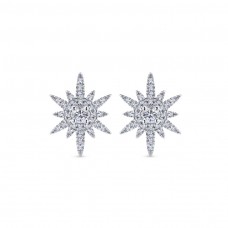 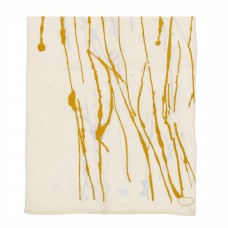