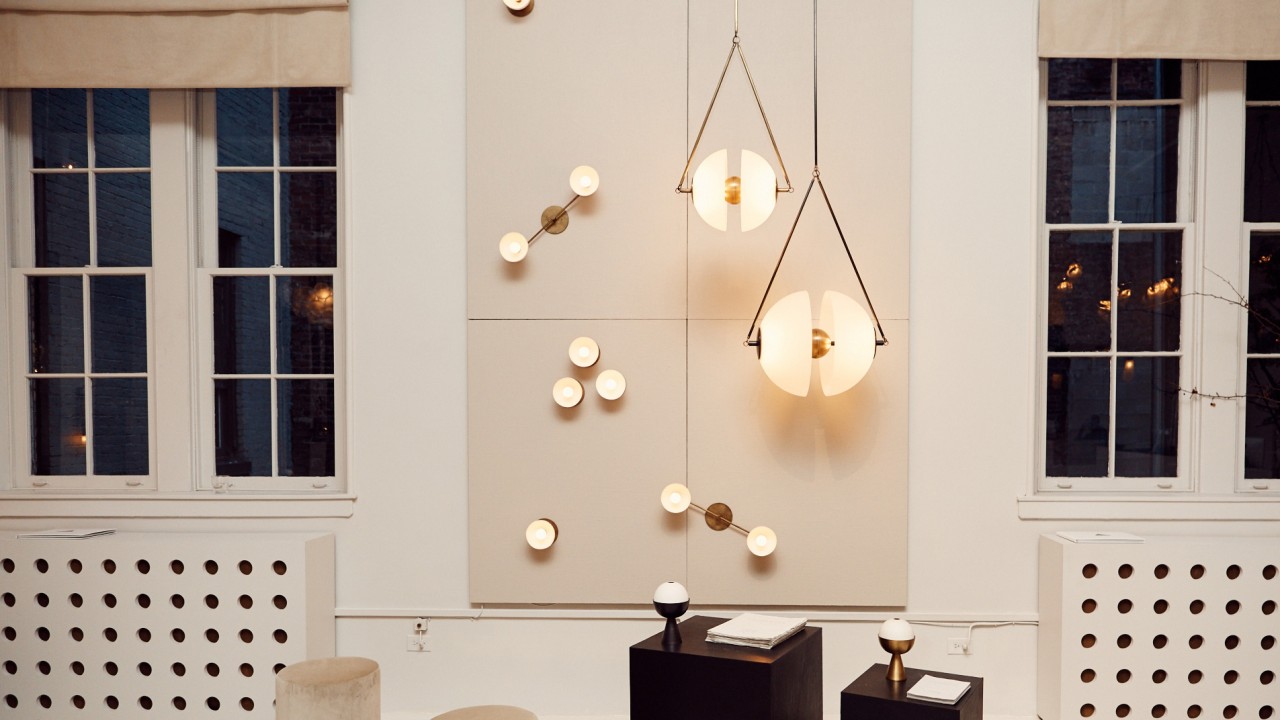 In Light of It All

How a little light can *really* change your perspective.

Presenting: the latest dispatch from Sharon Ainsberg, the fabulous co-founder of SHO+CO, a boutique bi-coastal agency that focuses on celebrity and influencer initiatives.

Lately I’ve been hearing a lot of “it’s the darkest of times” or “we’ve slipped into a dark, black hole.” We all know why. But let’s not go there right now. I’m keeping this month’s column upbeat, people.

We happen to rely on the concept of light and dark to describe almost everything we feel—both are so tied to our emotions and our overall mindset. I have found myself more and more fascinated with light and lighting in particular lately, because I finally understand the underpinnings of how it affects my state of mind—and how, when it’s experienced to its fullest potential, it can literally alter my spirit and create a magical environment. Light is simply one of those things we both take for granted and marvel at in equal measure.

My NYC apartment is very dark. It’s a large loft I rent from my cousin, who bought it basically for a pittance in around 1989, which I decorated from scratch. I am beyond grateful for both the space and my neighborhood, so please don’t misunderstand this as complaining—because it’s a big-ass NY apartment, and I’m damn lucky to have it. But I face an alley and a tall building—and the apartment sees sunlight for maybe one hour per day, and it’s usually when I’m not home. So the lights are almost always on. I suppose I’ve never given much thought to my “lighting design” other than buying lots of interesting lamps which are meant to simply help me and my guests see. I always had maybe two lamps on dimmers, for example. Even worse, I was the girl with a lot of coiled energy-saving bulbs—they last forever, and I didn’t really know my skin wasn’t supposed to look blue-grey all the time…until some interior design aficionado friends gave me a swift, rhetorical ass-kicking. Only then did I realize that all of my lighting choices were basically a horror and not doing my psyche nor my skintone any good. So let’s venture back to last summer, when this ass-kicking first ensued and how it has carried through to present day.

It turned out I didn’t actually know anything about anything because apparently lighting is everything.

Two years ago I bought a sweet little beach house near Amagansett, NY, as I may have mentioned in previous posts. In stark contrast to my NYC apartment, the beach house is flooded with light all day, and one never has to consider turning a light on until the sun has practically set. I was so happy to be immersed in sunshine all day that I kind of forgot about what would happen in the house at night. I peppered the house with beautiful and interesting lamps and put LEDs in all the recessed lights, and it was business as usual on the lightbulbs—barely gave it a thought. As long as the fixtures were beautiful, I thought that was all I needed. Until pals Ryan and Sean came to visit in July and have since been awarded the title of Most Expensive Houseguests I’ve Ever Had.
“Sharon, we love you, but the lighting in this house is dreadful,” Sean said. “You need to change every bulb in this place.” Ryan added, “You’re ruining this house. Literally. You’re killing the house.”

Now, some people might have kicked these “guests” out and suggested they go pitch a tent in someone else’s yard. But I became OBSESSED. These are people I trust. All this time I had thought I had a great eye for design, and it turned out I didn’t actually know anything about anything because apparently lighting is everything.

Ryan and Sean took me through every light in the house. “You want the look of candlelight—you want warmth—amber—NOT blue. It’s a beach house meant to be relaxed in.” Systematically, they began to break down incandescent bulbs versus LEDs and how the recessed LEDs had to be a certain “color temperature” (2700-3000), and every single light in the whole house had to be on a dimmer, and oh, guess what, I also had all the wrong wattage everywhere to begin with. Next thing you know, we were at a hardware store asking for 7.5W bulbs which I had no idea even existed (they are marked as “nightlight bulbs,” FYI) and then we were buying the place out of dimmers. The salesman’s eyes widened as he looked at Ryan and said, “Wait, you want to put a dimmer on a 7.5W bulb?” To which Ryan calmly responded, “Oh no, of course not, but I do want to put one on a 15W. Thanks.”

I’ve even taken to sending my other poor guests out for lightbulbs on occasion. Now, you may think all of this is just complete nonsense. And my contractor also warned me about what it would take to change out all the overheads. But I am here to tell you: I’m living in a different house. My heart sang when Ryan put that little peanut of a 7.5-watter in my Noguchi table lamp in my Hippie Room (and his heart sang too, he will tell you). Major, major VIBES abound. And now, when you look in the mirror in my bathrooms, you better believe there’s a supermodel looking back at you. Yeah, that’s you, sweet friend. But the most brilliant part is the way the lighting makes the house and everyone in it feel. There is a serenity and a glow that effortlessly calms your mind and soul. Naturally, I’ve begun the same journey in my city apartment, and I am forever changed in terms of how I approach lighting. So I am here to shed new light for you, dear readers…because I may just transform your nights at home into a veritable oasis of relaxation, with dimmers as your new BFFs. Here are a few of my faves out there to light up your life. Consider me your own personal Debby Boone.

Table lamp fabulousness: Noguchi Akari (use this with your 7.5W bulb, and tranquility knows no bounds)