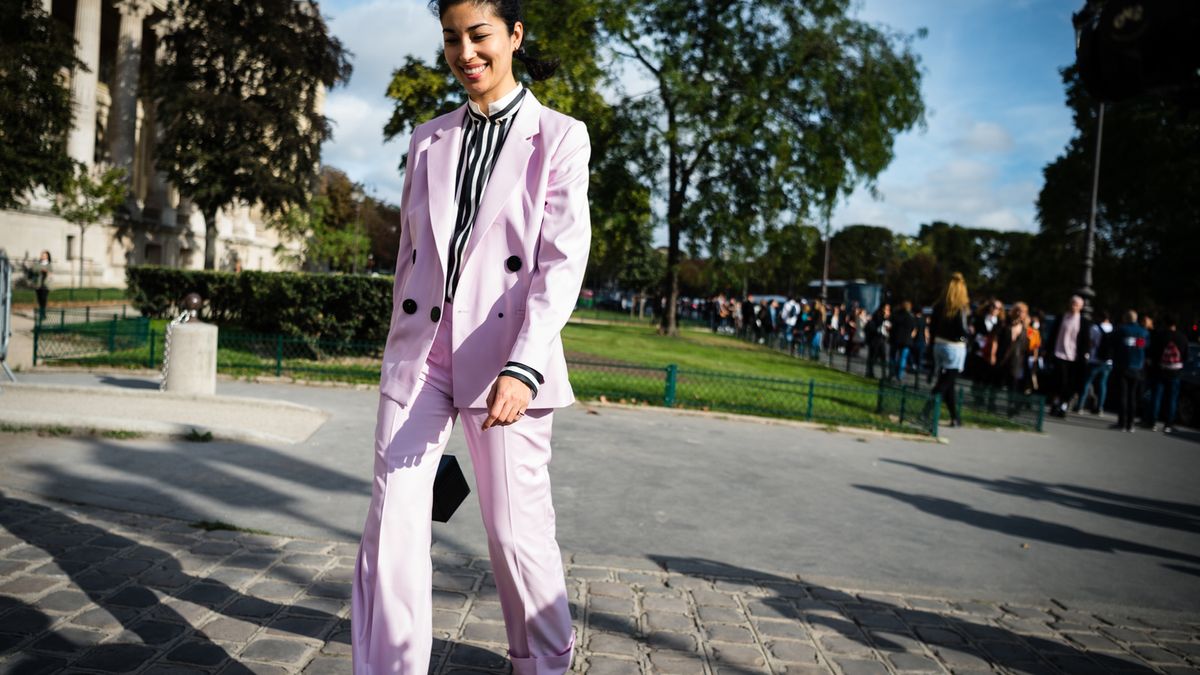 This Is What Parisian Editors Eat, Drink and Do During Paris Fashion Week

We asked the ultimate Paris insiders.

Paris Fashion Week: the grand finale of the whirlwind of fashion month, when we are both exhausted and exhilarated—usually just because we’re in Paris. This year, however, we’re doing something a little different. While we’re sure we’ll still spend our fair share of time sitting sidewalk-side at Café de Flore, we decided to break out of our usual Parisian routine and try some places that are a little more off the beaten path, so to speak. And no one knows the inside scoop on that better than the professional ~insiders~ at My Little Paris, the newsletter that delivers just that to the people who know the city best: Parisians. We asked for their Fashion Week version, and man, did they deliver—now we even know where to find Beyoncé. (And just because we love iconic Paris so much, we slipped a bit of that in too.)

Friends, if your thirst for Parisian knowledge is as unquenchable as ours, sign up for the new English version  of the My Little Paris newsletter. When you do finally make that trip, you’ll fit right in, promise.

Marble tables and mosaic-tiled floors are warmed up by smaller details—velvet upholstery, tiny vases of white flowers, rattan headboards—as well as by the smell of the gourmet fare wafting from the hotel’s restaurant, owned by David Lanher, the Frenchman behind Tribeca wine bar Racines. Proximity to Paris’s big department stores make it convenient for anyone planning to take advantage of the tourist détaxe, and the Opéra Garnier is a short walk away in case you plan to catch a show.

Located in Paris’s Marais quarter, Jules et Jim embodies the area’s hip, artistic vibe, but also its intimate, close-quartered coziness. The lobby features a 15-meter-long art gallery leading to a cocktail bar kept warm by actual, honest-to-god fireplaces. The hotel offers city tours in their own absinthe-colored vintage Citroën DS—no doubt one of the best ways to see the city (and be Instagrammed by onlookers.)

Opened again after major renovations last year, the Ritz is the iconic Paris hotel. It’s definitely not under the radar, but we’d take any opportunity to live like Coco Chanel—who actually lived in the hotel for a few years, and you can still stay in the suite she decorated.

You may know Merci as the concept store of choice for Parisian cool kids, but once you’re done shopping, we recommend checking out their decidedly bookish Used Book Café. It’s the perfect place to escape the chaos of Fashion Week, sip on a café au lait, and flick through a few pages of Bonjour Tristesse or one of the other 10,000 books that line the shelves.

Delphine Plisson’s team set out on a food pilgrimage through France, driving through hundreds of tiny towns and meetings with local producers from all over the country to source the products for this ultra-lovingly curated gourmet food store. From chocolates to coffee to cheese, everything is first blind-tested and graded out of 20 points before being sold in the boutique. Have a quick lunch here, and make sure you pick up some supplies for the road as well as for your friends and family at home.

Classic old-school French decor meets a modern, sustainable food philosophy at this boudoir-inspired restaurant. The whole place smells of truffles and freshly baked tartes tatin; come with a date and ask for ‘la jolie table’ for an intimate dinner made for two. (Don’t be surprised if Beyoncé and Jay-Z have already taken it: they’ve been spotted here once or twice.)

It’s become a cult classic among locals since we first wrote about it on My Little Paris way back when, but Cédric Casanova’s single-table, six-seater Sicilian restaurant is still one of our favorite dining experiences in the city. If, that is, you can score a table. The table.

Paris’s most famous swimming pool was recently made over into a trendy hotel made even trendier by the très chic garden-slash-rooftop-bar overlooking the city. For staying purposes, The Molitor is a little bit far away from the city center, but for drinking purposes, it’s worth a stopover. Preferably around sunset.

When it comes to floating bars of any kind, the majority tend to err on the side of “kitschy showboat” rather than “classy, chic drinking hole.” These two boozy barges are fantastic exceptions, featuring exceptional drink lists and some of the best views of Paris you can get short of actually going for a swim in the Seine.

While we generally shy away from nightclubs (particularly ones with queues as long as La Mano’s), the tropical atmosphere and latin-inspired beats pretty much guarantee a good time, every time. Surprisingly cozy for a nightclub, and, if it helps, H&M and Vogue filmed their Studio 54-inspired F/W 2016 collection video here.

Even if your French is less than parfait, this cavernous press boutique in the upscale 1st arrondissement is worth peeking into, if only to get some vintage fashion inspiration from their thousands of back issues of Vogue, Harper’s Bazaar, and Paris Match.

With its zinc-green shutters and tiny garden, the Musée de la Vie Romantique is more town house in scale than museum. But for those worn out by the tourists at the Louvre and looking for a calm spot to contemplate art, this is the perfect place to admire everything from jewels to watercolors alongside the ghosts of artistic luminaries like Chopin, Delacroix, and Liszt.

Le 104 (or the Centquatre, as it’s called) has emerged as the new beating heart of Paris’s art scene, hosting everything from photography exhibits to dance performances, experimental theater, community events, and recently, an entire show dedicated to virtual reality. Walk around the space if you can: there’s literally always something happening there.

Whether any of the random knick-knacks here can be called “useful” is up for debate, but the vintage trinkets at Paris’s Tombées du Camion are bizarre, unforgettable delights. Tucked into the famed vintage market of St. Ouen, it’s best thought of as a cabinet of curiosities—a place to pick up old soap tins, pharmacy bottles, or even erotica, if that’s your thing.

Not exactly a shopping tip per se—but this high-end cobbler is definitely a place for the well-heeled (so bad, we know). They specialize in fixing up luxury shoes (one local nickname: Dr. Louboutin), so if your fancier soles require patching up and you’re too scared to leave them with just any old local shoe repair, bring them here.

True to Parisian form, this fitness center takes a decidedly un-sweaty approach to working out, offering gentle yoga and pilates classes in place of shoutier, more intense forms of exercise. To cool down, book yourself a full-body scrub at their in-house hammam or an ayurvedic massage, or both.

For when you’re homesick for SoulCycle.

Do yourself a favor and book a class for as soon as you land with Martine. It’s the best way to recover after a long flight, bar none.

Sophie Fontanel is a 54-year-old French journalist and writer who is, to use a very un-French phrase, a total bad-ass. She caused a bit of a stir in the Paris fashion world last year when she quit her job as fashion editor at French ELLE (and then wrote a semi-damning book about it called La Vocation). She’s totally fearless, a little zany, and not at all what you think of when you picture a Parisienne working in the fashion industry. Her Instagram is often hilarious, sometimes profound, and always entertaining. We love her!

This is the most insider of all insider views when it comes to the City of Lights. If you’re going to Paris, following MLP is pretty much a requirement.

We’ll be there! And we be posting.

Wear this every day, with everything.

Simple and chic. Wear them with cropped trousers and a white t-shirt. And that blazer.

Quite possibly the most popular t-shirt in Paris right now, this is the French Girl’s answer to the cut-out boob shirt from Mean Girls.