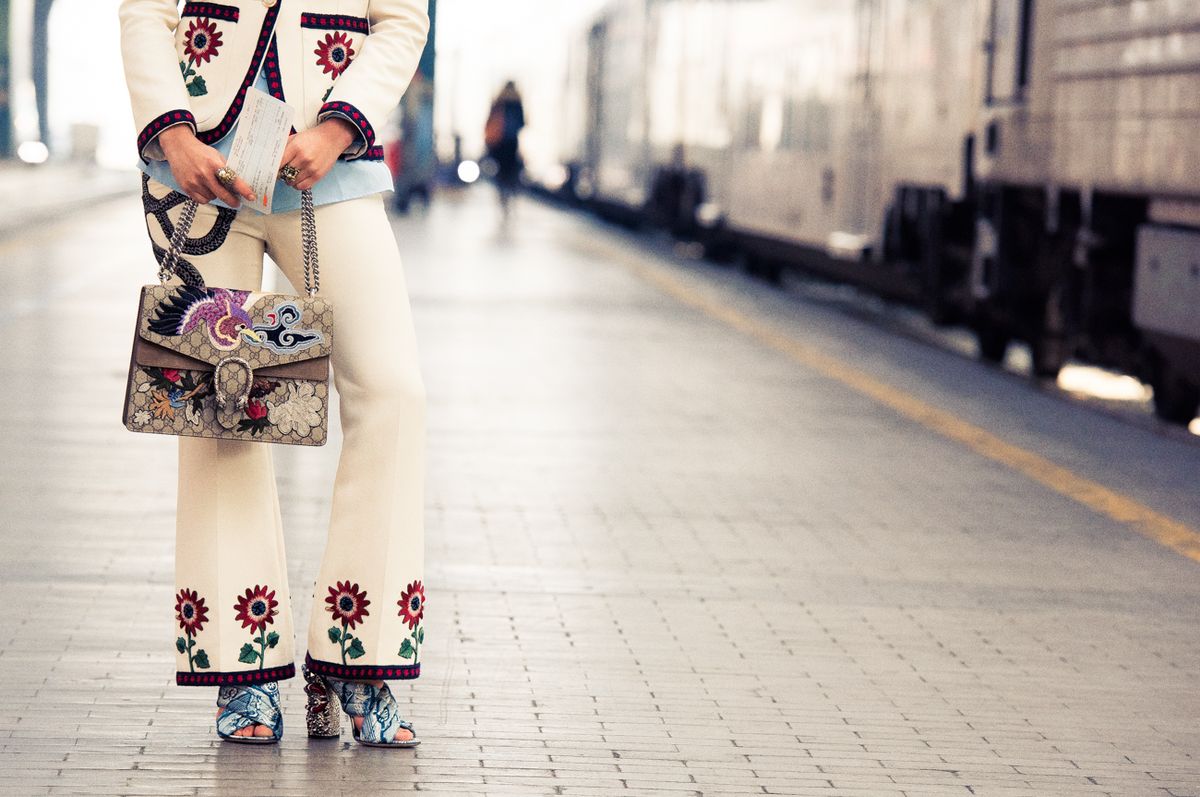 This Is What Editors and Models Eat, Do, and Wear During Milan Fashion Week

If London Fashion Week’s focus is the cool, young, emerging designers that show, we like to think of Milan as the home of Fashion with a capital F. There’s considerable emphasis on craftsmanship, and a whole lot of importance placed on heritage and legacy (of course), but the Italian capital has become equally revered for the new wave of influence it’s been ushering in, too. In fact, the latter can be summed up in one word: Gucci. Of course, there are other new-wave favorites—think everyone Stella Jean to Marco de Vincenzo, streetwear label GCDS, MSGM, and beyond. The whole thing is the perfect storm of luxury, indulgence, irreverence, and fun—and so it’s fitting that Milan is also the home of cappuccinos and cigarettes; pizza, pasta, and Parmigiano; and staying out on school nights. Here’s everything we’ll be doing in between.

We’re suckers for any hotel experience in the middle of an otherwise hectic, bustling city that feels just slightly removed from the hubbub that it becomes more of an oasis. Enter the extremely fancy Bulgari Hotel, which ticks all of those boxes.

We’re also suckers for boutique hotels that go heavy on the white, black, marble, and gold—hence our soft spot for Senato Hotel. It’s also a five-minute walk from Via della Spiga (aka all the shopping).

Think of this as ground zero for fashion folk during MFW. Translation? Five-star people-watching.

The birthplace of the Negroni, and fashion’s favorite Milanese drinking spot. Need we say more?

A 200-plus-year-old café, recently acquired by the Prada family, because of course it was. Your Instagram will thank you.

First things first: this is not a massive Prada archive, or a fashion museum—think of it as a massive playground filled with contemporary art, housed in a former distillery reimagined by Rem Koolhaas (highlights include a massive Willy Wonka-like gold-flaked building and a Wes Anderson-helmed café).

As it turns out, the best refuge from the fashion scene is the newly-ish opened MUDEC, which is home to some 7,000 historical objects and art (fittingly enough, they’re currently showing a Basquiat retrospective that ends this week).

After your requisite stop at the city’s Duomo (not to play favorites, but it’s far and away one of the prettiest), stroll your way over (preferably with gelato in hand) to the Royal Palace of Milan, which has since been reconstructed as a museum. They currently have a Keith Haring retrospective running till June.

We may be stating the obvious, but Corso Como is an essential shopping stop anytime one finds themselves in Milan. Stock up on some Alaïa, grab a cappuccino and some burrata at the garden café, stroll through whatever exhibit’s being shown at the gallery upstairs, linger in the bookstore... You can truthfully make an entire afternoon out of it.

Hello? You’re in the Italian fashion capital. There are serious, potentially life-altering deals to be had. While you’ll have to head for Tuscany to shop Prada’s discounted selection (worth the drive and/or train ride, TBH), Marni and 10 Corso Como’s Milan outlets are legendary among fashion fans.

Gilda is the very embodiment of a very specific, new breed of Italian fashion girl. There’s a tiny bit of streetwear culture influence, a deep reverence for luxury, lots of color, and a killer bag game to boot.

Tamu’s the nicest person in the whole wide world and her personal style (especially by way of Instagram) just feels like the same kind of big, cheery dose of sunshine she is IRL.

If you’ve been to Italy for even two seconds, you’ll come to appreciate a North American transplant who has the respect of the locals but can also sympathize when the traditional (sometimes unwaveringly so) culture can begin to feel...like a lot. She’s also an endless treasure trove of excellent under-the-radar and can’t-miss spots throughout the city.

They’re the cornerstone of many an Italian street style star’s wardrobe for good reason.

Gaia Spallanzani tipped us off that old-school Italian fashion women are *just* becoming okay with sneakers for daily, all-the-time wear. Embrace it, and the mid-height heel (Italian designers happen to be exceptionally great at them).