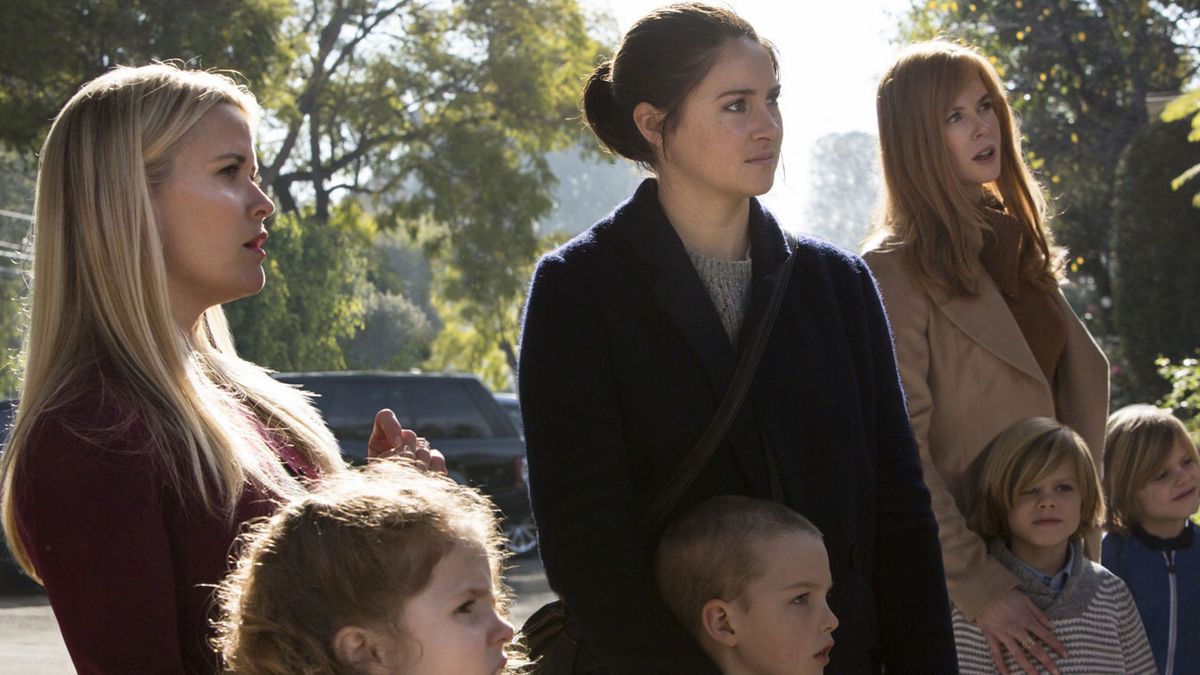 Following the Women’s March, I donated to Planned Parenthood and ACLU. Then I took my activism a step further and carried out a small (but no less meaningful) form of resistance: I vowed to never again watch The Bachelor. Because, hear me out: It’s 2017. Donald Trump is president. And I can no longer justify watching a show that so flagrantly advances the notion of women needing to compete with one another to get ahead in life (or, in this case, getting a single stem of a clichéd plant from a guy who, apart from his strong jaw line, is totally without merit.) Y’know?

Now looking to fill a hole in my weekly rotation, a promo for a buzzy new HBO miniseries with a stacked cast and a slick trailer caught my attention. Based on the eponymous novel by Liane Moriarty, Big Little Lies stars Reese Witherspoon and Nicole Kidman (who also count among the show’s executive producers), along with Shailene Woodley, Laura Dern and Zoë Kravitz. Clearly the casting director showed up to work that day.

The show is set in a beautiful, well-to-do enclave in Monterey, California, and mostly centers on a group of obscenely rich white women who live in modernist glass-paneled homes on the sea, and use their kids to wage proxy wars against other women. (A classic feminist storyline.) Madeline (Witherspoon) is a stay-at-home mom and drama queen; Celeste (Kidman) is a former attorney who gave up her work to raise her twins; and Renata (Dern) is a career mom who gloats about Hamilton tickets and being on the board of PayPal.

So, yeah... not exactly The Second Sex of our generation.

The town’s dynamic is somewhat upset by the arrival of newcomer Jane (Woodley), a young single mother who drives a Prius (the horror!) and has a part-time bookkeeping gig. And not because it’s cool to be busy, but because she genuinely needs the cash. Same, Jane, same.

“It’s like I’m on the outside looking in,” Jane tells Madeleine and Celeste over coffee. “I look at you, and you’re so beautiful … you guys are just right. And for some reason, that makes me feel wrong.”

But as the episode progresses, it becomes clear that Jane—who, by the way, sleeps with a gun under her pillow because of a traumatic incident in her past—is not the only one plagued by self-doubt and insecurity. Madeline fantasizes about punching her ex-husband’s sexy, free-spirited new wife (Kravitz) in the face. Renata feels so insecure about being a working mother that she snaps when her hubby calls out her rivalries with other women. And Celeste’s handsy husband (Alexander Skarsgård) increasingly paws at her in a way that verges on physical abuse. All this as police investigate a murder at the school’s fundraiser (ostensibly the conflict at the heart of the series), and Jane’s son gets in trouble for allegedly choking Renata’s daughter.

So by now, you’re probably wondering why this soapy piece of melodrama should rate higher on my list than The Bachelor. Well, let me explain. Women need other women in Big Little Lies. As much as they claw at one another and envy the lot other women have in life, there’s no question that they need other women to break through not only the glass ceiling, but also the suffocating glass walls of their fabulous seaside homes. We get the impression that Jane, with her haunted past, might be able to help Celeste, and vice versa. And we see Madeline break down when her eldest daughter, with whom she bickers incessantly, tells her she loves and needs her. Unlike in The Bachelor, the entire plot of which centers around women literally competing against each other for a single man, the ladies of Big Little Lies go out of their way to secure inter-female support. Why? Because they know their lives depend on it. Which, as a women living in 2017, has a particular resonance.