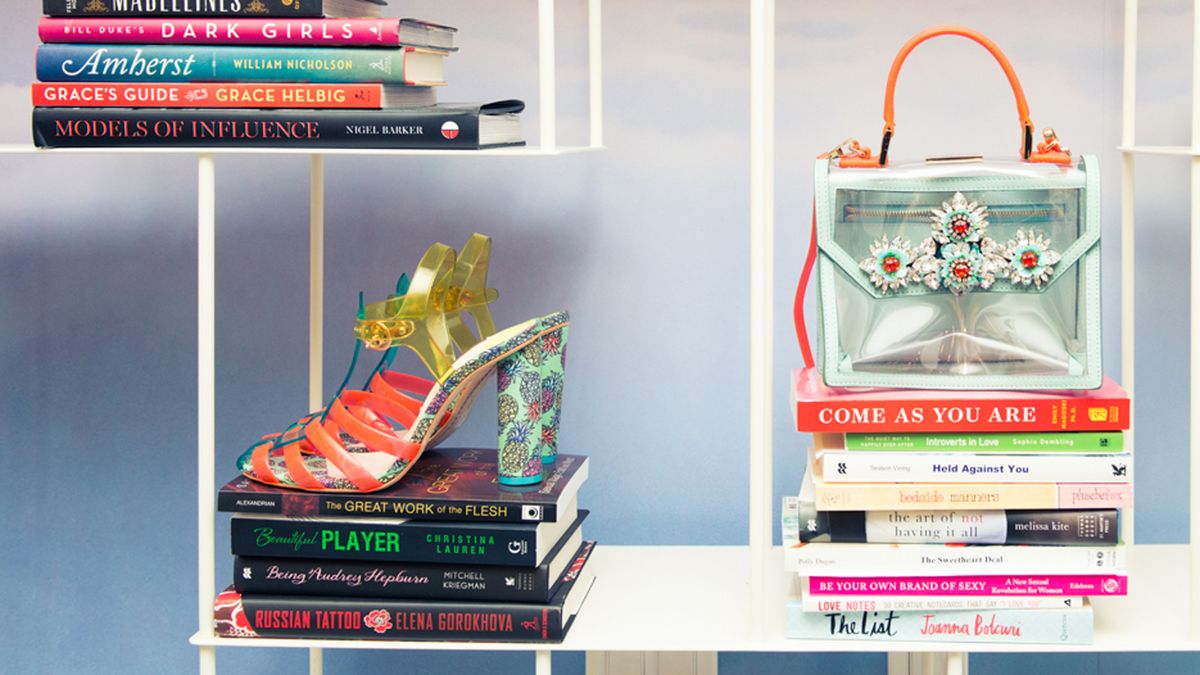 Finally live up to that well-read claim.

We all have a backlog of books we should have read three years ago. But there’s no better feeling than marching into a bookstore and selecting the most highly anticipated new book off the shelf like you just know these things. Here’s your cheat sheet of what’s coming out this year that you need to get your hands on (or better yet, just pre-order it now).

BECAUSE SOMETIMES ONE PERFECT SENTENCE IS ALL YOU NEED

Aphorism: (n). a short phrase that expresses a true or wise idea. Manguso gives it to us—sex, relationships, failure—one terribly pithy sentence at a time. Don’t count on this to be a back-of-the-toilet guide to pick up at your leisure. If her first micro-fiction book is any indication, this collection will rope you in and thunder towards a conclusion that’s as defiant as everything she’s written so far. (February 7)

BECAUSE WHO DOESN’T WANT TO READ AN ILLUSTRATED BOOK ABOUT MADONNA AND BASQUIAT’S MESSY BREAK-UP?

The Art of the Affair: An Illustrated History of Love, Sex, and Artistic Influence by Catherine Lacey, Illustrated by Forsyth Harmon

An illustrated guide of flings, muses, messes, and scandals between artists and writers. The drawings are as colorful and juicy as the stories themselves. And who exactly are we gossiping about? Madonna, Basquiat, Hemingway, Dali, Marilyn Monroe, Frida Kahlo, and Robert Mapplethorpe. To name a few. (January 3)

The Best We Could Do: An Illustrated Memoir by Thi Bui

In this graphic novel, every image looks like the characters are being gently blown away or else in perfect stillness. But unlike (almost) every other graphic novel you’ve picked up, this is not an action-filled adventure. It’s a sad story. It’s a touching memoir. Says a fellow Vietnamese writer about Bui’s debut, it’s “a book to break your heart and heal it.” (March 7)

BECAUSE WE’RE ALL DYING FOR AN ADDICTIVE READ

Marlena: A Novel by Julie Buntin

This is the page-turner for anyone who is still not over Emma Cline’s The Girls. Buntin’s debut is the story of bored fifteen-year-old Cat, who meets the pill-popping, magnetic Marlena. Addiction and drama duly follows. The story pulls and pushes you around, not unlike your own teenaged emotions, hopes, and dreams did. Expect a roller coaster. (April 4)

Too Much and Not the Mood: Essays by Durga Chew-Bose

It’s official: essay collections are in. Chew-Bose admits to watching and rewatching films obsessively, meditating on tiny details like the unlikely color of a diner booth or how an actress puts fries in her mouth. Needless to say, we’re dying to hear what this essay-meets-prose poetry (read: prose that strings you along in perfect rhythm) collection has to say about identity, womanhood, and inner restlessness. (April 11)

Hunger: A Memoir of (My) Body by Roxane Gay

Following the cult success of Bad Feminist and Difficult Women (out last month), we are all waiting for Gay’s third book, Hunger. (It bears mentioning that she just pulled this book from Simon and Schuster because of their affiliation with alt-right figure Milo Yianopolous!) If you haven’t already fallen in love with Roxane Gay, it’s time to catch up with her rowdy, honest discussions on everything we should all be talking about right now: feminism, privilege, race, and self-acceptance. (June 13)

BECAUSE IT’S THE IT BOOK RIGHT NOW

Gil thought his wife, Ingrid, was dead. But while he’s trying to unravel the mystery through cryptic messages scattered in books, she appears outside his window. Or so he thinks. Swimming Lessons reads with a film-like continuousness. It feels refreshing and windy, but it also might drown you. (January 28)

BECAUSE HYGGE IS OUR FAVOURITE WORD, EVEN IF WE STILL PRONOUNCE IT “HIGGY” IN OUR HEADS

The Book of Hygge: The Danish Art of Contentment, Comfort, and Connection by Louisa Thomsen Brits

We all like to alternate between rabid coffee consumption, fierce goal-pursuing, and total calm, but after being featured in The New York Times (and everywhere else), the Danish concept of hygge (hoo-gah) is our new favorite. This coffee-table book is as delicious as it is instructive. Think photos of crisp, clean interiors and meditations on how to channel your inner Danish cool-girl. (February 7)

BECAUSE WE’RE NOT SO SURE IF...

There Are More Beautiful Things Than Beyoncé by Morgan Parker

We’re not so sure we can be convinced that there are more beautiful things than Beyoncé, but we’re definitely going to let Morgan Parker try. (February 14)