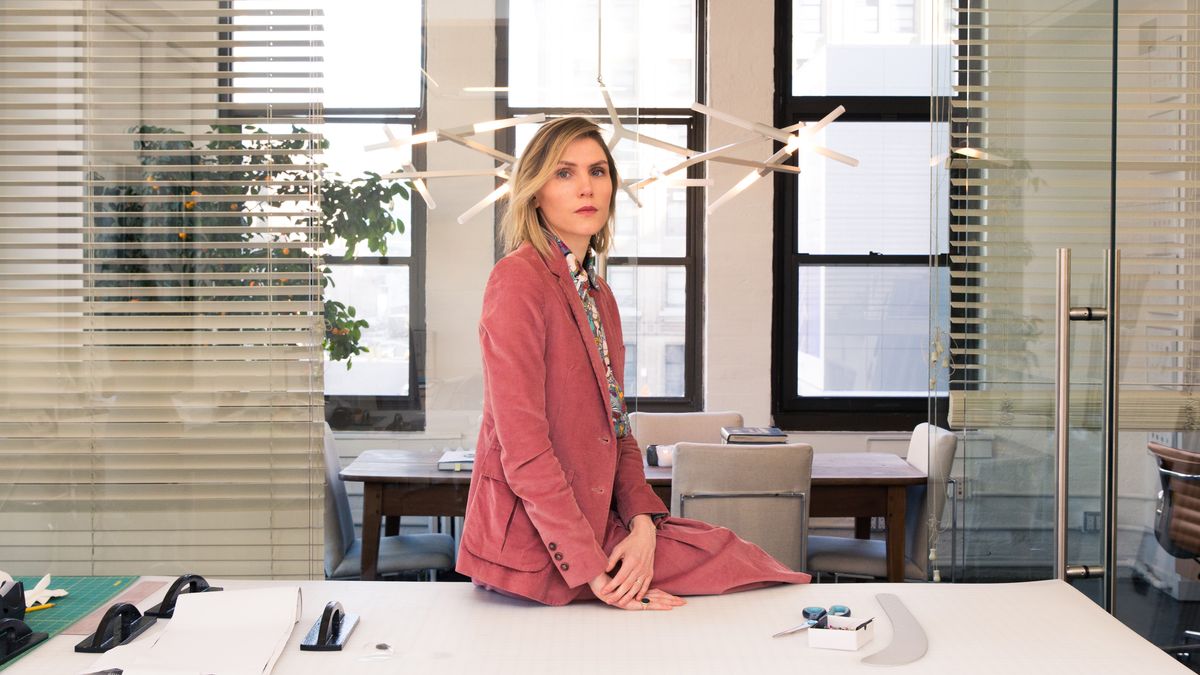 Gabriela Hearst’s Fall Collection Was Made for Senators, Not It Girls

How the cult designer’s fashion show came together, and which power woman she used as inspiration.

If politics and power women have been on your mind as of late, you might fall madly in love with Gabriela Hearst’s fall collection. No, it doesn’t include graphic tees emblazoned with empowering phrases. In fact, the influence isn’t all that obvious at first. But soon, you’ll see it—inspiration drawn from activist Angela Davis, who made history while wearing tailored suits and turtlenecks.

We caught up with Hearst a week before her show, and, surprisingly, she seemed pretty calm and ready to go. Here she talks about how everything came together so perfectly, and who she’s hoping to see wearing her collection.

First, She Found Her Inspiration

“We started thinking about the Harlem Renaissance in August or September last year. Separately, I live in James Baldwin’s house—the Greenwich Society recently put a plaque on it—and went to see 13th at the New York Film Festival. Angela Davis is one of the people featured in the documentary, and [in that moment] I was like, ‘Oh, her—she’s the muse.’ I’m always [inspired by] a woman that is strong and passionate. Even when Angela was going through this extremely challenging moment defying the system, she fought back. It was very clear—once you start thinking about Angela Davis, you start asking yourself the question ‘Will Angela Davis wear this?’ I can design accordingly.”

Fashion and Politics *Can* Go Together

“After November, we were all feeling a bit down, and we needed role models. We added Angela Davis to our mood board. We added Tammy Duckworth, Catherine Cortez Masto, and Kamala Harris, the new senators. We picture their strength and create beauty—which I do think is necessary because it gives you hope. Beauty can be perceived as something frivolous when you say, ‘Oh, I’m making clothes, and all these things happened.’ But this is what we do, and if you’re true to who you are, and you do it in the best possible way, you use this as inspiration and transform it.”

Then She Started Sketching

“I just sketch whenever I have a moment or an idea. That gets transformed into a technical sketch, and then from that to the garment. We all work very hard together. You’ll see that I always envision [the looks] with a turtleneck, because Angela Davis wore a lot of turtlenecks.”

“We’re a luxury company, but we believe in being efficient and not wasteful. I had this idea of using high-end fabrics that already exist in the market but are overstocked. So we worked with Loro Piana, and what we do is we create these limited-edition garments with fabric that already exists. Thirty percent of the collection is made that way. The beautiful pink cashmere coat? In that case, we’re only going to be able to make ten. Then there’s this puffer denim made of Loro Piana corduroy—we’re only going to be able to do 60. It works from the environmental perspective and from the sales perspective, because [stores] will have something unique for the customer.”

“Swarovski gave us overstocked stones, and we created this organza dress with them. It was enticing because we’re not a collection that you would associate with using stones, and I like to work with whatever the assumption is and rough it up a little bit. It’s good to keep people on their toes.”

And Then There Are the Turtlenecks

“I love to have things that are soft on the body. I think strong women always have a very soft interior because they have these huge personas and characters. They’re hiding something in a way, and that’s their vulnerability. That’s why I put something soft on the interior, to symbolize that. It’s what I believe makes [these women] empathic and connected to others.”

The Pieces Are Perfect for Power Women

“I would love to dress all the senators that I mentioned. I don’t know how that works...if it’s kosher. I’d love to dress the CEO of Planned Parenthood—she’s amazing, I’ve heard her speak a few times now. Angela Davis I’d like to dress, and Robin Wright. I love people who use their attention and focus to enlighten or serve others. Robin Wright won’t go to an event unless it’s for a charity or a cause that she feels strongly about. I love people who have those types of values.”

She Doesn’t Care about Dressing It Girls

“I just don’t think that’s us. I’d kind of rather be lukewarm than hot, let’s put it that way. If you’re hot, you go cold—we’re trying to create something that will be here for a long time. We don’t want to disappear tomorrow. You’ve got to be solid.”

A Runway Replaced Her Usual Presentation

“This is a proper show—small, like 150 people. It’s very personal. We did these pillows that are cashmere on the top and then merino wool with a not-for-profit in Uruguay as part of the decor. We’re using chairs from my home. We try to not be wasteful with anything that we do.”

It Took a Ton of Prep—and a Bit of Confidence

“You have to prepare, prepare, prepare, and then the day of, you just have to let it go to chance. I learned from an interview from Björk many years ago that she trains and prepares, and then when she goes to perform, she just kind of lets go. Then you let chance meet your preparation.”