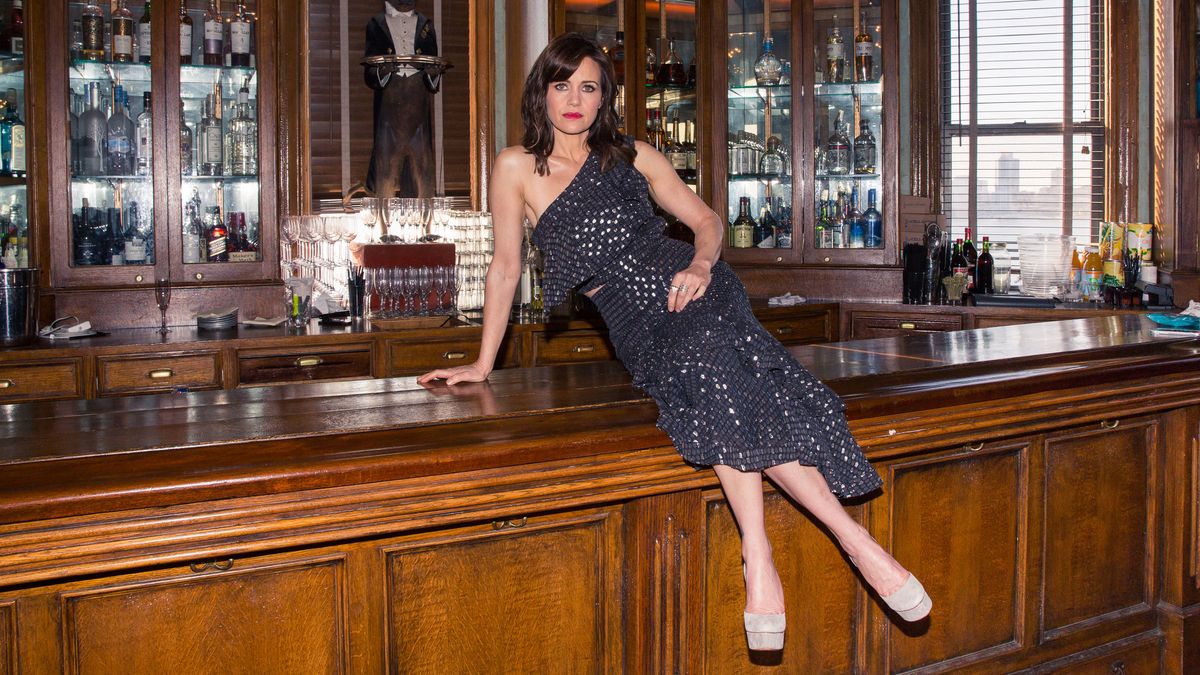 Exactly How This Actor Got In Shape For Her Latest Role

Carla Gugino gives credit to yoga and high-altitude training for her fitness level.

If you’ve been tuning in, you’ll remember that we went on an epic food tour around New York’s West Village and Chelsea with actress Carla Gugino, who, IRL, is very sweet and thankfully shares very similar tastes with us (i.e., olives and negronis all day long). While most of our day involved food, food, and more food, we did get a chance to chat about how she balances out those double-chocolate chocolate-chip cookies with a bit of Barre3 (her latest obsession) and SoulCycle, and how she physically prepared for her latest role as an astronaut in The Space Between Us. It included a lot of cardio (and high altitudes in New Mexico), plus wire training—aka using just your core to balance while being held up by a wire. As far as staying calm despite a crazy schedule? She credits morning meditation over multitasking, and years of yoga. Yeah, it had us rushing to re-download Headspace and get ourselves into a downward dog ASAP—especially if it can help us radiate even a fraction of the warmth and calmness that Carla did on set.

The workouts she turns to in New York:

“I’ve been doing yoga since I was 13. It’s great because I can do it in a hotel room anywhere I am. I’m really into Barre3 in the West Village, it’s such a kick-ass class. If I’m in New York I'm doing Barre3 and SoulCycle. If I’m in L.A., I’m hiking and swimming.”

How high-altitude training got her in shape fast:

“We shot The Space Between Us in Albuquerque, New Mexico. Most of the training that went into it was zero-gravity, where mine and Asa Butterfield’s character are floating around in the spaceship. It’s a contrast between the fact that she is a gazelle who moves freely through space and on Mars—that’s weirdly her element—but on Earth, it’s much more difficult, which is reflective of her emotional state regarding Earth and Mars as well.

“The altitude really helps in an interesting way—half of the out-of-breathness was acting on and half of it was just altitude. There’s a scene in the film where I’m running after a plane and we must have done that for eight hours. By the next day—and it takes a lot for me to get sore—I couldn’t believe how sore I was, and I realized it must have been because of the altitude.”

Why playing an astronaut calls for some serious abs:

“There was a lot of wire work while filming and in order to do those kind of moves—turning sideways and moving forward, and slowly spinning—is that all of it is in your core. Pilates has nothing on that, because if you let yourself go, you’ll just spin really fast.

“I’m a fairly physical person anyway. In Albuquerque, I would go to the gym near my hotel every morning, I would do core and step machines. I really needed to have my cardiovascular in the right zone and as an astronaut you have to be slim. So it was about doing strength training and trying to keep my cardio up.”

Why she wants you to stop multitasking and start meditating:

“I’m a meditator—in the reality of today, and particularly for women, we don’t ever take 20 minutes unless we schedule it. The brain is such an active organ, it wants freedom to daydream in a way, and we just don’t allow space for that. Yoga is always meditation to me, too. More so than relaxing, they both allow time to slow down a bit. Somehow I feel like I bend time and I have more hours in the day. I remember someone once saying, ‘You should meditate for 20 minutes a day, and if you don’t have the time, you should do 40.’ It’s really interesting, because it is true that although I might wake up very early before going to set and meditate (sometimes that’s not the funnest thing to do), my day is infinitely better for it. I’m much more present and less stressed.

“Meditation is individual to each person—[even] if that time is just sitting down with a cup of coffee or tea and zoning out. We always feel like we need to be doing a task, especially as women we think, if I’m not multi-tasking three things at the same time, I’m not actually fulfilling my potential. You don’t end up doing any one of those three things as well as you could if you were present and took your time to do each.”