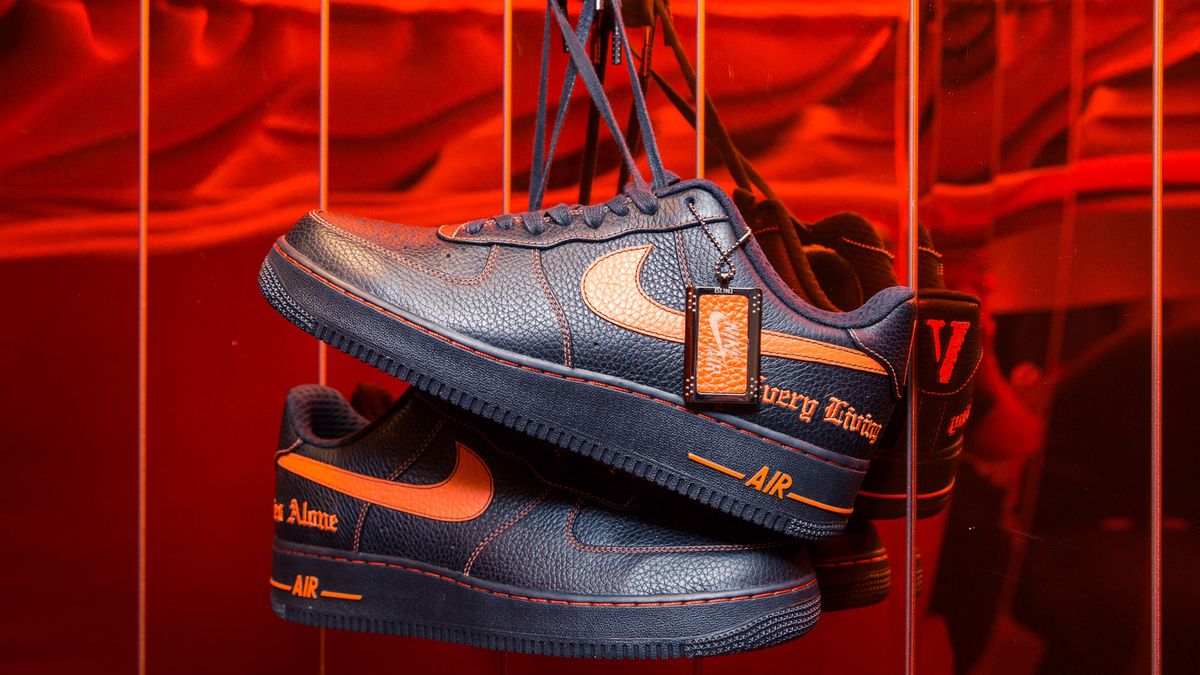 A closer look at the Riccardo Tisci, Comme des Garçon, et al. releases, and what's with those Virgil Abloh rumors.

Anyone else notice how Nike became a luxury brand seemingly overnight? Think about it: it isn’t uncommon for their limited runs (and collabs with some of the most notable and *cool* brands, like Riccardo Tisci and the rumored Virgil Abloh collab coming soon) to not even settle onto their shelves—they sell out that quick. As for resale? Well, if you’re lucky enough to find a pair that’s surfaced from the confines of its sneaker-collectors’ lair, then you better be willing to shell out 1,000x its original purchase price. With NYFW well under way, Nike has taken over New York with sequential releases of some of their most long-awaited collaborations (and other great things, like partnering up with Cov-alum Melina Matsoukas on a new film titled Equality, ft. everyone from Serena Williams to LeBron James). While getting your hands on them is near impossible, we’re giving you the closest look you can get without actually seeing them in real life.

Right on the heels of the news of Tisci’s departure from Givenchy, his third chapter with Nike drops. Strategic? We don’t know. But now we have the answer to what was with all those Bella Hadid/Tisci smooching pap pics a few weeks back—they were likely shooting his Nike collab campaign. For his most recent release, Tisci combines the Nike Dunk with the Chukka shoe for probably the most wearable style yet. The new styles have also launched alongside custom Nike Destroyer jackets by artist Eric Elms.

These orange-and-black Air Force 1 low tops—which pay homage to Harlem’s inimitable past, present, and future hoop culture—are A$AP Bari’s very own pair. While the shoe made its first public appearance (yes, we just said that) at ComplexCon in November, Nike just released the long-awaited final production in a pop-up in Harlem this past weekend. But we bet you’ve never seen them like this before.

If Cinderella had a running shoe… You might have spotted the clear (yes, CLEAR) Dunk Hi’s on dark web sneaker forums—photos of the sample surfaced back in June—and on sneakerhead social media (the shoe was available in Japan first) a few months ago. Now the see-through pair, created by the genius mind of Rei Kawakubo, is finally popping up in stores across New York. While we’d like to say run, don’t walk, we’re willing to bet, just like its side panels, they’ve disappeared. Better get eBaying.

Sneakerheads are freaking their shit over this collab. If the first collaboration with co-founder Errolson Hugh and Nike on Lunar Force 1 is any indication—albeit the design was polarizing; pairs are still going for astronomical prices on resale sites—the second round, this time Hugh’s iteration of the Nike Air Force 1 Downtown will be no different.