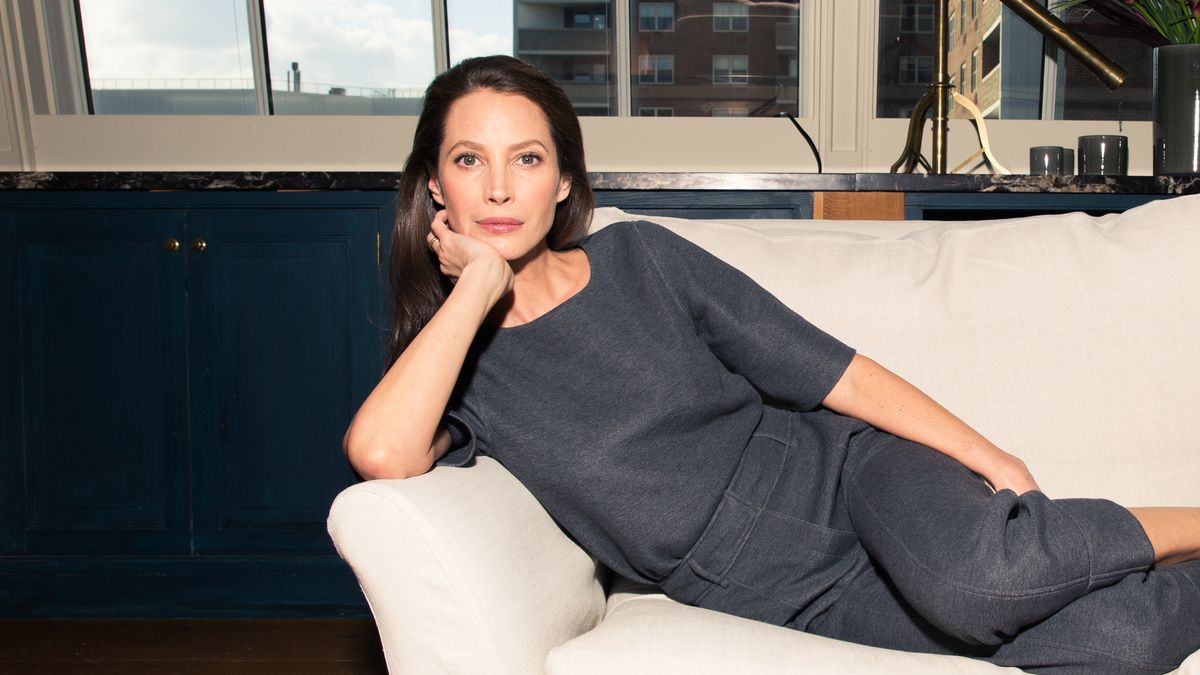 The supermodel is surprisingly low-maintenance.

Somewhere along the way, we convinced ourselves it takes a ton of work to look as good as a supermodel—special creams, hours spent fussing with hair and makeup, etc. But what makes Christy Turlington Burns so fascinating? As beautiful as she is, she’s surprisingly down-to-earth and low-maintenance. She has no problem borrowing grooming products from her husband, Ed Burns, and is even wears men’s fragrances.

It’s actually a men’s fragrance that brought her and COVETEUR together, as she and Ed star in the campaign for Calvin Klein Eternity Intense. While the photo was originally shot in 2014—as a recreation Christy’s Eternity ad from 1995— it’s never been seen by the public, and the model is thrilled to still be working with the brand after all these years.

“I’m really proud of the relationship,” she told us about the gig. “I’m not aware of as many long term relationships like this one.”

Find out what else Christy had to say about the campaign ahead, and why she doesn’t really have a beauty regimen.

“We do this all the time! There were moments where we would be laughing hysterically because in one sense, it’s better to be with someone you know and have a relationship with, but it’s so weird to be in a situation where others are around. You are in an intimate situation. I think it’s preferable than working with a stranger, yet it’s a funny thing to perform in love with an audience.”

“I have [worn men’s scents] over the years. I typically like single-scent type of scents, like sandalwood and amber. I wear those by themselves, so when they get more complex, they aren’t as me. But I feel like [I would wear] this one. It’s very clean smelling. Eddie doesn’t really wear scents, so I like that it’s sorta woody and earthy because that’s what I like, so I can influence him!”

On using men’s products in general:

“Sometimes [I use] men’s hair products, actually! I borrow my husband’s pomade, which is all he uses. My hair is actually curly, so if I have it up or back, I'll use that to keep it in place. Otherwise, we pretty much share whatever shampoos or conditioners we use. He loves cream, and I think most guys do. He’ll take whatever I have. He overuses! [laughs]”

“I don’t really have a regimen, per say. I think running and yoga are kind of the critical piece. I think it’s important to breathe and move and sweat and all those things. To be outside! To appreciate all the things that having free will and a life can offer. I clean my face, I moisturize my face, I hydrate but I don’t spend a lot of time doing anything outside of that. It’s really just to, like, get on with it. I’m not precious about anything and I don’t like to spend a lot of time on myself. I would rather do other things for other people.”

On mothers supporting other mothers:

“I think it’s really important for women to support women, and mothers, obviously. The organization that I founded, [Every Mother Counts], is very focused on moms. It’s certainly the hardest job I have and that I have ever done. When you know that, you recognize it in others, and you want to make sure that other people feel that love and support or recognition of how hard and important and worthy it is.”

Whether or not she ever disconnects:

“It is important to do it, but it is so hard to do as a CEO and as a mom. If I disconnected from work, I would never disconnect if my kids aren’t under my roof. It’s always like, ‘Where are they? What are they doing?’ That is really hard. I think sleep is the only time [I disconnect], or on planes. Even if there is Wi-Fi, I like to pretend that there isn’t Wi-Fi. Like, ‘Oh sorry! Not on my plane!’ I think it is important to have time when you aren’t consumed with information constantly. So yeah, I try to be disciplined about it.”