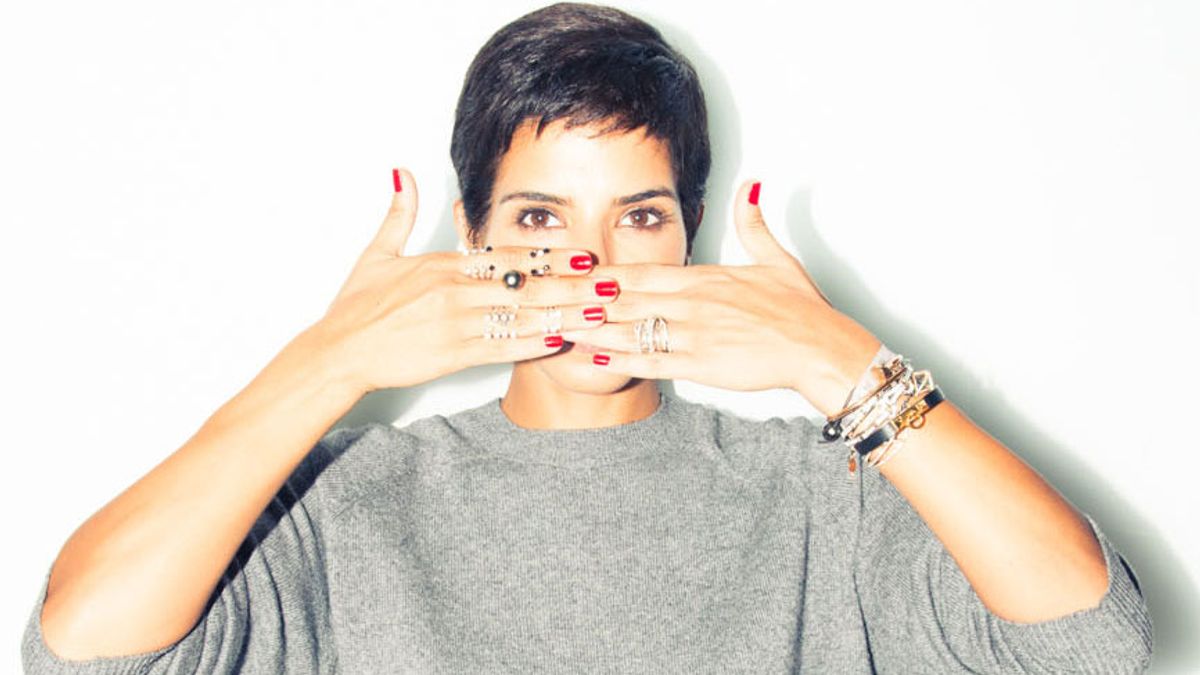 Did this New Age-y adversary get converted? She went to New York's Inscape to see if it was possible.

You know those people in yoga class who get a little bit too into it? They breathe a little *too* deeply, groan in ways that evoke your most cringe-worthy sex thoughts, and resort to speaking in Sanskrit when describing a posture as straightforward as lying on the floor?

Historically, when I’ve pictured a meditation studio like Inscape, I’ve imagined it chock-full of the aforementioned types—all chanting and deep-belly-breathing to a thunderous cacophony. Not one for having spiritual experiences in public, I’ve always steered clear of such places, slotting them in with other New Age-y spots like salt caves and ear-candling spas.

But when I found out that the studio was founded by Khajak Keledijan, the founder and former CEO of Intermix, and Lew Frankfort, the executive chairman and former CEO of Coach, my skepticism waned. My logic: These dudes have important jobs and demanding schedules (not to mention superb taste), ergo, it’d follow that Inscape would espouse a more modern, efficient, and secular approach to meditation. Right? Curious to see if my intuition was right, I went to check out the studio one Sunday morning.

Decked out in grey couches, oversized windows, and sleek bamboo floors, the space looks like a cross between an art gallery and the Manhattan loft of my dreams. There is a retail section that sells Moon Dust and $65 aromatherapy oils, and a butterfly-themed art installation by Arianna Huffington’s daughter.

A beautiful and preternaturally calm woman, the literal picture of health, approached me and in hushed tones introduced herself as the “facilitator” of my “mantra” class.

Facilitator? Mantra? They couldn’t be serious.

But they were, and by the time I settled onto a pouf in the (admittedly) gorgeous meditation room—all wooden beams, mood lighting, and a mystical vibe inspired by “the temple at Burning Man”— I was already working up an excuse to leave. Maybe I can fake being sick. Shit, but I paid $25. And besides, I really want an Instagram.

I looked up. In the time I had spent devising an exit strategy, the room had filled up with harried New Yorkers whose anxious expressions and darting glances screamed “I can’t believe my therapist talked me into this” and “I should’ve just taken a Vicodin.”

But before anyone could make a run for it, the facilitator walked into the room, sat down on her pouf, and brought her hands into prayer center. Half expecting her to delve into a long-winded speech about chakras and vibrations, I was relieved when a pre-recorded voice not unlike Siri (but in this case named Sky) started leading the class, instructing us to focus on our breaths and the present moment. At first I resisted, not wanting to fall into the thrall of Sky’s soothing voice, but as class progressed, I found myself unable to control slumping deeper and deeper onto my pouf. Damn, it’s cozy in here, I thought, swaddling myself in the alpaca throw folded next to my cushion. The lights transitioned from an energizing yellow to a deep violet hue as ambient sounds filled the room, lending a vacuum-like quality.

I flicked open an eye to make sure I wasn’t the only one under the spell of these strange sonic frequencies. But sure enough, everyone appeared to be either sleeping, in a deep trance, or staring dreamily into space. I closed my eyes and fell asleep, waking up some 15 minutes later to the sound of Sky urging us to “travel gently”—the kind of nonsensical yogi speak that would’ve normally caused me to roll my eyes, but in this moment felt like a warm hug from the universe.

Then the lights turned on and the sound reverberations ceased. And just like that, we landed back on Earth.

In the lobby, the facilitator approached me and asked how I enjoyed the session.

“Fine,” I said, and turned towards the entrance, not wanting to let on that I enjoyed it as much as I did.

But as I pushed open the front door and felt the cold air against my face, it dawned on me that I didn’t want the warm, dopamine-soaked feelings to end. So I turned around, sank into one of the bean bag chairs, and spent the next hour drinking tea and sampling the $65 aromatherapy oils, which were delightful.

Mindfulness
Part of the series: