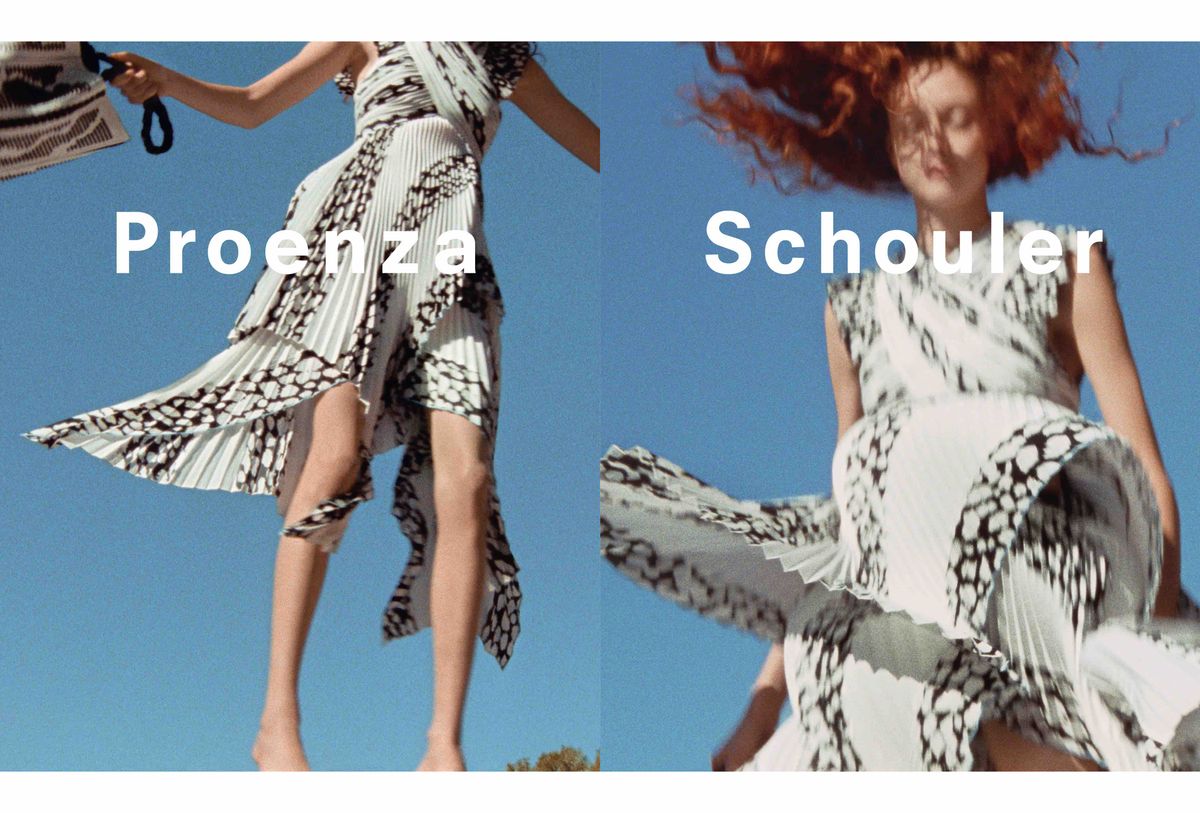 We Are All The Models in Proenza Schouler’s New Video

Jack and Lazaro somehow know exactly how we feel.

When I got Proenza Schouler’s new video campaign in my inbox this morning, I watched it and thought: “Whoa, that’s me.” Okay, so it’s actually Natalie Westling and Selena Forrest and they’re wearing the designers’ impeccable Spring collection, but I swear to god, director Zoe Ghertner put together a pretty spot on visual metaphor for being a woman in 2017. Falling through the air; landing on a not too comfortable, but relatively forgiving bottom flat on your back; but with the possibility of bouncing back and really going high (in Michelle Obama’s words...) *waves at self in mirror*.

“We were interested in the idea of movement, of freedom—a spirit we felt would best be captured on video rather than through traditional still photography,” said Jack McCollough and Lazaro Hernandez in the press release. “Zoe Ghertner shot the video and interpreted the mood and energy of the collection in a way that felt new and exciting to us.” This is us, bouncing back with movement and freedom.