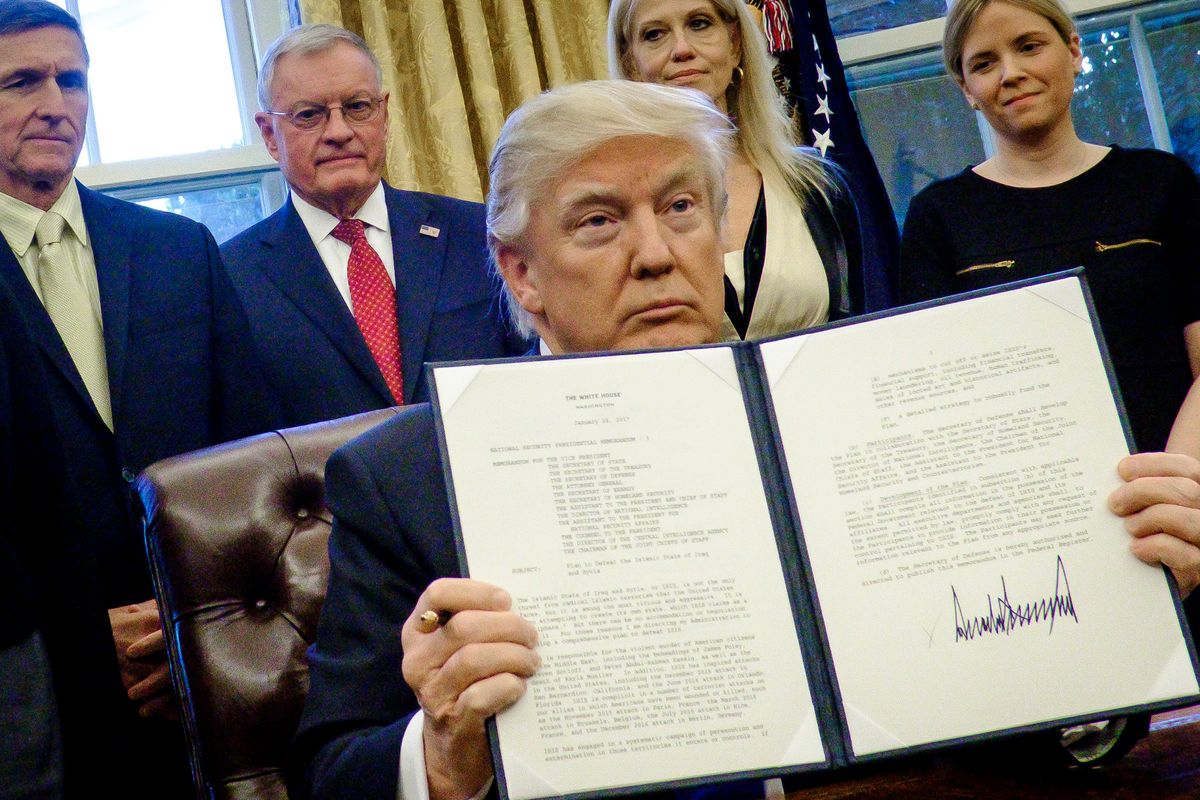 Everything Donald Trump Has Done Since The Inaguration

The Cliffs Notes version of all his executive orders.

If you’re feeling a little overwhelmed with the ‘round-the- clock information overload that’s been going on post #election2016, you’re not alone. In between all he memorandums, executive orders and actions, (more on all that, here) and Twitter rants, we’ve compiled a list of everything #45 has done since his White House debut less than two weeks ago.

We like to think of this as a way to remind ourselves now and in the future that whatever this is isn’t normal and urge you to, too. In other words, write it down so you know it’s real.

Here’s a look at what Trump and co has actually done so far, not including the many rumored plans and talks of what’s to follow. Brace yourself...it's already a long list.