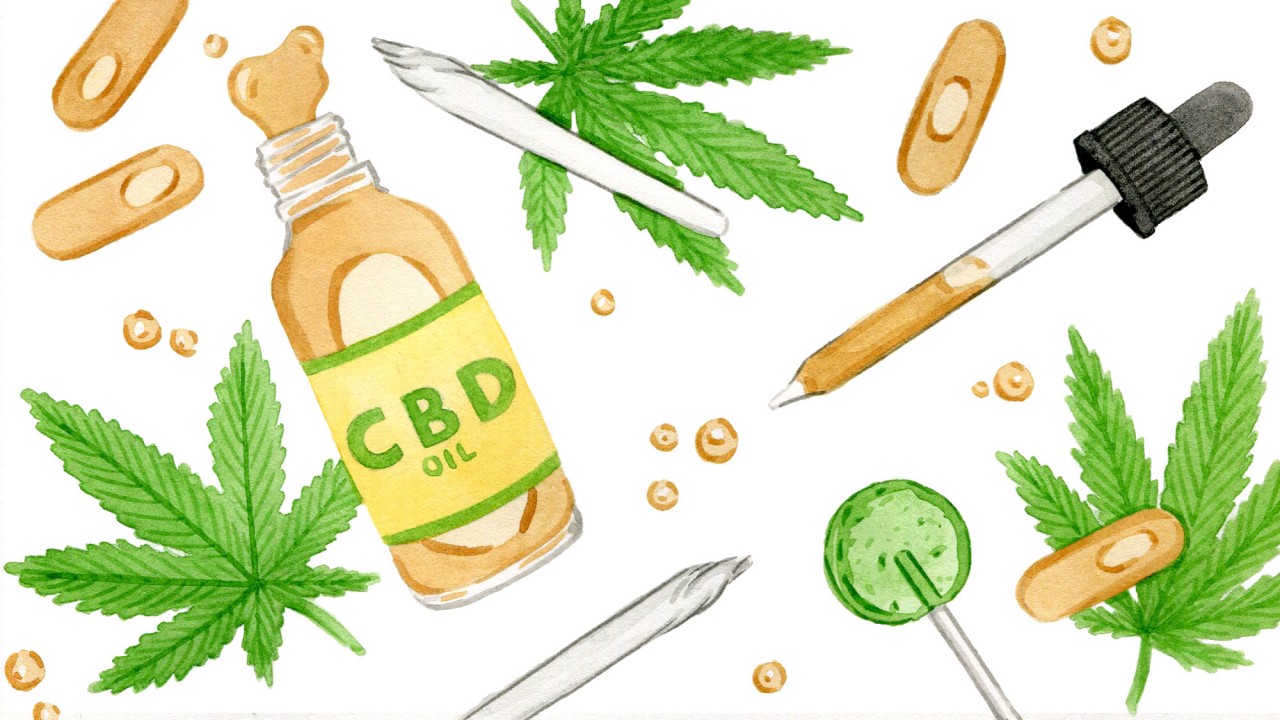 No, we’re not talking about simply sparking a joint—here’s how cannabis is helping, without the buzz.

The year is 2017. Our phones are a full-on extension of our limbs, and, well, Donald Trump is the President. This equation means my daily free-floating, low-level anxiety isn’t so much cause for alarm as much as it is stating the obvious. To me, anxiety has become a bit of a “chicken or egg” thing: Was I always this anxious, and am I just now letting others in on it; or, in declaring it, does anxiety become more of a self-fulfilling prophecy?

I’m not here to solve any Carrie Bradshaw rhetorical questions, but instead, to focus on an alternative, albeit increasingly mainstream way of managing anxiety: CBD. Also known as cannabidiol, CBD is one of 60 compounds found in cannabis (you’re probably more familiar with THC, or tetrahydrocannabinol—CBD’s more oft-recognized cannabis compound cousin). The only difference is that while THC has psychoactive effects—meaning it gets you high—CBD doesn’t, but instead possesses a range of other benefits, from pain relief to combating seizures, nausea, and yes, anxiety. It has none of the mental effects, but all of the chill, relaxing physical ones. Sounds good, right?

ICYMI, Toronto has become a bit of a safe haven for stoners since the election of Trudeau, whose platform in part promised the nationwide legalization of marijuana. While the legality of the dispensaries, smoking cafés, and various storefronts that now cater to pushing kush is fuzzy, and despite multiple raids, it’s clear that they’re not going anywhere anytime soon. And so, in the good name of journalism, I’ve been exploring how CBD helps with anxiety. It’s all very “no shit, Sherlock” to declare that weed can quell neuroses, but how does CBD specifically (keeping in mind it has none of the mental effects) do it?

Most recently, the city has become home to Calyx Wellness, Canada’s first (and only) CBD wellness boutique, where owner Danielle welcomed us to sit, chat, and sip CBD-infused water (it’s flavorless, BTW) prior to a yoga class hosted at the store. Danielle opened Calyx—which carries everything from tinctures (their best seller) to gels and creams, suppositories for period pain relief, dog treats, epsom salts, CBD-infused ghee and MCT oil... (the list goes on)—after being moved to share the gifts (so to speak) of the plant after her husband discovered CBD as a means to manage brain-tumor-related pain.

After speaking with Danielle, it was time to do a little yoga. The weekly classes at Calyx, lead by spiritual coach Alexandra Hastings, are pretty similar in concept to other “ganja yoga” (oh, it’s a thing) classes—you take a few hits from a massive vape prior to being lead through the yoga flow, and again before savasana. The lights dim, and candles dot the floor. From the top of the class to, say, the middle, all of the usual thoughts that accompany any fitness class (or, like, just life) for me are there: “Hoooooly shit, I’m doing this all wrong.” “Everyone is looking at me. They hate me!” This is only exacerbated by beating myself up over not being able to just chill while in a setting so over-the-top in its intent to promote relaxation, it’s almost comical. But then, suddenly, I just kind of...stop. The chatter in my head stops, I’m able to relax further and deeper into the stretches, and I forget to feel like the worst person in the world. A lifelong stronger-better-harder-faster-or-don’t-bother type when it comes to group fitness (and thus, the type who avoids yoga), I suddenly find myself itching to pencil in a CBD yoga session on a weekly basis from here on out.

A week later, I went edible, trying triangles of Sakara Life’s Rest + Relax Hemp Chocolates. First, it’s worth noting that, true to their brand, these avoid all of the bong-rip aesthetic trappings of your youth—the packaging is chic, understated, minimal black-and-white. You could stash these on your bedside table or pantry with your other superfood-y potions and no one would bat an eye. As for the taste? Grassy, chocolate-y. Everything you’d expect them to be (while being far less pungent and skunky than some edibles tend to). I nibbled on a few in the midst of an insane, travel-heavy work week, while I was alone, in a hotel, and up to my eyeballs in shit to do, which is my exact recipe for feeling like I want to crawl out of my skin. The result? As much as I wanted to be skeptical, I was undeniably chill. I swear I felt the tension actually melt away from my shoulders and my chest release all that nasty tightness that comes along with anxiety-troll territory. And isn’t that all you can really ask for?

(This story is personal experience, and for informational and entertainment purposes only. Coveteur does not provide medical advice and readers should consult a medical professional.)