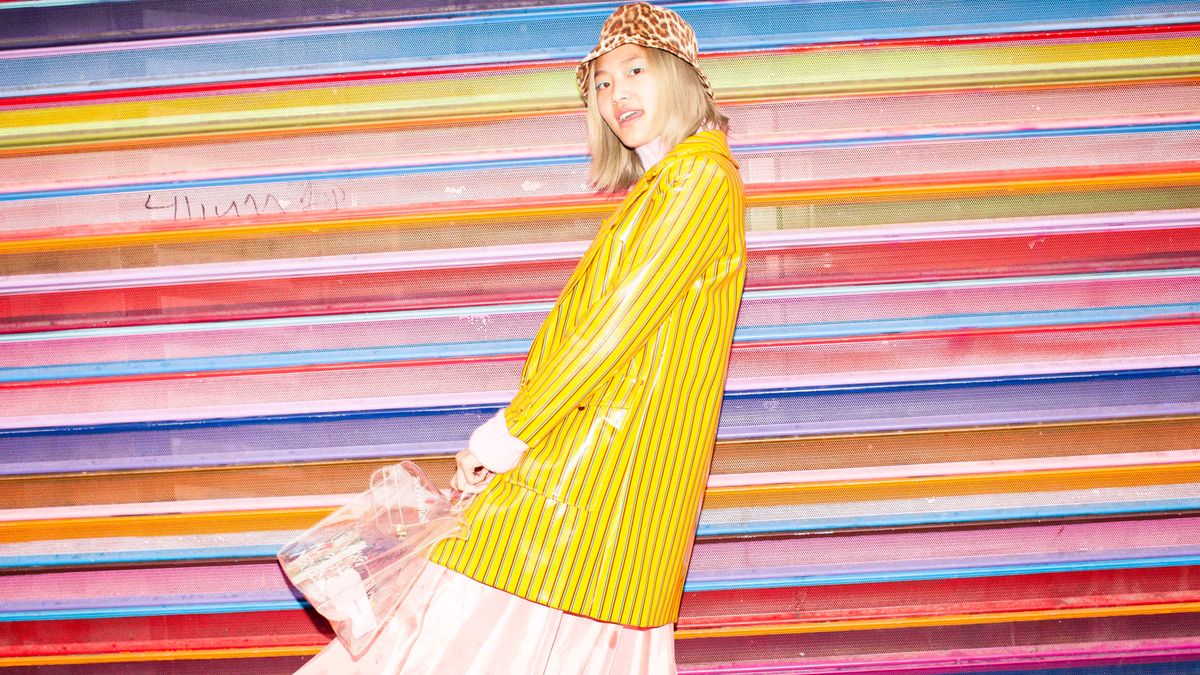 And it doesn’t even involve sun exposure.

I’m about to reveal one of the greatest tricks I’ve learned in my years on this planet. It isn’t how to keep houseplants alive (as if), or how to do a boxer braid (ha, ha…), it’s how to keep from getting sucked into the winter doldrums. The secret? Wear a shitload of color.

As I write this, we’re expecting a doozy of a rain and windstorm in Manhattan. It’s 4:00 but looks like it’s 10:30 at night, and I’m sitting in a tie-dye, rainbow-colored hoodie feeling like I’m back in Hanalei Bay. Well, kind of.

I refuse to succumb to the New Yorker uniform of all black, and at no time do I resist more ferociously than in winter. But the one garment collection I own that’s more colorful than my sweatshirts? My coats. I have them in all hues and textures—and not a single one of them is black.

Take it from me: there’s nothing like wearing brights when everyone else is blending in. These are some more of the colorful coats I have my eye on this season—from most adventurous, to baby-toe-in-the-water of not-black coats.

What’s better than color? Color and pattern. The thing about these is that it doesn’t even really matter what you’re wearing underneath your coat, so you can get away with wearing the same outfit three days in a row, or even going around in sweats all day, while still looking incredible. This is the equivalent of wearing a sign that says “Look at me!” so obviously, I love these.

When you’re wearing a (mostly) solid block of color, it’s easier going than, say, multicolored zig-zags. You still get the fun of standing out, without feeling like you’re being too attention-grabby.

Pastels are halfway between camel and brights, and they’re a nice entry point into festive outerwear experimentation. The only downside is that they can be a little tricky to keep clean; but the upside of being springy and fun on the dreariest, coldest day of the year far outweighs the bad.

While camel isn’t the *most* exciting color, it isn’t black, and it is insanely chic. You really can’t go wrong with a beautiful camel coat, and I firmly believe every woman should own one.