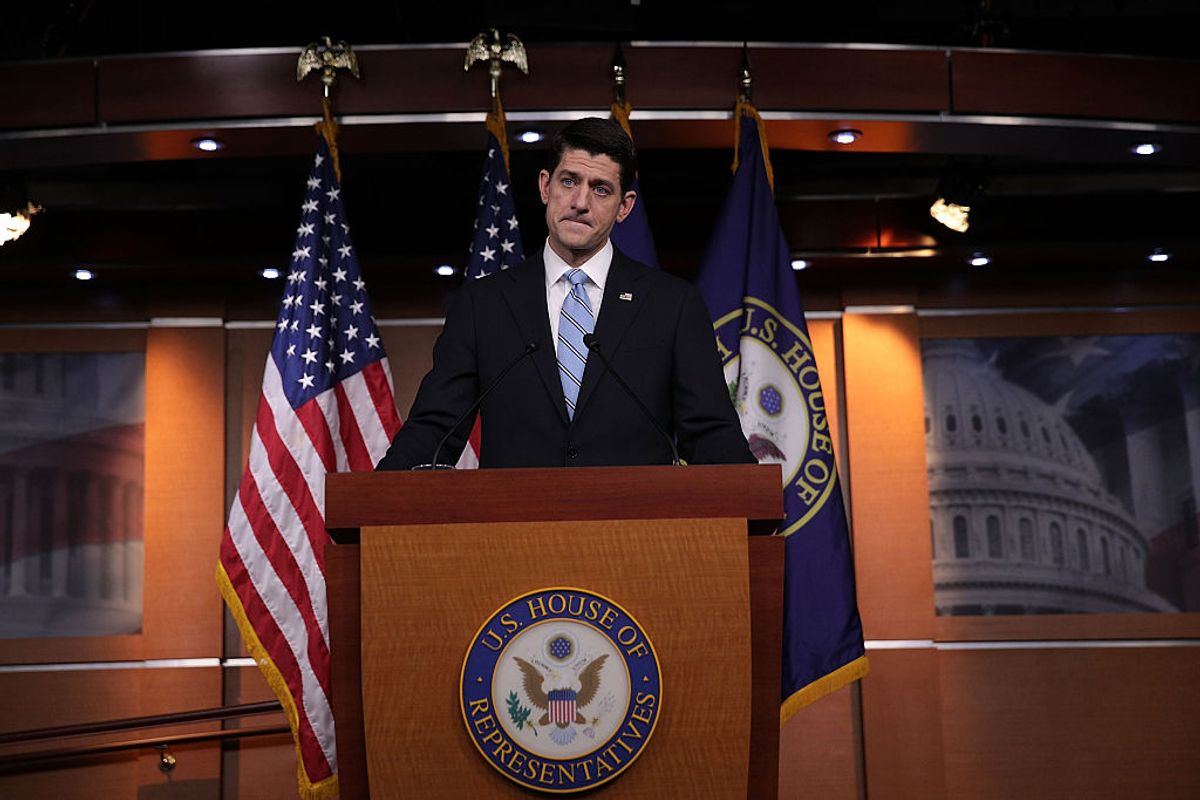 An Open Letter To Paul Ryan

Planned Parenthood saves lives, and it might have saved your father.

You’ll forgive me for the lack of formality here; we’re both products of Wisconsin, so I don’t think we need any of that “Dear Sir” nonsense. I’ll admit right off that bat that we sit on different sides of the aisle. And I understand that having Republican control of the House, the Senate, and the Presidency—to say nothing of that stolen Supreme Court appointment—is reason enough to start checking items off your political bucket list.

What I don’t understand—why I’m writing today—is one such item on that list, the GOP obsession with defunding Planned Parenthood. Sorry for being blunt, but I have to ask: Do you understand what they do there?

I ask that because I assume your answer is going to be “Abortions.” And yes, Planned Parenthood provides abortions. (Currently a protected right, for what it’s worth.) Abortions account for about 3 percent of Planned Parenthood’s operations. Contraceptive services—the ones intended to prevent an abortion before anyone’s even considering it—account for 34 percent. The rest (and that’s more than half, remember) are health screenings and treatment. Planned Parenthood outposts screen for STDs. They also offer general care: cancer screenings, cholesterol checks, physical exams, etc. These are the kind of everyday services that save lives. Making those services as inexpensive and widely available as possible saves lives. Accepting Medicaid for those services saves lives. Restricting availability to those services, either financially or logistically, does the inverse. It kills people.

I read a story about you a few years back, a section of which dealt with the death of your father. 55 years old, a heart attack. This stuck with me, Paul, because those are roughly the same circumstances by which my father died, in 2010: 53 years old, on a warm Saturday in November, of heart failure. It is not natural for men to die in their fifties. And it does a number on their children. Places like Planned Parenthood—purveyors of good, accessible, routine healthcare—are a bulwark against that kind of thing. I’m not saying cholesterol screenings or more frequent check-ups would have saved either of our fathers. But they certainly will save some kid’s father. Or his mother. They have, and they will again. And Paul, I think about that kid all the time. What can we do to make sure he’s one of the lucky ones?

I know that you have a religious opposition to abortions. Sensitivity to that opposition is why federal money cannot legally be used to terminate pregnancies. Instead, taxpayer dollars end up at Planned Parenthood almost entirely via Medicaid reimbursements: folks of modest means who use the clinics for contraception, health screenings, check-ups, and general care.

All of this is in the packets, really, except for the kid whose dad has an undiscovered tumor or a faulty heart. What can you do to help him make it to 60?

Mark Byrne is a consultant to the liquor trade. He also writes regularly for GQ, New York Magazine and AFAR.