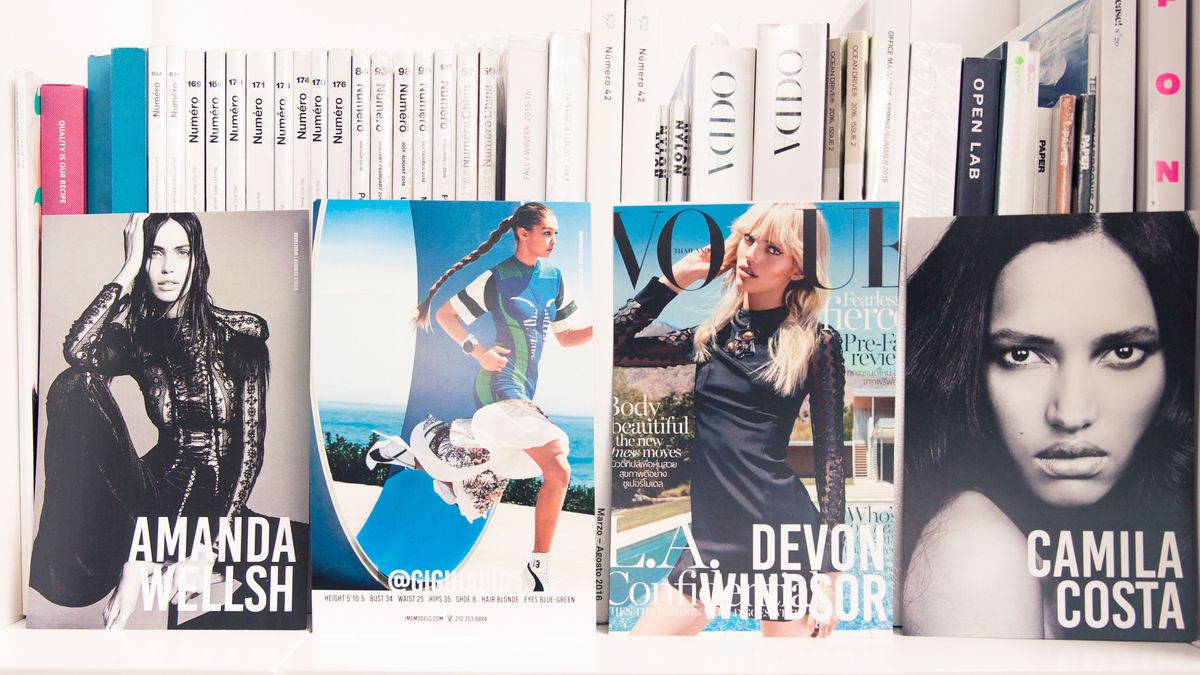 Meet the Man Who Made Gigi Hadid a Household Name

As senior manager at IMG, Luiz Mattos knows a good face when he sees it.

Luiz Mattos might not be a household name in his own right, but he’s definitely had a hand in shaping the careers of them. Does Gigi Hadid ring a bell?

Brazilian-born Mattos landed in model management as somewhat of an “accident” while studying law. “The owner of my sister’s agency (she was a model) offered me a job. I thought it was just a joke. A week later he called me and said, ‘I’ll see you on Monday.’” Fast-forward a decade and change (and agencies, and cities) later and Mattos is senior manager of one of the largest model agencies in North America, IMG—and is personally responsible for the rise of the most famous faces. We sat down with Mattos at his Park Avenue office to talk knowing a model’s potential at first sight, his proudest Gigi moment, and why passion and happiness are the cornerstones to success.

His first day on the job:

“The day I started [at my first agency], five people quit. I was like, ‘Okay, what am I going to do now?’ I had to learn everything on my own—I’m not a person who waits for things to happen. If I want something, I go after it. I started calling people left and right, and telling them of my background, that I want to change things here, and go for a whole new direction. Things started moving. Soon after, the same team that left was calling me to offer me a job to join them [laughs]! I didn’t do it because I’m a very loyal person, but I was very flattered at the time.”

Why he waited until the time was right:

“In February, I will have been at IMG for nine years. And I worked at Ford for 10 years prior. When I was still working at the very first agency, when I first moved to New York, IMG offered me a job. I didn’t think I was ready. IMG was the place I always wanted to be, that I always dreamed of, but the timing wasn’t right. So I worked at Ford first, learned a lot with that team, and then when IMG offered me a job again, I grabbed it.”

How he broke into the market and made connections in NYC:

“I did not know anyone in New York. I started buying all the magazines and looking at the editors, finding out who they were—we didn’t have Google back then, so I couldn’t do research online. I looked up their names and started calling people. I would start the conversation like, ‘How was your weekend? How’s your family?’ I had to say something [to break the ice] and they were very receptive. They had no idea who I was, but I had to start somehow.”

“I look at contracts every day, which my law school training helped tremendously with. I have to make calls and introduce new talent that we’re working with [to clients, photographers, and media]. I have to personally make sure they’re taken care of, they’re being connected with the right brands, they’re being seen by the right photographers, they’re being noticed by the right editors—so it’s pretty much connecting the dots. It’s thinking outside the box and understanding who might be right for what and then creating that connection.”

What he wants you to know about modeling:

“Modeling is not as easy as people think. It’s not as glamorous as everyone thinks. These girls are working, flying all over the world without their families, working long hours, and photographing winter when it’s summer, and summer when it’s winter. They work really, really, really hard. And people don’t see that. So you have to work hard, have passion, and want to work in a business where you love to be with people.”

“Gigi has that extra thing, that X factor. She was with development here, so I saw her around the office. I had never been properly introduced to her until we scheduled a meeting and met in the lobby. She immediately gave me a hug and right away I was like, ‘I love this girl.’ She just has something so special about her.”

The moments in his career he’ll never forget:

“Gigi’s first American Vogue cover is something that I’ll never forget. We talked about it from day one when she started. Also, when Amanda Welsh opened Gucci. She was a girl who was doing catalogue—people hadn’t seen what potential she really had. And Devon [Windsor] walking Victoria’s Secret for the first time was also a highlight. I’m very proud of those girls.”

The best advice he’s ever received:

“Always be professional, always be kind, always be yourself. Sometimes you have to look at the situation from the outside and try to fix it that way. If you’re calm, and you’re professional, and if you’re kind, you can do anything.”

Advice he would give to enter the industry:

“I love my job, I really do. I’m so blessed to be able to do this every day. The advice I would give is to let your passion speak loud. Connect with people in the fashion industry, understand how the fashion industry works, and try to start an internship at a modeling agency to learn a little bit. From there, you’re just part of the conversation and the rest will come naturally if that’s what you really want to do. I think happiness comes first before anything else. If you’re happy with what you do, if you’re happy with your life, things are going to be better and better.”