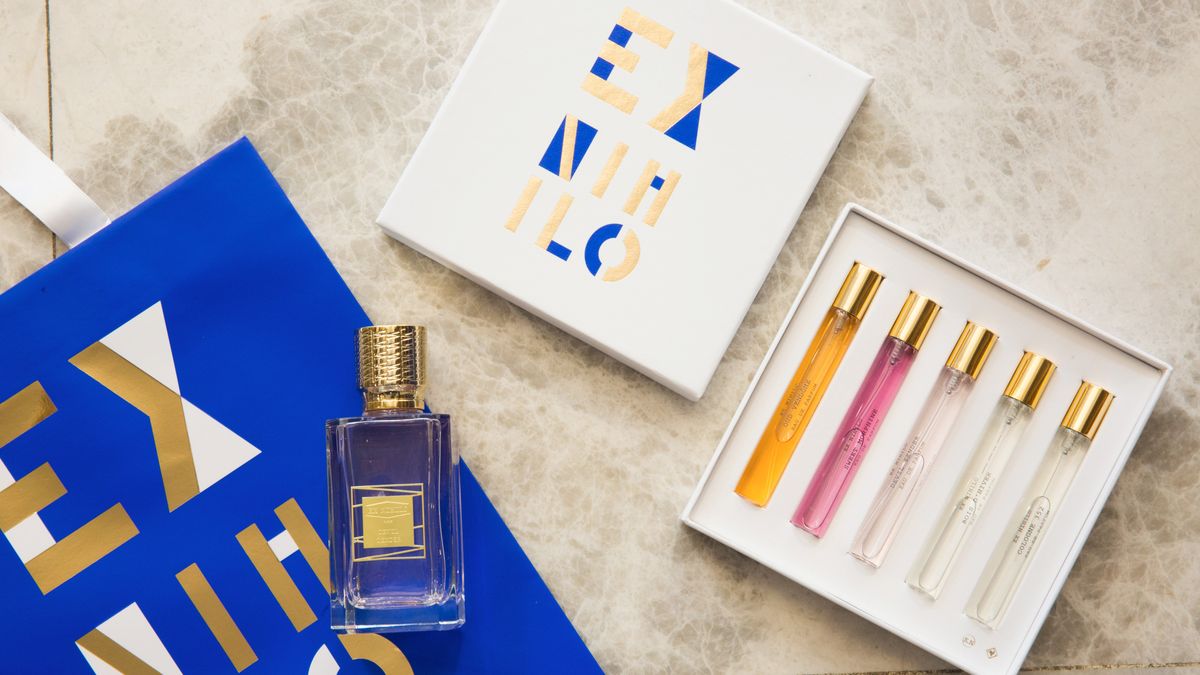 Ex Nihilo is making the heretofore impossible, possible—and rewriting the fragrance industry in the process.

It’s the most tired trope in the editor’s handbook: [insert mundane lifestyle choice] like a Parisian. Generally, we’re over it. Mostly for the fact that eating, dressing, exercising, whatever like a Parisian is probably never going to happen for us. But still, we get that pang of desire—and the subsequent itch to uncover the secret shortcut (you know, besides being an actual Paris native)—whenever we meet red-blooded Parisians. Which is exactly what happened to us (again) when we met the founders of new cult fragrance brand Ex Nihilo. Olivier Royère, Benoît Verdier, and Sylvie Loday are, yes, just about the most Parisian Parisians (intelligent, irreverent, and totally inimitable) we’ve ever come across IRL.

“We quit our jobs. And that was it. We opened a store between Gucci and Galliano and that was it! We put our balls on the table and decided to make it happen.”

We’ll backtrack a little bit: in the past three years (they’re celebrating a year available stateside), the friends have managed to create a fragrance brand out of nothing (in Verdier’s words: “We quit our jobs. And that was it. We opened a store between Gucci and Galliano and that was it! We put our balls on the table and decided to make it happen.”) that is cultish, creative, and incredibly chic.

The concept? The founders (only Loday has a history of working in the industry) approach master perfumers with a blank slate, and give them complete and total freedom to create fragrances. “There are no constraints in terms of creativity and the cost of the raw materials,” explains Royère. “Rules are meant to be broken. The perfumers were very keen on the idea. For big houses, they need a formula that’s cheap.” It’s perfume gone wild.

The result is a collection of fragrances you’ve literally never smelled anything like before—with an option to customize with an extraordinarily high-tech machine right in the Paris store—packaged in a deceptively simple, weighty bottle and art-deco-meets-avant-garde branding. Frankly, the bottle as an object is as desirable as the fragrances—and looks damn good on your vanity (now that can be Parisian, too!).

But back to the whole breathing-the-Parisian-air thing. Royère, Verdier, and Loday both admit to the inspiration they get to their own hometown and resist being categorized that way (but we’ll do it anyway). “We’re French, so it was very important for us to have a French identity for the brand, but to be avant-garde and really modern in the way we express it,” says Loday. “There are a lot of French perfumery brands that are heritage, that look toward the past for inspiration, but we are visionary in the way we think about the fragrance creation; we’re not afraid to bring technology, for instance, into a field that’s relatively conservative. We’re more forward-looking, more avant-garde in our French vision.”

The founders approach master perfumers with a blank slate, and give them complete and total freedom to create fragrances.

Another thing that separates them from the luxury and fragrance industry herd: there is no singular point of view, care of an all-important creative director. “We are collaborative. Everybody is involved, from the perfumers to the photographers [we work with],” says Verdier. “We think it’s more modern. It’s very different from other brands with one creative director.” Continues Loday: “We work with many different perfumers and ideas from all angles, which gives this creative richness.” Richness and a whole lot of Parisian scent possibility. We encourage you to spritz yourself ASAP.