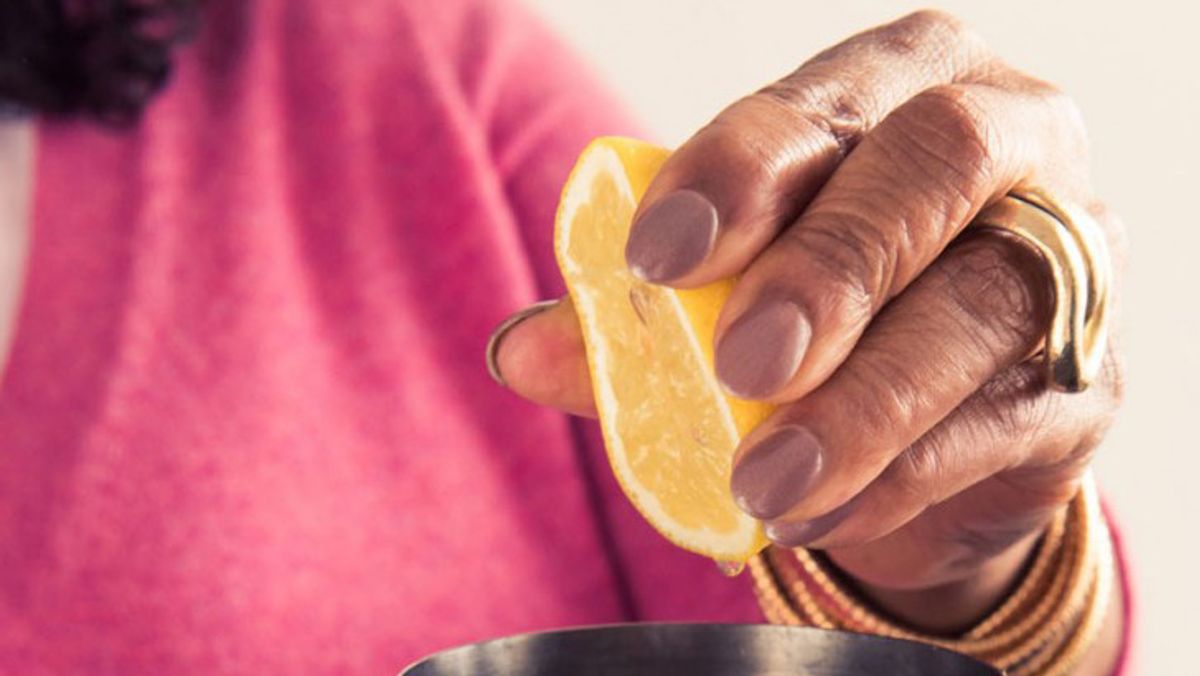 How to get involved and make a positive impact this year.

Presenting: the latest dispatch from Sharon Ainsberg, the fabulous co-founder of SHO+CO, a boutique bi-coastal agency that focuses on celebrity and influencer initiatives. In case you missed it, she last helped us all get over feelings of end-of-2016...ickyness..., and this month she’s letting us in on her New Year’s resolutions (which, honestly, we should all get behind). Read on to see ways you can make positive change in 2017.

I rang in 2017 with two of my besties, Jen and Gwen. Collectively, they constitute over 40 years of friendship for me. I am so goddamn lucky it’s stupid.

We spent the weekend relaxing by many fires at my house at the beach, sipping some Reposado tequila I brought back from Mexico City and hosting a potluck dinner for 15 on New Year’s Eve. It was very civilized, very chill—and I felt very thankful for all of it.

The Friday night prior to the festivities, Jen brought me an unexpected housewarming gift—a hefty box of vinyl records she had from growing up, which included everything from The Doors to the film soundtrack to Grease (you go, Jen) to Rickie Lee Jones and The Grateful Dead. She had been up at her parents’ house rummaging through her childhood, and rescued some truly seminal artifacts from her earlier years. There were so many pictures, letters, drawings, essays, all of which in a demonstrative and reflective way illustrated the story of my friend Jennifer.

I read aloud to her (in my somewhat famous oratorical “dramatic reading” style) some of the most earnest, most authentic love letters she received from her first true love, whom we will call “Casey” (for the purpose of a little privacy). We careened through them, experiencing quite vividly the peaks of that relationship: “I love you so much, Jennifer!” was peppered throughout and bursting off the pages of every single letter Casey wrote. It was the very truest of young loves and as we have probably all experienced in our twenties, it was followed by the very truest of breakups and a very broken heart.

As Jen rifled through the box, she came across one letter from a friend whom I’ve always known as “Guatemala Julie” (more about Julie later in the post). It was handwritten in the most gorgeous block-letter penmanship and its prose was equally transcendent—it was four pages long. In the letter, Julie comforted Jen and addressed the breakup, but more important, she centered upon loss and the incomprehensible grief which accompanies it. Julie must have been around 23 at the time, but somehow manifested the wisdom and empathy of someone who had lived one hundred years. “What I see for you is that you have been given the gift of a green light and an open door,” she wrote. Well, needless to say, my voice trembled—I could barely recite those words without tears, I was so moved by her enlightened and rather commanding interpretation of one’s loss. That kind of wisdom, that specific point of view—one that mandates that when you are faced with loss, grief, ugliness, fear, disillusionment, abandonment, that you must look for the green light in it, that you must DO SOMETHING with it—well, that sums up the attitude we all need to have as we enter this new year and beyond.

So many of us are walking around in a cloud of despair and confusion following 2016, which indeed was riddled with some truly horrid and astonishing world events. I won’t recap. Don’t worry—we’ve heard enough “fuck 2016” for the time being. And I’m not saying we didn’t see any progress or acts of great humanity in 2016, but let’s face it, it was a veritable shitshow overall; and the last quarter of it has left many of us here in the U.S. almost catatonic. So as Queen Bey’s late grandma Agnéz Deréon put it, “I was served lemons but I made lemonade.” In other words, it’s time to get out our juicers, people.

Another wise and aged person, my late father, Louis Ainsberg, who actually did live until 100 and a half, stated at his 100th birthday that he felt the greatest wisdom he could pass on was: “Live your life through acts of kindness—through acts of kindness towards others.” I had those words engraved on his headstone in Hebrew. Made the man proud, I reckon.

So when I think of resolutions, I think to myself, “How can I make a difference? What can I do? How can I be an agent of change?” And if any of you are thinking the same thing, then let’s band together, folks. Because “strength in numbers” is real. So if you are looking for ways to create positive change in the world amidst wholly uncertain times, here are just a few steps you can take and notable organizations I personally will be supporting. You can donate, you can volunteer, you can advocate on their behalves—it’s your choice, but let’s hit it:

Let’s start with Julie Coyne of “Guatemala Julie” fame, who you surely will not be surprised to learn is the founder of Education and Hope in Guatemala, making education possible for impoverished children.

Planned Parenthood and/or The Center for Reproductive Rights are both organizations that protect a woman’s right to choose as well as birth control education and coverage. Keep in mind that TOM (The Orange Man) has explicit plans to assemble a highly conservative U.S. Supreme Court, which could eventually overturn Roe-v-Wade.

Go vacation in Mexico and support the economy there…since TOM expects them to pay for the lion’s share of THE WALL. Estimated price tag: Around $25 billion. You can also give to MALDEF, The Mexican American Legal Defense and Education Fund, which is the leading organization in the U.S. protecting the rights of Latino immigrants and the Latino-American community.

Hopefully the easiest of all: DO or SAY something KIND to someone each day. If I have one resolution, it’s that I want to make sure I do that every single day. Give some praise, say thank you, be selfless, lend a helping hand, take a risk for someone else.

Lastly—I am encouraging the use of a new Twitter hashtag: #sweettweet, and this should accompany all tweets to promote kindness and be used to respond to all tweets that promote ugliness.