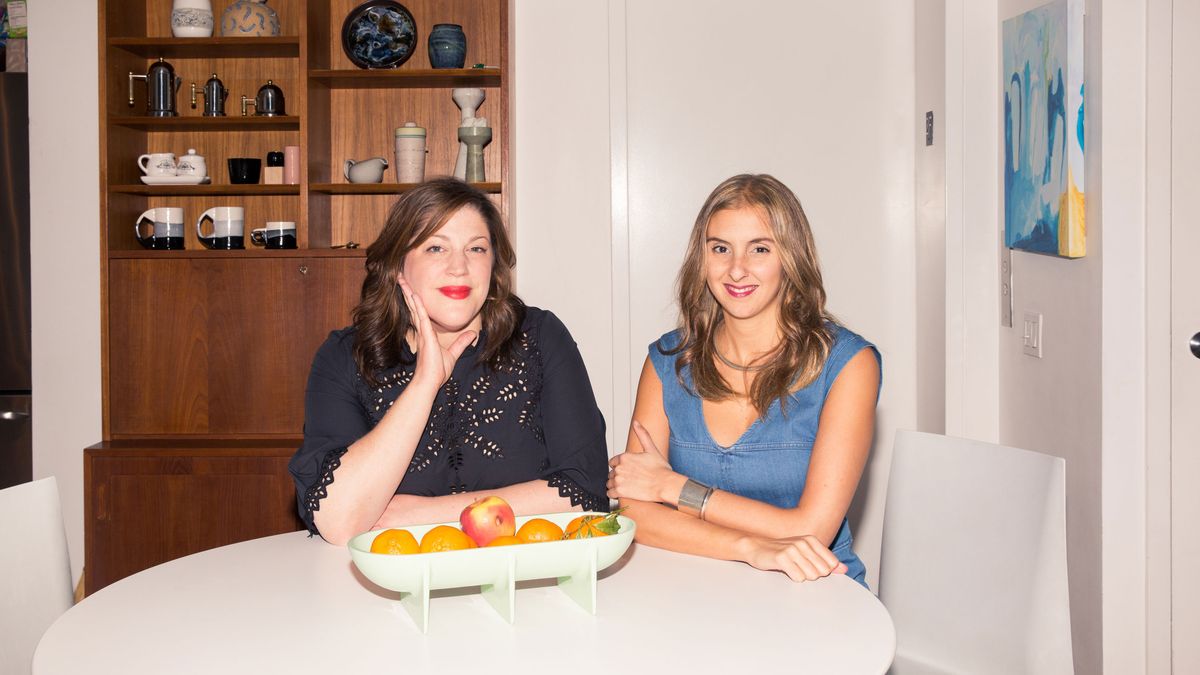 If you are even marginally interested in the world of design and interiors, chances are you’re familiar with Sight Unseen. If you aren’t naturally that interested—prepare to get really interested, because the website and its corresponding social channels post almost unbelievably beautiful spaces and objects all day long. But there’s a lot more to it than that. “[When we launched in 2009], it was around the time when everyone was getting interested in where everything was made—like where your food and the things you buy are from,” said Jill Singer. “So, we did a lot of behind-the-scenes about process and designers’ lives and really getting to know the personalities behind the things you buy, or the things you aspire to buy. And then it became what it is now—it’s partly that, an inspiration site, and a trend-forecasting thing. It’s grown very, very organically.”

Business partners Monica Khemsurov and Jill Singer met at I.D.—a since-shuttered design magazine, and when they got a feeling the general trend in print media was...declining...they started to brainstorm ways they could continue working together. “We talked about what we might do when we left I.D., even though it was an amazing job,” said Singer. “We talked about ‘What do we like best about this job?’ We really liked going to people’s studios and seeing how they worked or going to their apartments and seeing how they lived, and sort of this integration of design and daily life.”

Now they’re leading the charge of appreciating genuinely brilliant design—sometimes at the cost of clicks and eyeballs. “There is such an immediate feedback online, and it almost becomes oppressive in a way, because you see that the kitschiest, cheesiest stuff often gets the most likes and goes the most viral and then you’re, like, sort of caught in this dilemma,” said Khemsurov. “Like, well, do we play to that and publish stuff that we don’t necessarily feel passionate about because we know it will get numbers, or do we stick to our instincts and try to keep our standards really high? We’ve definitely done the latter. We’ve stayed loyal to the idea that we want to love all the content we put forth, even though we know certain things would get us eyeballs. It’s a funny world out there in the internet [laughs].”

One thing that got them a lot of eyeballs recently was a fundraiser, called Design For Progress, for causes they care about following Trump’s election. The graphic they made, which listed a lot of places that could use some TLC with the changing administration, got picked up by Tavi Gevinson on Instagram, and then got reposted by Rowan Blanchard where it quickly went viral. “I just keep thinking about people who are going to be struggling, and they’re marginalized in this administration in the way it’s panned out. We need to just go as grassroots as possible to help those people,” said Khemsurov. “The easiest thing for us to do is to get our audience to give money to these organizations that are already on the ground doing these things. I think that being in the position of selling things obviously puts you in the position to raise money and support these causes.”

In one month, the campaign has raised over $19,000—way above their $5,000 goal—to benefit Planned Parenthood, Everytown for Gun Safety, the ACLU, the Southern Poverty Law Center, Human Rights Campaign, EarthJustice, and the National Immigration Law Center. Consider this a heartwarming example of how the internet is its own funny little world.