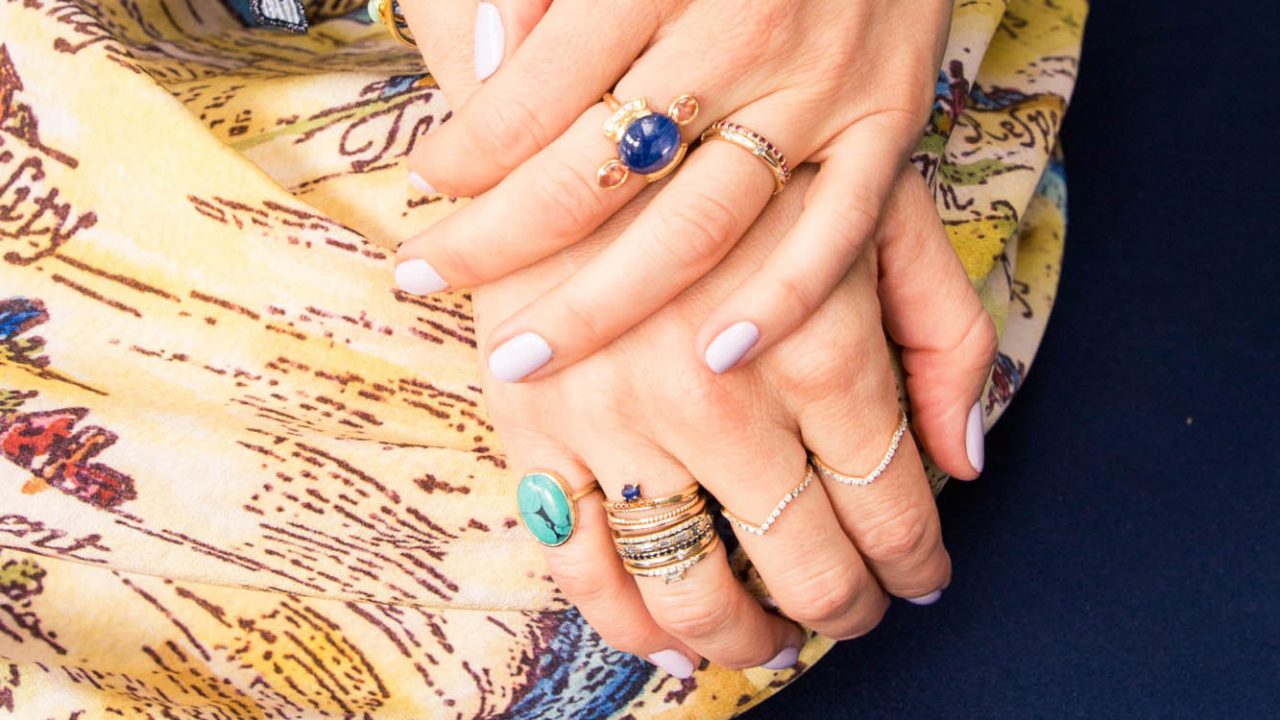 Engagement Rings for the Modern Bride

How Brooklyn-based Mociun is making rings like you've never seen before.

Maybe we can blame Pinterest for the rampant popularity of a halo’d solitaire ring. Or maybe it was part in parcel to its beauty, but there’s no denying that in the past few years there’s been a swift shift towards a less-traditional engagement ring. Whether that means colored gemstones or no gemstones at all—maybe a tattoo in its stead (you do you)—non-traditional is the new normal. And if you’re not one to follow the masses, which is the case with the majority of Brooklyn-based jewelry label Mociun’s (headed up by Caitlin Mociun) clientele, you want something a little out-of-the-ordinary and one-of-a-kind. As Martha Stewart Wedding’s associate style editor, Colleen Banks, puts it, “Caitlin Mociun’s use of colored gemstones and antique diamonds in uncommon clusters produces a masterful new realm of engagement rings.” And we couldn’t agree more—just take a gander at their Instagram for all sparkly things. (Quite honestly, even if you’re not engaged, you’ll want a right-hand ring.)

So when Mociun invited us into their studio to play around with diamonds and sapphires, we took the opportunity to talk about what it takes to start a fine jewelry line, why her business model is focused on custom creations (and how it offers something unlike anything on the market), and that *one* ring she’ll never forget. 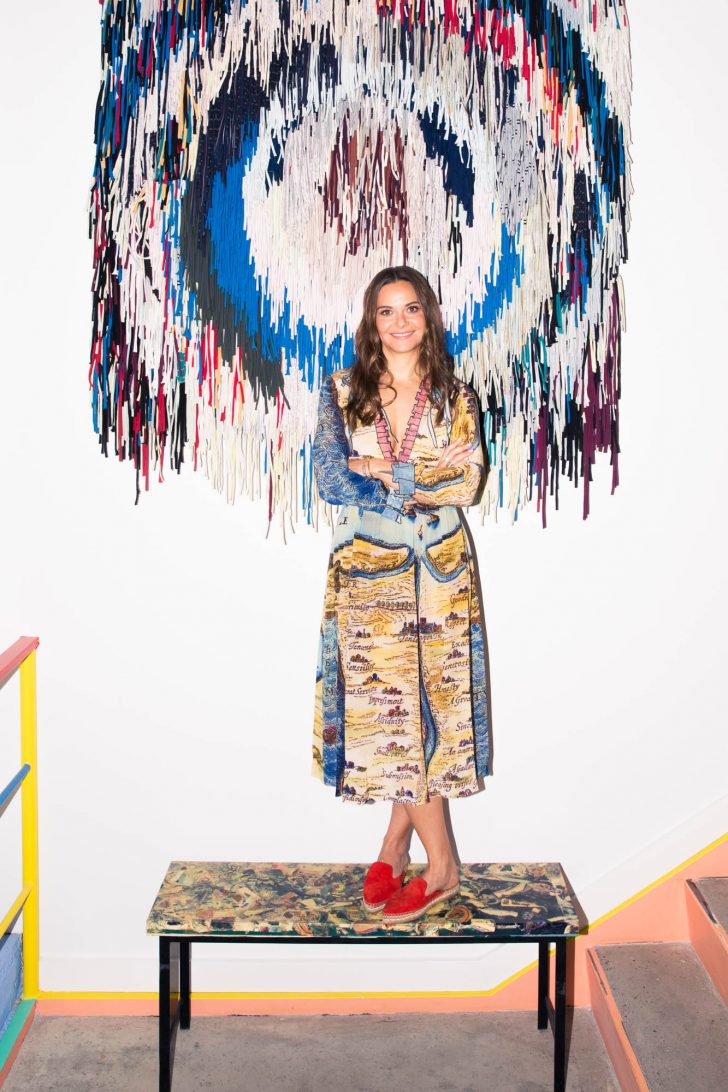 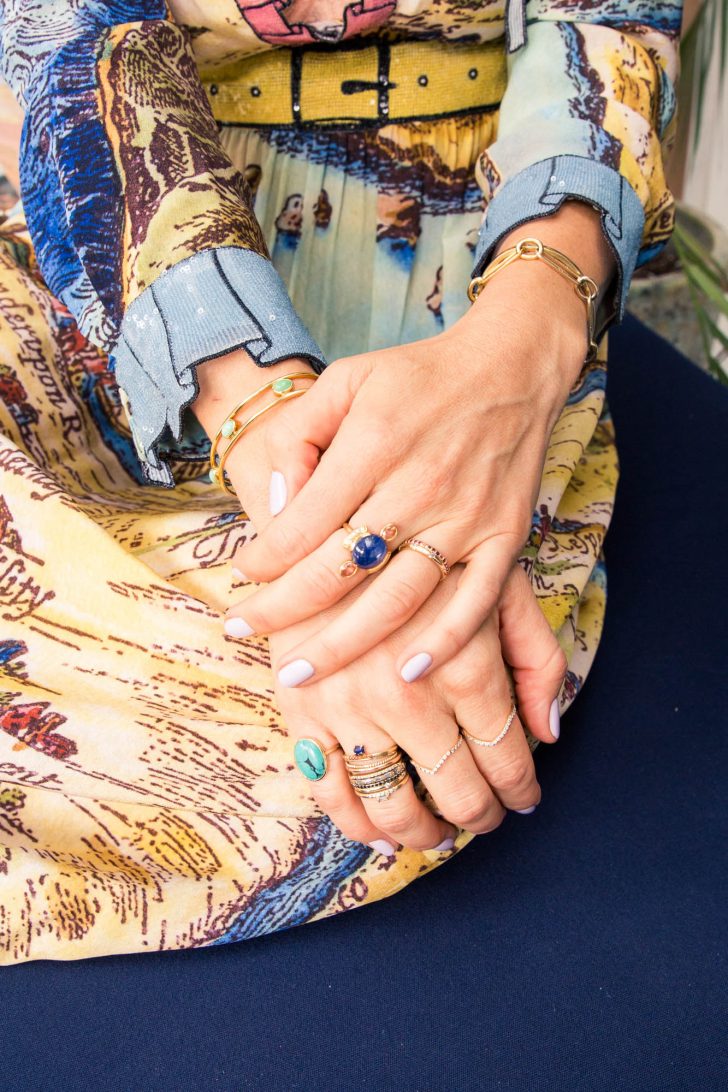 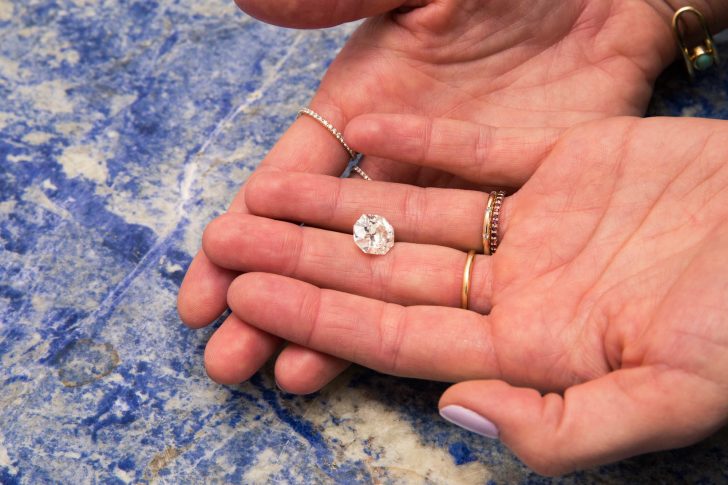 How she transitioned into fine jewelry:

“I had a clothing line from 2006-2012, and so with my clothing line I would add things in and I experimented with bags, home goods, and all kinds of things. I added my jewelry in around 2008—I played around with it for two years, and spent that time figuring out how to do fine jewelry. It’s not the most simple thing to start because it’s expensive. It took time to figure out what I really wanted it to look like, and how I was going to make it sustainable. It was around 2010-ish that I had three proper collections. Most of what is in the current collection is new—there is a vast amount of turquoise and diamond pieces that I started with, but things have evolved.”

The biggest challenges of starting a collection:

“Part of the difficulty [with starting a collection] was finding jewelers that could help me make it, and finding someone that understood how to translate my designs into actual pieces. I had my ideas, but I knew how to translate to a textile—I studied textile design—or to clothing; but with jewelry and metal, I had never worked with CAD (computer-aided design software), so finding someone that could translate my drawings into these objects wasn’t exactly the easiest.” 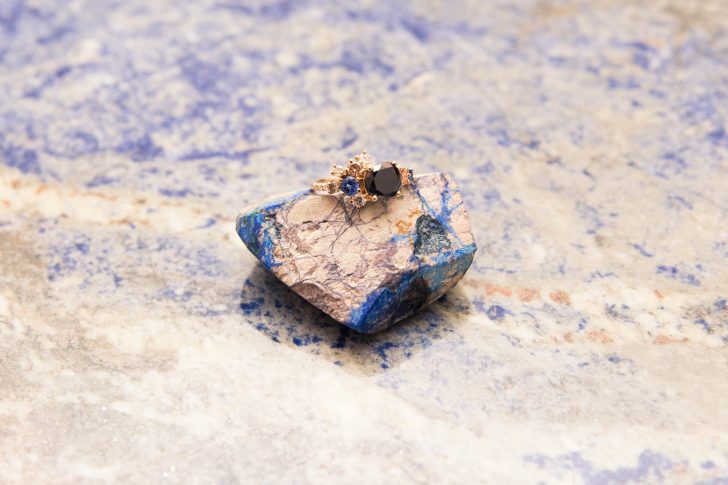 How custom jewelry became a core part of the business:

“In 2011, a client emailed me and asked me to make an engagement ring and a wedding band. I had never done that, so I did some sketches and I worked with my jeweler at the time to create the pieces for them. I put the rings on my tumblr, I didn’t have Instagram yet. Before [Instagram] I guess it was a little bit word-of-mouth, through tumblr, or through a little bit of press. We got some pretty good press in The New York Times about custom, which I feel like is what catapulted its success. It was a slow start into it, so I really could figure out what I was doing.” 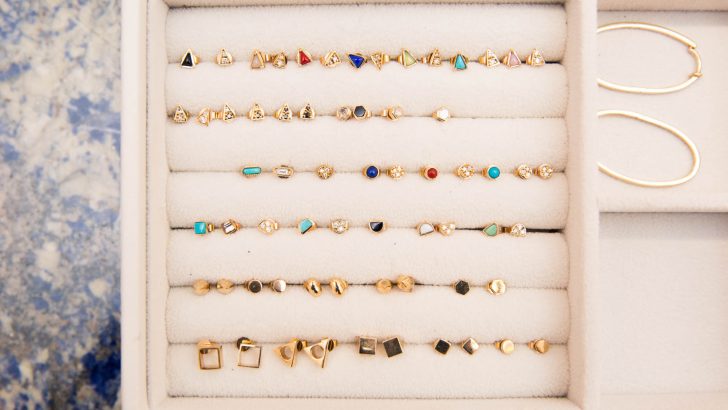 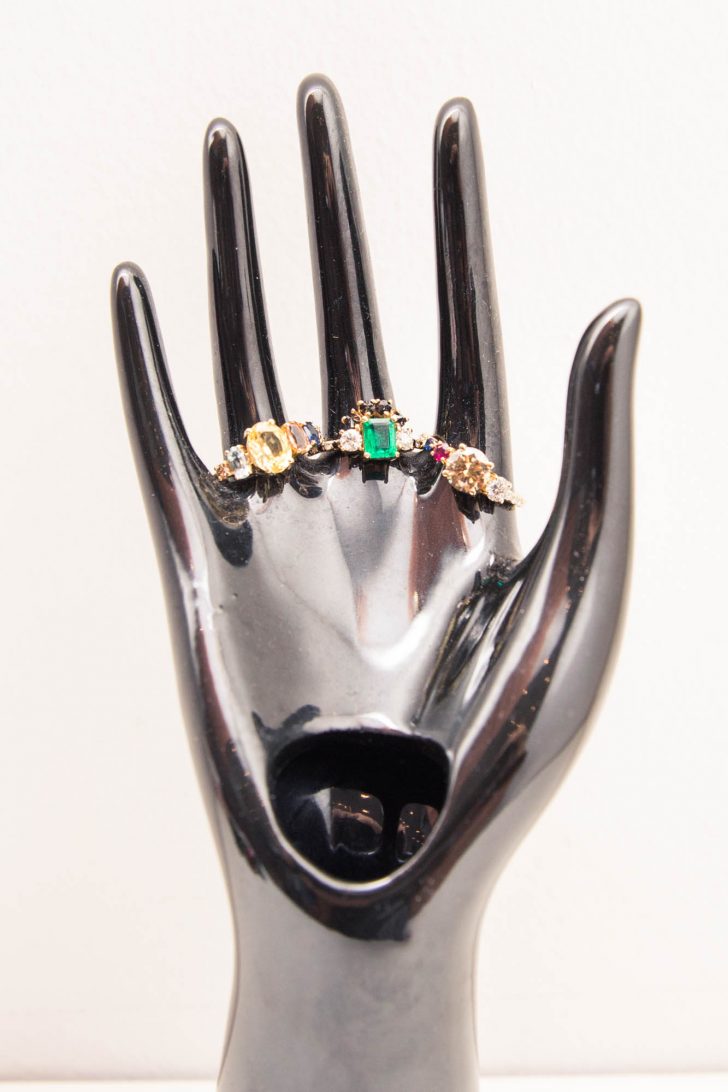 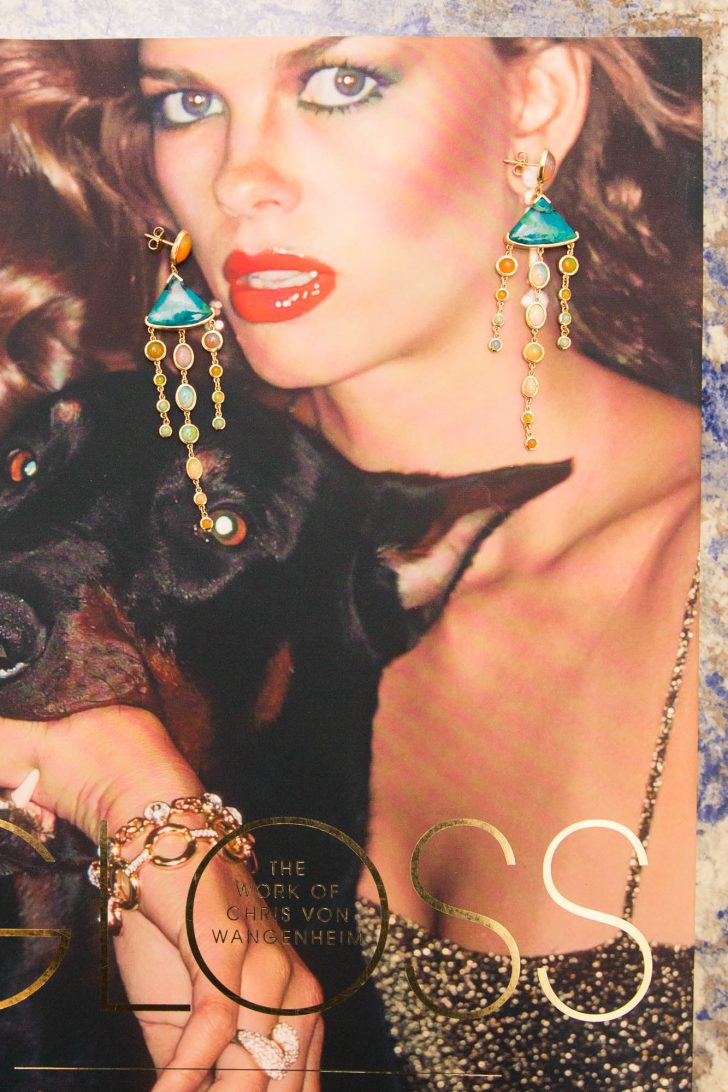 “If someone is interested in a custom piece, they first contact our custom department. The custom team begins the process by helping them determine the direction they want to move in—whether it’s a ring or necklace or a pair of earrings, along with confirming their budget (our minimum is $7000 for a ring and $3000 for a necklace or earrings).

“If someone has booked an appointment and settled on a design, it takes from four to eight weeks, depending on their design direction. The consultation fee for meeting with me is $100 and we sit down for about an hour and a half to pick out all the stones for the piece, if there are stones in it, and we design all the metalwork. Then we work with our jewelers to create those pieces.” 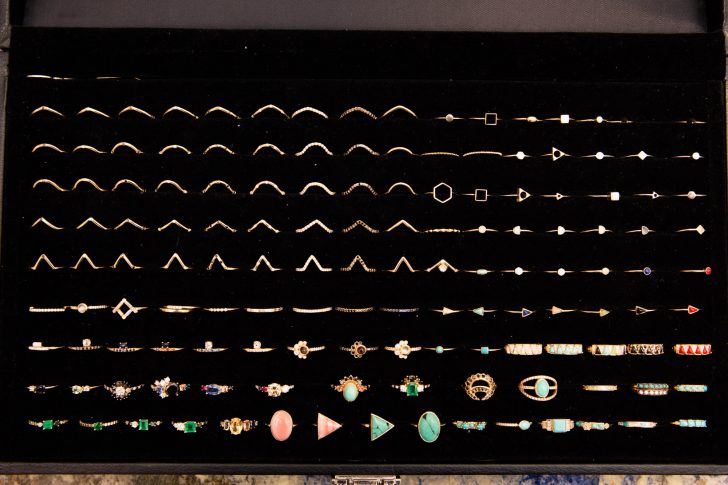 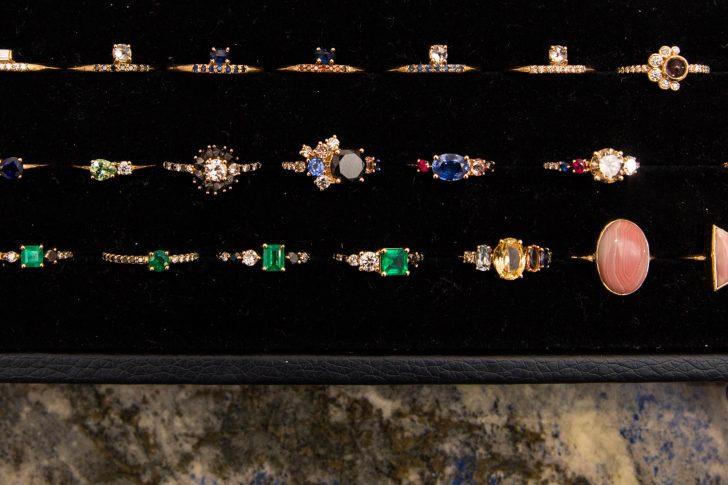 How customization inspires her collections:

“Custom has always been a place where I can brainstorm new ideas with clients, as opposed to just doing something we’ve done before, to use it as a place to play around with new ideas and have someone as a collaborator.”

Getting a custom ring but still keeping the surprise:

“When we do engagement jewelry with people, half of the customers that come in are with their partner, and half of them are just the person proposing. We’re happy to do either! But [we] always recommend that if someone doesn’t know their partner’s taste or are very unsure of what they want, find a way to romantically suggest coming here together; have that be part of the proposal.” 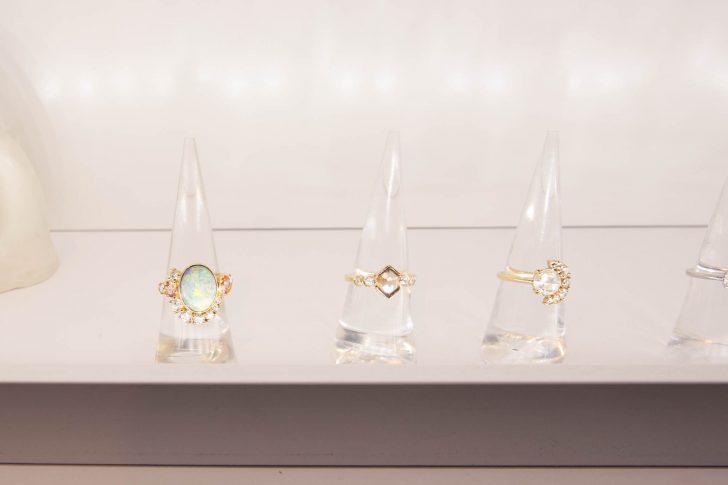 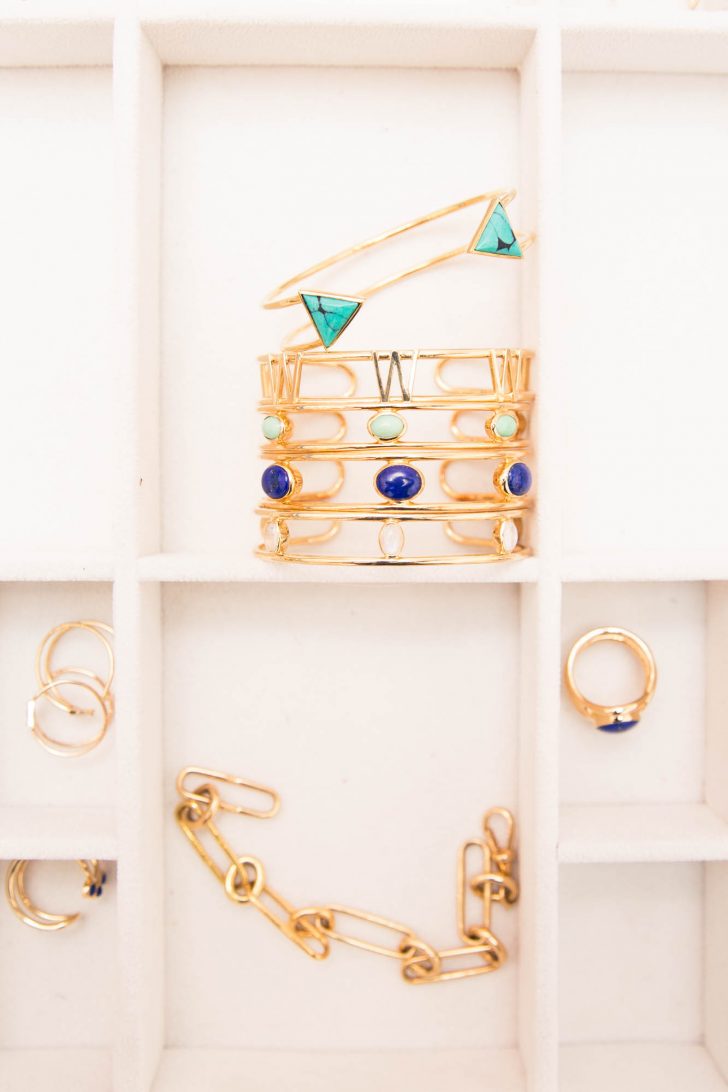 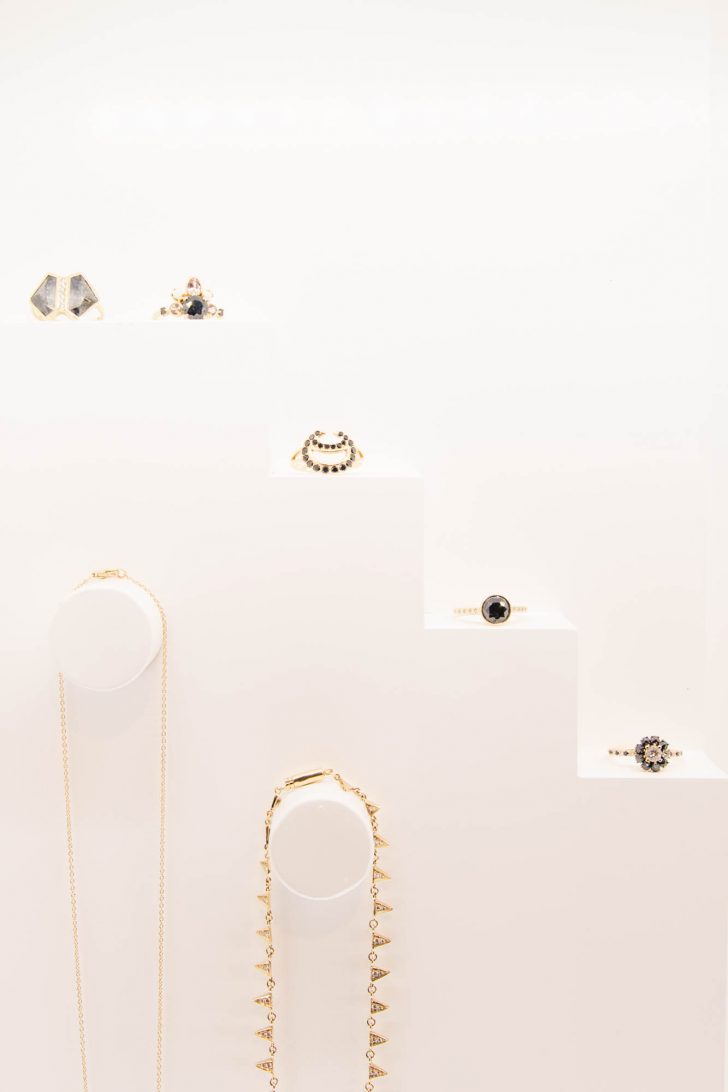 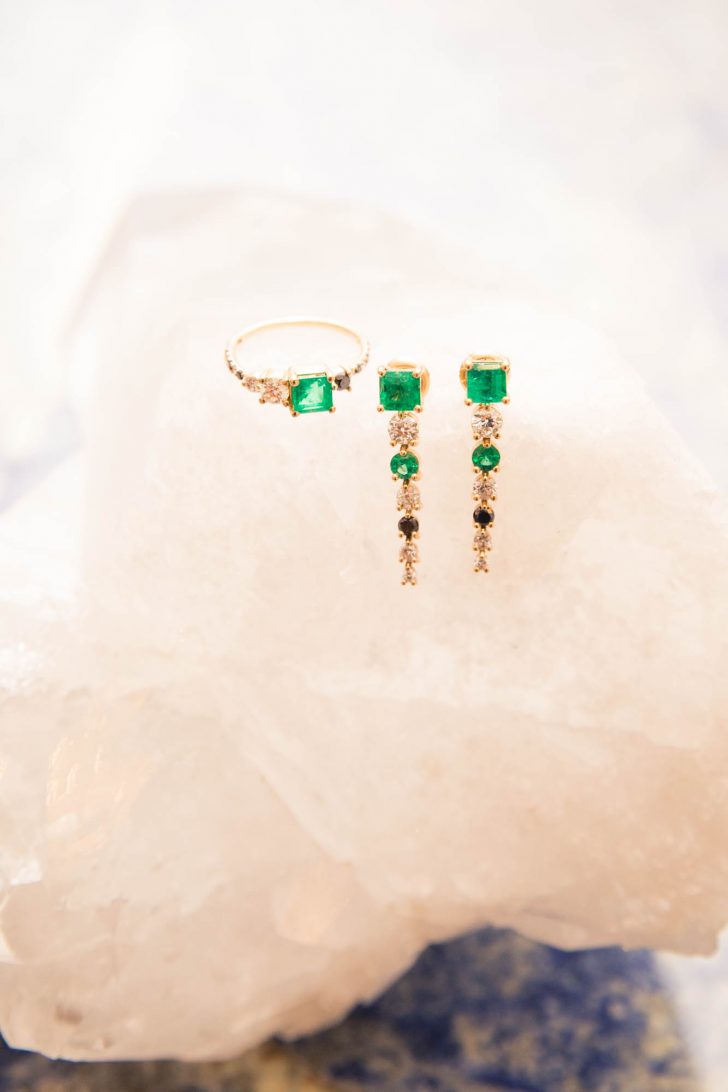 Why she thinks there has been a movement towards custom:

“I don’t know if it’s a product of my parents’ generation, the sort of traditional wedding engagement ring or traditional forms of union, but I think they are out of style in a way. People are getting back into having a big wedding and having an engagement ring.

“I think that now there are designs that really appeal to people that are really into fashion and style, and more culture. For me, if a type of style becomes really popular, I’m less interested, I want to find something else that not as many people have, and I think there are a lot of people like that. And now there are jewelry companies that can reflect that for people.”

“The first stone cluster ring that I made is definitely one that I will always remember. I actually don’t have the ring anymore—I took the stone out and put a different stone in, and sold the setting because I didn’t wear it anymore. I felt like someone should wear it, but I was very attached to the center stone. I’ll make myself something with it eventually, and that’s part of the reason why I love jewelry.”