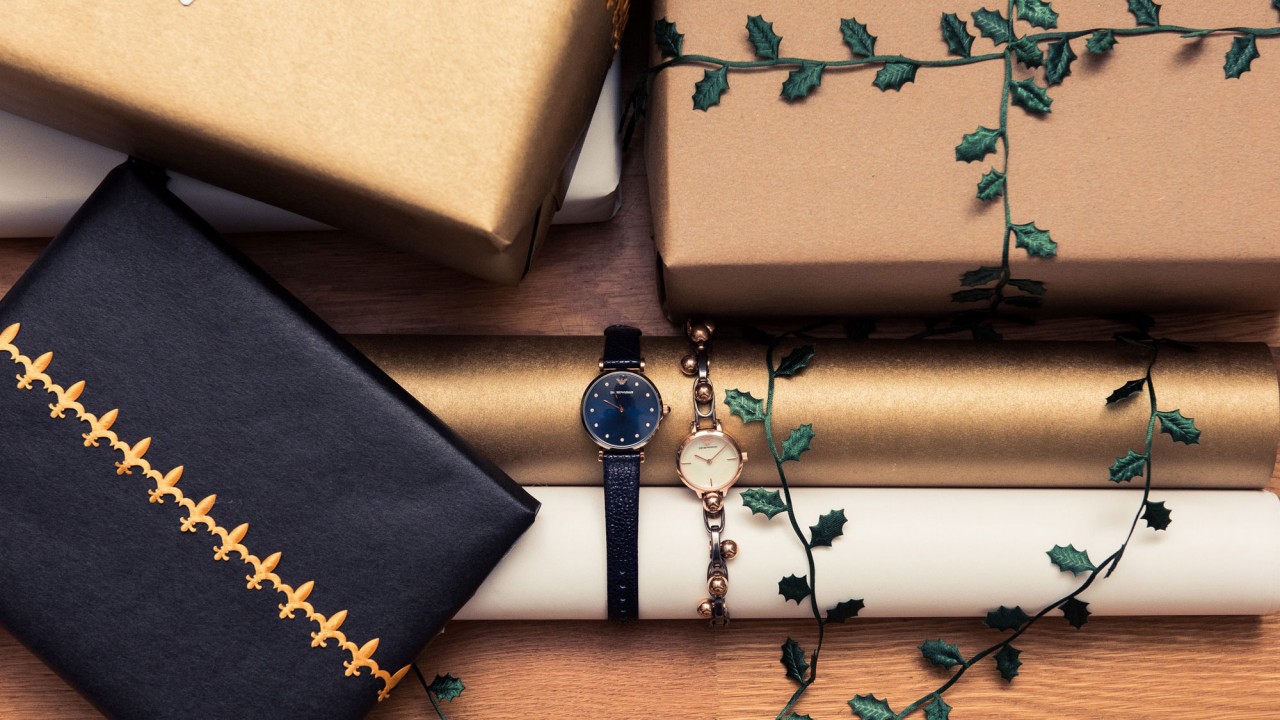 How to (Properly) Wrap a Gift

As demonstrated with a little help from our friend May Kwok. In collaboration with Emporio Armani Watches.

When doing your best Martha Stewart (also known as shoving all of your clutter in your storage closet and having people over for holiday cocktails), it’s best to look to the likes of a two-for-one combination of an event-producer-and-designer-by-day, DJ-by-night. As in, we could all take a hosting cue or two from May Kwok, whose job description is exactly that. When she’s not working alongside Cov alums Nicky Balestrieri and Luigi Tadini at The Gathery, she’s DJing for the likes of Moschino, the New Museum and Soho House. To put it shortly, there’s no one better to consult when it comes to perhaps the most daunting holiday challenge of them all: gift wrapping. Dressed in a fuzzy, neon striped top, patent leather miniskirt, and appropriately baubled gold watch, all care of Emporio Armani, Kwok broke down the key commandments of chic as hell (yes, there’s options beyond candy cane stripes) wrapping. 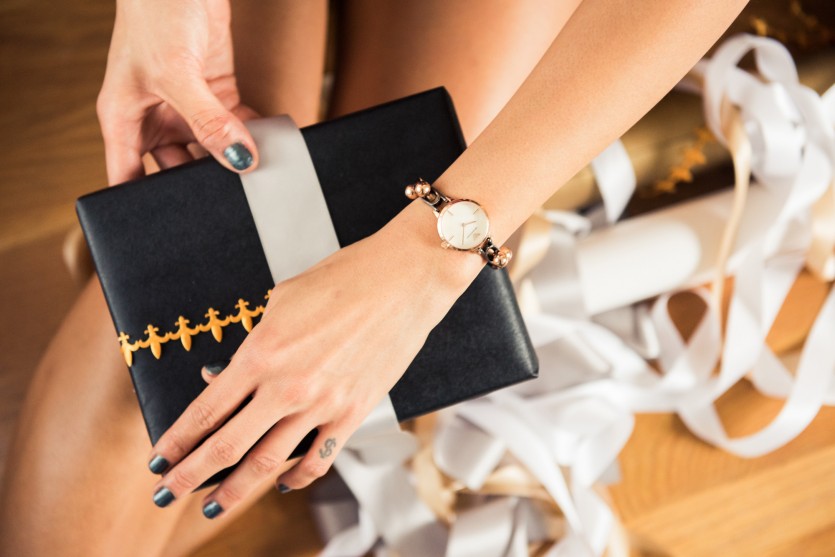 Rather than wrap your gifts in anything that screams ‘OHMIGOD I’M SO EXCITED IT’S CHRISTMAS’ from 40 feet away, skip the usual red, green or glitzy metallics in lieu of a neutral foundation. Winter white has a perennial Carolyn Bessette Kennedy vibe, kraft paper offers endless options for personalization, black feels elegantly restrained, and a subdued gold or silver is festive without veering into Santa cartoon territory (bonus points if you match your timepiece, the way May has with her Emporio Armani watch here, to whatever you wrap with).

Step 2: Get Your Folding Game Right 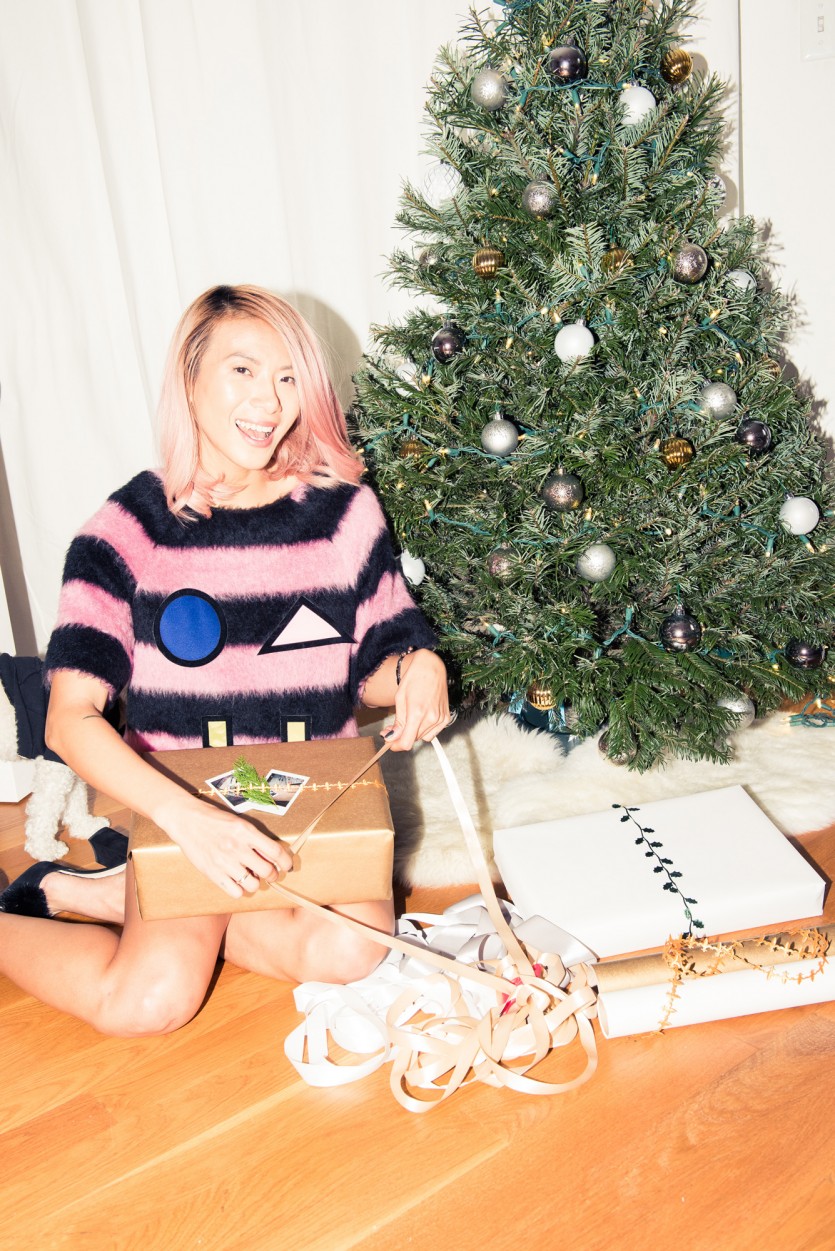 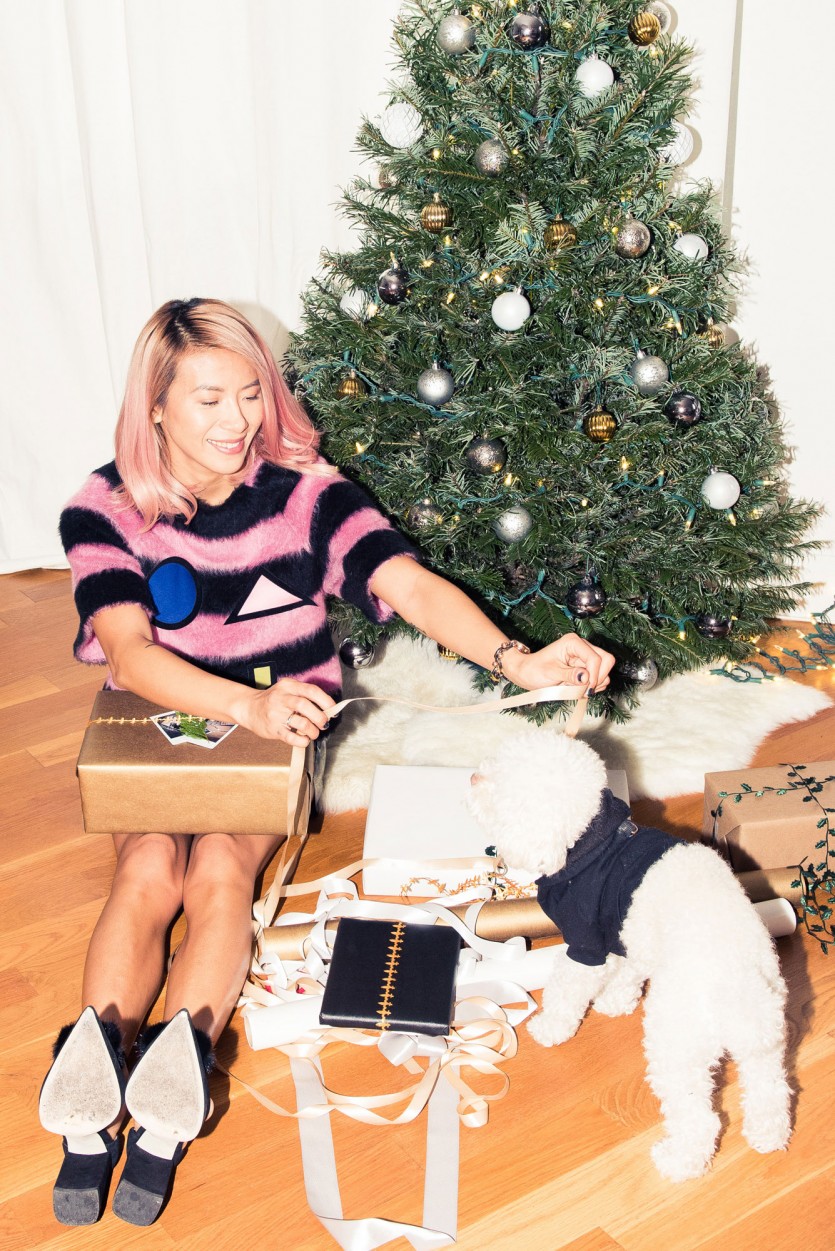 Taking a swath of paper, tape one edge to your gift before wrapping the other side around to cover it, trimming off any excess. Make sure the paper left over on the side is a little shorter than the widths of your package—that way, they’ll overlap evenly and there will be no exposed space. Once you have the package or present wrapped around once, fold down on either side, of the box. Begin by starting a crease on each side for sharp edges, before folding in, and continuing to crease as you go. Pull the paper up, and finish the gift with a short, clean tab of tape. 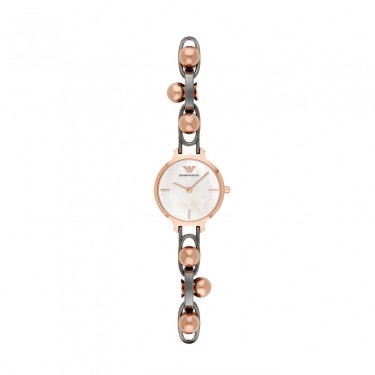 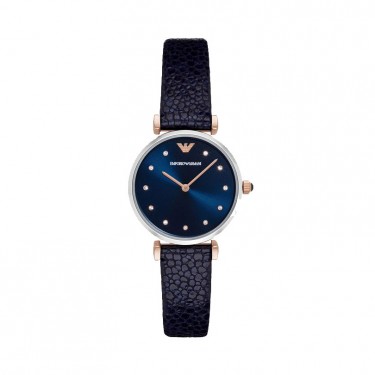 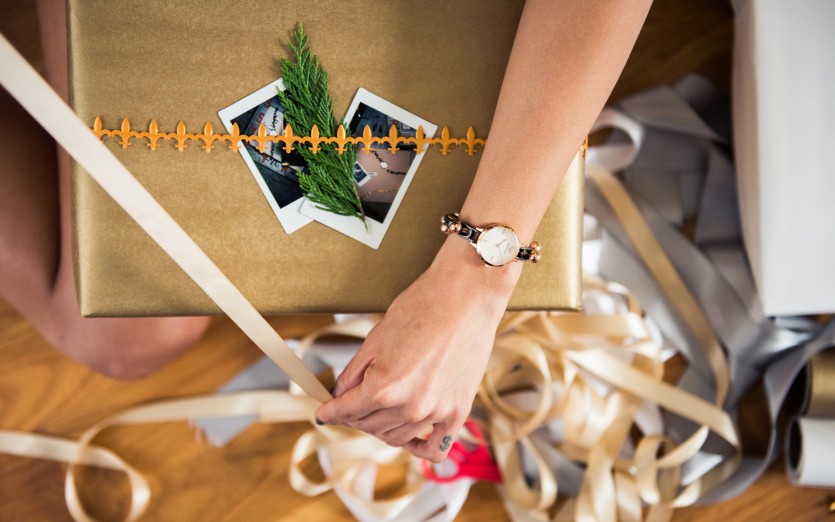 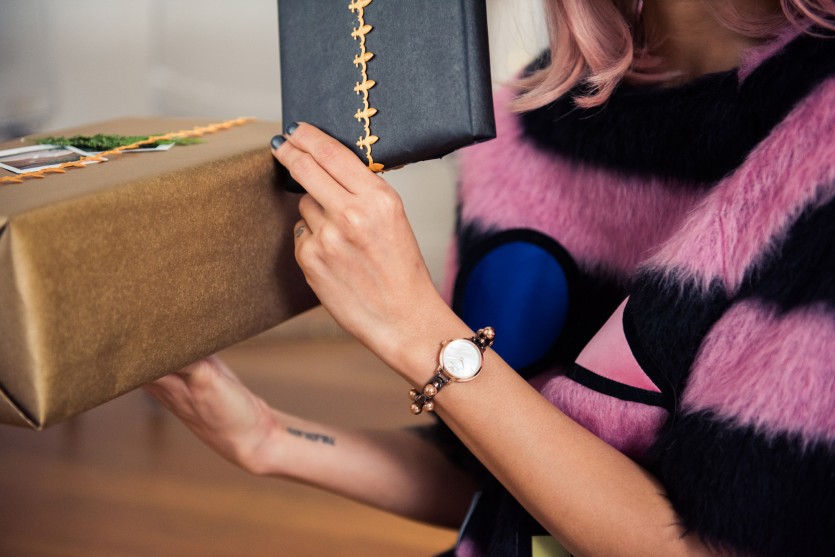 The easiest way to kick any gift wrapping job up a notch is to pick a ribbon that acts more like an actual accessory rather than an afterthought. A satin gold, silver, white or black one will do the trick. Kwok used garlands of gold fleur d’lys and vines, which you could use solo as she did here, or layer over top if you really want to go full Pinterest. 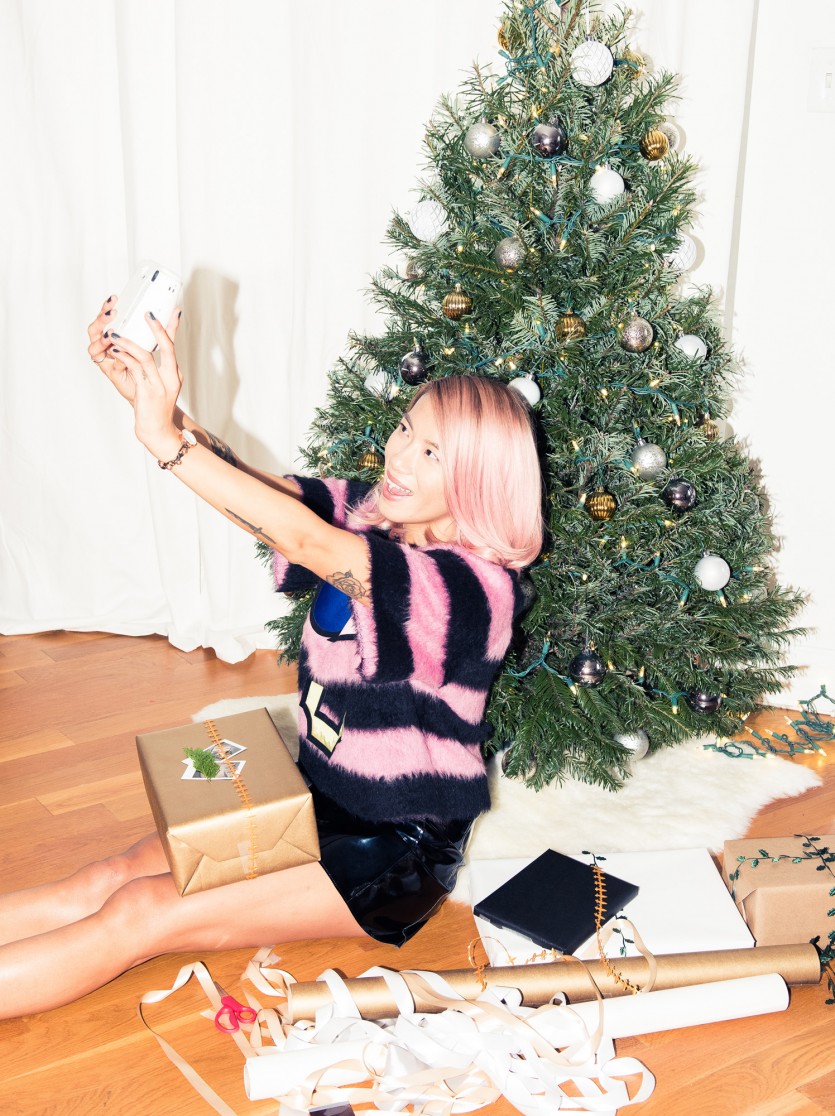 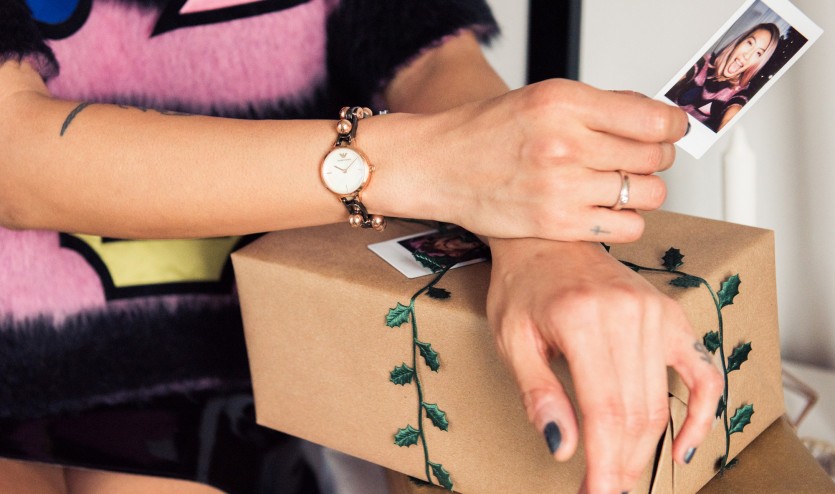 Seal the deal by making the gift look and feel entirely unique to you. That could be something as simple and no-duh as a little sprig of pine, or a mini wreath. If you want to add something they’ll actually want to hang onto, we like a Polaroid of the two of you together (take a disposable along during your next night out. They’ll never be the wiser). Kwok also likes a handwritten note, mixed with a little natural element, like a baby crystal. 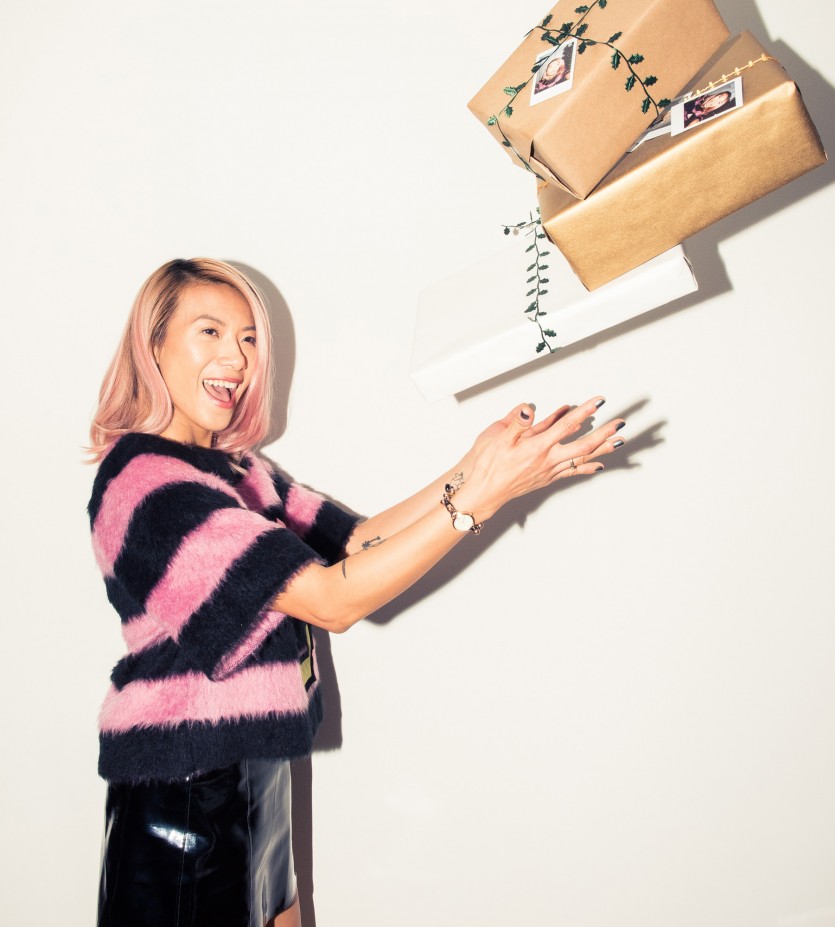 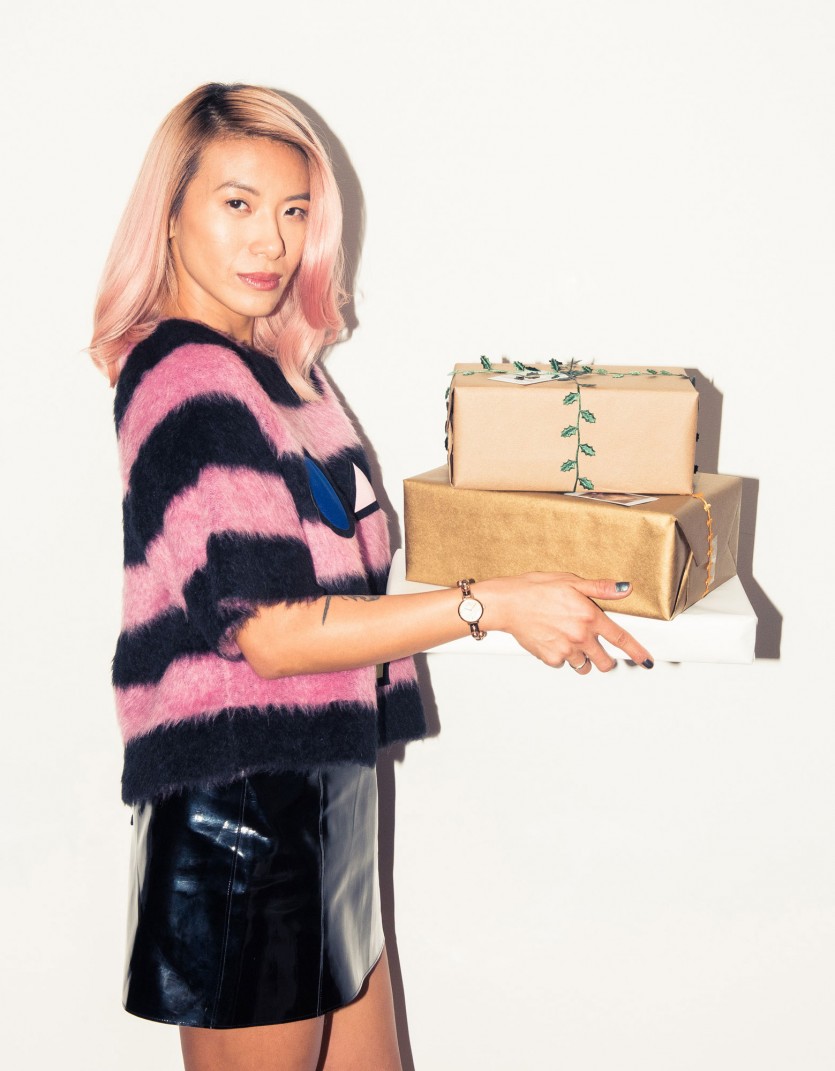 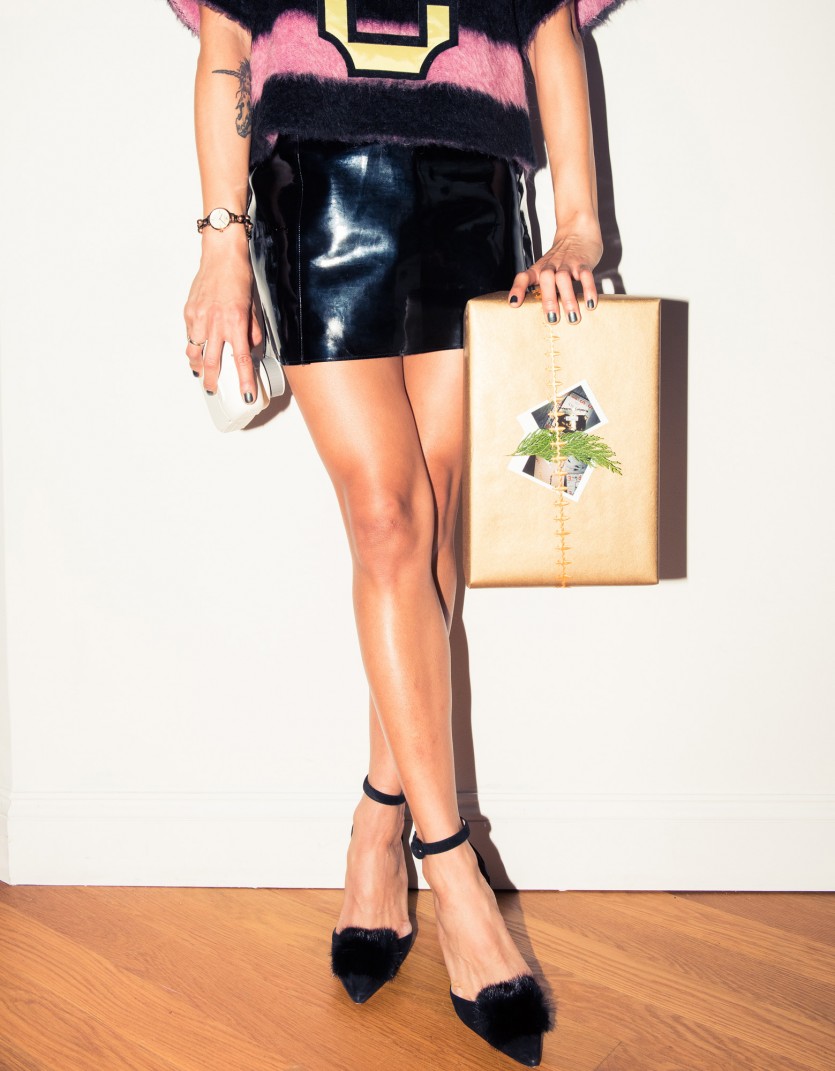