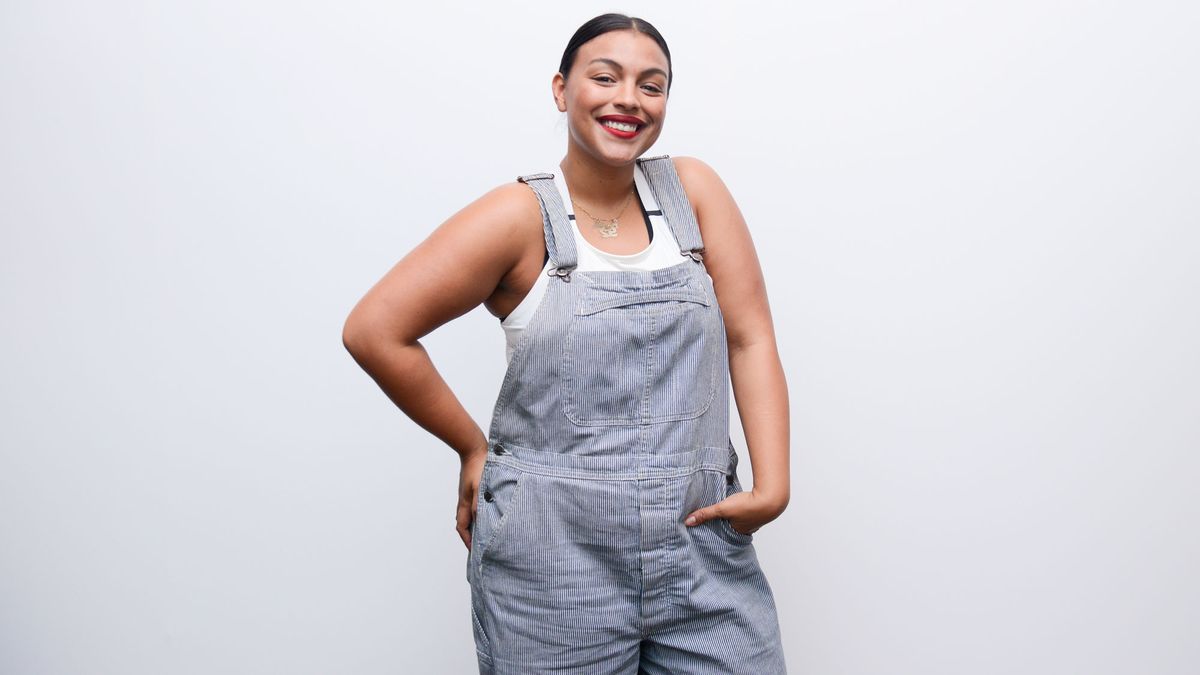 Paloma Elsesser on Haters & Her Best Self

Here’s a notion we’ve gotten well-acquainted with (thankfully) in the last little while: wellness has nothing to do with size. It has nothing to do with juice cleanses. And it sure as hell has nothing to do with the way you look. In case you didn’t realize, there is no prescribed ideal of what being healthy, well, or beautiful really means, because, ultimately, it’s about you and how you feel. No one knows that better than one of our very favorite people, Paloma Elsesser, who has shattered all those archaic beauty ideals. But we’re hardly the only ones to notice; Elsesser is everywhere (we’re willing to wager she’s popped up on your Instagram), acting as Pat McGrath’s muse (!) and most recently starring in Nike’s sports bra campaign. And when we ran into her at Nike’s Portland HQ, the conversation quickly turned to how she’s grown to be proud of her heritage, grappling with insecurities, dealing with the haters, and the pursuit of her best self.

How discomfort shaped her outlook about race:

“My prescribed identity is Hispanic—I’m Chilean and Swiss, I’m all of these factors, but I’m also black, and I grew up in a black household. I grew up with black grandparents, and seeing those struggles, hearing the stories and the histories that were bestowed to me from them was always kind of uncomfortable for me because I never thought I particularly fit in anywhere. But, looking back, I think that discomfort has been such an integral role in shaping my philosophies about race. And now I feel really proud of all of those backgrounds. I see so many more girls that look like me in the media, and separately, if they don’t look like me, that there’s value there.”

On finding her place:

“I’ve never been small. This is my body. I’ve fluctuated in some way or another, but I don’t even know what being thin feels like. I felt very marginalized when I was younger—I didn’t know how I was supposed to move in the world, and how I was supposed to connect with girls. Now, I’m in spaces with women who look, feel, or identify with things that blend—not just with size. Just what it means to be a woman and what it is to understand body type and what it is to be confident, to believe in yourself, and to see your worth.”

She still deals with insecurities:

“Sometimes I still feel like I don’t fit in in my industry or like I’ve been sent off set for being too short or not big enough, or not small enough. It’s hard. Modeling isn’t easy. I was not plucked in a mall when I was 14 years old; I wasn’t sitting in a model house; I was a college student and Instagram afforded me a modeling agency. This has all come about in the last three years of my life. At this point, I’m still grappling with insecurities; I’m not putting myself in positions to be rejected all the time, you know what I mean?”

On realizing she can’t (and doesn’t want to) change herself:

“I’ve had to pull up my big-girl panties fairly quickly. It’s not easy to be told you’re not right because of who you are. I can’t grow five inches overnight, I can’t lose 20 pounds overnight, I can’t have different-colored skin. These are things that I can’t change. I have to keep that in mind, and this is a mantra that I’ve said before and I’ll say it again: there’s really room for everybody. We’re all here for different reasons, but a common reason.”

On the support and backlash her campaign received:

“I know plus girls who have run marathons and they’re not thin girls. And that’s fine. This image that we’re now unpacking is that there’s no one body type—we all have different body types, everything can sit differently.”

On dismantling the haters:

“I feel stronger in what I do every day and I feel I know my purpose. But sometimes [negative comments] affect me. But then [I remind myself], what is it that they are doing that’s so much better than what I’m doing? What is a random dude calling me obese going to do? Who cares?

“We can’t dismantle those bullies in a day, but it’s [about] these interpersonal connections we have with other girls. I think as women, we’re conditioned to be competitive. We’re conditioned to not always see our worth and not to support each other. I think it’s a power movement to incite togetherness and [talk about] what we’re gonna do for the future. I’m gonna empower myself every day. I’m gonna surround myself with people that inspire me, that encourage me, not in a selfish way, but in a mutual [way]. It doesn’t mean we all have to have the same beliefs.”

Fitness as more than body work:

“Fitness is a major component of mental health for me. It really keeps me focused—it’s like meditation. It takes me out of everything that’s going on in the moment. There is so much chaos [in the world], so it’s important that we, as women, as human beings, are able to tap out in a positive way. [I was living in a] negative, destructive way that I was just not willing to participate in anymore. [And for me] that was wellness, having tranquility.

“My gratitude and love to my trainer, Joe Holder, is that even on the days that I’m like, ‘I'm tired, I don’t want to waste his time,’ he’s also really encouraging. Working out can be really emotional. You’re building up goals and sometimes you don’t meet that goal. I’m an overthinker and allow [myself] to spiral, but Joe has also acted as such a good backboard for me. I go see him three times a week, and I also see a Pilates instructor, which brings a great balance.”