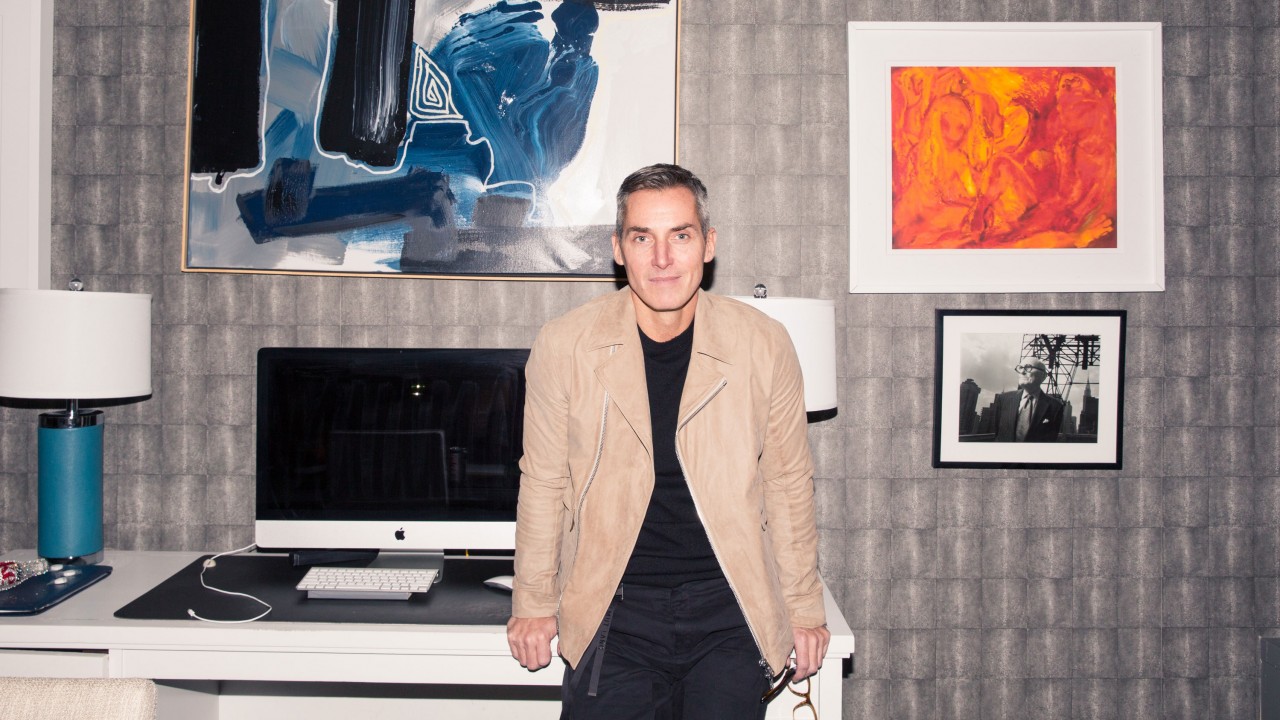 The model agency’s CEO will tell it like it is.

Bill Wackermann is everything you’d want a high-flying CEO of one of the industry’s most storied modeling agencies to be. When we visited the Wilhelmina headquarters, we were ushered into Wackermann’s cavernous office, a breakfast spread waiting just outside the door (we were hungry; it was perfect). The CEO himself came in a few minutes after us, having stopped at a ~very exclusive~ Brunello Cucinelli sample sale. After showing us some of his scores—the man has very, very good taste and knows good fashion (like last season’s Gucci) when he sees it—he got down to business. And by that we mean he told us exactly what it takes to head up a big, publicly traded business in an industry as complicated as model and talent management. (Along with major models, they also rep celebs like Nicki Minaj and Shawn Mendes.)

For the uninitiated, Wackermann’s role marked a new professional direction for him. Previously he was a publisher at Condé Nast, leading various magazines there, including Details, Glamour, and CNTraveler, for a whopping 21 years. But, as everyone and their therapist knows, the publishing industry is a-changing—understatement of the year—and a year ago, Wackermann moved on. Now he’s given Wilhelmina its most profitable quarter ever and is willing to shake up some of the old-school notions that have left other agencies stagnant. From how he tells it, he’s learned a lot in the year he’s been running the show—and, tbh, seems to know exactly what he’s doing. Wackermann school is now in session. 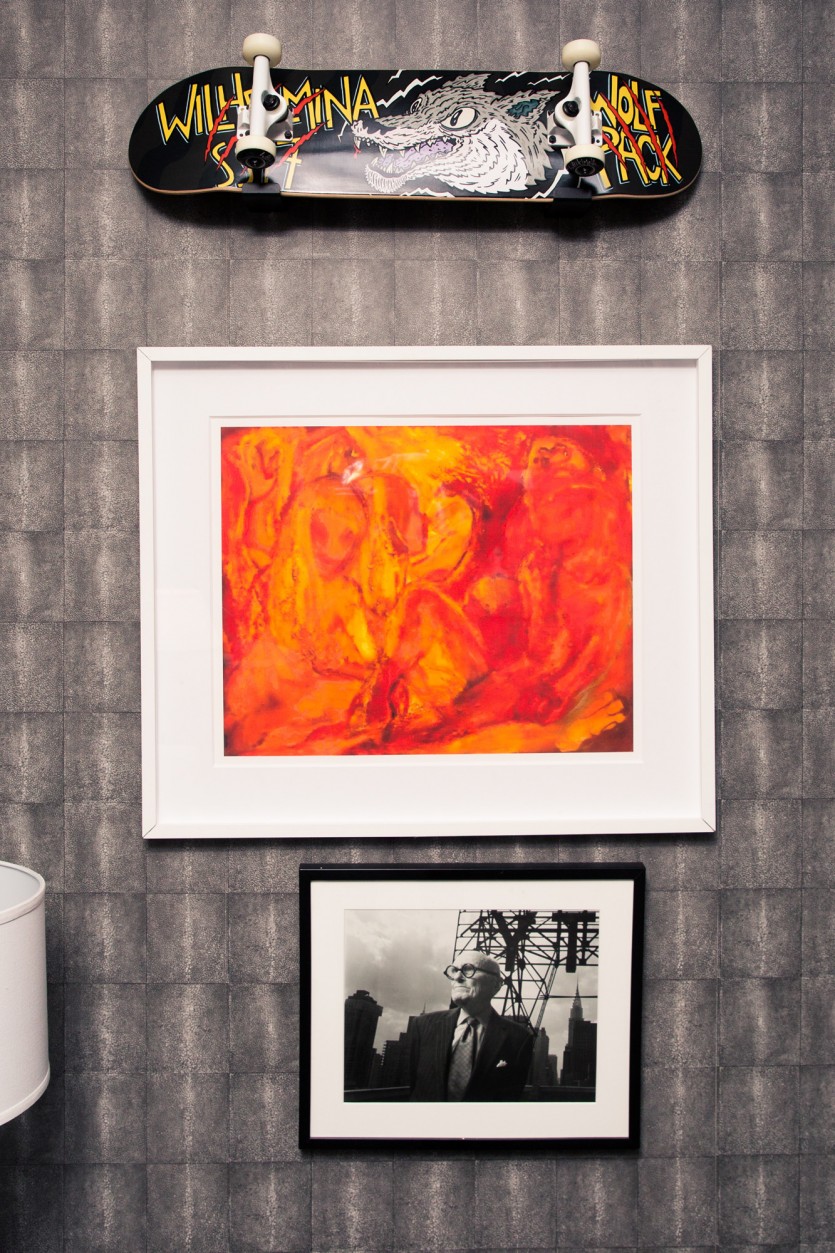 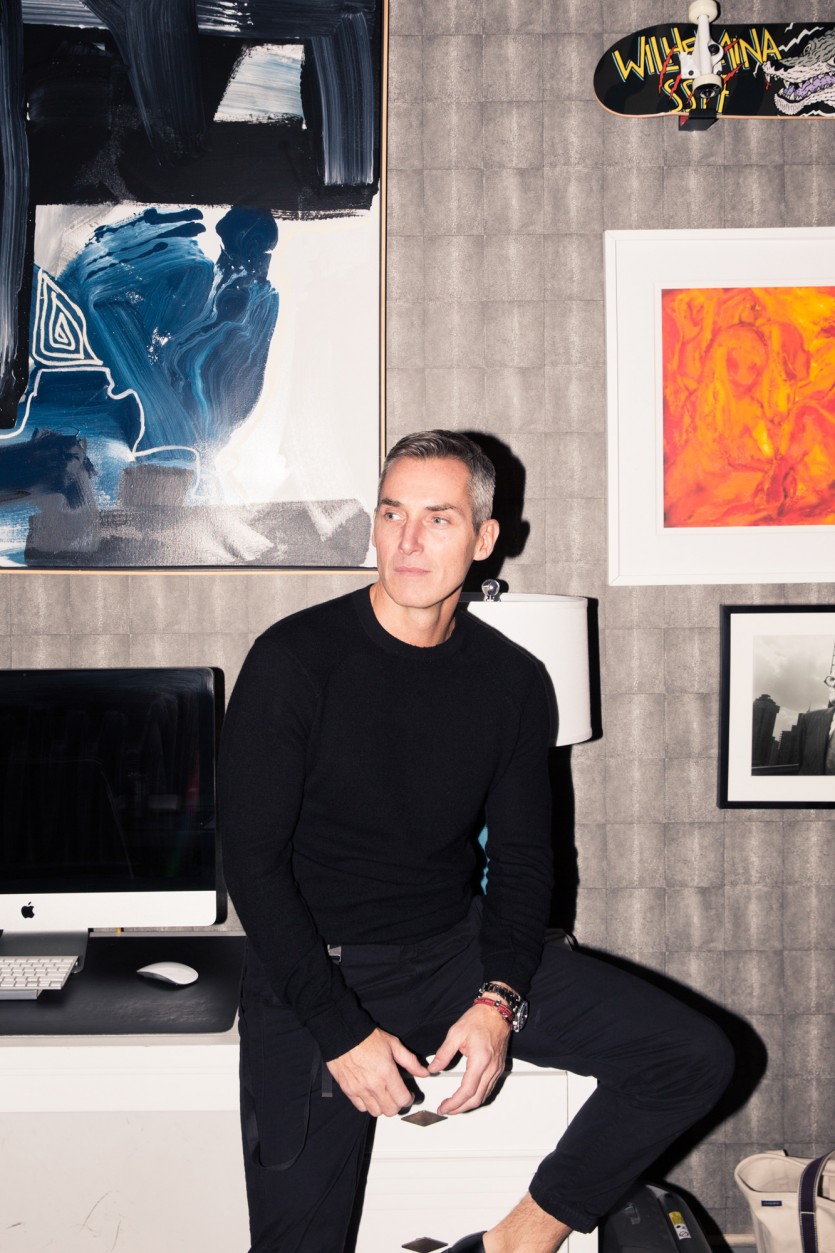 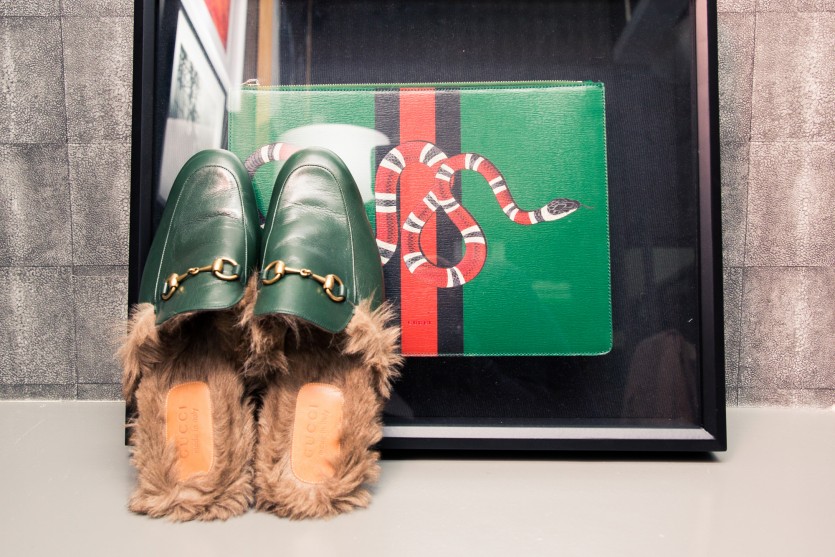 What it felt like starting an entirely new career after 21 years at the same company:

“[I started at Wilhelmina] only five weeks after leaving Condé Nast. I was lucky enough to be at Condé Nast for 21 years, and 21 feels like you’re of legal age to do something, so I felt like I had permission to think really differently. And the opportunity came for Wilhelmina. Someone reached out to me, and at first I thought, OK, the CEO title is interesting to me, but I didn’t know anything about the modeling business. I flew to Texas, and I sat down with our largest shareholder, Mark Schwarz. I left that meeting feeling so excited by the prospect of working at Wilhelmina because it was things I knew. It was editors and casting directors and photographers—there was a whole language and lexicon. Then there was this whole other part of becoming the CEO of a publicly traded company, and that scared me. I was humbled by the idea, but what does that mean? Something tells me in my gut that when you feel afraid, those are usually good signs. That’s a sign that you’re ready to grow and you’re ready to try new things and you’re ready to push. I’m absolutely humbled and honored because it’s been all those things. I’ve learned a tremendous amount. And I think I’m still learning.

“Condé Nast was an incredible place to be. I felt very, very lucky to have the opportunities I had there, but times change and the market changes. I look back at that time with nothing but respect and humility and admiration for the people I was lucky enough to work with. There really was a time where it was the best and the brightest in the marketplace, but the entire industry has changed today.” 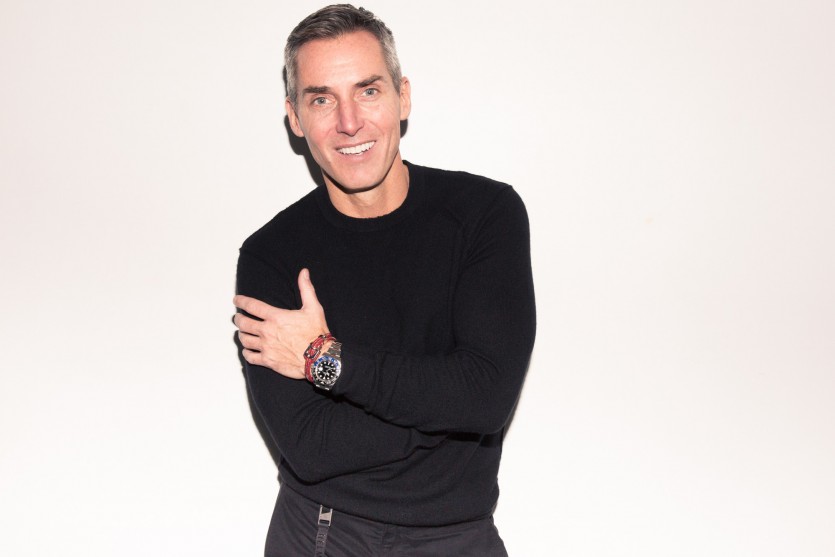 The biggest change (and challenge) of working in the modeling industry:

“One of the biggest things that was eye-opening for me is, when you’re working in the publishing business and you create a strategy around a brand, the brand doesn’t talk back and say no. You sit with a model; you’re like, ‘We have this amazing idea for you, here’s what we want you to do,’ and they’re like, ‘No, I don't want to do that.’ What’s option B? And so the human part of the job, the human connectedness, the personalities... We are managing 2,700 models around the world at Wilhelmina. We’re in charge of their career and creating opportunity for them, and there’s so many personal things to get involved in—high-touch human connections—that was new to me. Before we were dealing with advertisers that had marketing budgets, and they understood the business they were in, and you were trying to convince them of why your brand would be better. Now you’re talking to a 15-year-old girl or guy who’s coming from some part of the world where all of this is new. I have a tremendous amount of respect for the amount of time and investment that our agents spend with models—it’s so much more than you think. It’s a 24/7 job where people call you all the time with, like, ‘Can I change my Equinox?’ It’s Saturday at four.”

The role of a CEO and a model agent:

“It still feels like an incredible opportunity. But no one, certainly not the CEO, does this without a team of people. Over the past year, I spent a lot of time building the team. I see my job as collecting the best and the brightest to bring to Wilhelmina, the people who are really in the trenches every day with the models. Being the CEO, you get the fun part—you get to show up, and they’re all there, but you weren’t there doing all the hard work. I’ve been humbled by the commitment of the Wilhelmina team and to the culture that we’re in the process of creating, which is about excellence and accountability, about their service to the models. We’re the last person to be served at the table—if people didn’t understand that, they understand it now. We’re there just to serve the talent. When J-Lo goes to the Grammys, she’s not sitting next to her agent—that’s not your job. It’s not about us, it’s about them.” 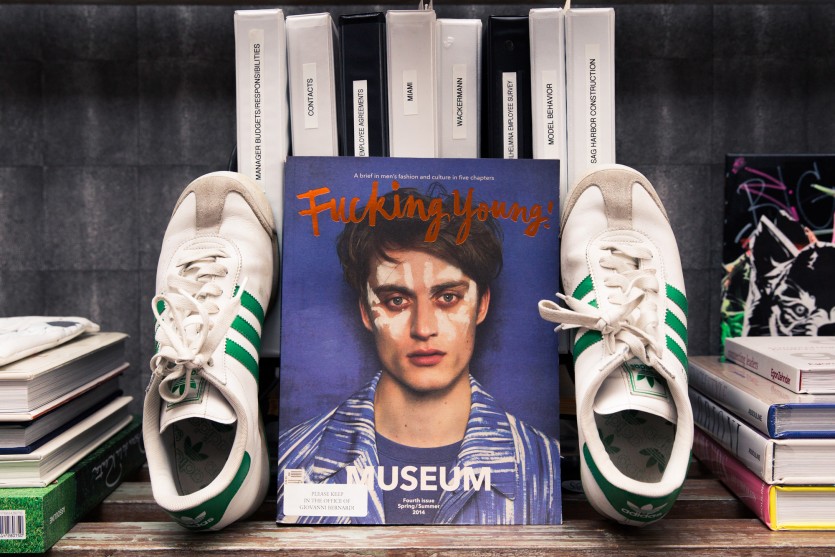 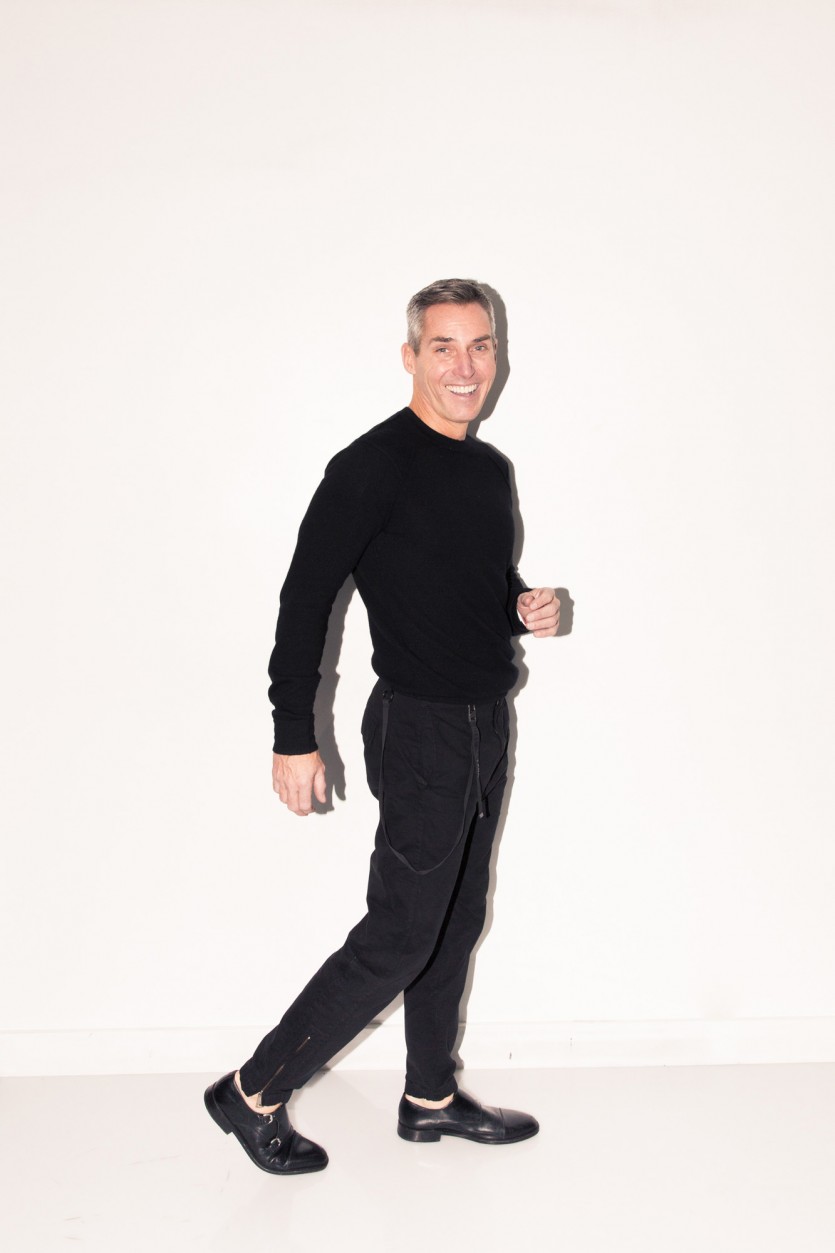 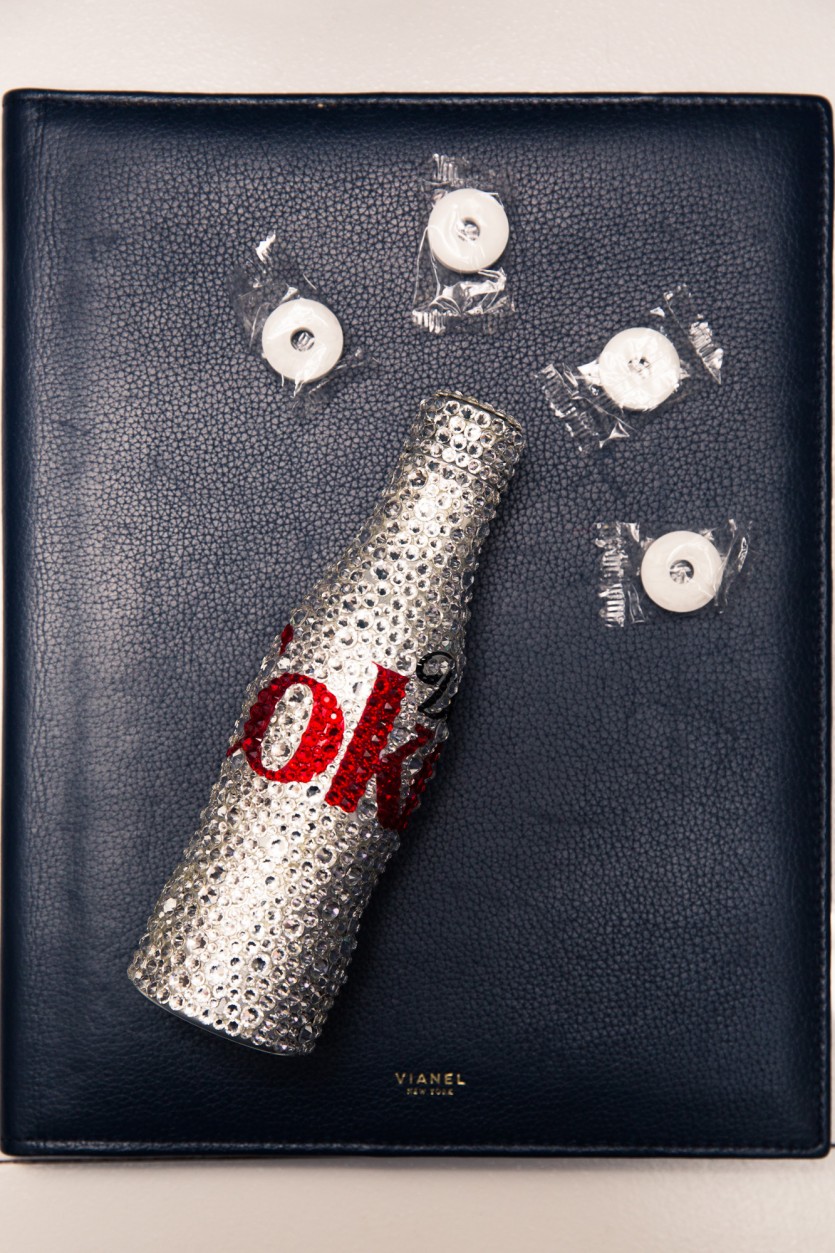 “I think models, celebrities, influencers, and content creators are all being blurred today. I had a conversation with some of our models about Instagram and social media, and one of them said, ‘For me, it’s just a personal thing, it’s not my brand.’ I completely respect what you’re saying, and I could have an account that’s @BW1254, and no one will know. But if you’re a public figure, you have to think about it this way: You’re going out in the marketplace and people pay to look at you, so if you could show people that there are 250,000 people that might pay to look at you and you’re not even in a campaign, imagine what the advertiser thinks. If you go to them and say, ‘By the way, you should put me in your campaign, but no one wants to look at me,’ that’s not really the message you want to deliver. One of the great things about being a model is you walk off the set and you can be doing whatever you want, but if you’re a public face in that way, you have to understand that social media is part of your job. Models have got to get themselves comfortable with that idea.”

Why a company culture can make or break it:

“A company is a culture. The size and might of a company doesn’t make it strong; reviewing numbers doesn’t make a company successful—those are all parts that come from creating a culture. When you have a group of people that want to do the same thing together, who believe in a vision, you create this company culture—that’s what success is. One person doesn’t do that; everyone has to do that. We have our weekly management meeting, and we go through, talk about all the issues we’re facing together, and share that information. We find out ways to help each other. People might say ‘my model,’ but there’s no ‘your model’—this model is signed to Wilhelmina, and we all have a responsibility to that person.” 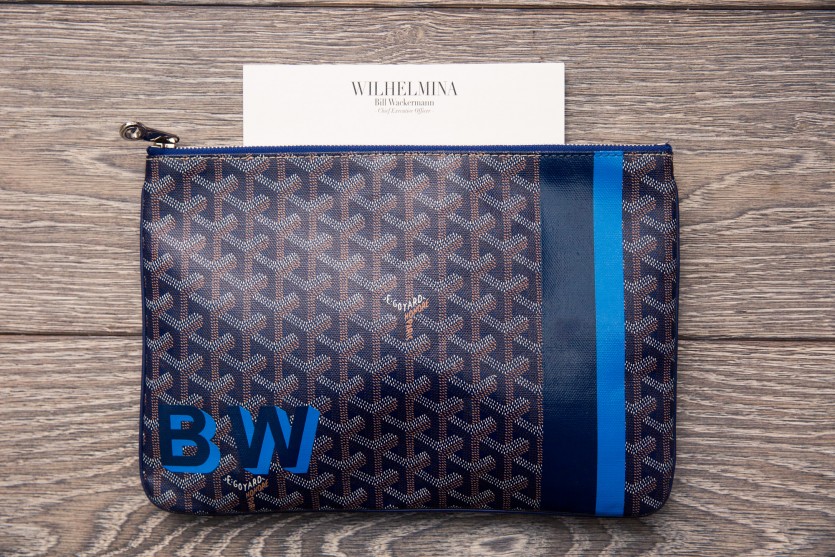 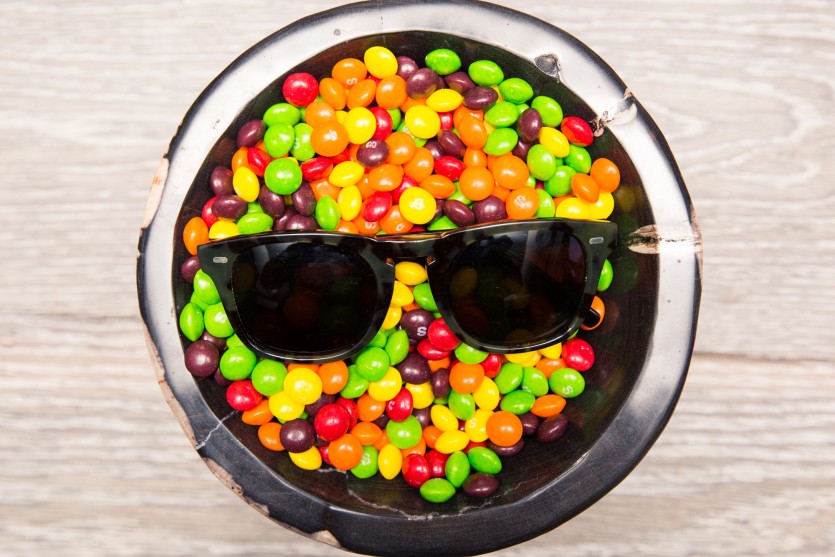 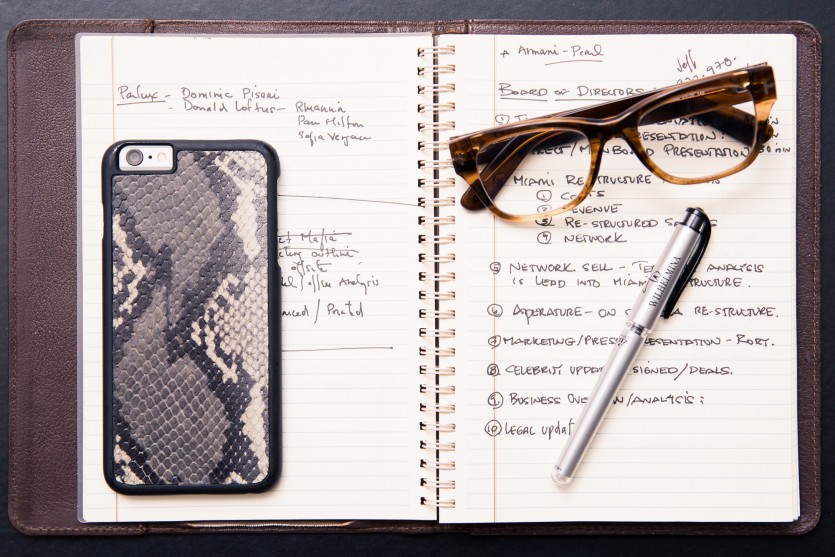 What he’s learned about being a good leader:

“My [leadership] style has changed a lot over the years. There were many years when I was at Condé Nast and I was really young in leadership positions. I was 30 years old and a publisher of a magazine, and I made every mistake known to man. I thought being a leader was being put in front of the line, and today I think being a leader means you’re at the end of the line. People only follow you because they believe in what you’re doing, not because you tell them to do something. I learned a ton of lessons over the years. I grew up in a very public business—I had some successes, some failures, but I learned.

“But I think I’ve softened my style tremendously over the years. I try to enjoy it. If you’re running a race and the end goal is always the finish line, what you do to get there is the most expedient way to get to the finish line. I don’t know if I believe in the finish line anymore. I know it’s a cliché, but I believe it’s the process. I want to come to work every day to do our best.”

How he’s brought an entrepreneurial point of view to a public company:

“The best time I ever had in my career was the four years I had at Details. I was 30 years old, and it was like we were putting on a play in the garage. We had no resources, we assembled this group of people that were all young and hungry, and we had a ton of fun. Coming to Wilhelmina, I want to capture that, pulling together this team of people that really believe in the vision that we’re doing and understand that we could do extraordinary things for this company. It feels more entrepreneurial in that way, the idea that we could kill it—let’s break every rule, let’s do things that no one has ever done in this industry before. It’s only a year in, but it’s working.” 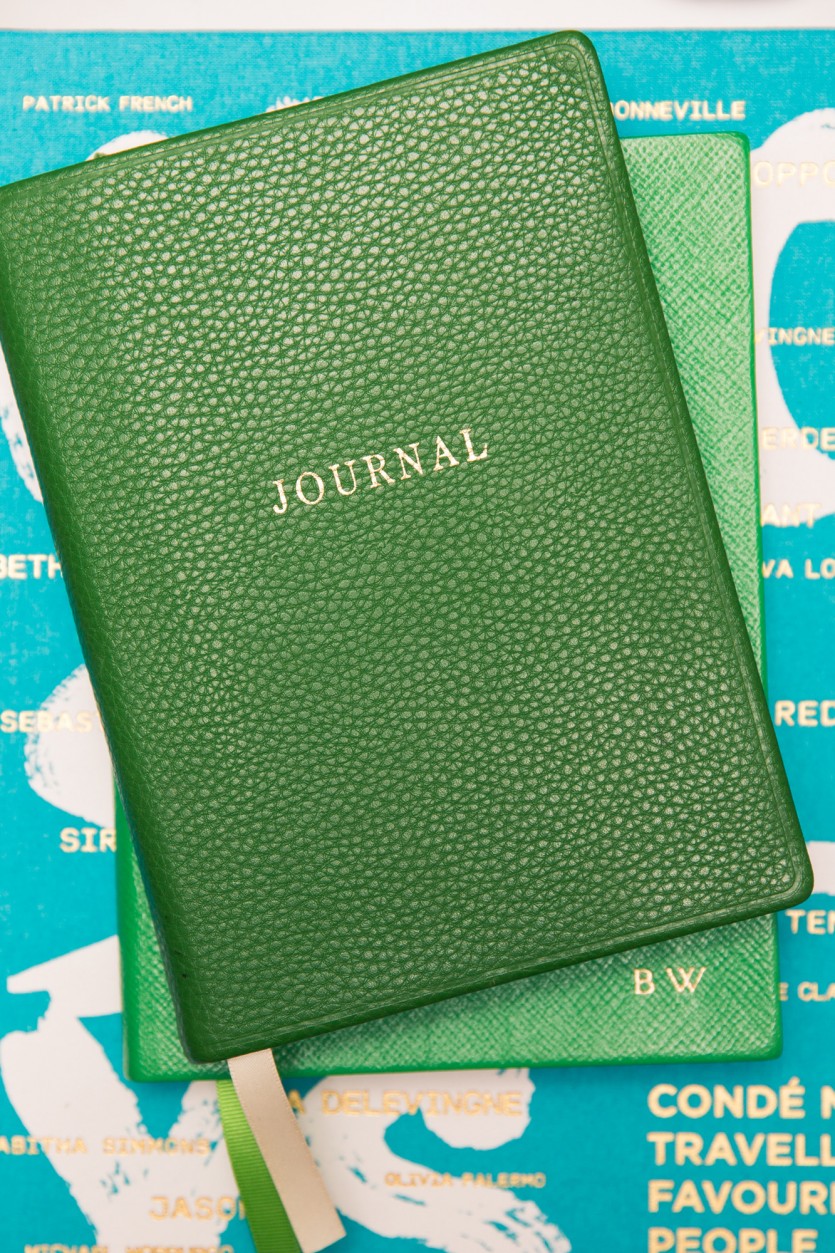 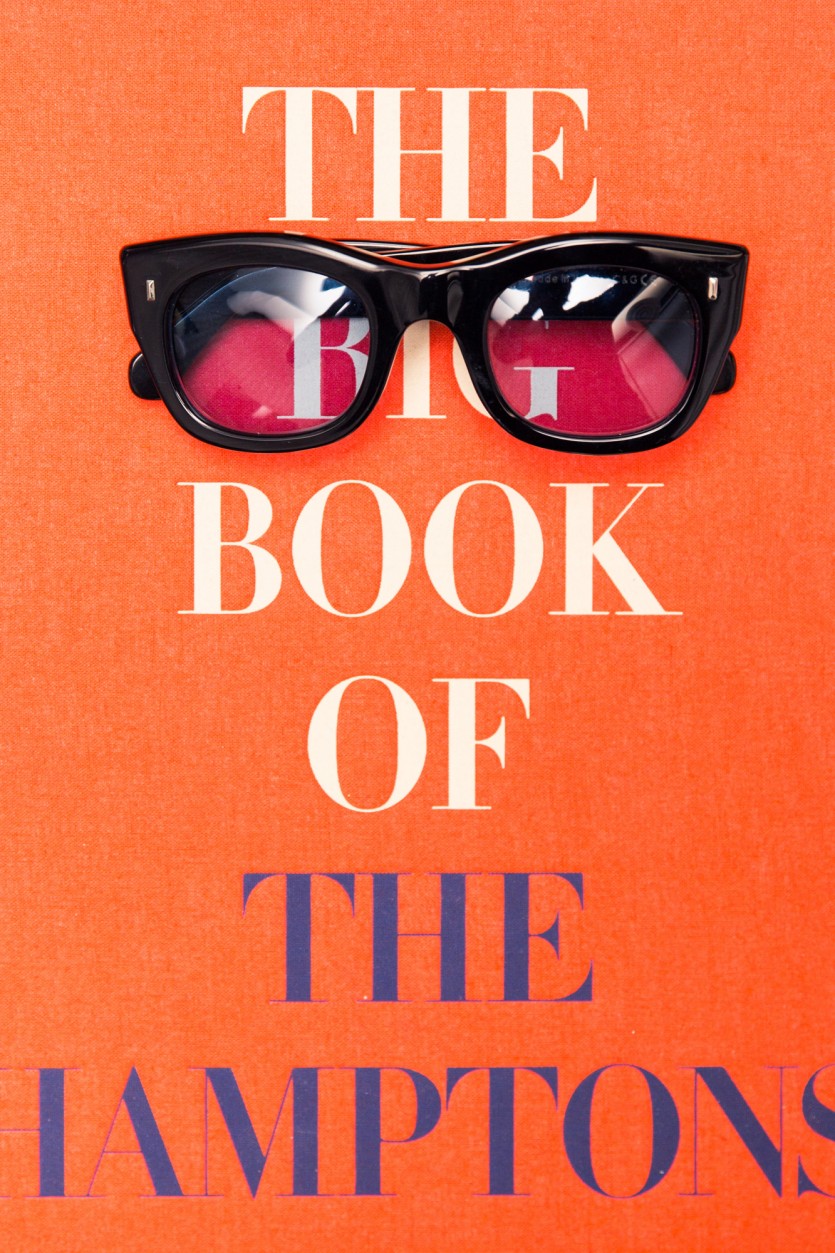 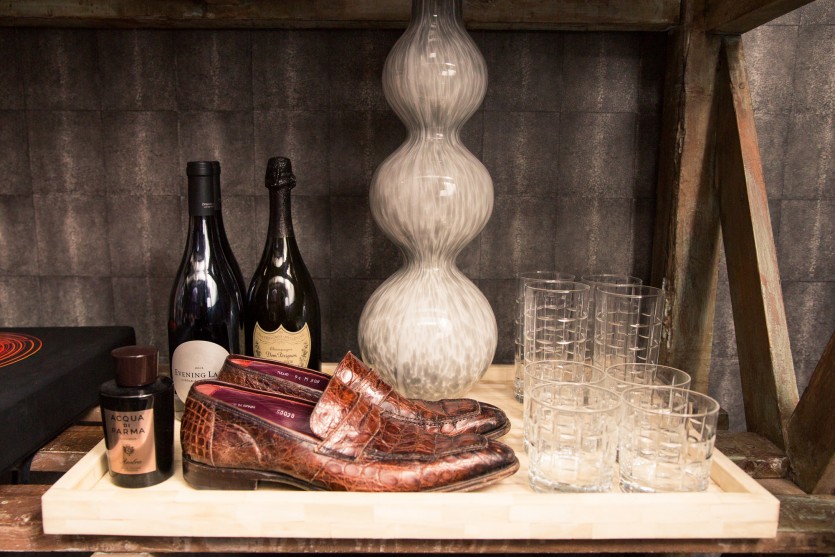 His advice on how to get the job you want (and keep it):

“Do the follow-up, it’s not about you, it’s about you trying to get a job. Everyone’s really busy, don’t be afraid to push, check your ego at the door. Think about the person you’re trying to get that job from—he’s got a million things going on. If you could make their life easier by following up, sending that email, thinking ahead, not waiting for someone to come to you, and being proactive, I guarantee you’ll be successful. No one wants more things on their plate, they want less things on their plate. But if you’re adding things on their plate by coming in every two seconds saying, ‘I don’t understand how to do this,’ or ‘By the way, I have a doctor’s appointment tomorrow,’ all of a sudden the energy is now on you—it’s not going to take the person too long to want to get rid of that distraction.

“Everyone likes to feel like someone really wants the job and is going to be really proud and happy to have it. I want people who want to be here.”

Meet the Queen of Injectables
Music Industry Maven Karen Civil Talks Career Advice and Giving Back
Qimmah Saafir was Tired of Black Women Being Overlooked by Magazines, so She Launched Her Own