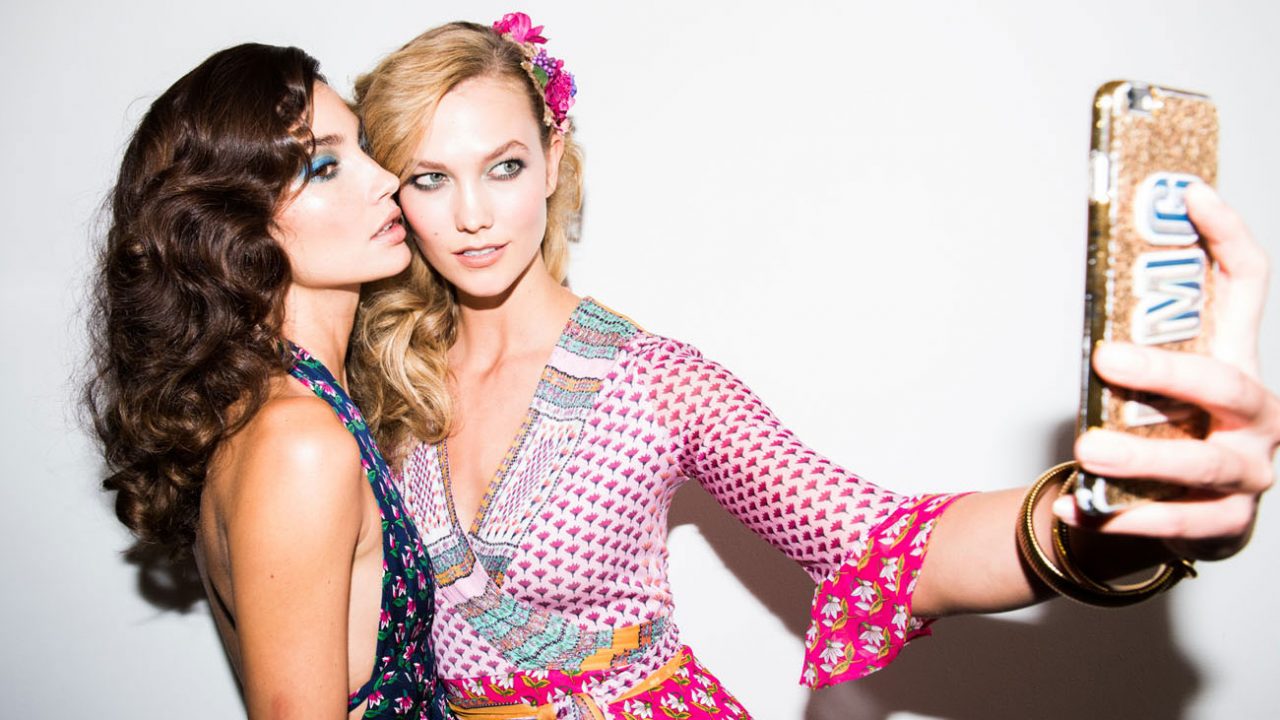 The Social Media Faux Pas to Avoid This Party Season

‘Tis the season for digital stalking.

Let’s be real: many of us are guilty of posting “for the likes.” It’s fun to capture #squadgoal moments and a thrill to upload FOMO-inducing pics when the party you’re at is ~lit~ (insert fire emoji here).

But posting whatever, whenever, and wherever can taint your personal brand (we know, we know, but hear us out). Those seemingly harmless photos can cost you a job interview, a business opportunity, or even a date (don’t you do a social background check before swiping right?). After all, according to a 2016 CareerBuilder survey, 60% of employers use social networking sites to research job candidates.

As it turns out, your Facebook/Instagram/Twitter posts are a key part of your narrative, a.k.a. your digital footprint. Each channel is a digital representation of you, so you need to make sure your feed is free of any regrettable pics, poses, or captions. Every now and then, finesse your feed to ensure it’s representative of the best version of yourself. While in the midst of a Netflix binge, perform an edit of and delete any posts that border on cringe-worthy or fall under “you had to be there.” Or, bypass the edit entirely by avoiding these four social media sins, which, while relevant all year, are especially important during party season.

1. THE WALK OF SHAME

Look at you, strutting outside the club at 2 AM. (Those heels tho.) Walk of shame? This pic belongs on the walk of fame. Your look is so bomb, you insist on posting a squad selfie.

Fast-forward to 9 AM when one of your girls tags you on Facebook. Wait, hold up. Your eyes are closed, your hair is disheveled, and your selfie looks more like a group mug shot. It’s time to untag that pic, stat. You can definitely message your friend, asking her to delete the photo altogether. But for immediate action, untag and hope for the best.

We’ve all been there: it’s tough to resist the urge to post pics while having an epic night out. Just make sure to cover your tracks the morning after.

Congrats. You’ve managed to stay out until 3 AM on a weeknight. Panic strikes when you realize you need to roll into work in a few hours. And when you show up at the office, the Venti latte, under-eye circles, and topknot are surefire signs you’ve had a night—but so is your after-hours Facebook check-in followed by an Uber ride Snapchat confessional.

The worst part? Your coworkers and managers follow you on social. Don’t even feign a migraine and try to leave early—your night has already gone viral.

If you’re out for a crazy night of partying, resist the urge to document it on your feed(s). Remember: even your snaps can be screen-captured and shared. When it comes to late-night social, less is more.

You meet someone at a holiday party and enjoy a great convo. It’s perfectly acceptable to end the chat by telling them you’ll friend them on FB or Insta. (It’s like asking for business cards in a networking scenario.) You can definitely follow new contacts that same night or the morning after, especially if you left an impression and especially on a formal platform like LinkedIn. But doing it randomly a month later will look weird.

PSA: If you are back-stalking someone on Instagram (whether you know them or not), pay extra attention to ensure you don’t accidentally double-tap a pic from 2015.

Social media has grown into more than a platform for sharing cat memes and #ootd’s; it’s also a venue for sharing our values, beliefs, and the causes close to our hearts. This is awesome, but in these tense political times, you’re sure to have people in your network who disagree with your statements and whatever movement you’re hashtagging. It’s all about figuring out that sweet spot of making your values known and standing by them with poise, without getting into a back-and-forth war with acquaintances and strangers.

Don’t feel the need to apologize for your POV and please do stand tall in the face of opposition, but by the same token, don’t insult others who might disagree and don’t engage in virtual mudslinging.

A final tip: Remember that your social media accounts can show up as Google search results. Make your Facebook and Instagram profiles private if you’re posting things you don’t want anyone and everyone to see (nerd alert: there are also settings in each social media platform to make them “unsearchable” in Google). And if you’re curious, Google yourself to see what pops up (P.S., look at the “Image” search results too!).