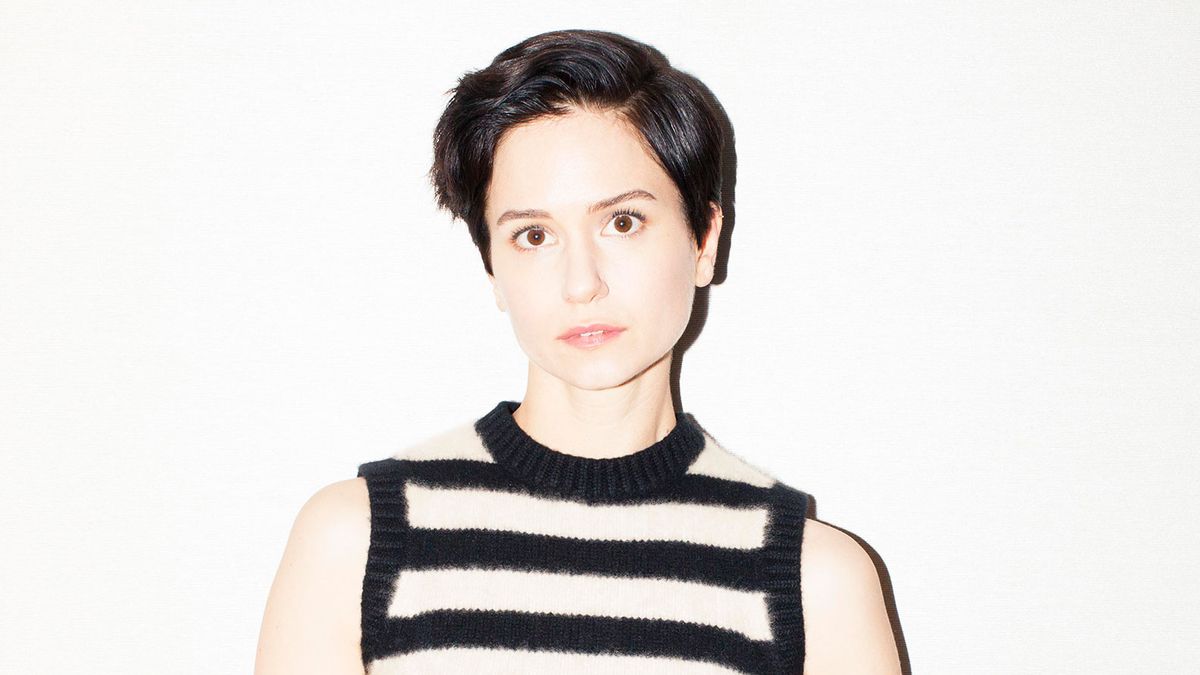 She *cast* a pre-election spell that would have been enormously helpful when we hung out with her one-on-one.

Calling it now: Fantastic Beasts and Where to Find Them is going to be one of the biggest movies of the year. And not just because it’s part of the Harry Potter universe and because J.K. Rowling wrote the screenplay. We wouldn’t exactly call ourselves big-time Potter fans (although we may have done that Patronus test once or twice—we love a quiz!), but watching Eddie Redmayne (sigh) and friends wizard their way through 1920s’ New York is one of the better ways we’ve spent an afternoon in the past few months (last week’s dark days notwithstanding). Because we’re lucky like that, we got a chance to flag down the actors who play the aforementioned friends—two witches and a No-Maj, the American term for Muggle—in the midst of their whirlwind press tour to talk about what it’s like being part of something this big, and the spells they would cast if they could. We found Katherine Waterston, Alison Sudol and Dan Fogler to be grateful, thoughtful about how their lives and careers are about to change big-time, the teensiest bit neurotic, very cool, and as excited as we are about the movie (and the next four to come).

Beware, there are some minor spoilers ahead.

Read today’s interview with Waterston below, and stay tuned for exclusive one-on-ones with Sudol and Fogler over the next few days.

How she feels about being part of a movie that’s so major:

“There’s this line in one of the Harry Potter books that’s something like: ‘It’s a strange thing, but when you’re really dreading something and you’d give anything to slow it down, time, it has a disobliging habit of speeding up,’ and I feel like that’s always what it feels like when you’re coming towards a big press tour. You’re like, ‘Oh, I could use a week of vacation,’ and suddenly there you are blabbing and running your mouth off.

“I’m just coming to terms with that, the scale of it and what it means. When we were working on the film, [director] David Yates really set the tone because he has such a symbiotic relationship with David Heyman, the producer, and J.K. Rowling, who have worked together so much. They kind of tricked us into thinking we were making a little indie. It’s only now that journalists are asking us this stuff, it’s dawning on us: it’s actually kind of a big deal. It sounds ridiculous, like, how could it be that we weren’t aware? That’s the kind of thing that your mind does when you need desperately to be in denial because we couldn’t be a bunch of nervous wrecks on set every day. One way or another we didn’t believe we were making a really big film while we were shooting. Which made coming to set every day really fun and freeing, but now it’s a little overwhelming.”

Why the Fantastic Beasts set was such a special place:

“And it’s kind of a sacred space. Not just the guys at the top—J.K. Rowling and the Davids [Yates and Heyman]—but a lot of the crew had worked on the other Harry Potter films. Sets always feel like this temporary family, but this one really did feel like marrying into a family, a really lovely family—the whole crew was so kind and generous, and happy and proud of what they were a part of. It was a kind of intoxicating energy to be in the middle of.

“The main thing that was so galvanizing for us four [Redmayne, Sudol, Fogler, and myself] was that we were the new people there—the rest of the crew and the director, they’d all been there before. We had that in common from day one. We were all experiencing it together for the first time, and Dan had the good fortune of being able to look surprised about it all in his performance. We had to act like all these magic tricks being performed every day are not that big of a deal. I think we all can relate to [Fogler’s character] Jacob’s experience in the film, because it was so wonderful to be a part of it and to see all of it for the first time.”

Her early bonding moment with Redmayne:

“The auditions were bonding. I did what is basically a chemistry test with Eddie in New York. He leaned over to me during the auditions and said, ‘I’m really nervous.’ I thought, ‘How the fuck...? He got the job, why is he nervous?’ But he later told me he’d been given the job without an audition and he thought when they saw his take on the character in tests they might think that they’d made a mistake and fire him. Actors are so neurotic and Eddie and I are maybe even more neurotic than the average actor, so I understand now how he could think that. At the time I thought, ‘Is he kidding me: you’re brilliant, you just won the Oscar, what are you worried about?’ But it actually was sort of liberating and bonding because I felt like, ‘Okay, I’m not alone in this.’ I wonder if he hadn’t whispered, what would have happened when I’d auditioned—maybe I wouldn’t have gotten the part, because he set me at ease.

“Alison and I also had an audition together, a chemistry test, really. I know that David Yates more than any of us was considering the long term and finding people that really had an easy connection. That’s what it felt like with all of them: I didn’t have to force that connection, it was kind of instant. There’s so much hard work to do when you’re making a film, all this stuff that you can have from the start as a given just makes it easier. It’s just smarter to start from a point where you’re already connected.”

How she felt close to J.K. Rowling through the script:

“There’s so many things that I love about the script, but one thing that struck me about it when I first read it was that it seemed to me a perfect balance of the familiar, for the die-hard Harry Potter fans, and also just a totally new plot—all these new characters in a new period, in a new city. It’s fantastic because if there happen to be a few people on planet Earth who aren’t pre-existing fans, this thing really stands alone, and then if you are the obsessive fan who’s read each book countless times, there are little gifts for you in it: Easter eggs. In my experience, when a script is really well written, when the characters are really well drawn, you don’t actually need advice from the screenwriter on how to play the part because they’ve given you all the advice in the writing. Usually you get into those long conversations of how do we do this, how am I going to sell this, communicate this character to the audience, when it’s underwritten. I felt like I knew J.K. [Rowling] when I read the part and it felt like I was in conversation with her. I think that her heroines are very close to her heart and that Tina and Hermione both have a lot of her in them. It was strange: there was part of it that felt like reading her journal a little bit.”

If she could cast one (very relevant) spell: