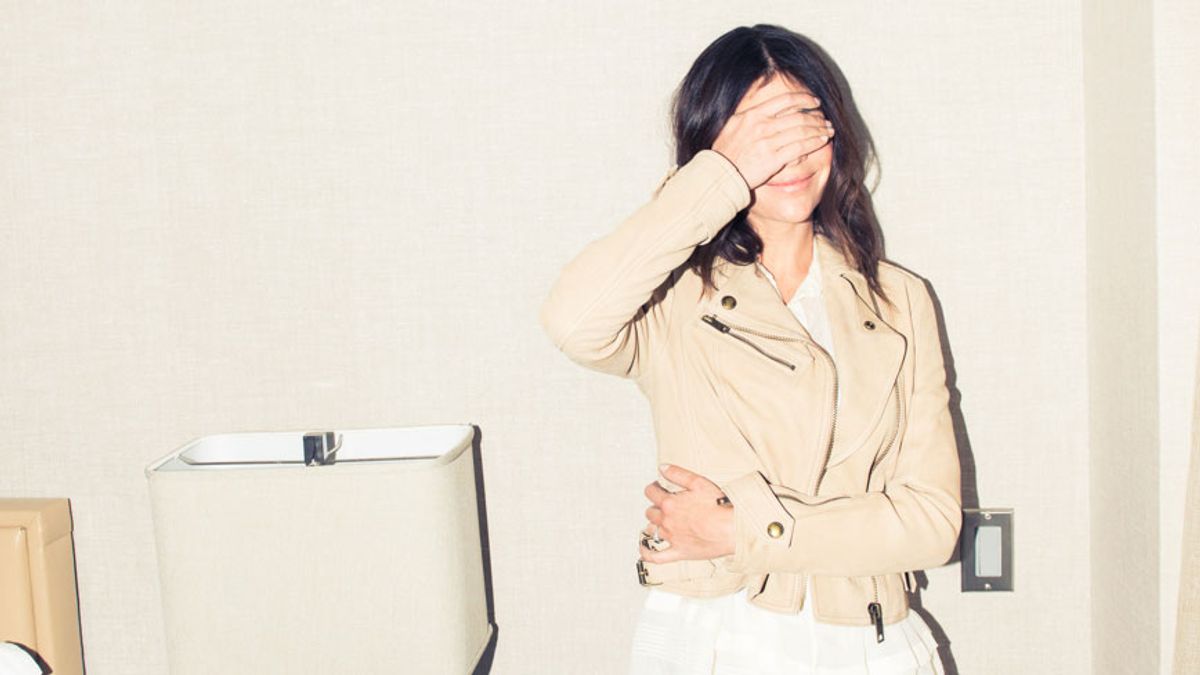 America Has a New President

Our political columnist is shocked.

Emily Barasch is a Manhattan-based writer who regularly contributes to Vogue.com, TheAtlantic.com, Mic.com, and Vice.com.

Real-estate mogul and reality star Donald Trump handily won last night’s Presidential Election over Hillary Clinton. To the shock of pollsters and those rampantly and repeatedly checking Nate Silver’s thought-to-be-definitive FiveThirtyEight, he nabbed key swing-states: Ohio, Florida, Wisconsin, North Carolina, and even Pennsylvania. It wasn’t even close: he upped her by 71 Electoral College points. The New Yorker called it “an American tragedy.” Indeed.

For me (and so many others), this election was personal. My family’s story is an immigrant story: I am first-generation on one side and not too far away on the other. I am a woman, like most women, for whom sexism and sexual harassment has not been unfamiliar. As a 14-year-old, a car stopped me on the street asking for directions and as I leaned into the window to oblige, the man was pants-less and masturbating. I’ll never forget his smug smile when he saw me notice. This is just one story—one story that I thought of when Trump’s “grab them by the pussy” video and subsequent allegations came out.

A couple years later, in high school, I wrote an op-ed that posed the question: Why do we, as girls, apologize more than our male peers in classroom situations? But ten years later, I still apologize. I begin emails, “I’m sorry to bother you…” I apologize for being early; I apologize when I share opinions. I apologize to my boyfriend so much, he tells me to stop. Mostly, I apologize for taking up the space I rationally know is mine.

“For me (and so many others), this election was personal.”

Hillary was supposed to be one end to these apologies—not just for me, but for girls growing up everywhere. A female boss in the White House. She did what she needed to do to get ahead, and she was the vastly more qualified choice, perhaps one of the most qualified candidates in political history: a fact that ultimately didn’t matter.

But she was never a perfect candidate. She embodies the establishment and, in many ways, the role of money in politics. (See: the popularity of Bernie Sanders and that infamous picture of Hillary and Bill hamming it up with Donald and Melania at their wedding.) There were skeletons in the Clinton family closet, revealed and untold—from Monica Lewinsky, the Trump argument against his own sexual misconduct allegations, to Benghazi, to the emails, the gift that kept on giving for the Republican Party. Moral equivalency was a tough game to play in this election.

Still, I felt safe reading the polls, the wide majority of which had HRC taking the lead. I did a little phone banking and posted on social media. I left the hard work to my friends truly working the campaign, for whom I am so grateful. It honestly seemed, even after the newest email scandal—thanks, Anthony Weiner!—like perhaps not a cinch, but a definite win. Yesterday, I was giddy at the polls, snapped an obligatory “I voted!” Instagram, and went on with my day, confidently walking into Election Night.

“This will wake us up, educate and galvanize us, that the lessons of this election will be learned.”

Thus commenced the scariest several hours of television I’ve ever seen—including when I bought The Ring on Pay Per View—in which practically every battleground state turned red. I felt numb, playacting in a perverse and grotesque nightmare. At the end, President Donald J. Trump became a sick reality, in large part due to a Brexit-like surge of unpolled white voters.

The emotions are deep: a blinding confusion and recognition of my own naïveté; guilt about the time I spent online, preaching to the choir of followers; fearful of the impact this will have on so many important issues, from gun control to reproductive rights—looking at you, Mike Pence—to the environment, to the all-important appointment of Supreme Court justices; horribly sad for the millions of citizens who now feel unsafe in this country; and outraged at the results’ tacit acceptance of the mistreatment of women, racism, xenophobia, and the mocking of the disabled.

I know I am not alone and that there are reasons for hope. That this will wake us up, educate and galvanize us, that the lessons of this election will be learned. That we can choose involvement over nihilism because we are stronger together.