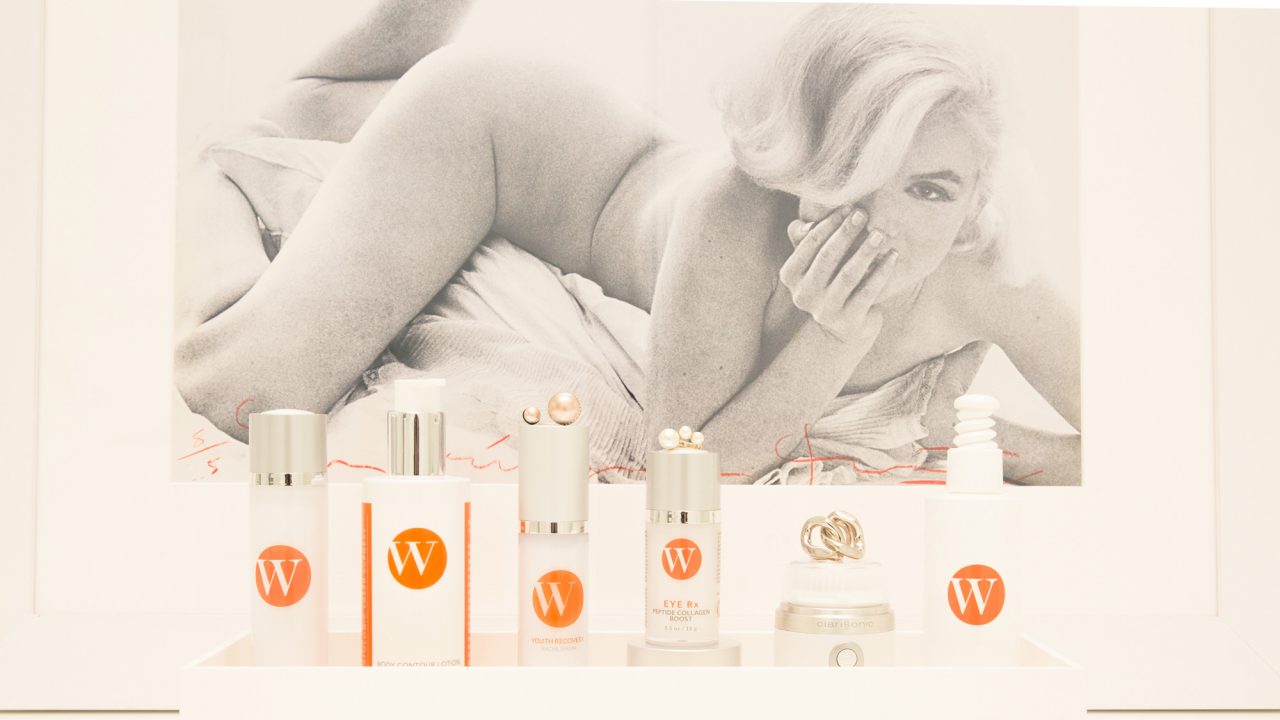 For most of us, an election year means learning about the issues, anxiously watching the debates, voting and, in the meantime, sheltering ourselves from the fallout that is the insanity of this particular year. But for people who are more *intricately* involved, what with the 24-hour news cycle, there’s the added stress of being on TV—HD TV, to be specific, where every enlarged pore and dark circle is out there for the whole country to see. And despite the fact that one’s skin problems are probably the least of the nation’s worries, the talking heads we see everyday on CNN, MSNBC, FOX, etc., etc., go to one woman to make sure they’re camera-ready all cycle long: DC’s Dr. Tina Alster. Never ones to be left out, when we were in our nation’s capital last week, we had to pay Dr. Alster a visit, too. “Before an election year, it really picks up,” she told us. “Everyone is doing the talk shows and everyone and their brother comes in.” Here’s how everyone and their brother gets HD TV-ready skin.

First, protect and repair at home

“First and foremost, [pundits] have to up the ante with what they’re doing at home. It’s almost like priming the canvas. Avoid the sun; in the daytime, protect not just with sunscreen, but with an antioxidant, whether it’s vitamin C or E—I make my own conglomeration. That actually clears away free radicals in the skin that are produced by excessive sun damage. Those free radicals are like Pac-Man; they break down the skin. What you want to do is reverse that. Certain antioxidants improve the effect of sunscreens on the skin.

“Protect during the day and then repair at night. Let’s say somebody has blotchiness in the skin. That’s when we’d have to use things that would help even out the skin tone. If you have uneven skin contours, you want to improve new collagen formation, so we have you use peptides or Retinoic acid derivatives. If they have acne, clearly we put them on anti-acne creams. The bottom line is: protect during the day and repair at night.”

Then, bring in the big guns (i.e., the dermatologist)

“In terms of things we can do in the office, I like a very light Fraxel treatment. [It’s called] Clear and Brilliant—it works so well and makes you glow. Certainly from a medical standpoint Fraxel really does help to tighten pores, increase collagen production, get rid of dark circles and even out the skin tone more. But I don't like to do it until someone is on a good skincare routine—that really is the foundation.

“If someone has a ruddy complexion, that’s when I use the vascular laser or the IPL, which is Intense Pulse Light. It’s better than putting on a lot of makeup—if you’re doing that, it never looks right.

“The other thing I’ve been doing for people with large pores on the nose is micro-needling. It’s really helpful for women who have lines around the mouth as well. Then you really only need a couple of days of healing. I even let people put makeup on as early as one day afterwards. They already look better by then.”

Right before the cameras turn on...

“One of my big tricks to get ready for TV, if someone does complain about circles under the eyes, is taking an oral antihistamine like Claritin. Not Claritin D, because the decongestant drives you crazy. Just a straight-up 24-hour Claritin before you go to bed. It doesn’t make you tired like Benadryl because it doesn’t cross the blood-brain barrier, but when you get up in the morning you are much less puffy. Taking a Claritin or a Zyrtec over-the-counter—it’s even better than Visine. A lot of people have allergies and they don’t realize it. They say, ‘Oh, I don’t like these bags under my eyes.’ [I say,] ‘Well, you know you look allergic to me, so take an antihistamine.’”