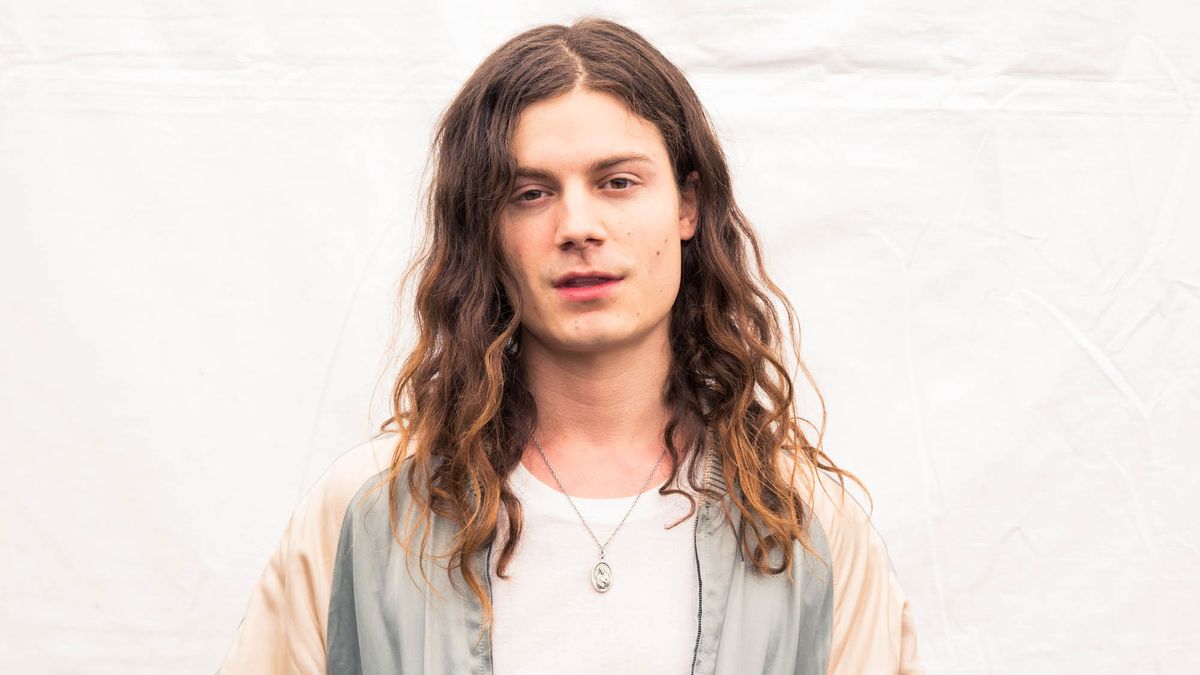 We Met Børns At The Meadows Festival

...and he confessed his love for tequila and Gucci to us.

We don’t want to brag or anything, but we're pretty sure our Sunday afternoon was better than yours. Because we spent a good chunk of it perched on top of a pile of old tables (chic, we know) with Børns, a few hours before his performance at The Meadows Festival. Børns, dressed in jeans, a cut-off white tank, and a Gucci bomber (topped off with a yellow manicure, of course), gave off such chill and carefree vibes that we couldn’t help but feeling like we’d known him forever while we quizzed him on his haircare routine, working with stylist Kat Typaldos, and his background as a magician.

Our appreciation for Børns only grew deeper when we saw him perform later in the day. First off, we realized that he truly does share our obsession for Gucci (confirmed by way of his logo belt he was wearing), and second, he had the audience singing and dancing along to every word that came out of his mouth. Oh, and did we mention he did covers of both Elton John’s 'Bennie and the Jets,' and David Bowie’s 'Heroes', too? We told you it was the best Sunday ever.

His thoughts on The Meadows:

"I've always enjoyed New York audiences, they always have good energy. We've been on tour with The Lumineers [lately] and they have a very specific audience, so it's been [like] introducing yourself every night, you know what I mean? A lot of times their audience don’t necessarily know us, so it's [exciting], but it's also about making first impressions. Hopefully some people know us here!”

On if he has a pre-show ritual:

“Not really. It's always different. Normally we have a bus with things on it that we have accumulated over time. You have your tinctures, your special tequila, everything! You have your safe zone. But we just flew here, so I feel a little disoriented right now. We haven't had a fly date in a while now. I don't have anything with me! I'm probably just going to go out there and play.”

How he chooses his look for a show:

“It's a pretty arbitrary decision. Not much thought goes into it. I just kind of get dressed and show up.  I think there is some telepathy between me and my band—we've just been on the road for so long, it's been crazy. We don't even talk to each other before about we are going to wear; we all just show up and are coordinating somehow. It just happens! We just kind of know because we've played so many fucking shows.”

On his relationship with stylist, Kat Typaldos:

“She’s the best! We're best friends. She is always pushing the boundaries, well, both of us are. We have very similar aesthetics and influences, so we are always sending stuff to each other like, ‘Look at what I found today in this weird thrift shop in Arkansas.’”

On his personal style:

“I've got a thing for 80's blouse-y silk tops, and just weird novelty vintage t-shirts—old Domino's t-shirts, The Noid t-shirts—or sporting events from other countries that you don't really know what they say but it's cool.”

His relationship with Gucci:

“Kat got a few pieces for this late night show that I played last year, then the Gucci folks reached out and Alessandro [Michele] flew me out to Milan. I got to meet him and spend some time with him. He is such an amazing human being. I just love everything that he touches basically. He has got the Midas touch! They have been so great and so gracious to me.”

On his favorite piece of Gucci he owns:

“I have this jean jacket that has wool inside and all this embroidery on it—it’s the warmest thing I’ve ever put on. And this [jacket that I’m wearing]—I wear this all the time. It’s Gucci [and] has an Eagle [on the inside]. I love it.”

On if he has a daily hair care routine:

“Not really! I don't really wash it that much. I'm very into natural oils and letting your own body work itself out. Just eat well—eat natural things and your hair will do natural things. A lot of people think, ‘What do I need to put on my skin or in my hair to make it better?’ Just think about what you are eating, because it is all going to permeate.”

His transition from magician to musician:

“I didn't really make a jump or make a perfect transition, but there are a lot of similarities. I was ten when I was doing magic, it was a way to be my own business man. I learned about being a front man, performing, making a show, and catering it to an audience. It taught me a lot about that. And making money!”

If he would ever perform magic while performing:

“No, that is more my late night cocktail, one-on-one kinda thing. If the moon is right, I'll show you a trick.”