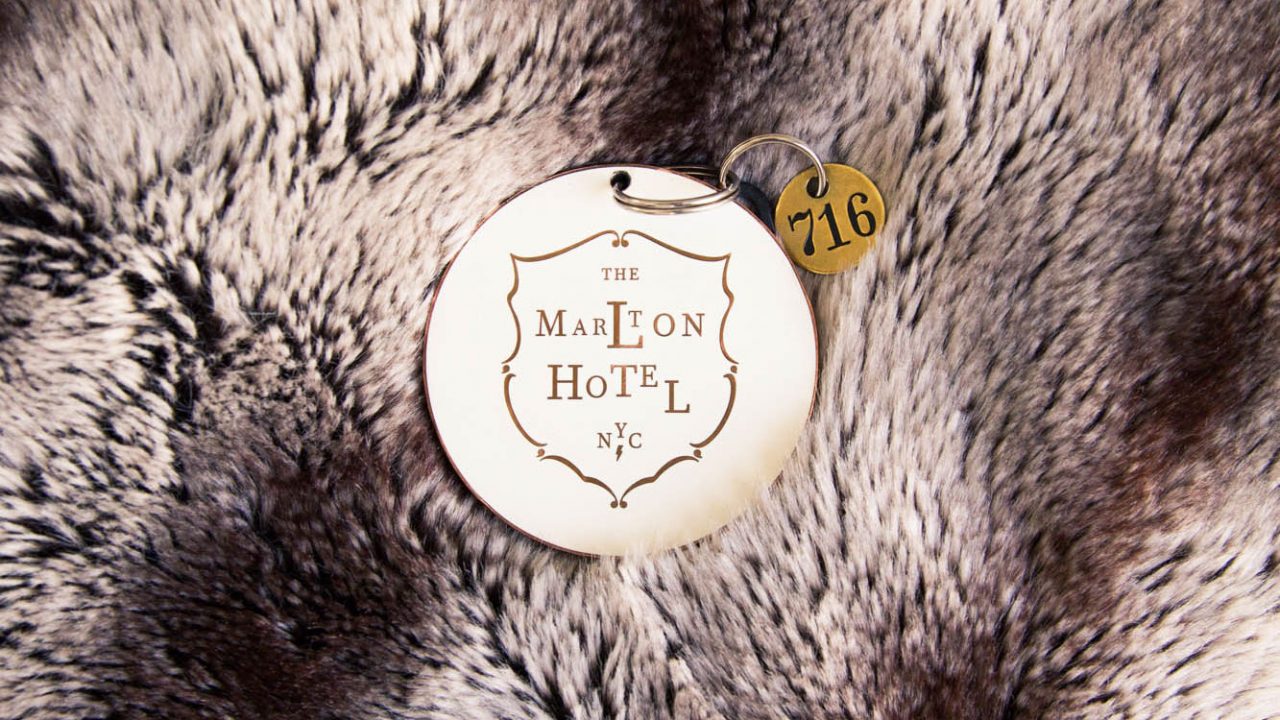 A Case For the Staycation

Because Greenwich Village’s The Marlton makes a really good one.

It’s about that time! It’s sweater weather. And as far as New York goes, this means we can actually walk around and enjoy what the city has on offer without, you know, arriving at our destination drenched in sweat or frozen to the core. But it also means we kind of just want to hibernate (not be bombarded with invites out east and running to catch the Amtrak to a beach, any, beach). So instead we decided to plan a little staycation at Greenwich Village’s Marlton hotel. The boutique (shouldn’t all accommodation be boutique? ) hotel is all wood paneling, crown moulding, moody lighting and mahogany-smelling. A weekend there is exactly what we needed—relaxing and with just the right amount of anonymity to make you feel far away from your cramped apartment down the road. So much so that afterwards we wrote you, our readers, this handy little guide to staycation-ing like a pro, so that after work on Friday your plans are set. Because who really wants spend the weekend battling TSA lines at JFK when you could be here instead? 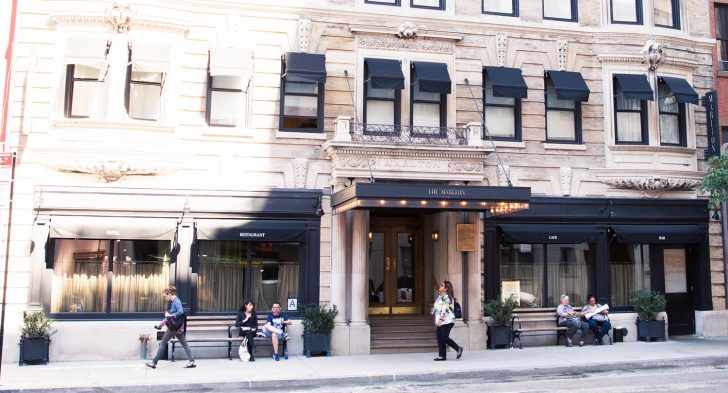 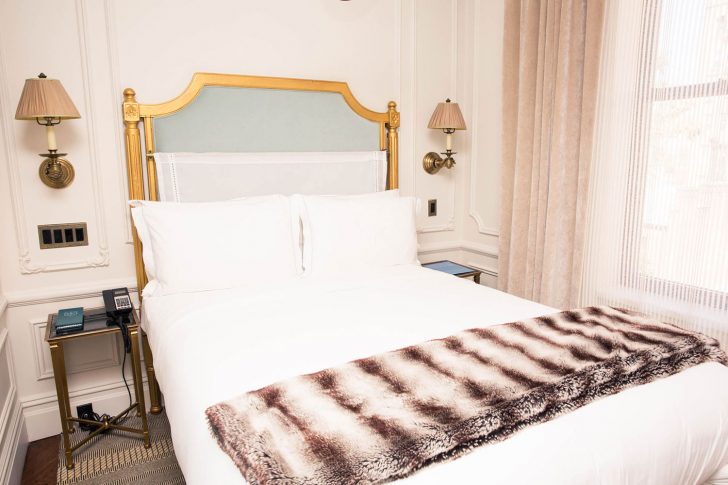 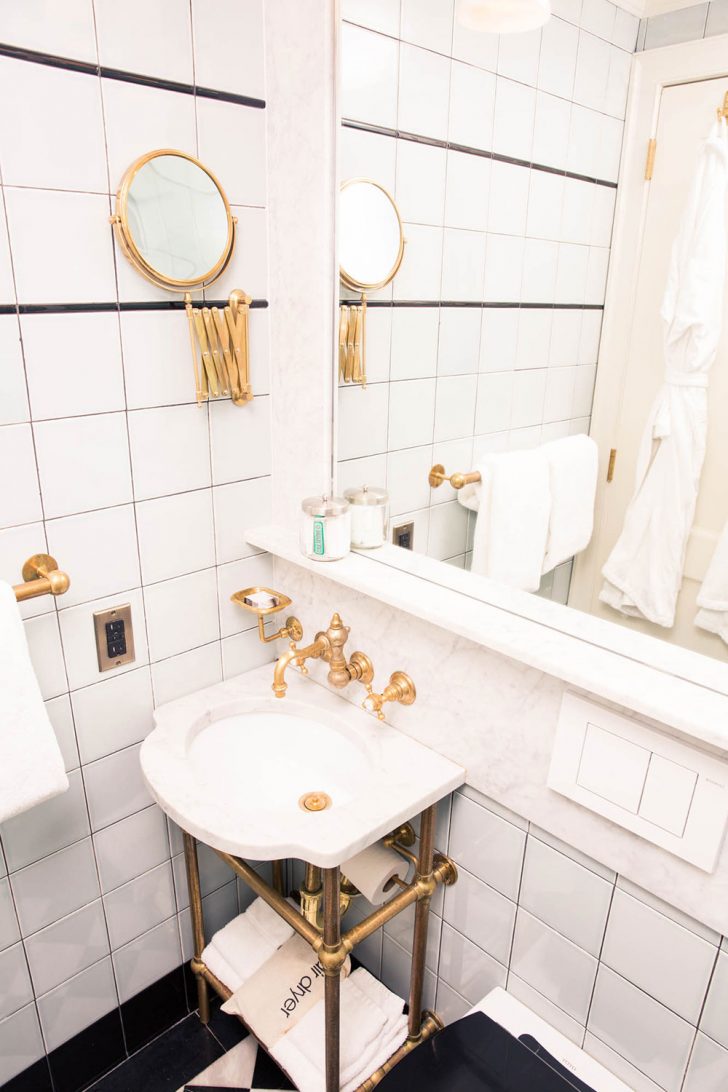 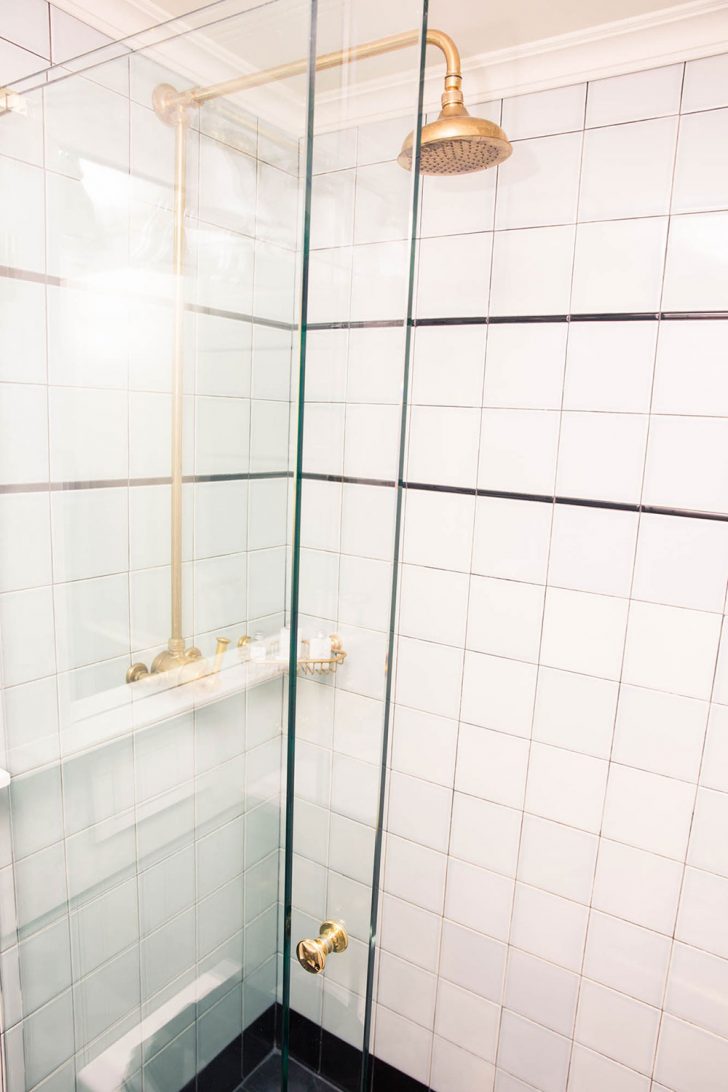 Head straight upstairs to your sophisticated dollhouse-sized room, and immediately run a bath in their super luxe marble and gold bathroom situation (perfect for the ‘gram.) Don’t sleep on the toiletries either: mini Marvis toothpastes are made for pocketing. Once you’re feeling good and sleepy, climb into the very crisply made bed, make silent promises to make up your bedroom at home like this all the time, and then pass out for an hour. 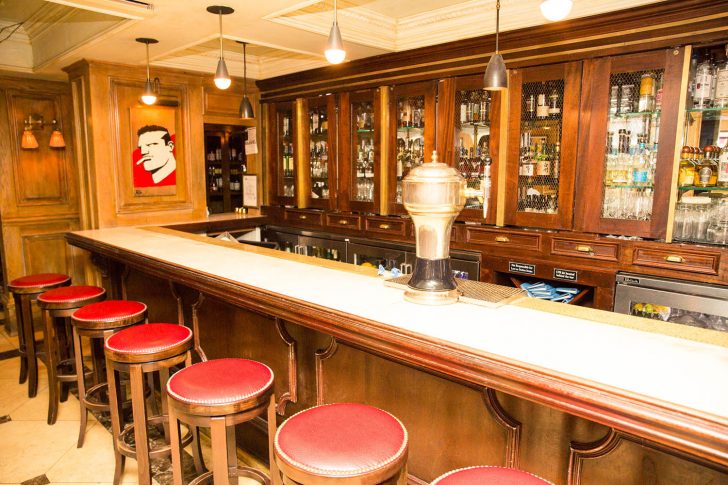 When you rise from your refreshing nap, head downstairs to the lobby and find the nook of a daytime coffee station turned cocktail bar by night. Ask Corey to make you his signature, The Lobby Boy—inspired by The Grand Budapest Hotel—a smoky drink served in a cute mini flute that also tastes sweet, thanks to the addition of lemon and honey. 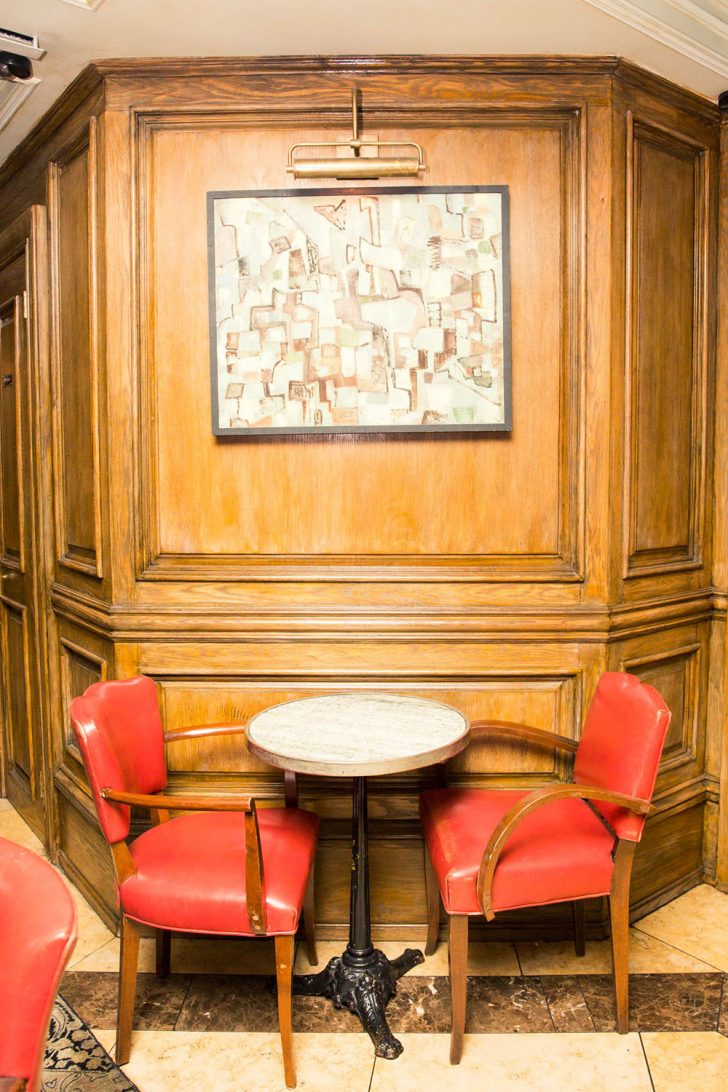 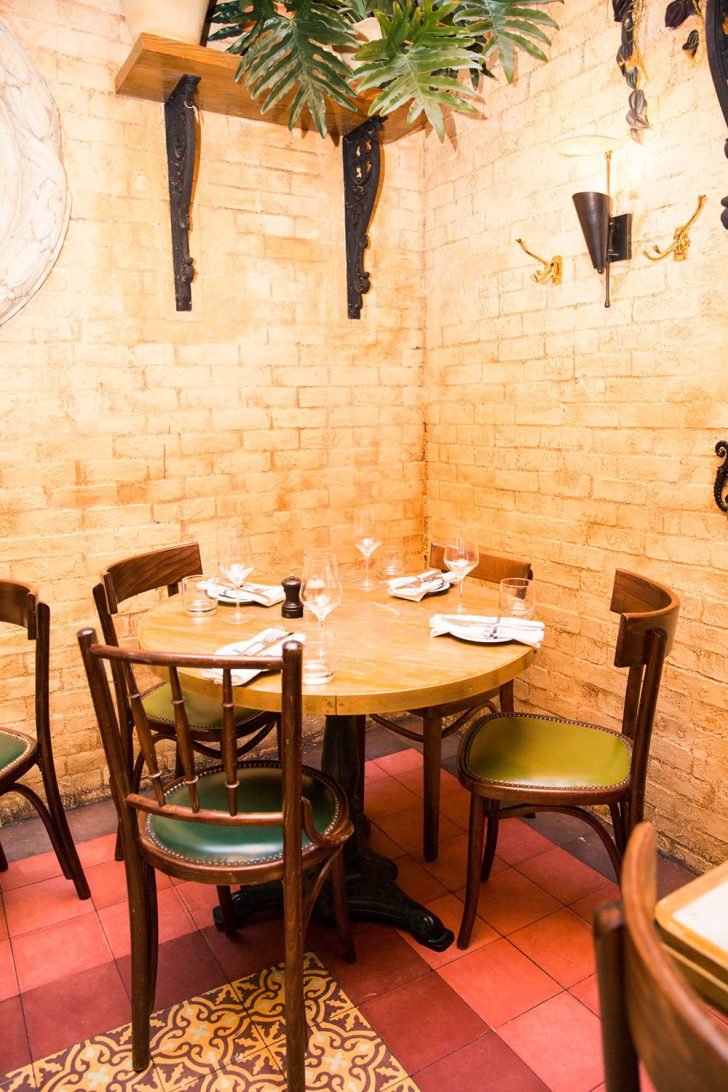 At Margaux: One of those hotel restaurants you’ll want to come back to again and again for drinks with friends—it feels very hidden, very luxe, and very much not hotel-y. But the best part is ordering. My tips: two bottles of Bordeaux, the country bread, complete with full fat dairy (yup) butter and whipped ricotta—today’s not the day to not eat bread okay?—olives, every single board (there’s a few), kale salad (because, veggies), the grass-fed steak—really a pile of tender bite size pieces of filet— and French fries, duh. And a whole Amish chicken. For dinner for two, that’s my recommended minimum. 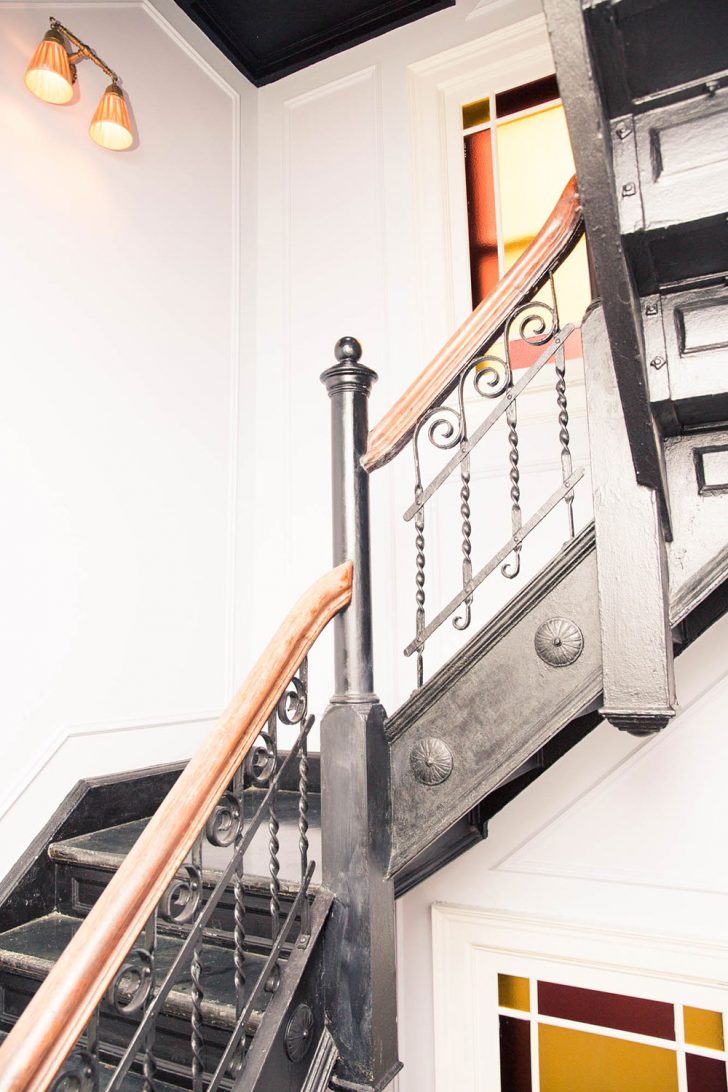 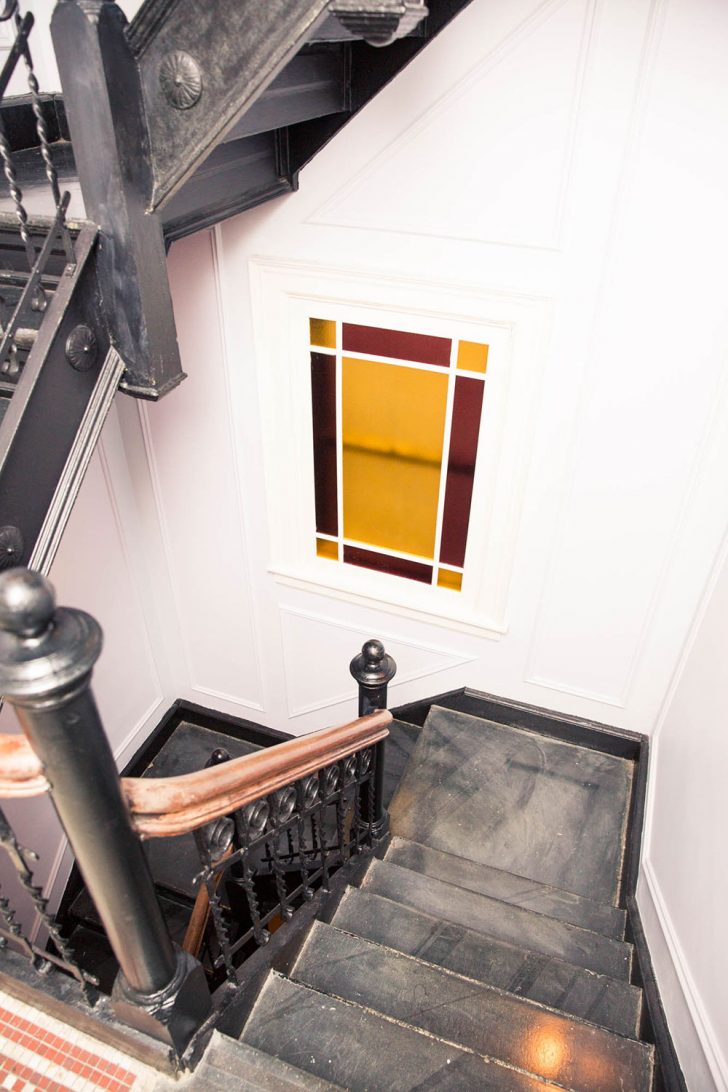 If you’ve been persuaded into one of the comedy bars on Greenwich Village’s Macdougal Street before, you probably think you’re done with the comedy circuit. But if you haven’t been to the OG Cellar, you’re missing out. The three decades-old dark, basement stage is a place where careers were formed and because of that, some of the best comedians in the business are known to drop in without notice, just for fun. Who knows—you could get a show from Louis C.K. 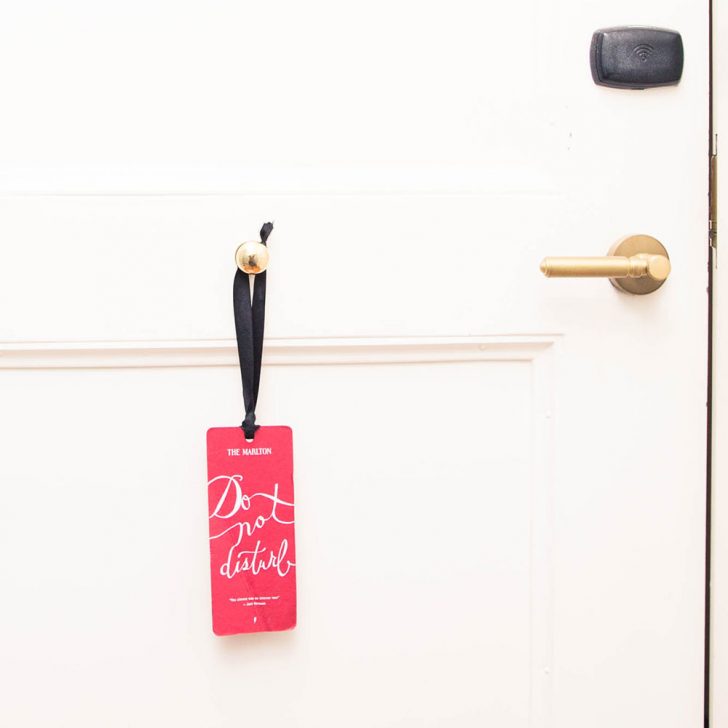 This is a staycation must. After coming home a few (um….) drinks in from dinner and the Cellar, head to your room and eat ALL the locally sourced minibar snacks (sans guilt about their inflated prices, because yolo). Indulge in this midnight snack from your bed, because there are no real world rules in hotels, all while watching trashy TV, then pass out. No counting sheep needed. 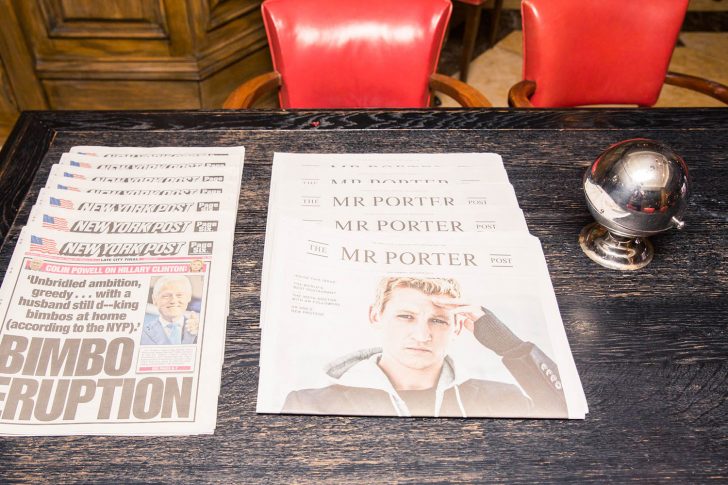 Enjoy a (gratis, yas) breakfast of avocado toast, then head out on a guided walking tour of the Village—we know, but just trust us. You’ll become privy to all sorts of useful (and not so useful) information about the neighborhood that, if you live in New York City, we’re guessing you’ve spent a lot of time in. And then when your parents (or other adult-ish people) come to visit, you can impress them with facts like how Andy Warhol and Jack Kerouac used to shack up at the Marlton (back when it was $10 a night) or how Bob Dylan would play his guitar in Washington Square Park for slices (BTW, I would do the same for Joe’s Pizza in a second).